Goolugatup is a Noongar word meaning the place of the children. The area was a permanent lookout, fishing and camping ground for the Noongar Beeliar people particularly Midgegooroo, Yagan and Mundy. From the 1840s it was used for grazing horses and cattle, and then as a holiday retreat. In 1929 it became the site of a new mental health facility named Point Heathcote Reception Home. The facility closed in 1994, and after a community campaign to 'save Heathcote', the area became an arts and cultural centre. 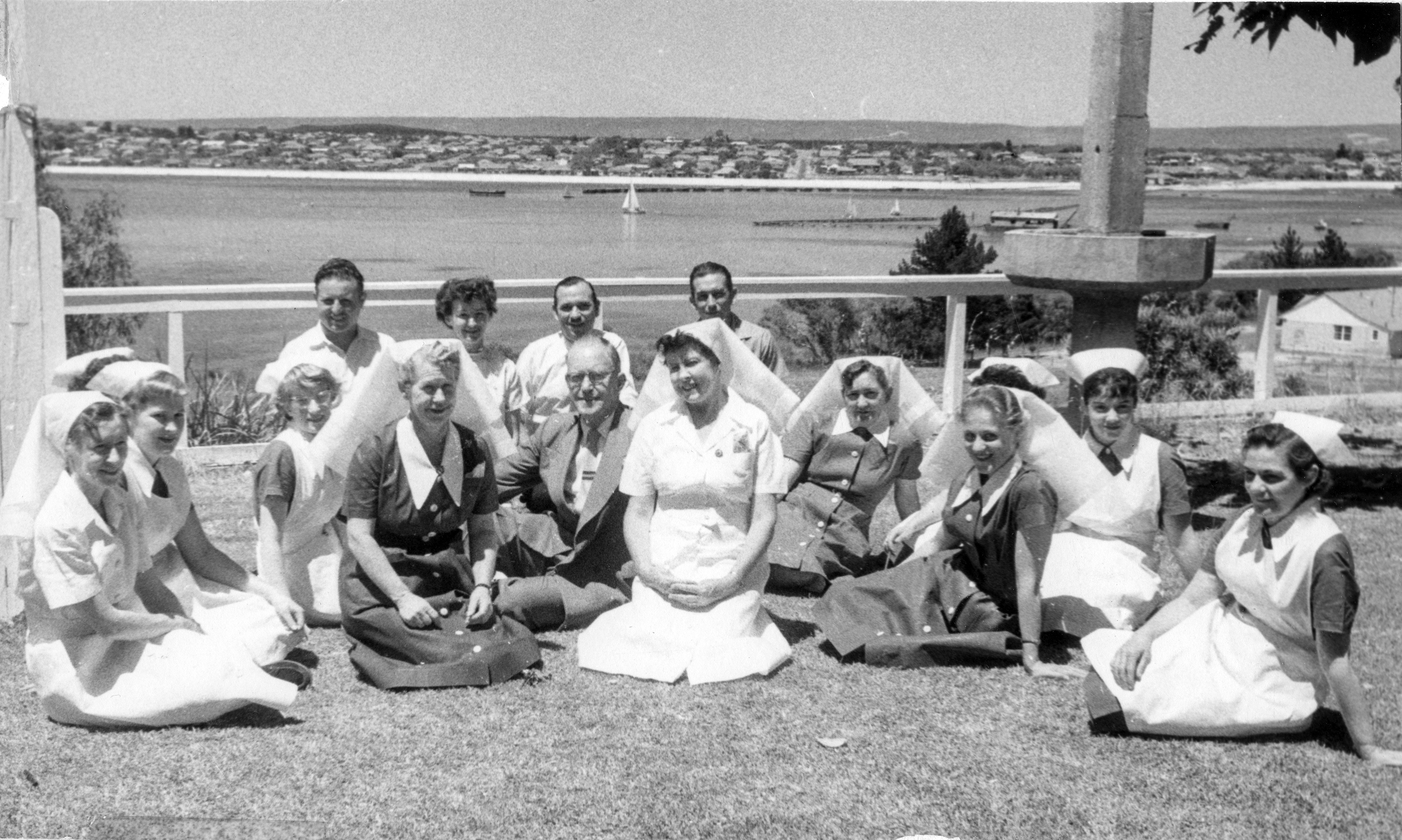 Goolugatup was one of the landing and camp sites of Captain James Stirling during his exploration of the Swan River in 1827. Stirling intended to assess the potential of the district for settlement. The area was named Point Heathcote after one of Stirling’s crew members, Midshipman G.C. Heathcote, who is said to have been the first European to set foot here.

From the 1840s it was used for grazing horses and cattle. During the mid 1890s, Mr Alexander Matheson subdivided the surrounding area for residential development, but Goolugatup Heathcote remained undeveloped as bushland. In 1918 the Catholic Church Christian Brothers secured the land with the intention of establishing a boy’s school. The land was used as a holiday retreat until 1923.

The Point Heathcote Reception Centre was completed in 1929 at a cost of 55,675 pounds and initially provided for 76 patients (male and female). Additional buildings and alterations were constructed between 1940 and 1980 to cater for the changing needs of mental treatments. This included Swan House, built in 1940 as the admission and treatment wards, now serving as the Gallery. 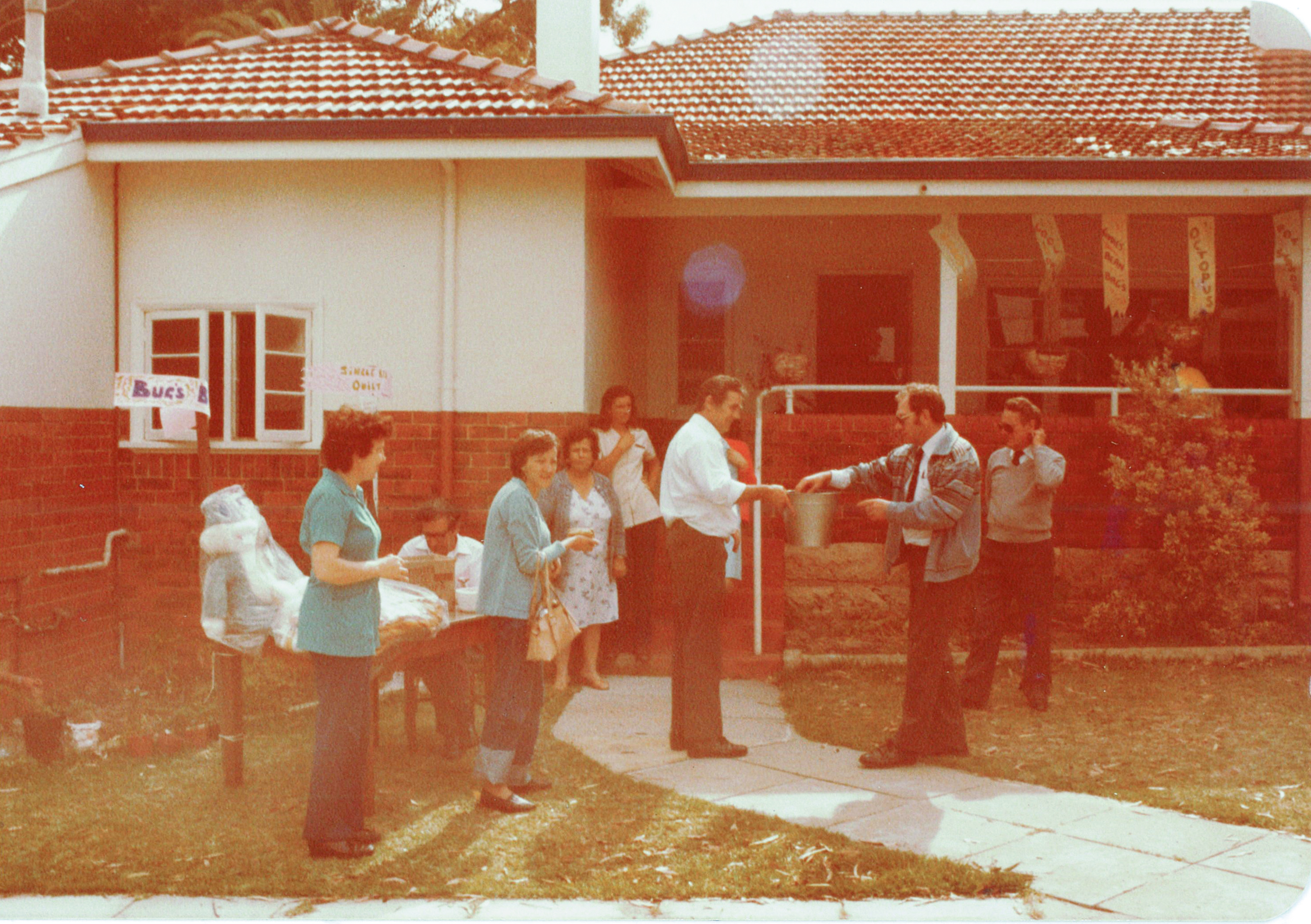 Heathcote hospital closed in 1994. In 1997 the City of Melville commenced discussions with the State Government to restore the site for the people of Western Australia. The land is part of a heritage precinct of conserved and reused buildings.

In the late 1920s a new mental health facility was established at Goolugatup, and named Point Heathcote Reception Home. The need for a new mental institution in Perth had arisen due to an increasing number of patients and the deteriorating conditions at the Claremont Mental Hospital. Eight hectares of land were purchased from the Catholic Church in 1923. Point Heathcote, situated at the junction of the Swan and Canning Rivers, was considered to be most suitable for patients. It offered peace, tranquility and beneficial sea breezes.

The Point Heathcote Reception Centre marked a new attitude towards mental health. It broke away from the traditional way of treating and housing the mentally ill. The site was developed to be harmonious and aesthetically pleasing. It offered both communal and private spaces for patients and staff. The Centre was used as a home for what was then understood as “mildly afflicted” patients. Patients considered to be “more acute” were sent to Claremont.

The original site consisted of male and female blocks, an administration block, staff quarters, kitchen block, storage rooms and boiler house. There were also tennis courts, sports areas and extensive gardens and lawns. The Water Clock Tower was designed in 1928 by architect J. Tait. It contained water for the Home and an electronically operated clock. 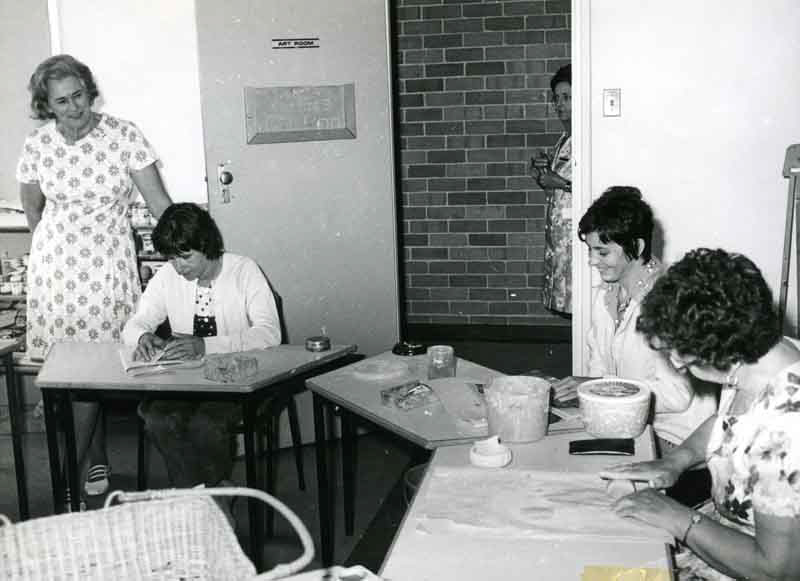 Before 1827 – Part of the tribal lands where the Beeliar people lived and hunted.

1827 – Point Heathcote became a camp base for Captain James Stirling and his crew. It was assessed for settlement possibilities and a garden was established to test the soil. Heathcote named by Stirling after Midshipman G.C. Heathcote-said to be the first European to set foot there.

1829 – Captain Fremantle visits Heathcote in May. Captain Stirling considers Heathcote as the site for the capital city but finally chooses Perth, as it was seen as being better endowed with suitable resources and more favourable for communications.

1862 – A Working Men’s Association picnic held at Point Heathcote-possibly its first documented use for public recreation.

1896 – Heathcote subdivided for residential development by the Melville Water Park Estate Company (Matheson was a director).

1896 – Eleanor Matheson gains ownership of the tip of Point Heathcote from her husband Alexander.

1906 – Much of the land on which Heathcote Hospital is now to be found was transferred to Eleanor Matheson from the Perth Trust Ltd.

1922 – Melville Roads Board protests at the possibility of a Catholic Boys School being built on the Heathcote site and request that the State Government resume the land for use as public open space. The Public Works Department requests a title search on Swan Location 61.

1922-1925 – Debate occurs as to where a new Reception Home is to be located. It is eventually decided that Heathcote is the best place.

1926 – Amended plans submitted after debate over the cost and size of the project. (1) The design was under the direction of the Government Architect of the time, W.B. Hardwick. Construction of Heathcote Hospital commences 1926.

1927 June – Lot 8 of the Heathcote site is resumed from the London and Western Australian Investment Company (the Mathesons had an interest in this company).

1928 – Plans for a Water and Clock Tower are designed by the Principal Architect J.M. Tait and approved the same year.

1935 – Fears of overcrowding and the mentally ill in general cause the Melville Roads Board to request that the Government move the Hospital elsewhere. Inspector General for the Insane responds by accusing the Board of ignorance andselfishness.

1938 – Royal Commission appointed to inquire into The Heathcote Mental Reception Home and the Administration of Mental Hospitals generally.

1940 – Additions added due to overcrowding – namely a treatment block (Swan House) for an additional 26 patients and costing £15,000.

1957 – Superintendent’s quarters extended and converted to a Day Centre.

1960 – Friends of Heathcote started – a voluntary organization to champion the cause of the mentally ill. The first full time occupational therapist is employed. Occupational therapy conducted in one of the dining rooms.

1962 – The Social Therapy Department is built after lobbying from the Friends of Heathcote. It had an occupational therapy wing, a hall and a canteen.

1968 – Friends of Heathcote provide the hospital with a new swimming pool.

1972 – Avon House is opened for more patients and for administrative purposes.

1981 – A report commissioned by the State Government recommends that Heathcote should be closed.

1989 – State Cabinet announces that Heathcote is to be closed.

1990 – In September, a public meeting results in the establishment of a committee to prevent redevelopment of the site for residential purposes.

1991, March 6 – Heathcote Hospital and associated site passed for classification by the National Trust.

1993 June – Heathcote Hospital placed on the interim register in the State Register of Heritage Places.

1997 – The State Government and the City of Melville come to an agreement that the upper lands of Heathcote be set aside for public use and the lower lands for housing.

2000 – Heathcote Hospital site opened to the public Sunday, 19 March by Premier Richard Court after a $6 million refurbishment by the City of Melville.

2001 – In January, the Liberal State Government (soon to lose office) and the City of Melville sign the Heathcote Coordination Agreement (HCA) to save the lower lands and rezone it for parks and recreation.

2001-2002 – Fears and rumours abound over the possibility that the State Labor Government may sell off the lower land of Heathcote for housing.

2002 – State Government announces that Duncraig House (originally a nurses quarters for Heathcote Hospital) is to be sold.

2003 – Work begins on the Canning House café, kiosk, restaurant and function room at Heathcote. Duncraig House is sold to an Applecross businessman for more than $4 million.

2015 – Heathcote becomes home to a range of artists, creatives and not for profit organisations.

2019 – After extensive renovations the gallery entrance is moved to the original hospital entrance and becomes the administrative hub of the site.

2020 – The site is renamed Goolugatup Heathcote in order to better represent the significant Indigenous history of the site.
‍
For any research enquiries regarding Heathcote site history or the museum collection, please contact City of Melville Museums & Local History team on 9364 0158 or museums@melville.wa.gov.au
Bibliography