Those who put their mark upon it last, more often than not, interpret the history of a place.

“Goolugadup - Kal-ya-gul” responds to the site in a way that is inclusive of Noongar people and their sense of belonging to Goolugadup, the current location of Heathcote. This exhibition acknowledges that by looking back we are able to celebrate Noongar culture in a place so changed over time. The work incorporates the use of resins and artefact once abundant at the site and tells the story of the lives lived within and around the landscape now known by many as Heathcote.

Goolugadup – place of children – is a significant site where Wadjuk Noongar families would camp, fish, tell stories, sing, teach their Coolunga’s (children) at play and enjoy ceremony. Well-worn biddi’s (paths) show the way to the natural springs that feed through the base of the hill on which Heathcote now occupies. These springs supplied fresh water to families, revealing themselves in places simply by scratching at the surface of the beach, and waiting for the water to pool. A lookout where the buildings now stand, give an unbroken view from east to west, securing home from a wide vantage point. Looking down below, just out from the shoreline of the Derbal Yerrigan, traditional fish traps are being tended to bringing in seasonal nourishment. Sea grass, now almost absent from the riverbed, attracting schools of mullet, a staple for families as well as oyster; the scatterings of their broken shells lasting lifetimes after the feast.

These are the images that the work of ““Goolugadup - Kal-ya-gul” suggests and their memory lives graciously in our oral traditions and in our art.  But this exhibition is not only about place. It is also about the people left to remember, making the work a double-edged sword – triumphant while at the same time slicing toward the heart. Research, traditional or otherwise, become pieces of a jigsaw puzzle, that when assembled leave you mourning over the loss of the story you’ve pieced so carefully together. Exhibiting in a space where head and heart must live separately. The work invites the audience to share with respect, the beauty and deep sadness inseparable during the whole of the creative process. Pride and trauma, awkwardly building from its conception to the installation of the works and, perhaps beyond.

Recognising this has influenced, at a very deep and personal level, the materials and media that I have chosen to create these works with. Gathering the resins, traditionally women’s work became a quest for the young women in my family. From watching the initial apprehension and fear of my granddaughters as their hands went up under the Balga tree ‘skirt’ in order to feel for the clusters of resin, to the look of sheer delight on their faces when they found some, spider free.

It hit home that the cultural traditions of harvesting and gathering natural materials to make tools and artefacts, has been ongoing for thousands of years. Though, in this case they are being used for a different purpose, it’s a tradition that now continues on through my granddaughters, which makes me feel truly blessed.

The materials speak for themselves; the Balga, Marri and Acacia gums continue to be used for tool making as well as for medicinal purposes and the bark of the Jarrah tree has various uses.

The Zamia Palm seedpods were harvested from the Heathcote site, the very same Zamia’s may have been growing there at the time of first contact.

The sea grass balls were a primary source of food for the schools of Mullet that were once prolific in the Swan and Canning Rivers.

Natural ochres were and continue to be used for body/art ‘decoration’ as well as for ceremonial purposes.

Native honey was a favourite staple food for my people and the bee’s wax is representative of this.

Shellfish ‘bead’ remnants were used as mussels and oysters were once prolific around the shorelines of Melville Waters and within the vicinity of Point Heathcote.

Other materials that were used are cotton muslin, linen, paper clay, oil and acrylic paint, hand made papers, wire, wood and hemp, cotton and linen string.

““Goolugadup - Kal-ya-gul” allowed me to utilise the natural and organic materials that my ancestors have used for eons. The use of our traditional materials not only guided me in regard to what these works needed to say but they also grounded me. They helped me to focus on the importance of this residency and the story that needed to be told about this place, which, up until now hasn’t been told through art. I feel both honoured and proud to be the one to tell and share our story with you.

Though this is the story of the Noongar people and their ongoing presence on this land for over 50,000 years it also reflects on the nature of change - layering something new over something old.

The process in wax encaustic is symbolic of historical change where one layer is given ample time to set before another layer is added on. What lies underneath, over time, becomes somewhat obscured but not erased. What always remains is Our Country and it will continue to call us all home. 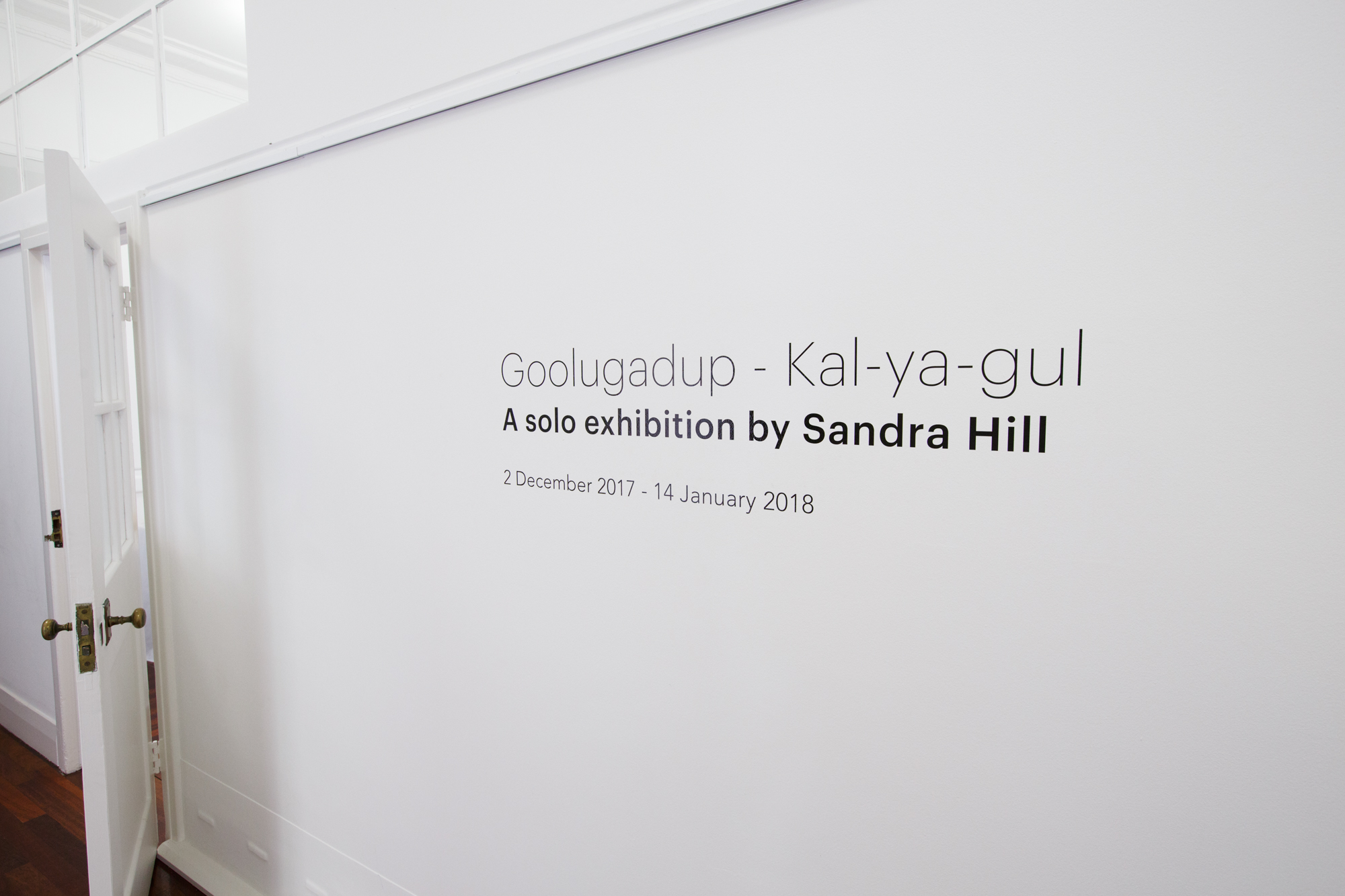 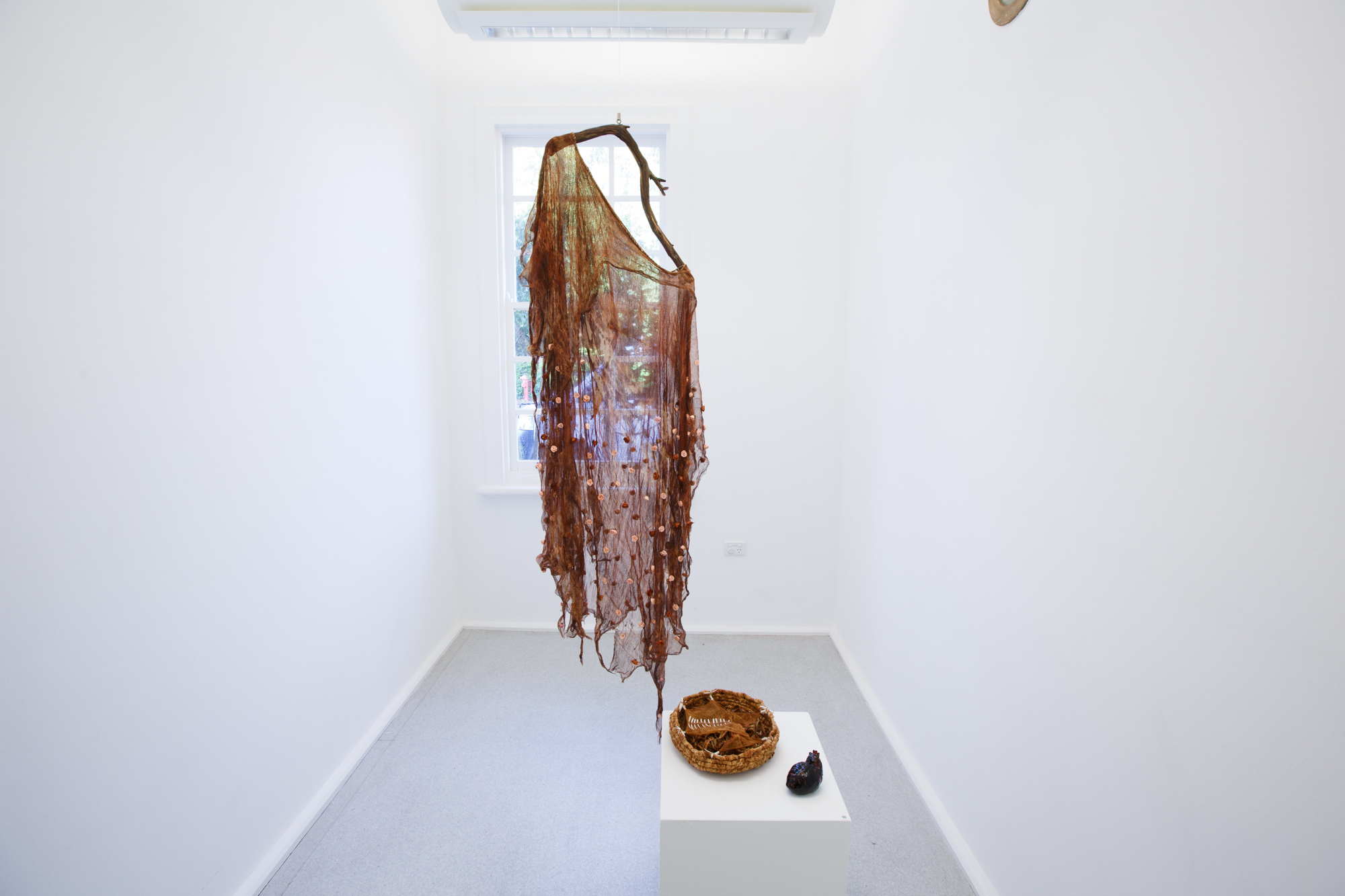 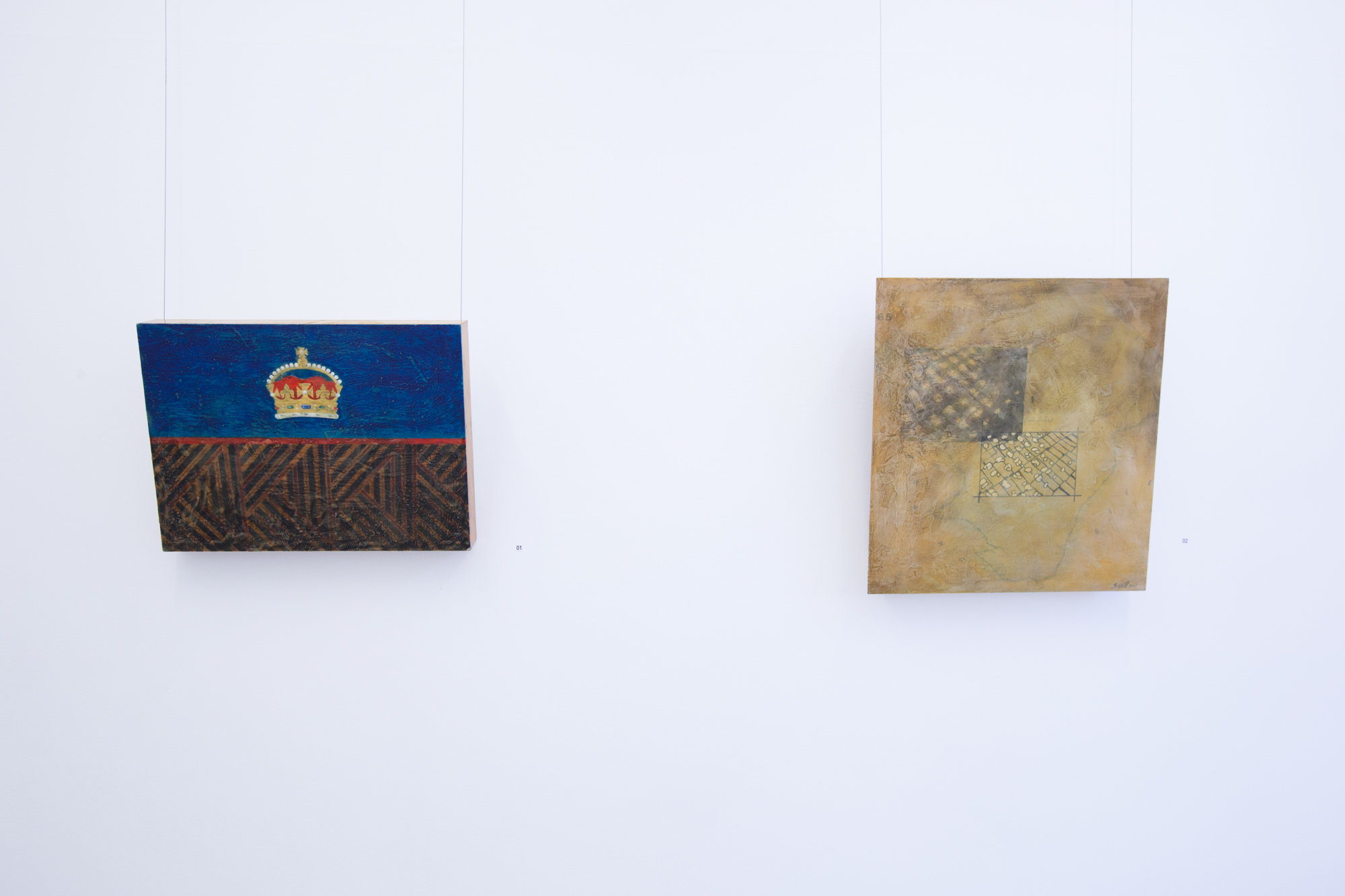 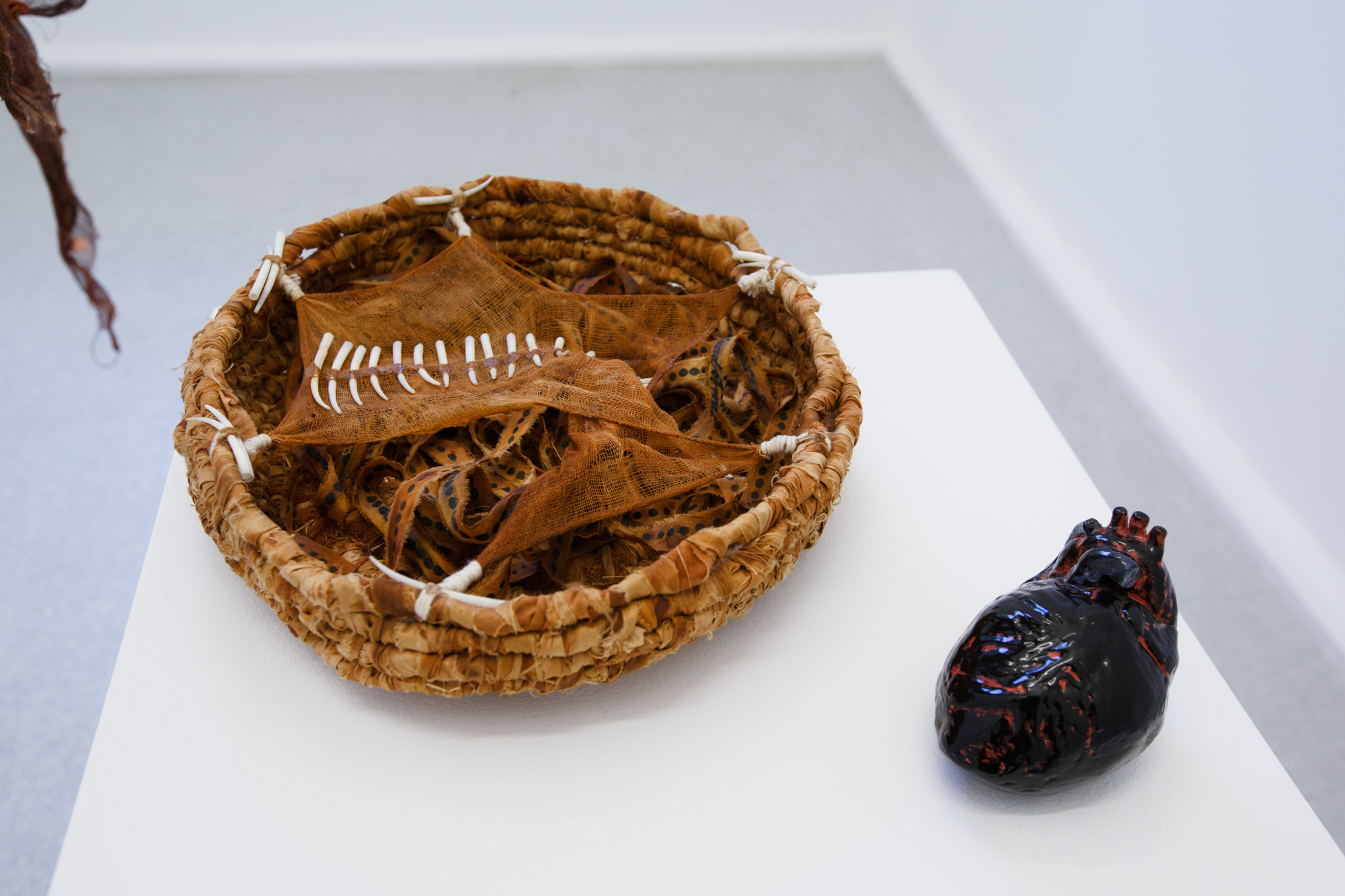 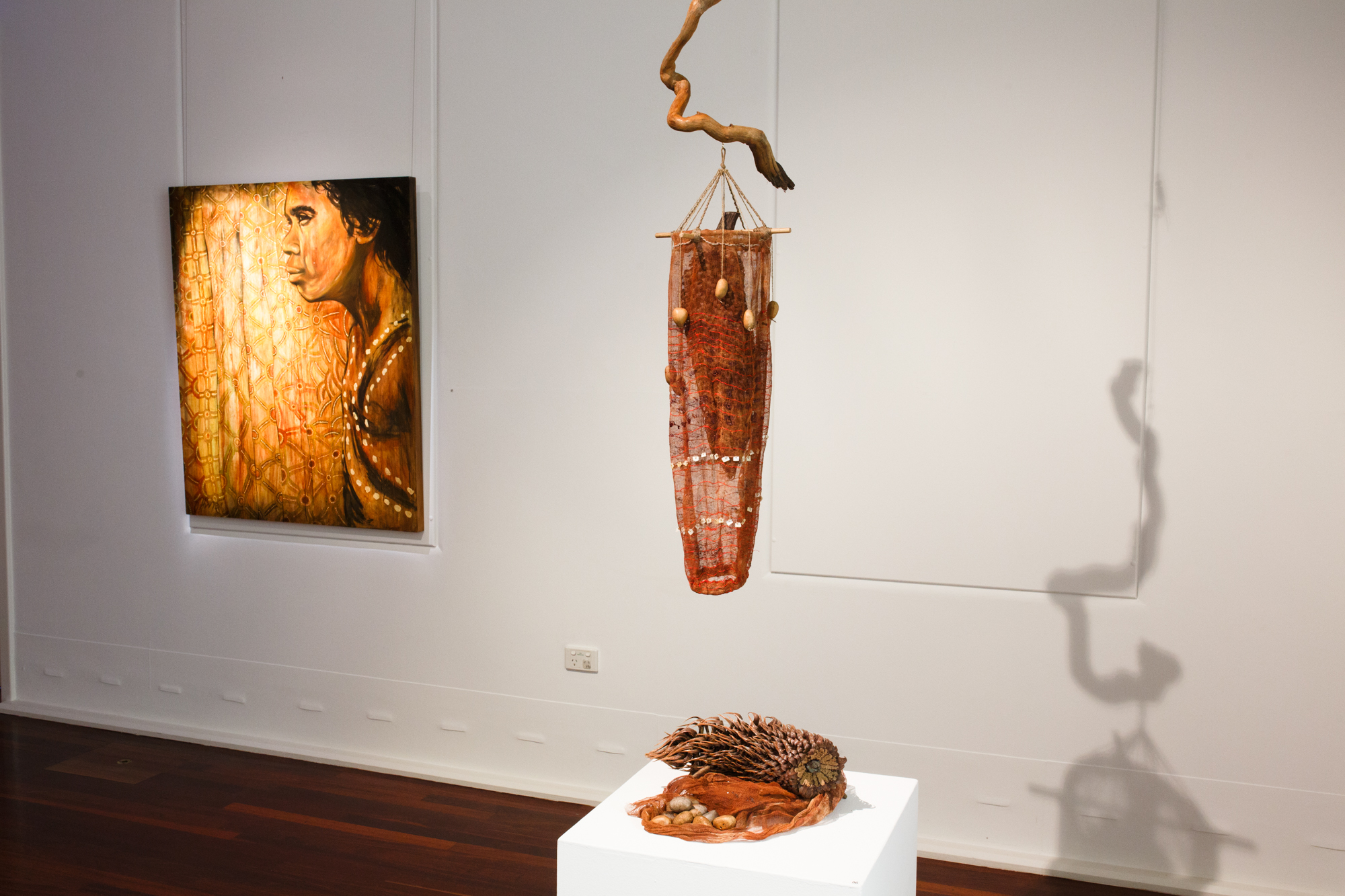 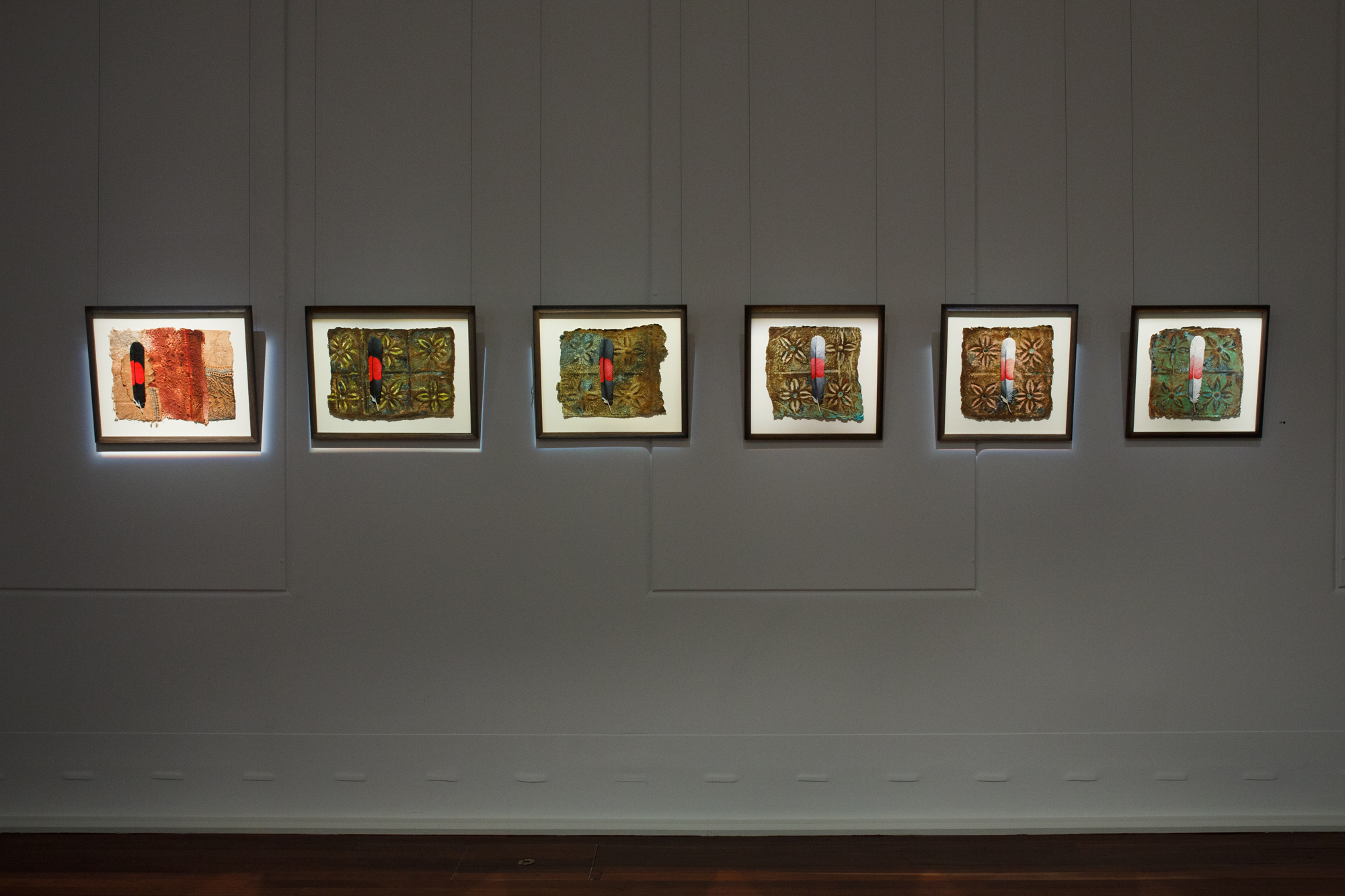 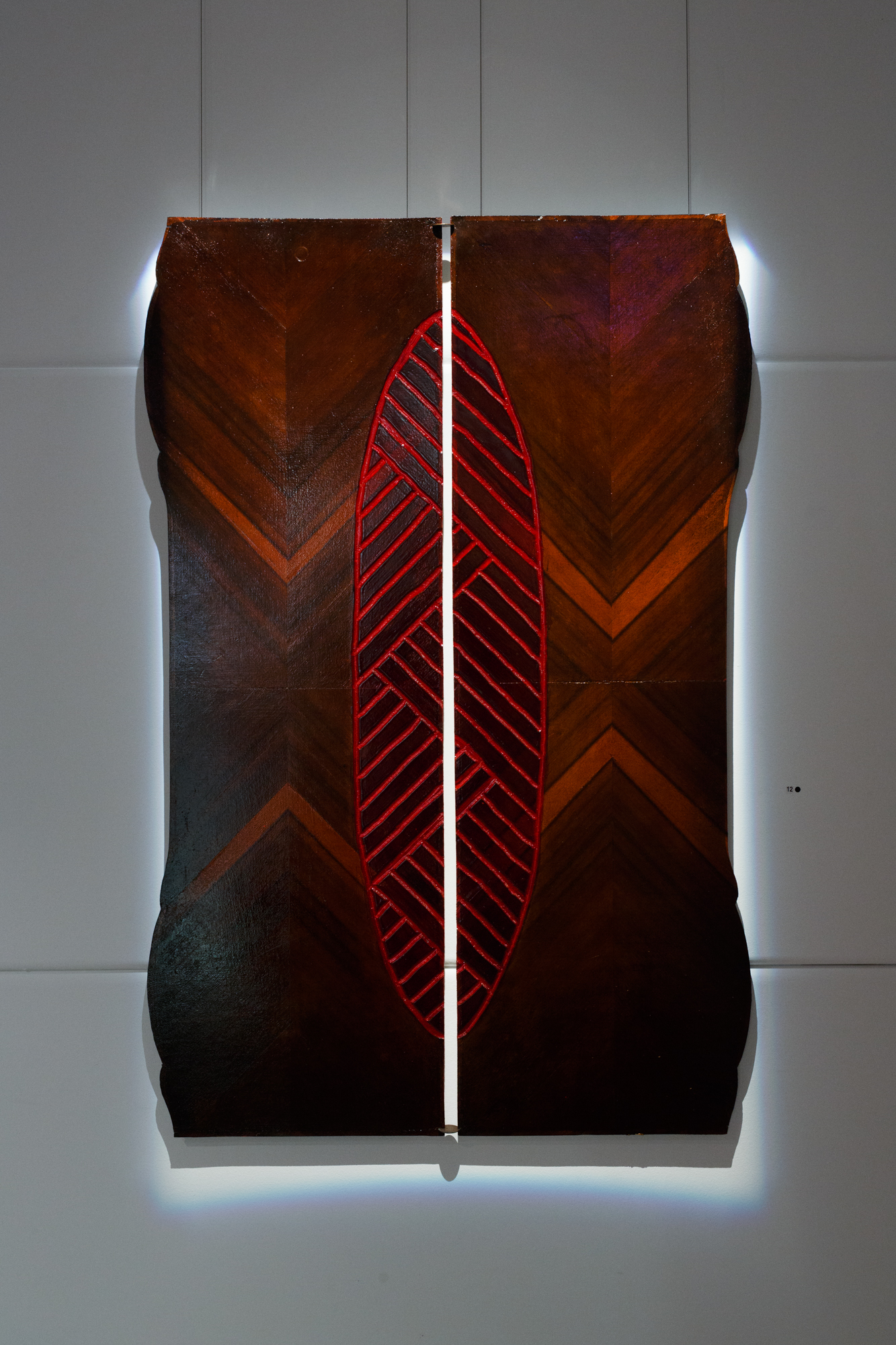 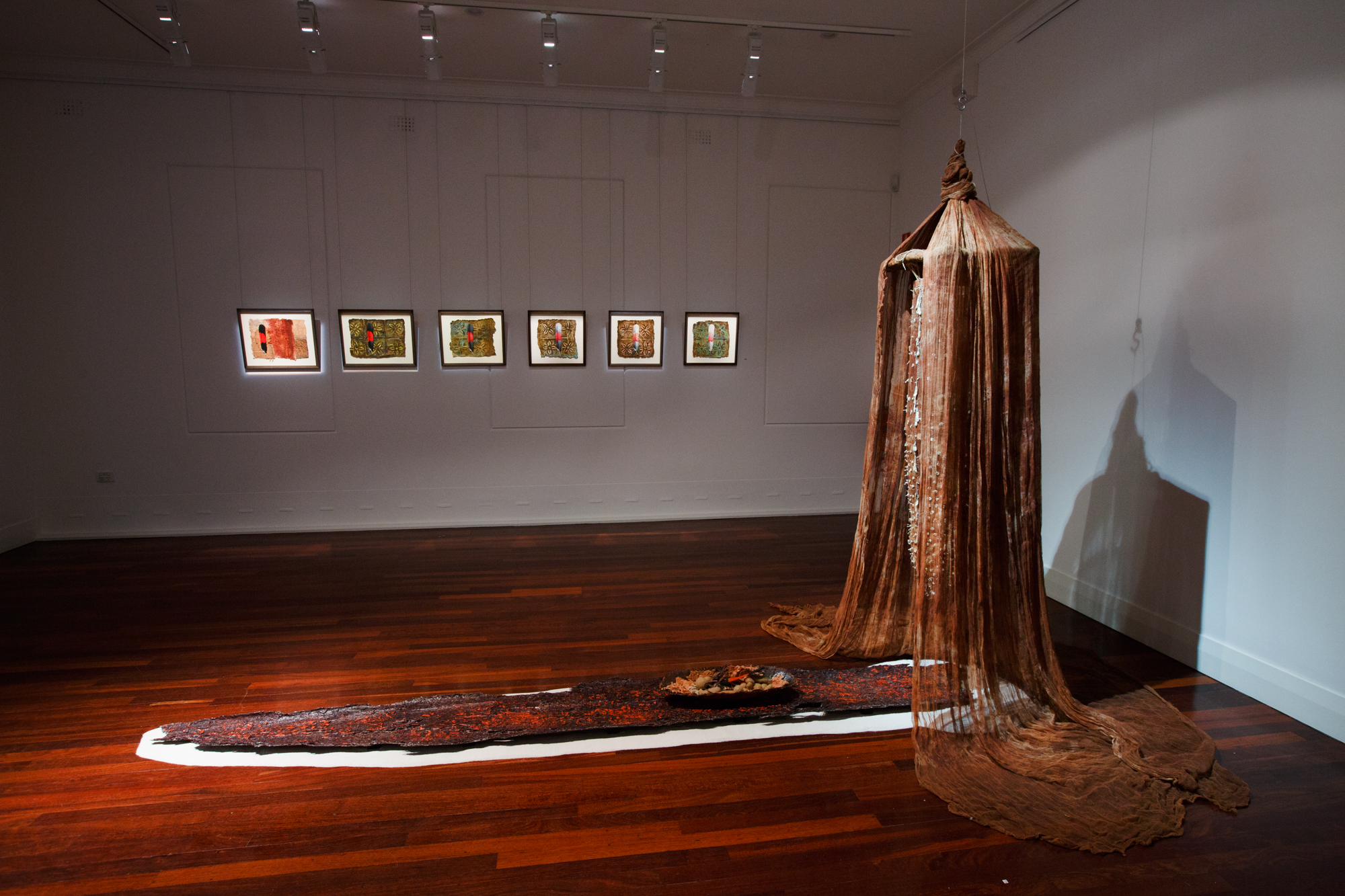 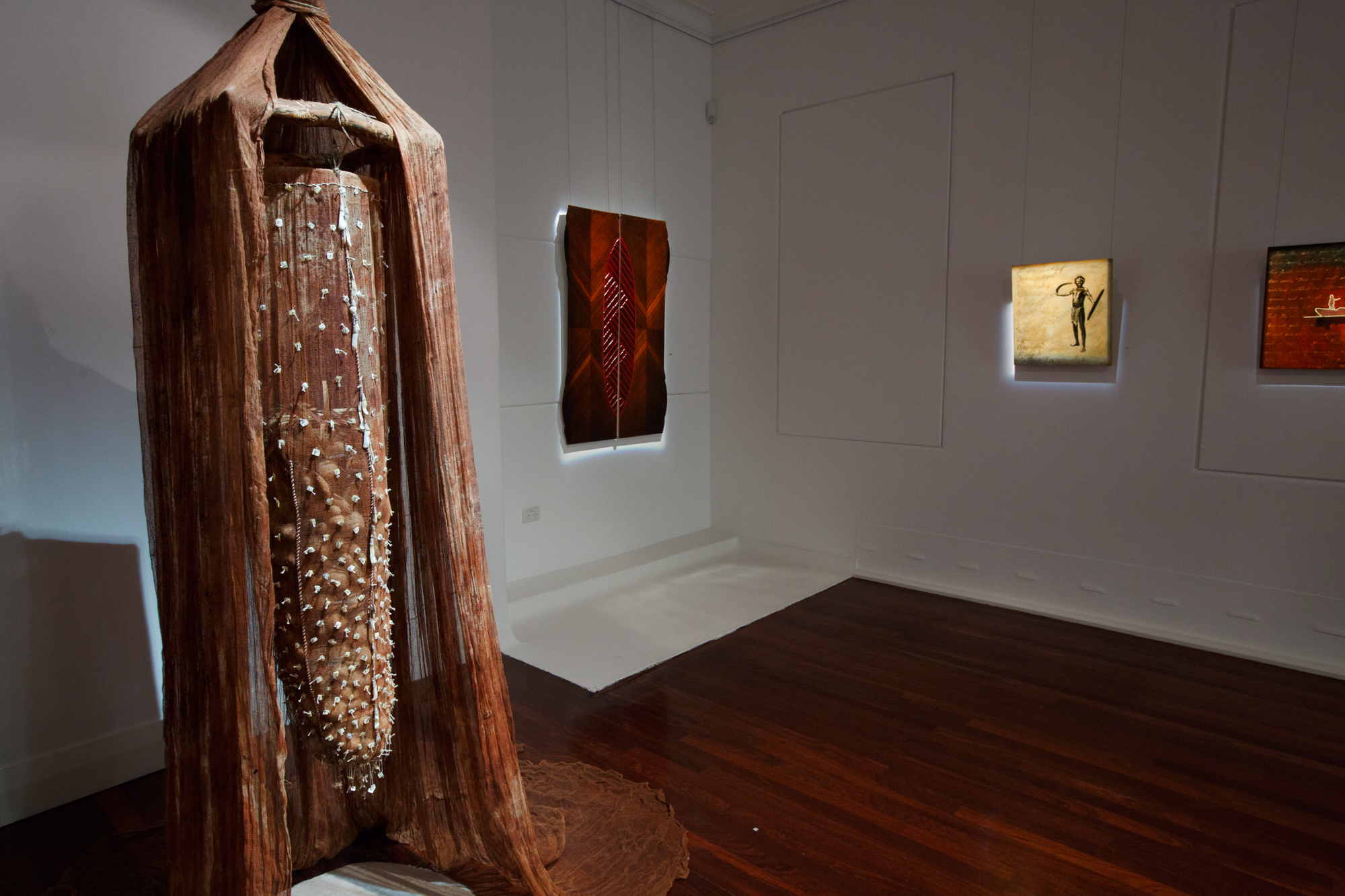 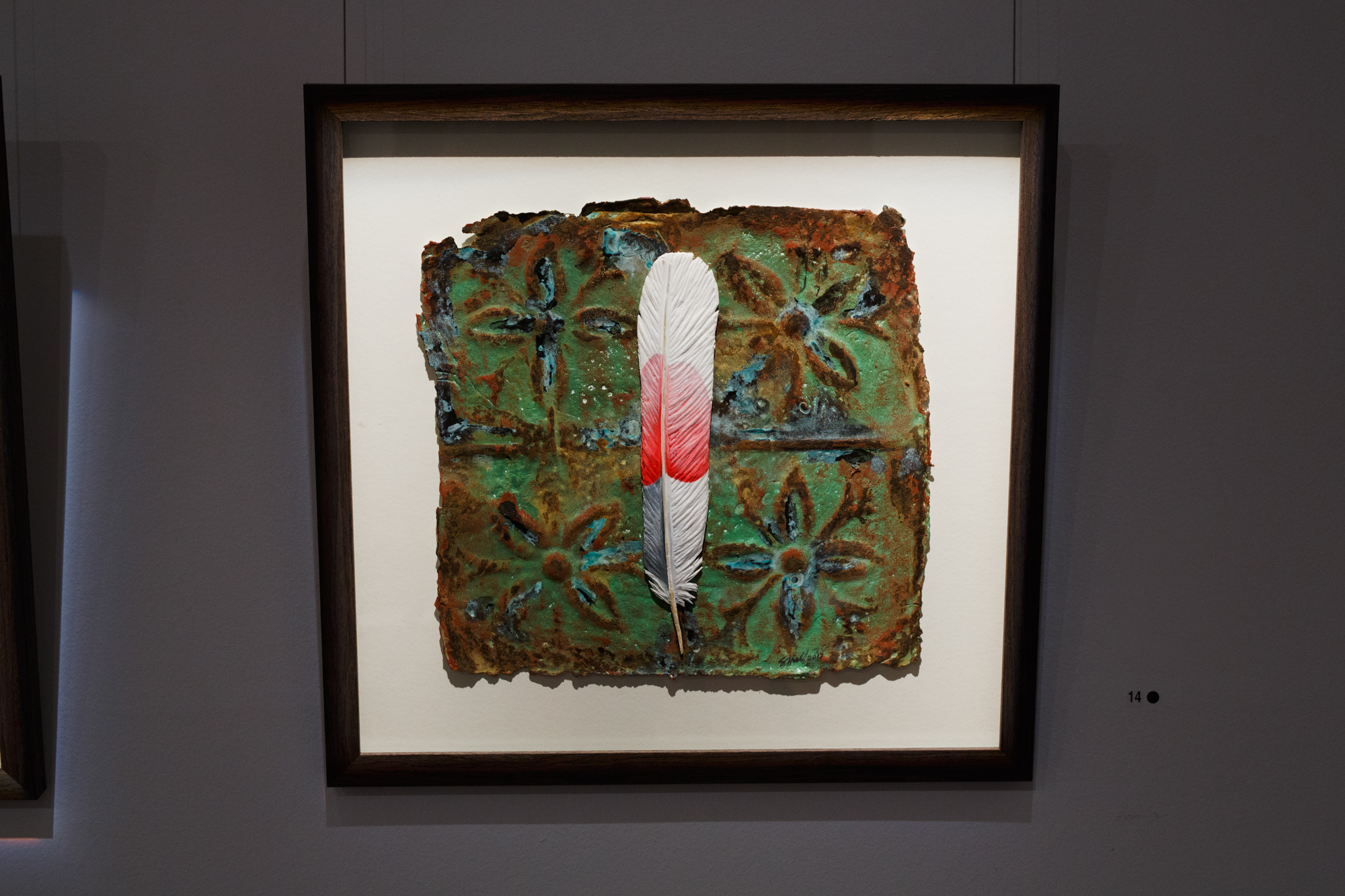 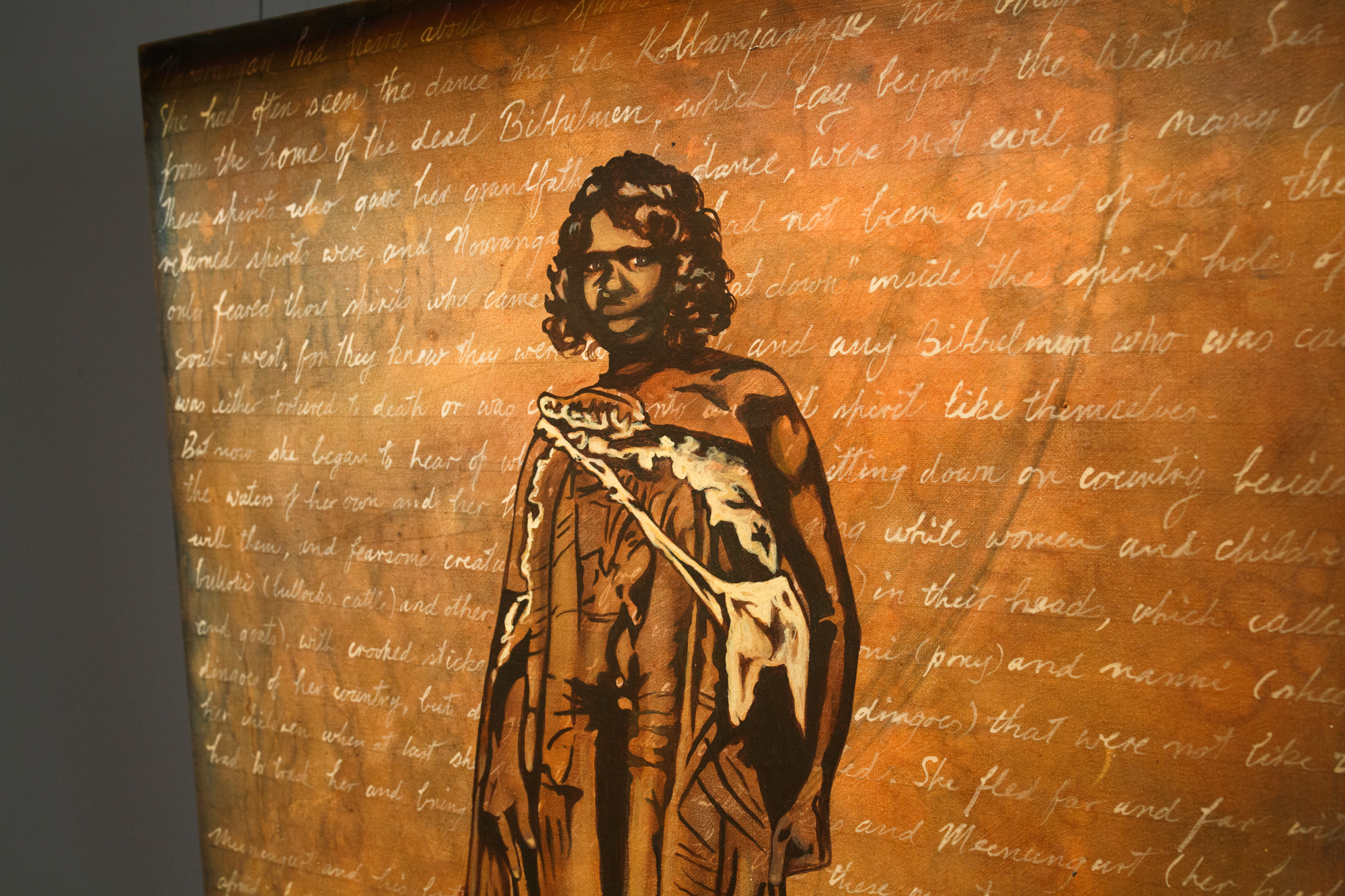