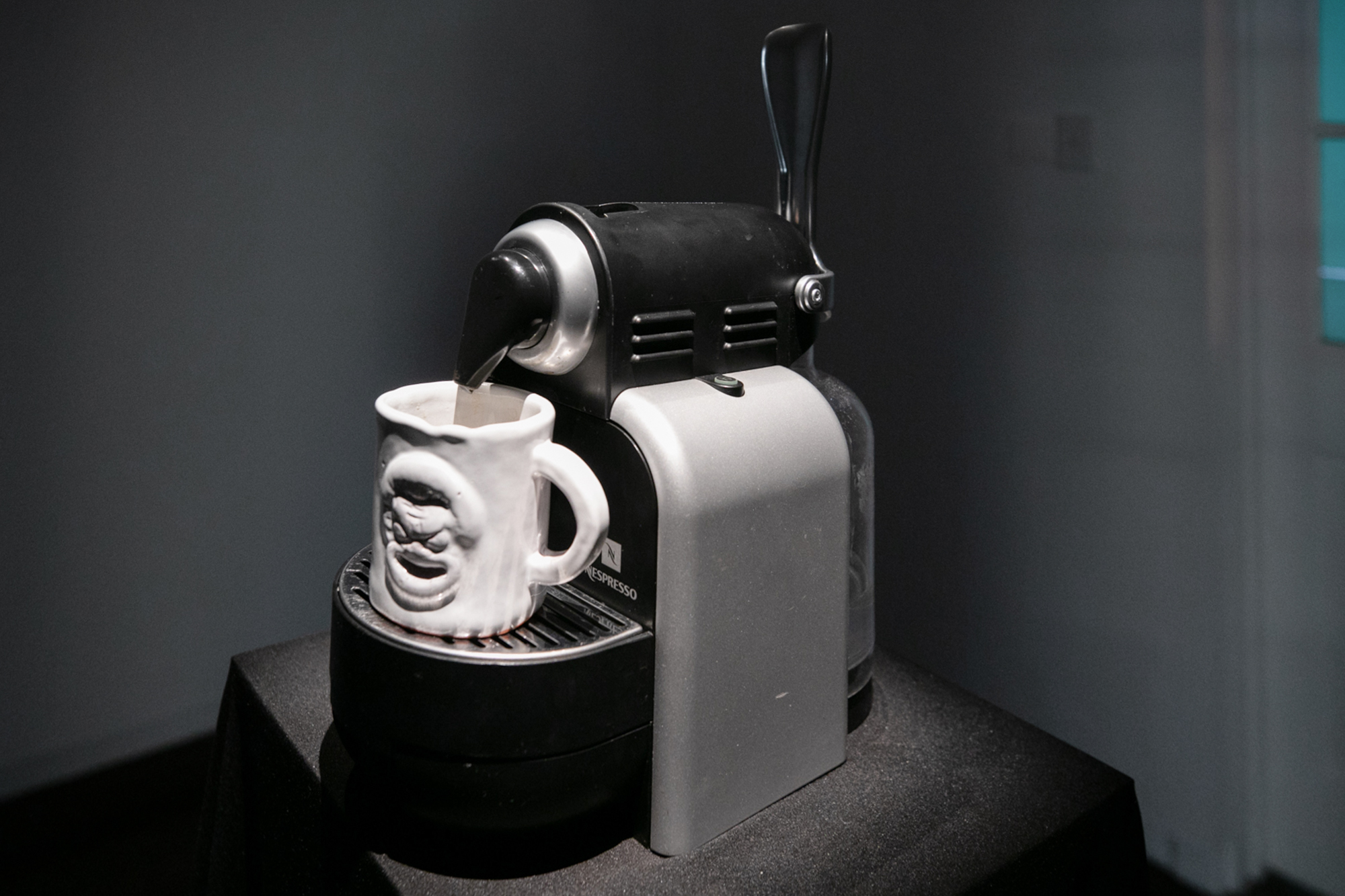 Putting on Clown Makeup isan exhibition of new sculptural works reimagining the office as a scene ofbaroque drama. In these works the figure of the clown becomes a tragicomicprotagonist who suffers through the self-fulfilling and self-sabotaging workethic of late capitalism.

In the halo of a spotlight in a darkened room, aNespresso machine sits waiting to be used. The audience is invited to makethemselves a coffee, and as they press the button to expel an espresso, themachine roars the apex of the famous operatic aria Vesti la giubba byRuggero Leoncavallo. As the shot pours, the music crescendos in the line “laugh,clown!”, and the banality of the office coffee machine and the baroque drama ofthe operatic aria unite in the sure sentiment that “the show must go on”.

Giorgi’s exhibition takes its title from thememe “Putting on Clown Makeup”. According to knowyourmeme.com, “Putting onClown Makeup refers to a series of memes based on a step-by-steptutorial guide for applying clown makeup, used to illustrate a personmaking an increasingly larger fool of themselves by providing arguments whichare deemed increasingly weak or illogical”. The meme has often been used tocritique the neoliberal work ethic, which praises “bootstrap” go-getters thatdedicate themselves to the hustle, whose logic implies a complete subsumptionof life into the realm of work.

Pascale Giorgi is a multidisciplinary artistliving in Walyalup Fremantle. In her practice, totems of classical culture aresubverted through humour and the absurd to make way for mash-ups, hybrids and(lost-in) translations, often drawing from her cultural heritage as anItalo-Australian. Giorgi has produced experimental festivals, events, writing,and exhibited in solo and group exhibitions, including at Cool Change, PrivateIsland, Runway, and Perth Festival. 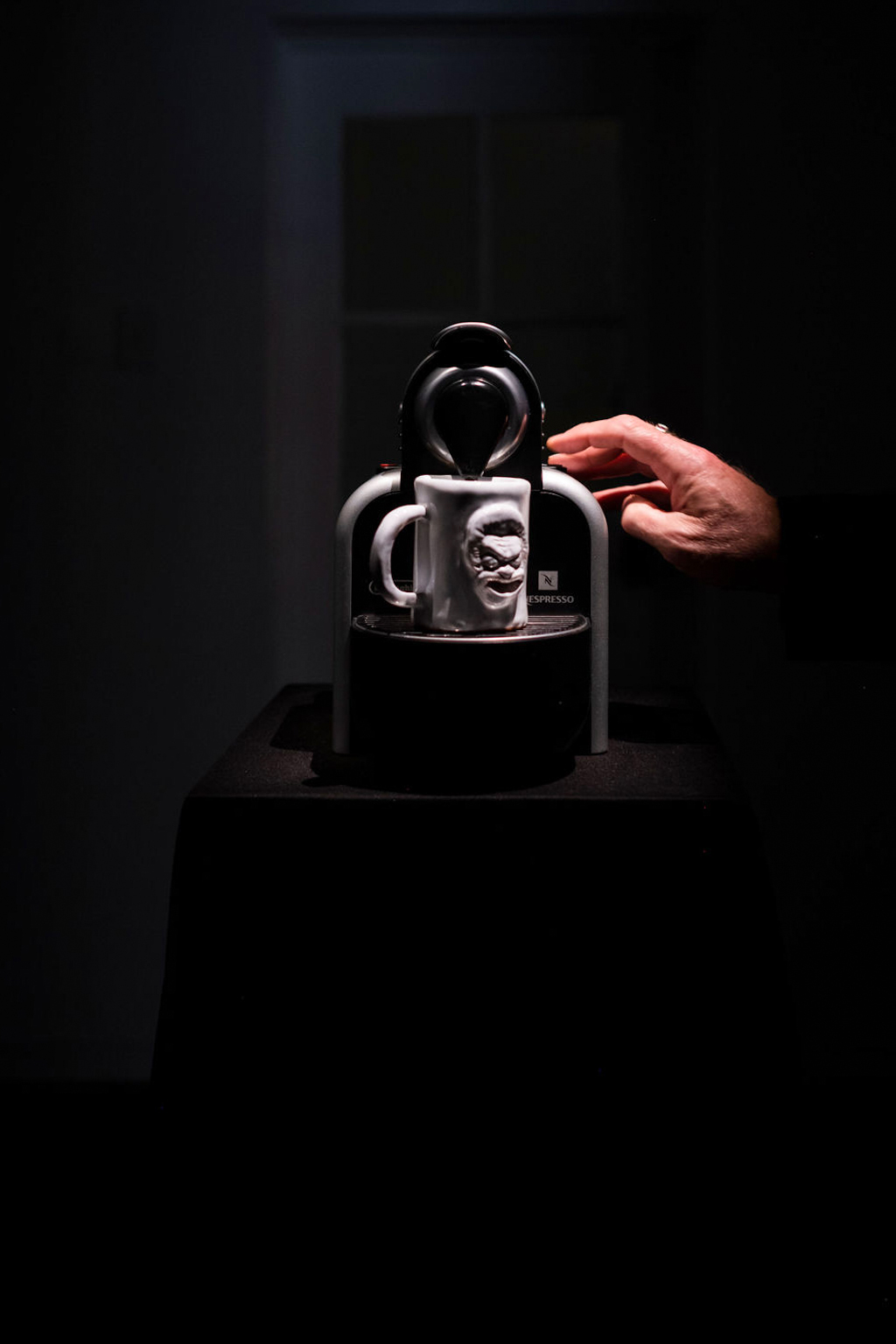 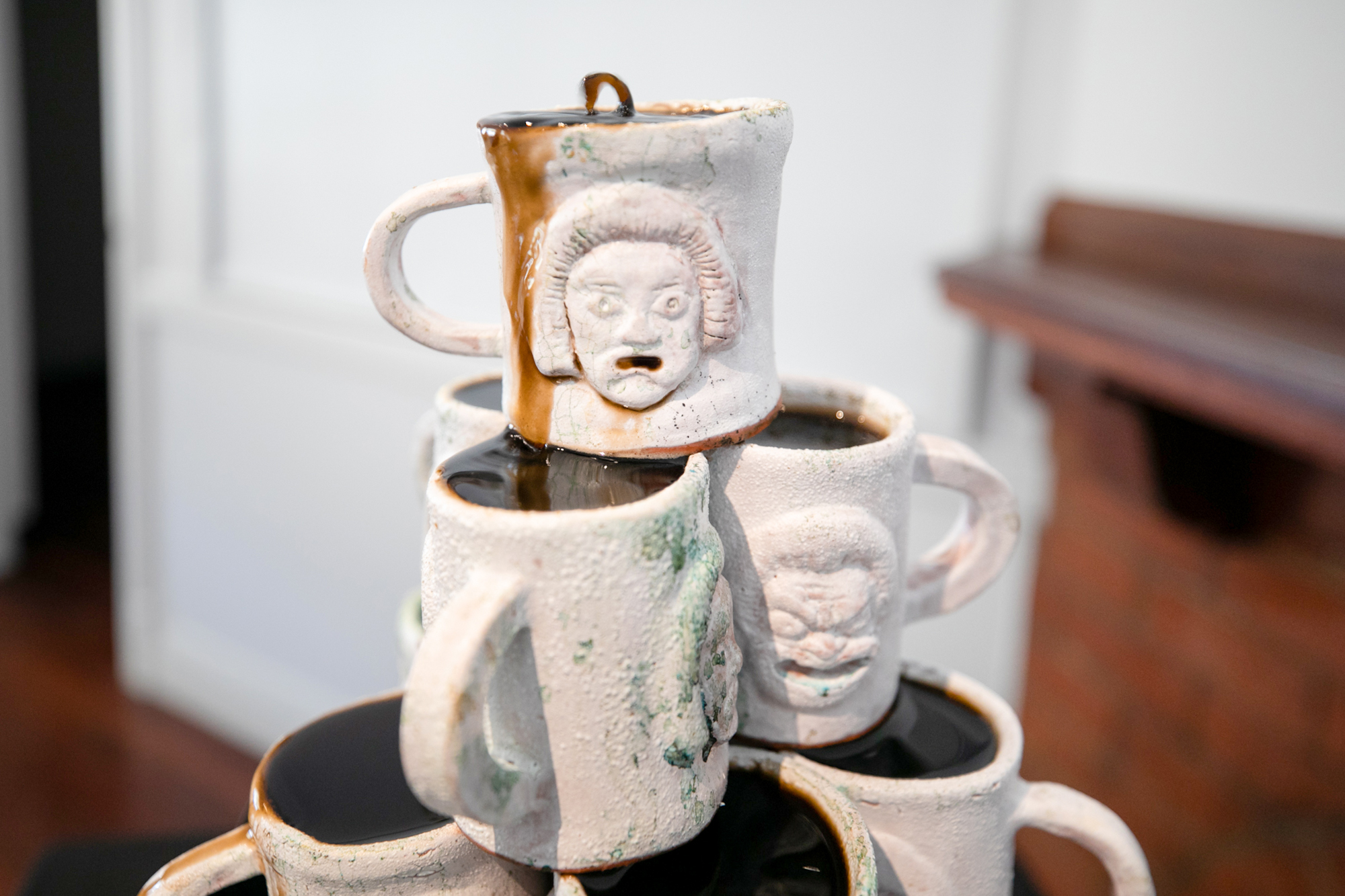 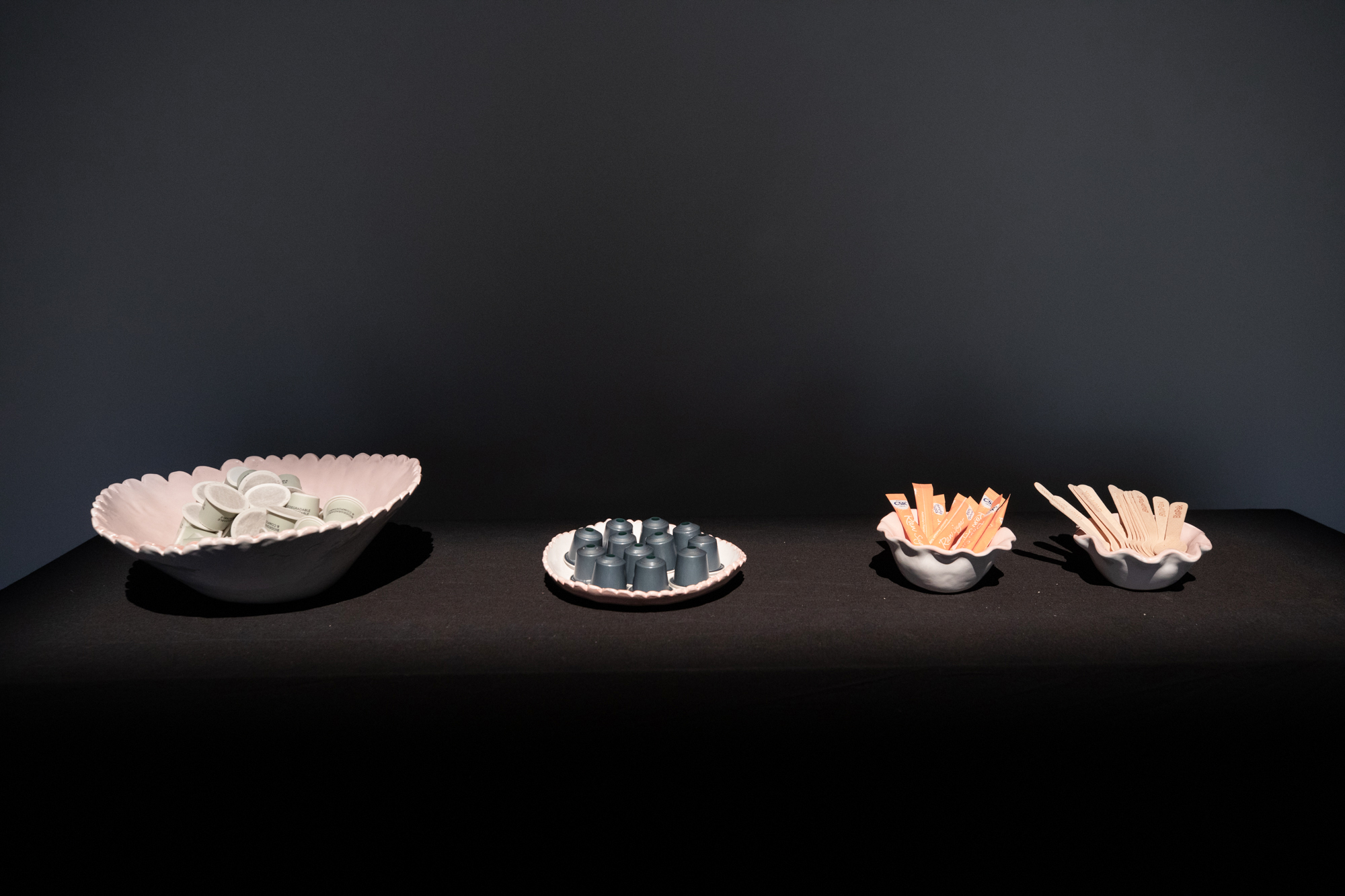 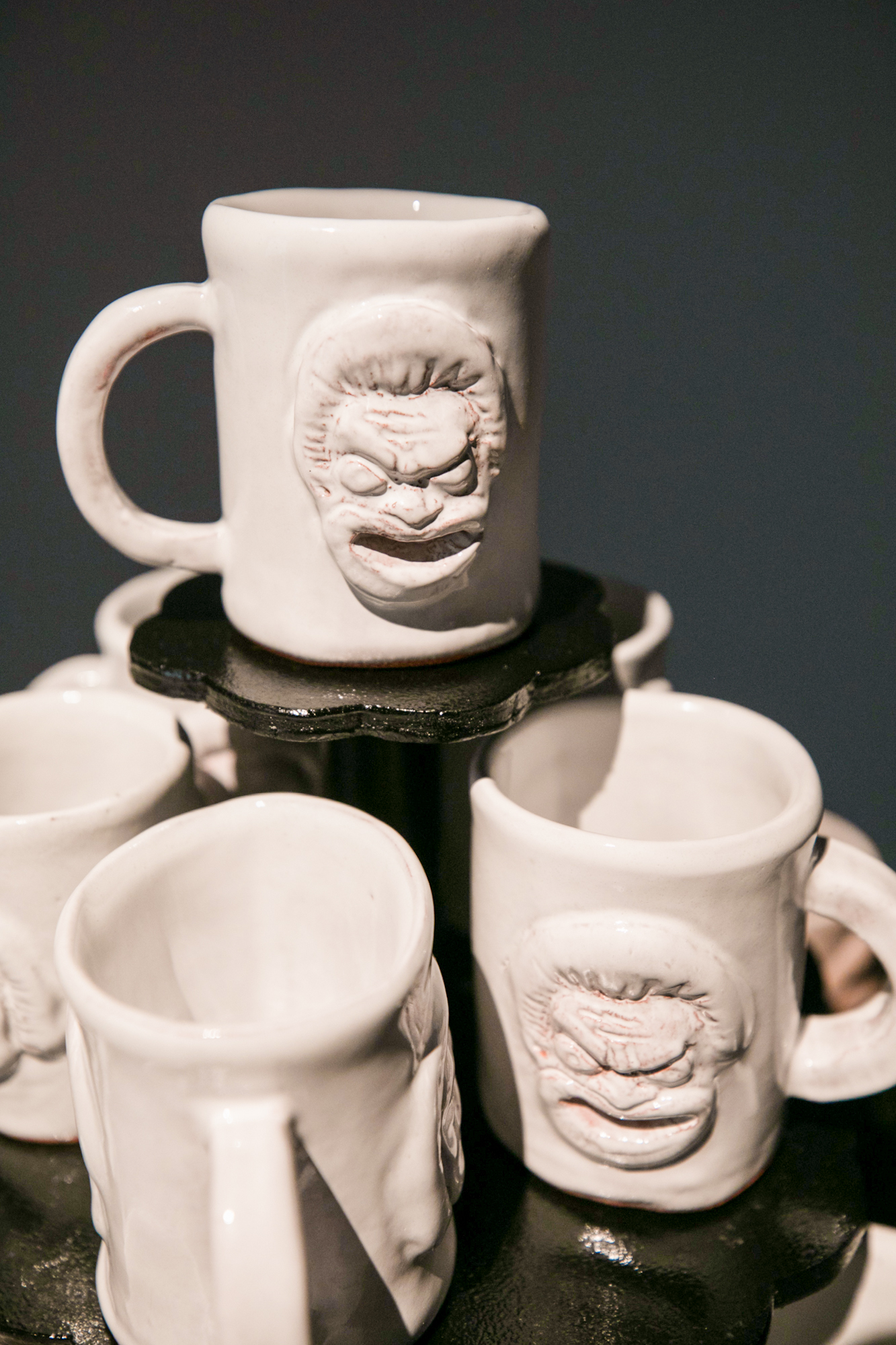 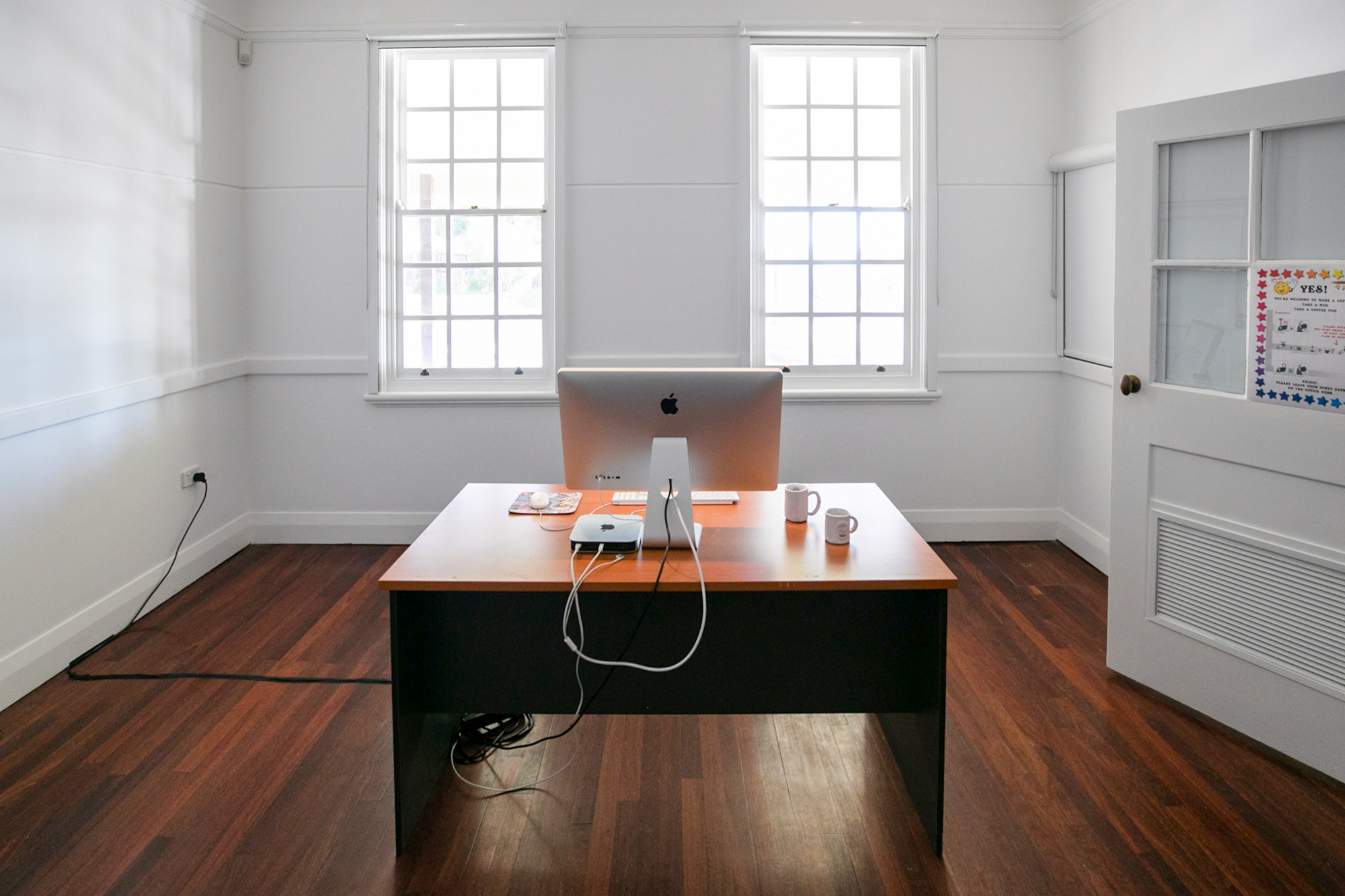 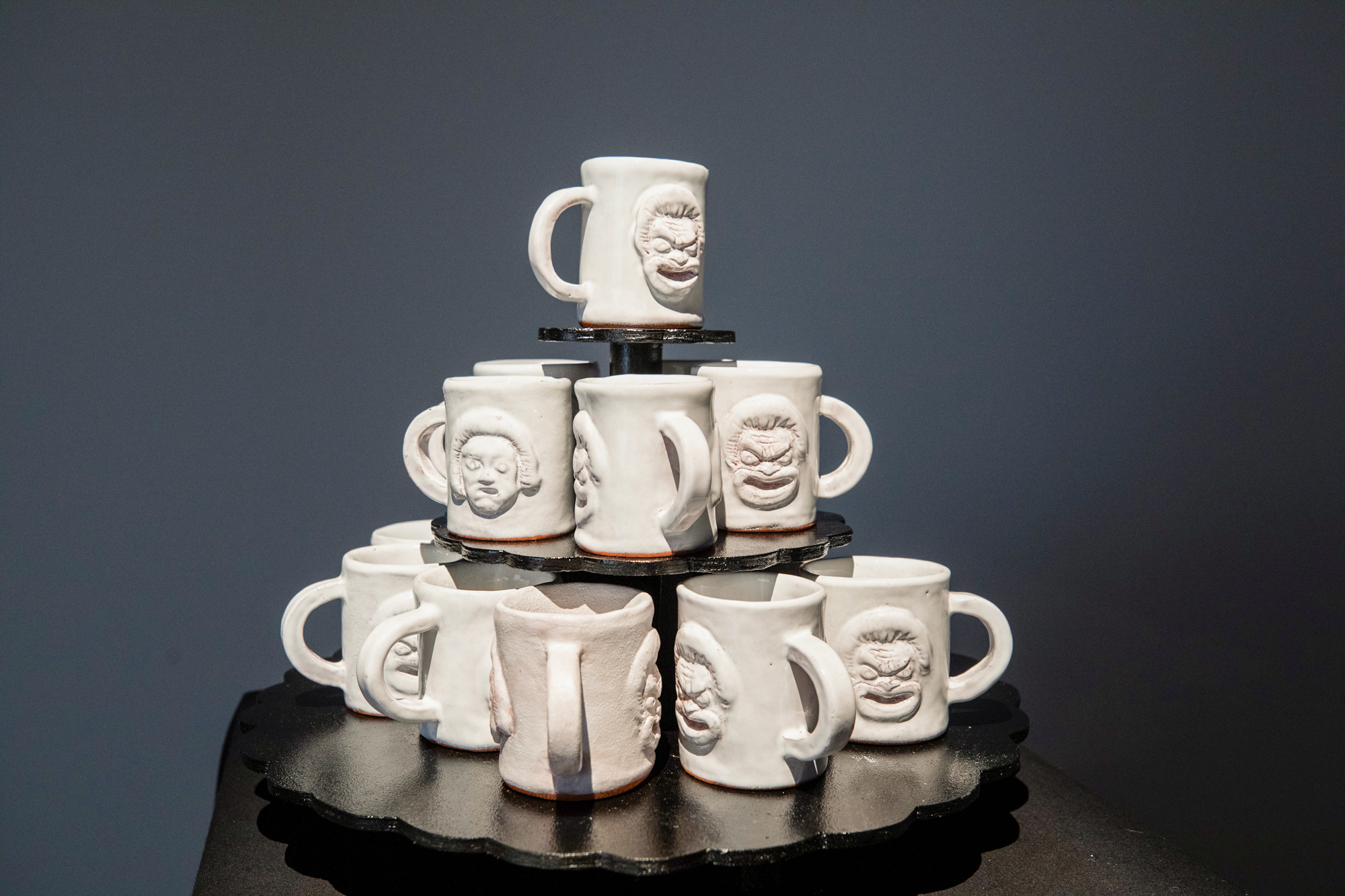 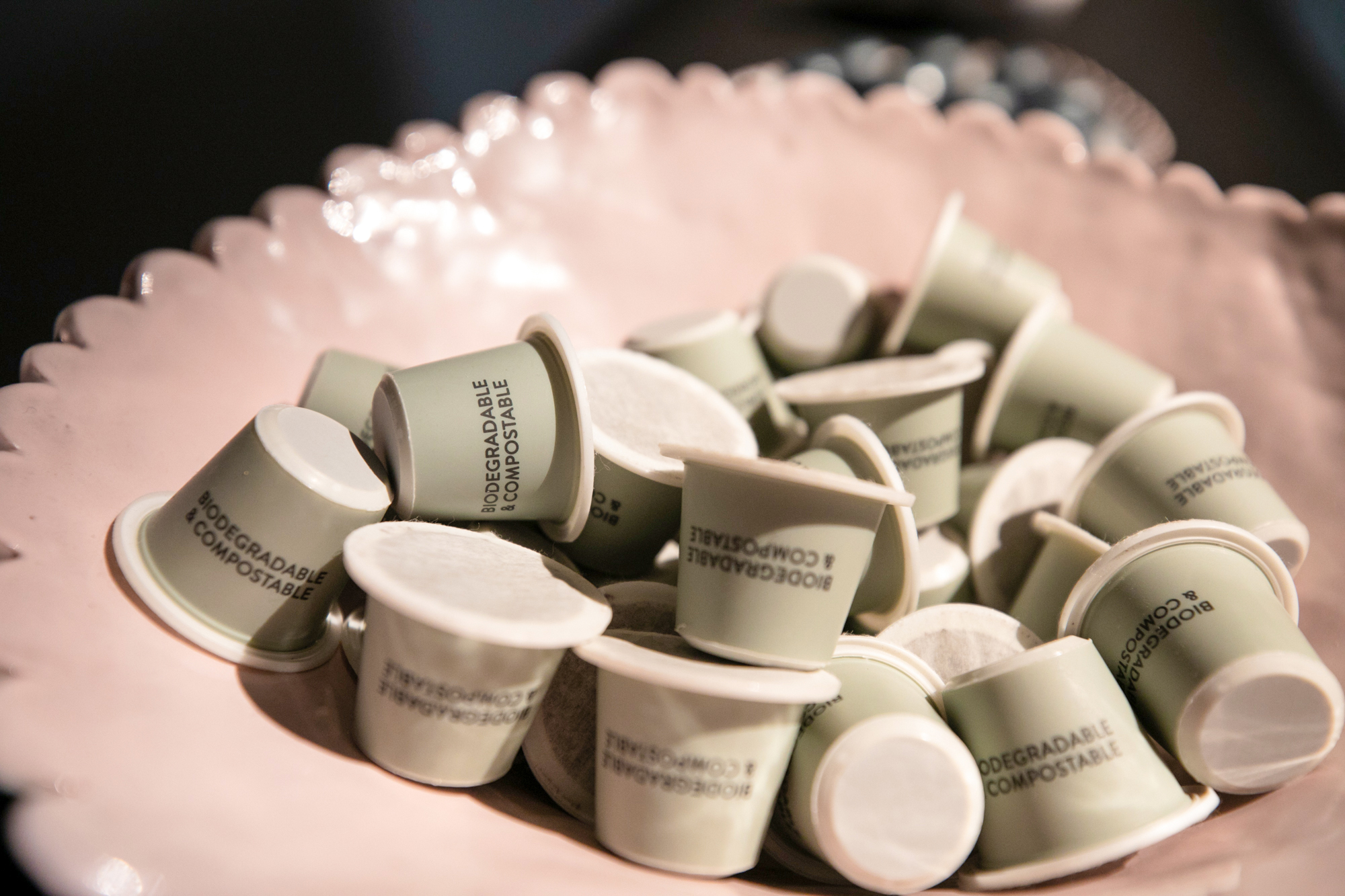 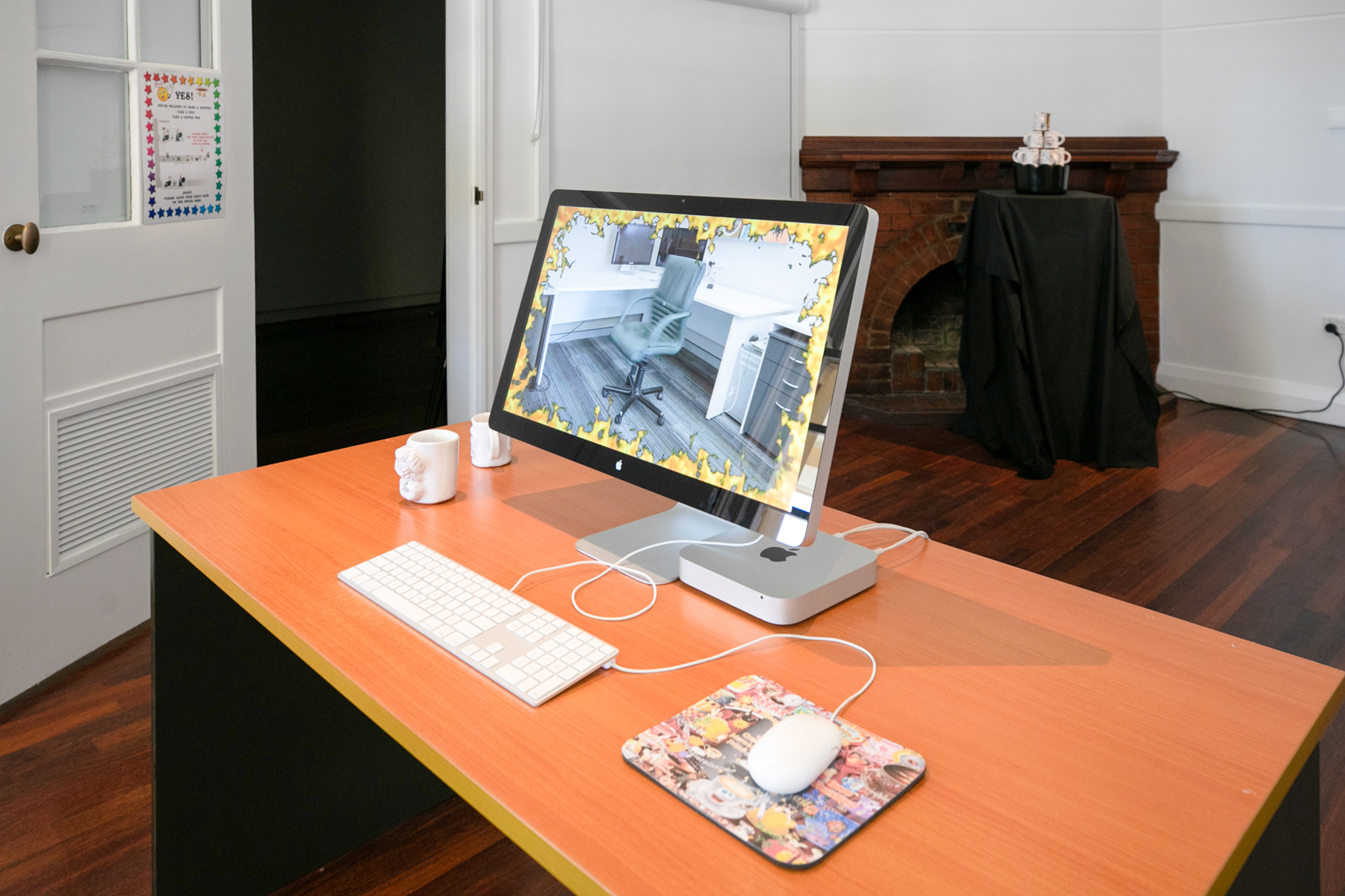 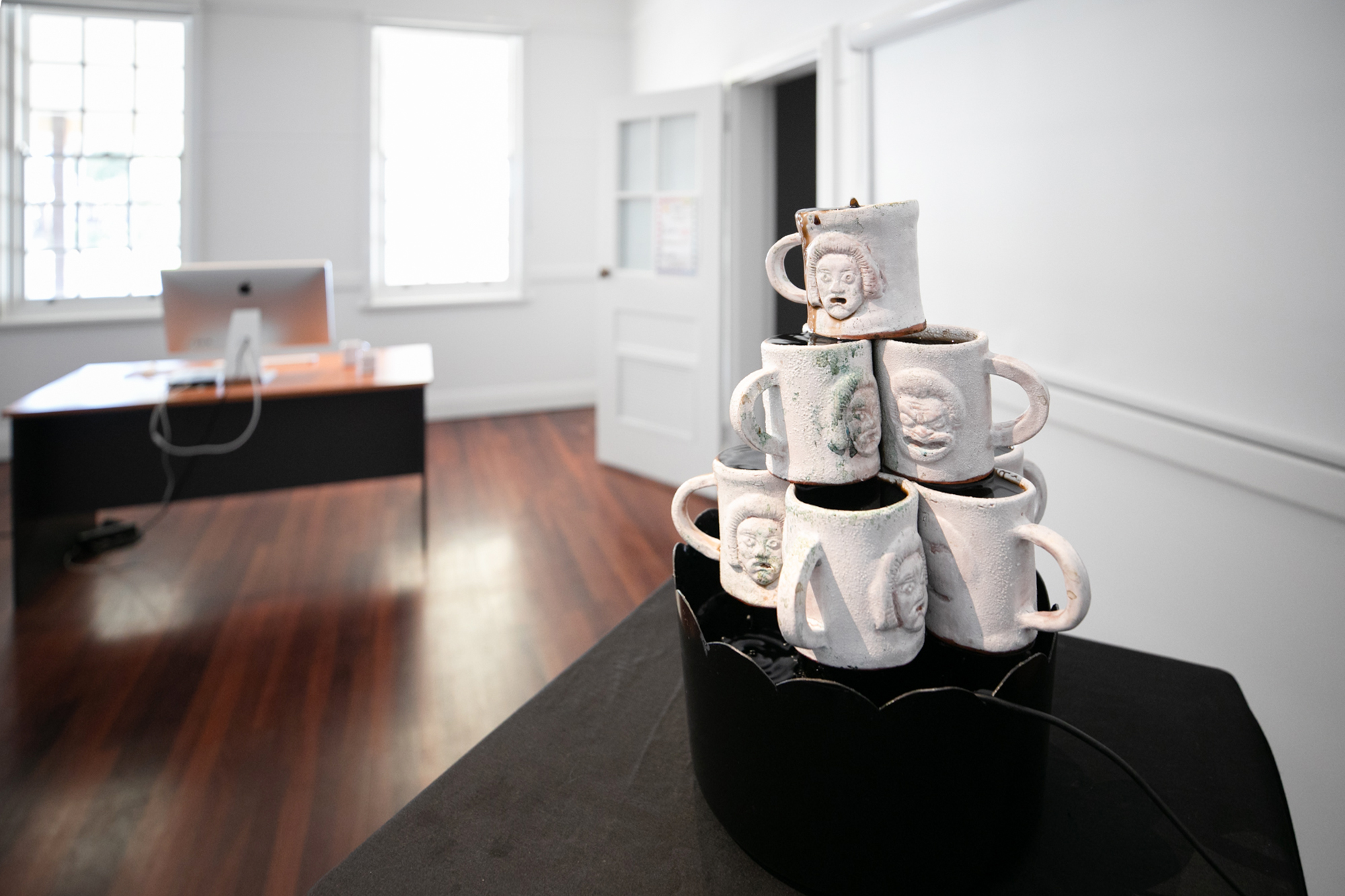 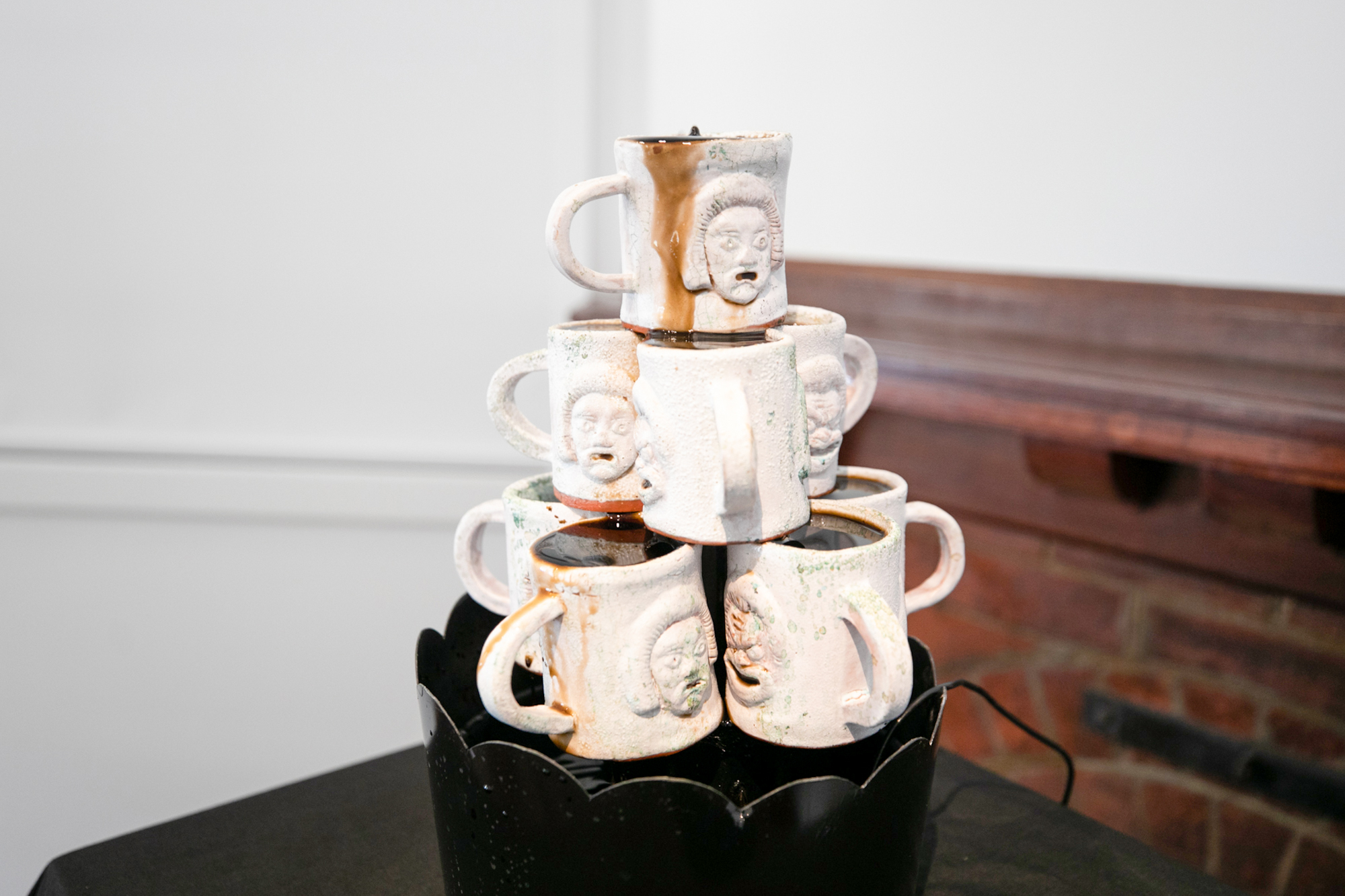