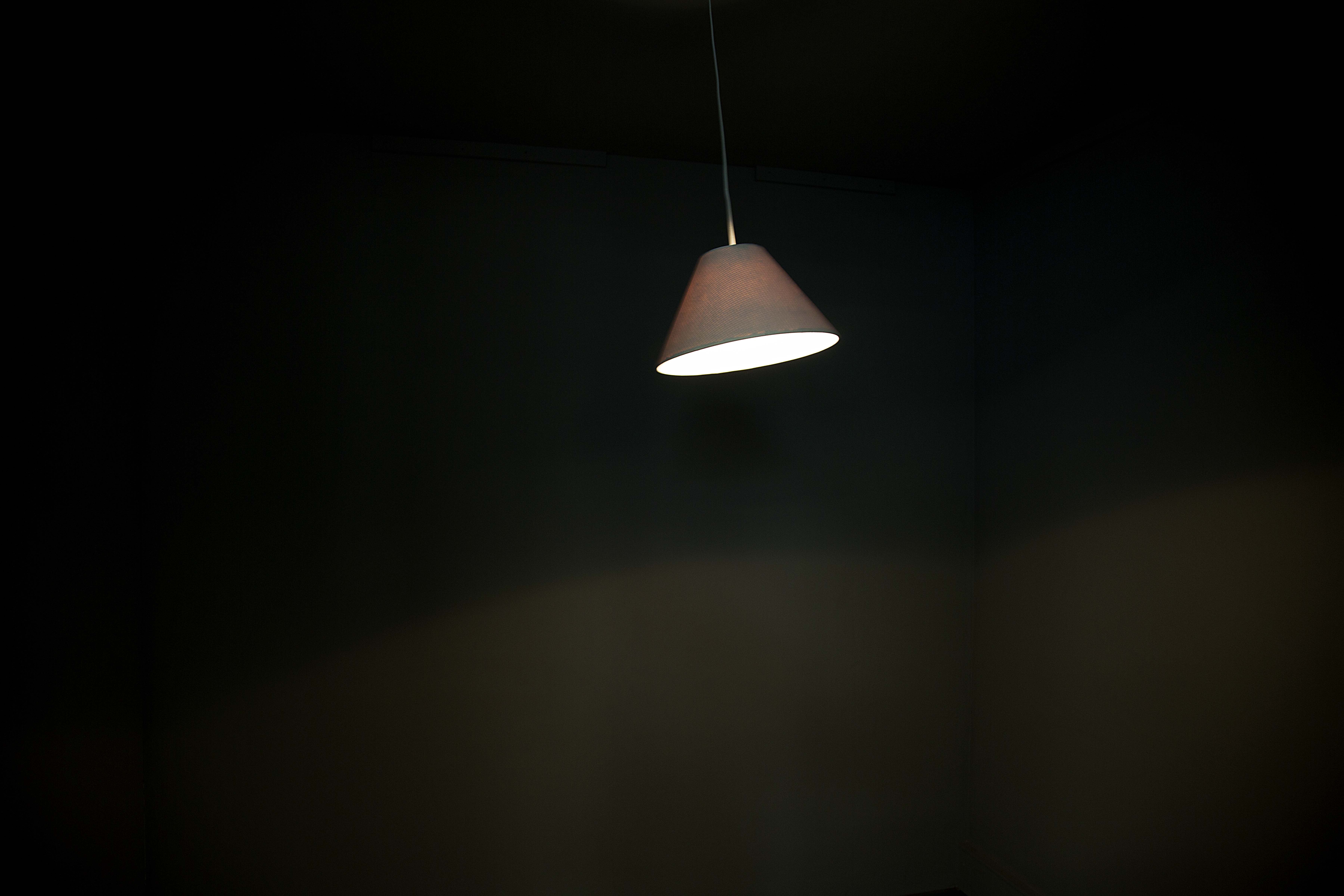 Parallels of Place looks at the intersection between aesthetic concerns of landscape imagery and the psychological impact of place. Bringing together a unique combination of artists, varying in age, gender and art practices the exhibition presents new perspectives on place. Lyn Nixon, Megan Christie, Ian Williams and David Ledger explore alternative perceptions of landscape and change through photography, furniture, painting and installation. Parallels of Place brings together a body of works that reflect the artists shared interests in the role of remediated imagery in representing, simulating or creating place.

THE CERTAINTY OF UPHEAVAL

Parallels of Place, presents an understanding of landscape in which

ecology, climate, geography and the visible shape and character of the

earth do not have one single relationship with humanity, but shift between

states of balance and tumult. Given enough time, shuddering earthquakes,

calving icebergs and species extinction will interrupt periods of stability,

before just as surely subsiding into illusory quietude.

Monumental time - the time in which the isosceles of India bunched

up into sedimentary Himalayan folds - has no need for minutes, hours

or dynasties. On canvas, David Ledger reveals the stillness and slow

inconsequentially over mountains and rivers. Each of these impassive

terrains welled up from Ledger’s imagining, without reference to named

or visitable sites. Their sentinel-like prominences and glassy waters seem

nonetheless fundamental and ancient, symbolic of the earthy arenas within

which life and culture churns. Atop these natural monuments David paints

the works of humanity, which cling at the landscape, emulating its longevity.

In Meckering, monumentality has given way. Scattered crumbling masonry,

cracked walls and broken lamp glass comprise the scars of 1968, when the

rocky earth leapt in oceanic waves and shook the town down. To measure

the legacy of this extraordinary quake, one looks not to the Richter Scale,

accompanies an acceptance of sustained potential catastrophe. From

tectonic plates, Lyn Nixon takes the pulse of the earth, detecting and

swinging lamps, seismic bass-note vibrations in the pit of your gut - of an

If land is the perennial protagonist of geological time, Megan Christie

identifies its antagonists: developers, prospectors and polluters whose

modification of land outstrips any ecological cycle of decline and renewal.

In riposte, Christie camouflages herself against nature, working to match its

into objects that are resolutely useful, versatile and robust. Cloistered

within, a series of tableaux recount cautionary tales in which the course of

ecology is derailed by poachers, hunters, land clearers and unscrupulous

Power and precariousness pass back and forth between humanity and land.

Elsewhere, there is a second nature: built of electric light, RGB pixels and

binary information, where cycles of ecological damage and natural disaster

are absent. Working from the screen to the canvas, Ian Williams transcends

counterpart: digital landscape. Herein, nature can be clicked on, inverted,

rotated, designed, accelerated or brought to a standstill. The terrains

Williams paints have no depth or history. Rather, they’re made of layered

screen; the face of a canvas. These two-dimensional Arcadias might

seduce us beyond the façade, if it weren’t for Williams’ bright, eccentric

brushstrokes. Eddying oils remind us that a painting is no more (or, as

much) a window onto nature as a computer screen. 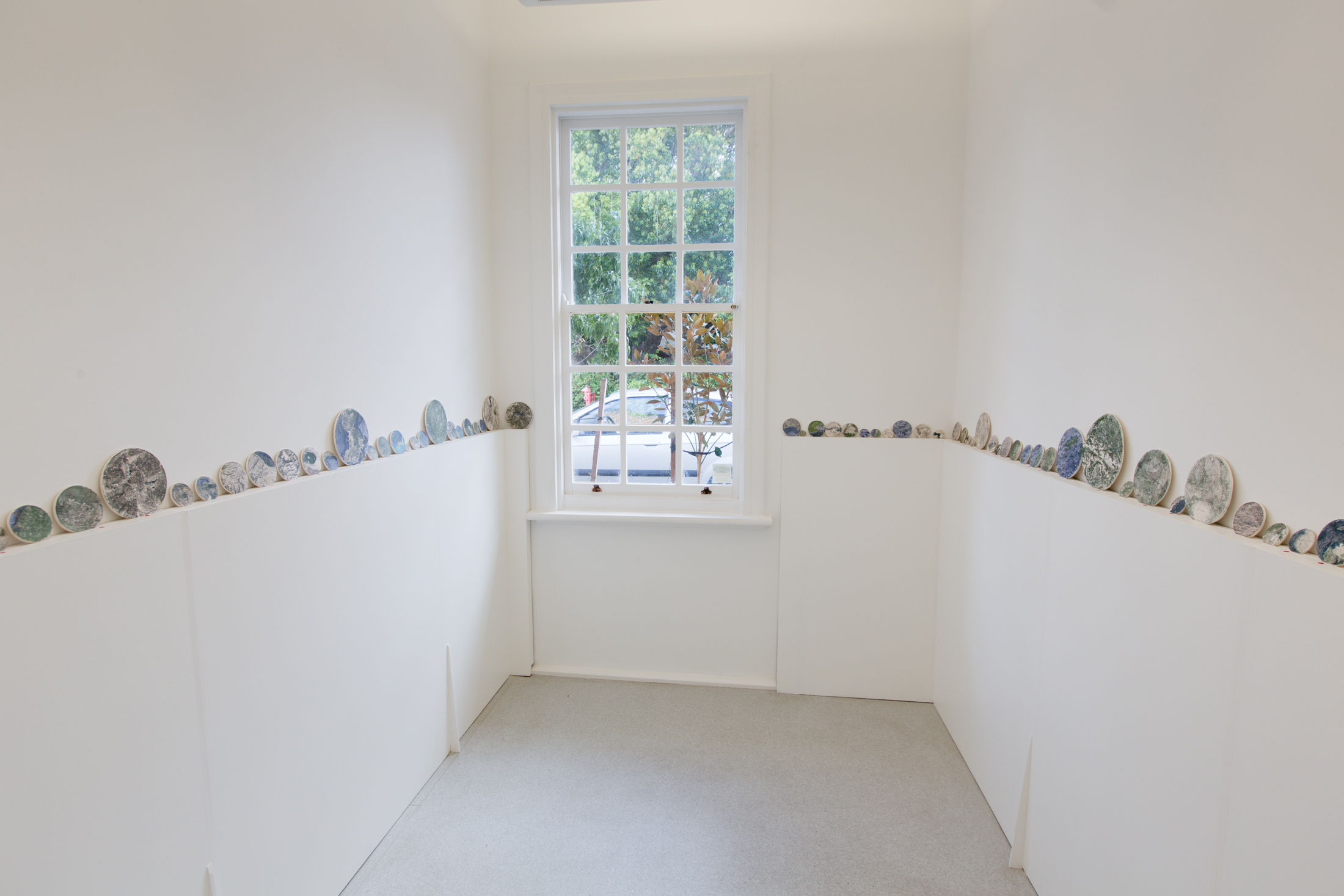 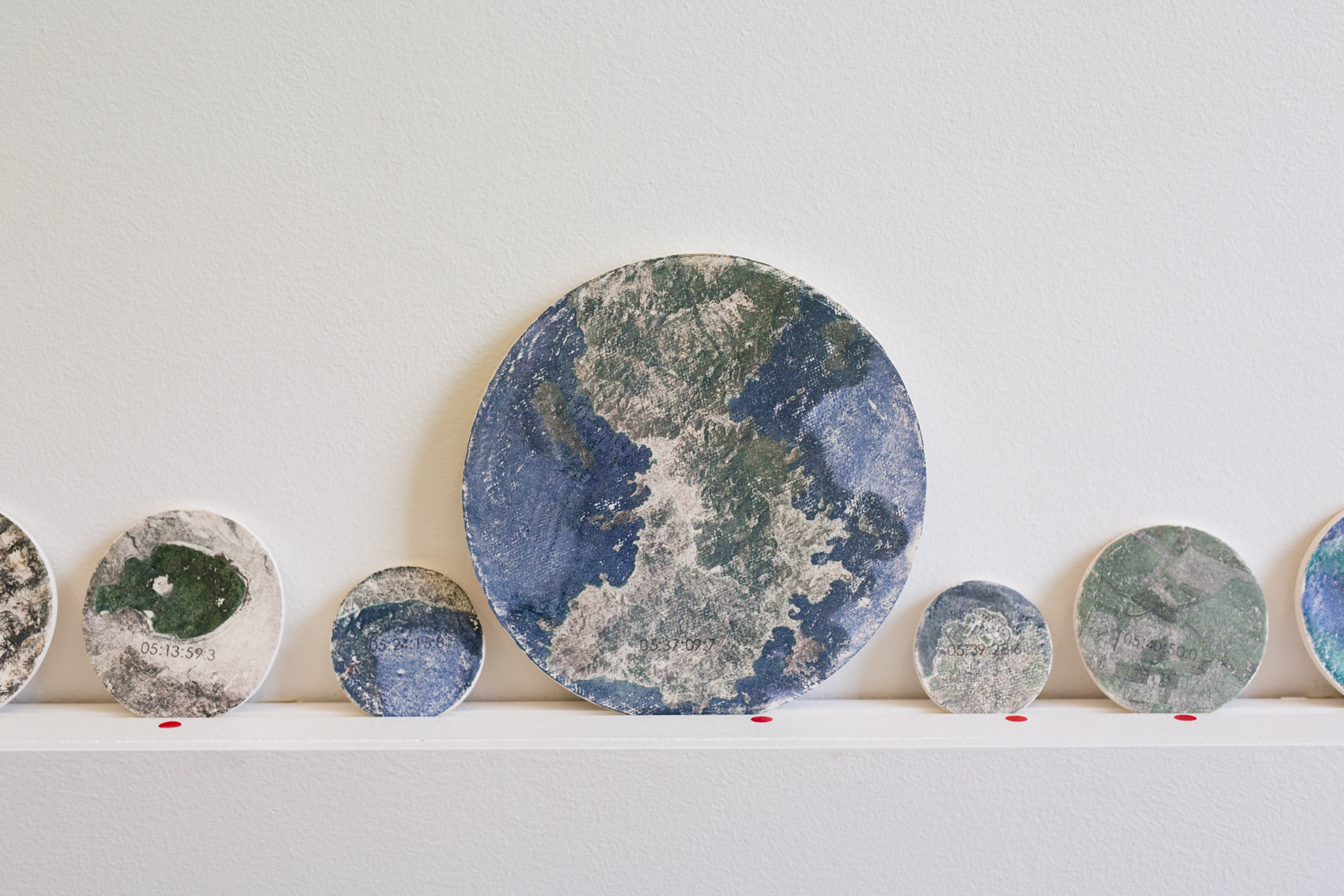 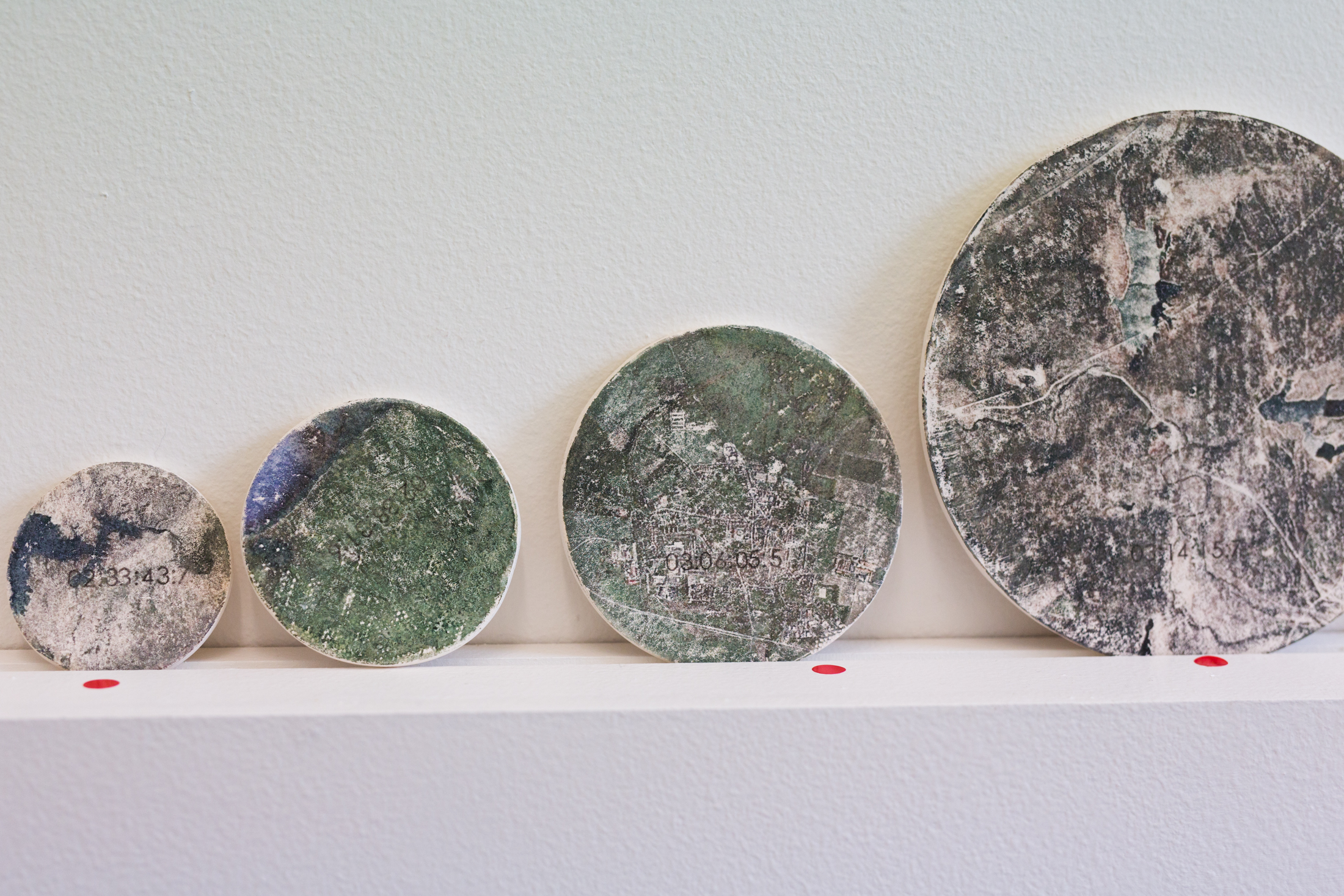 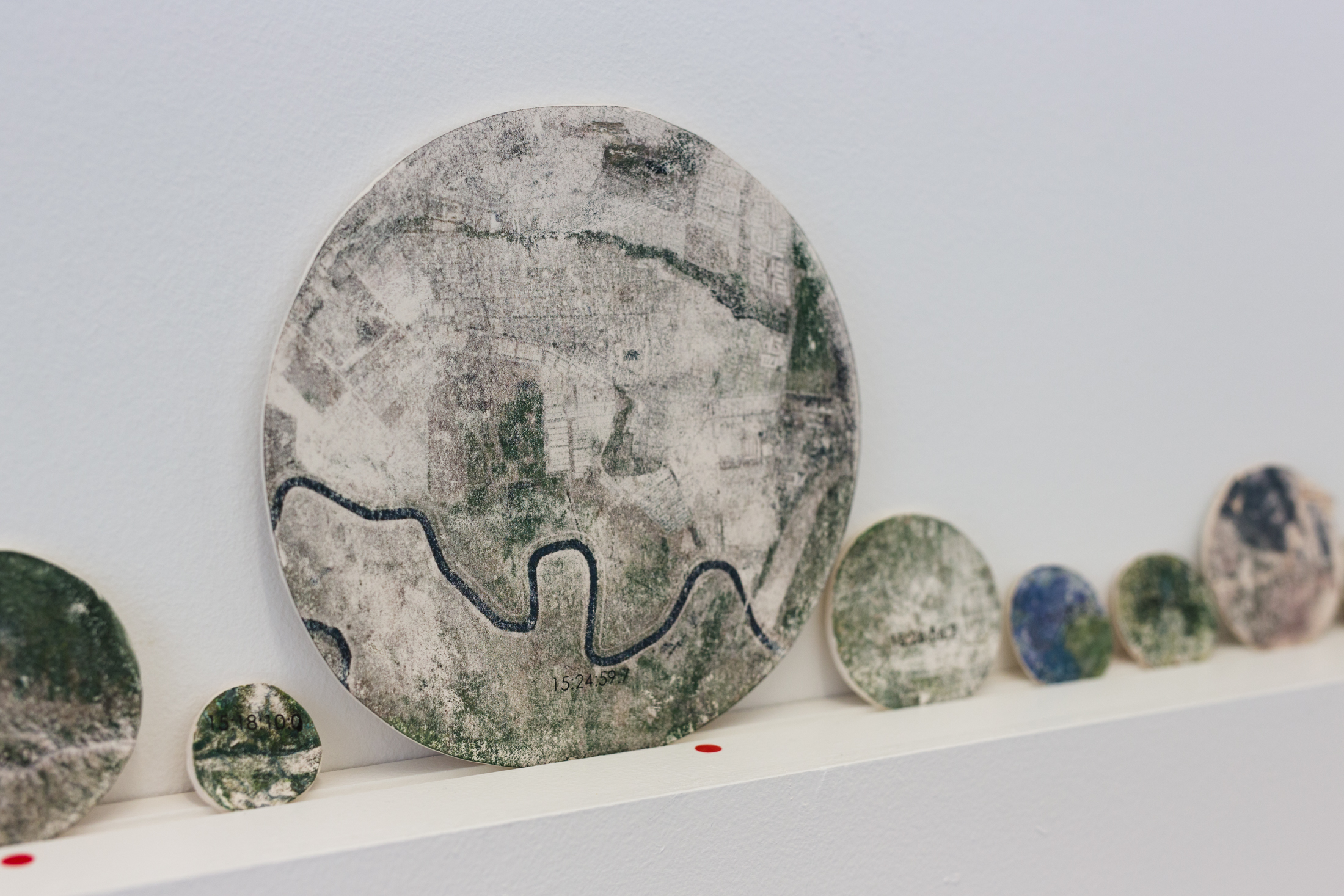 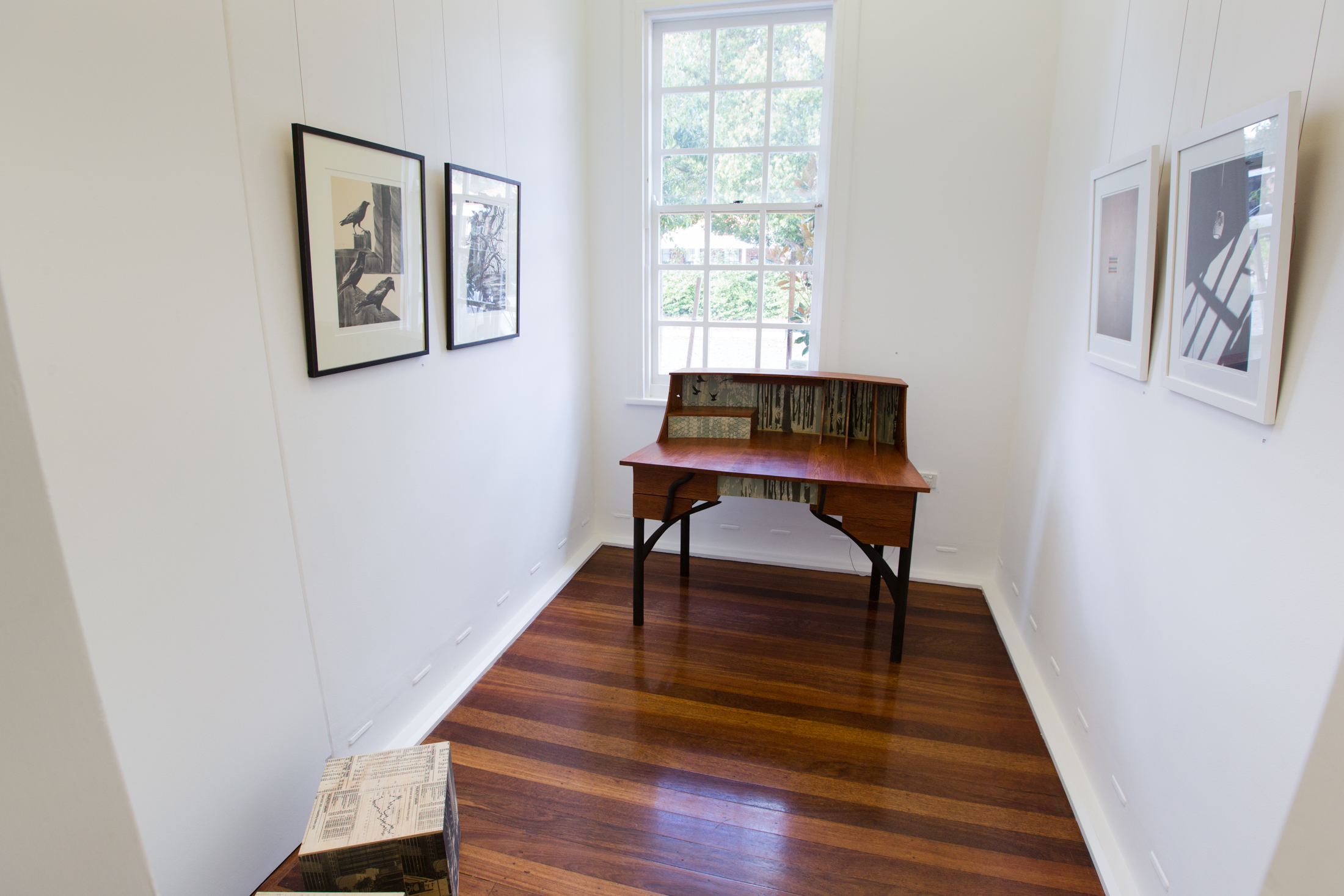 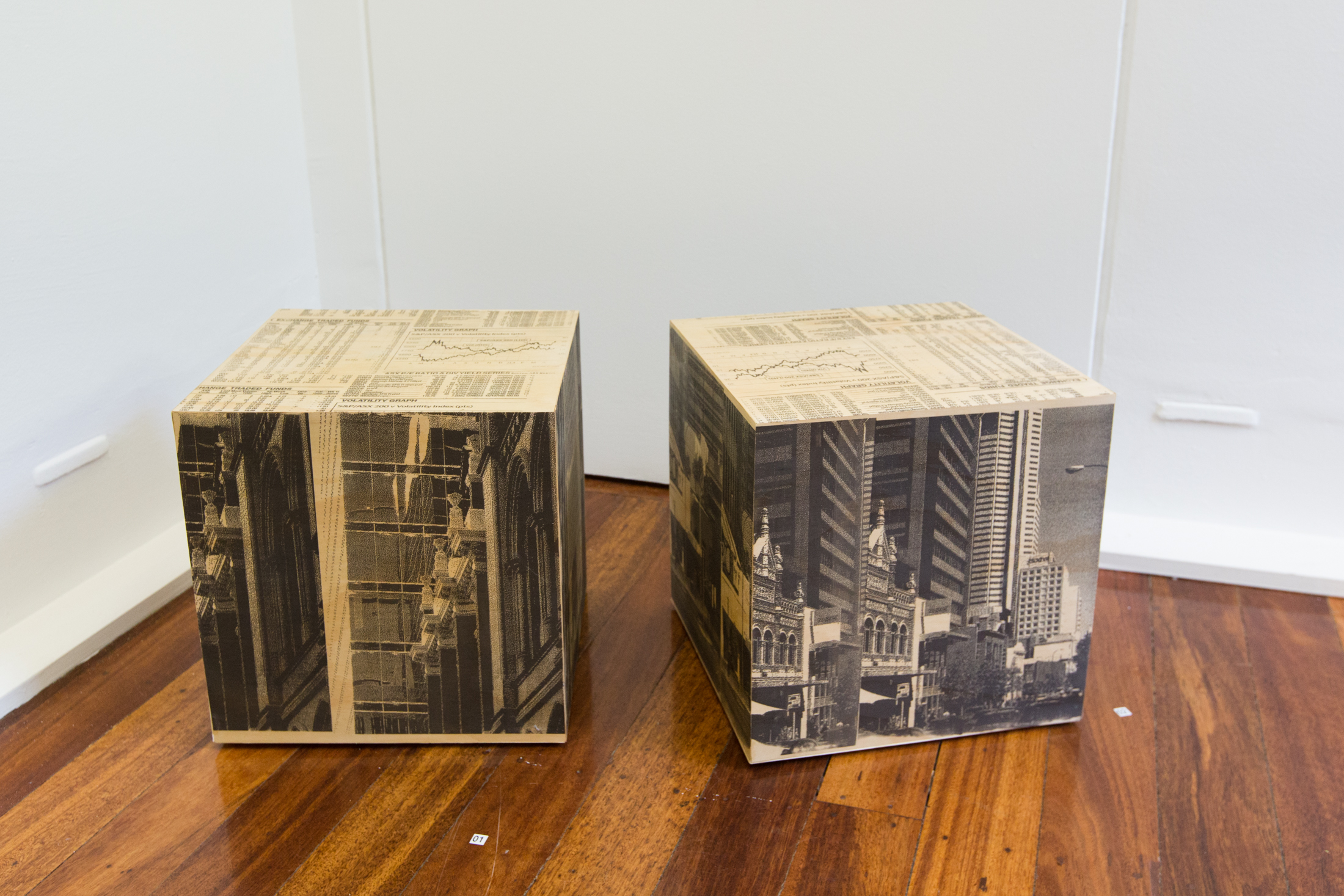 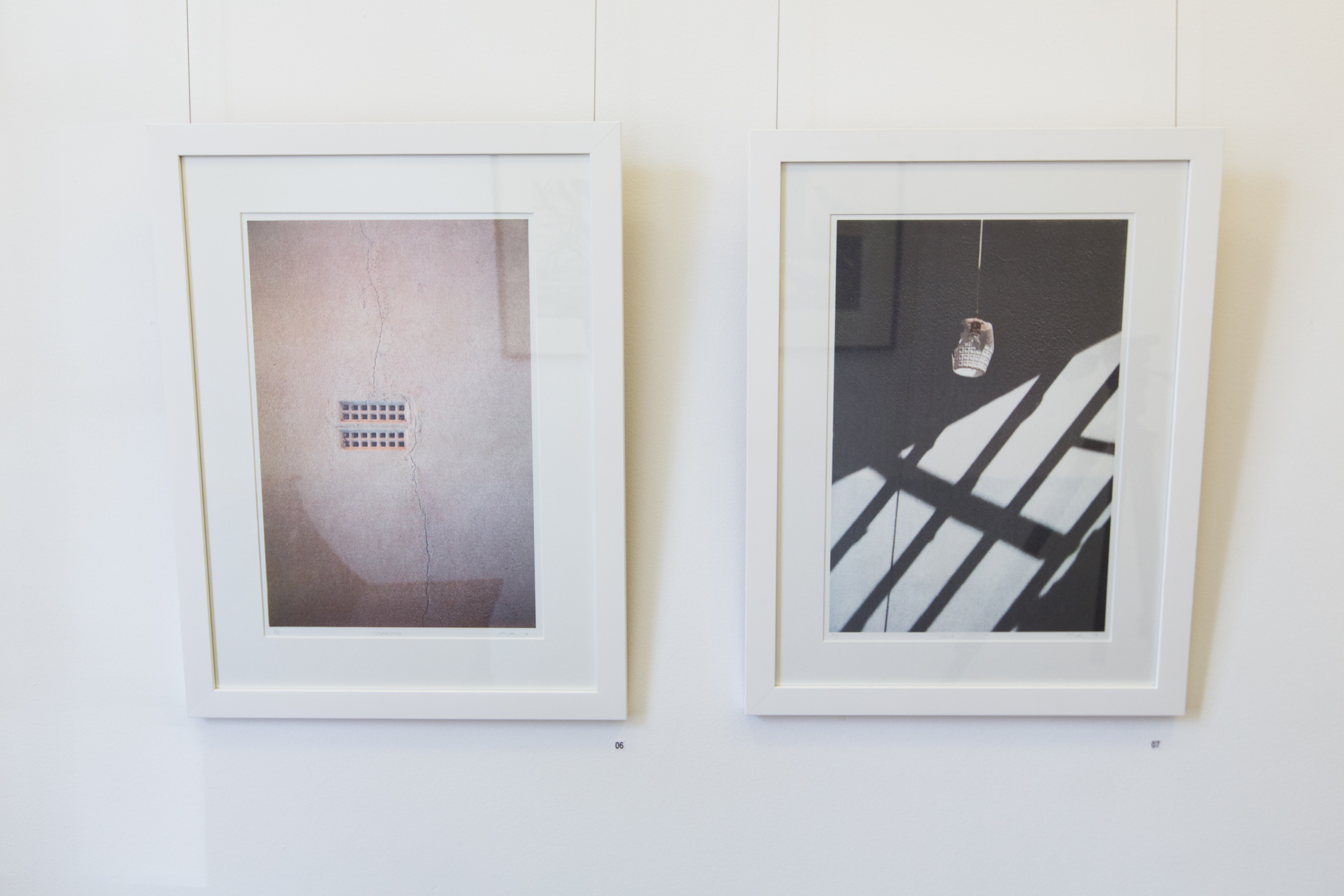 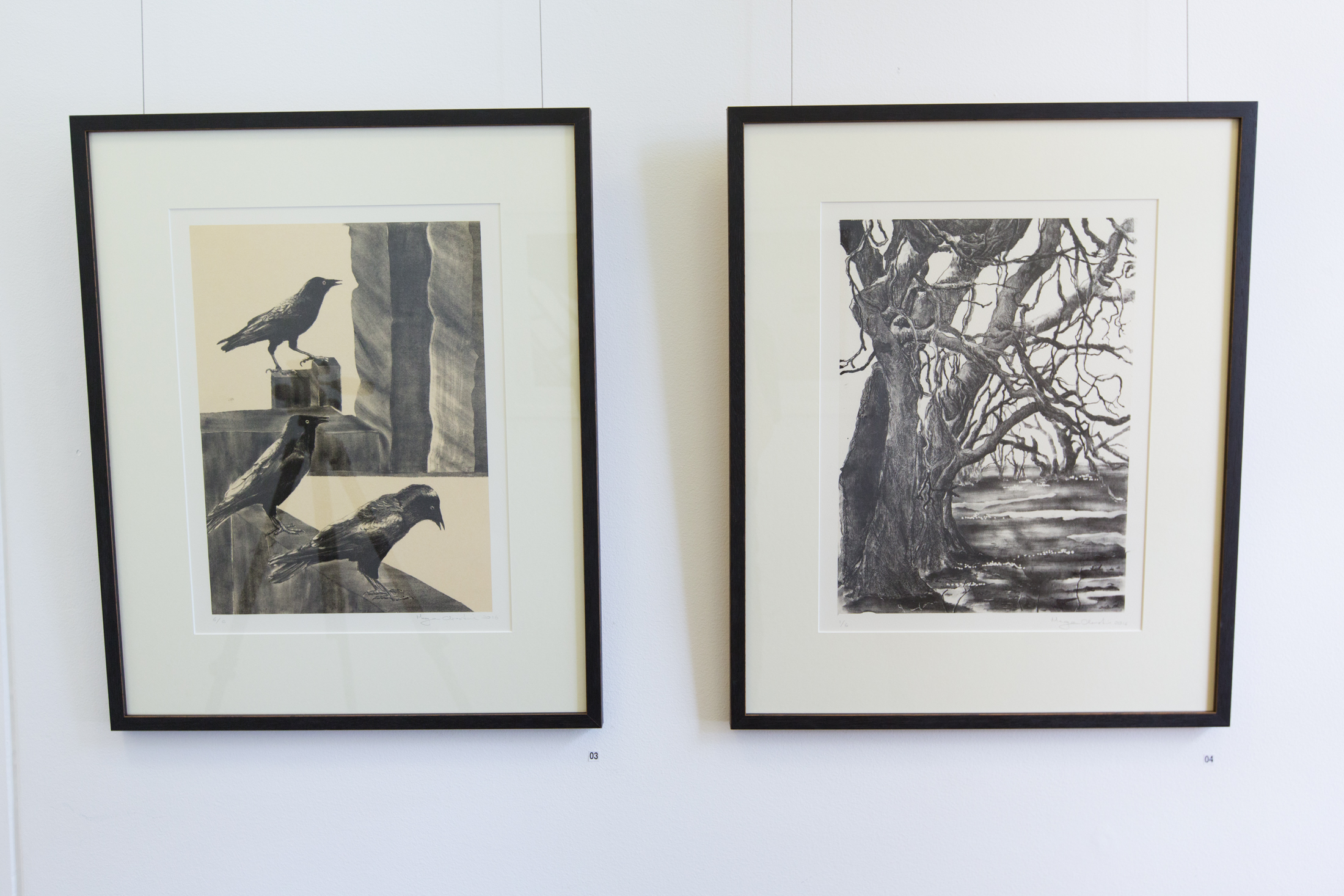 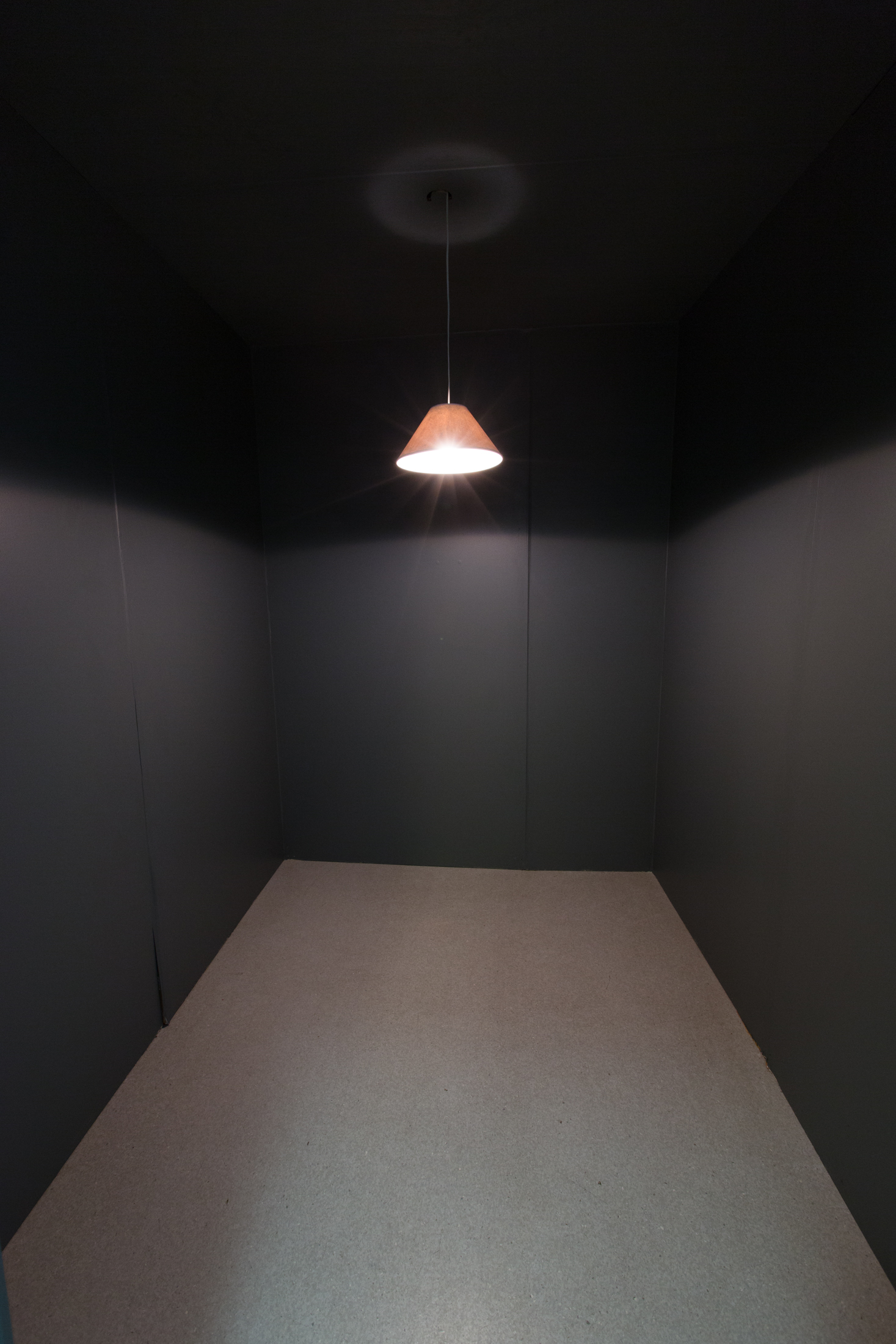 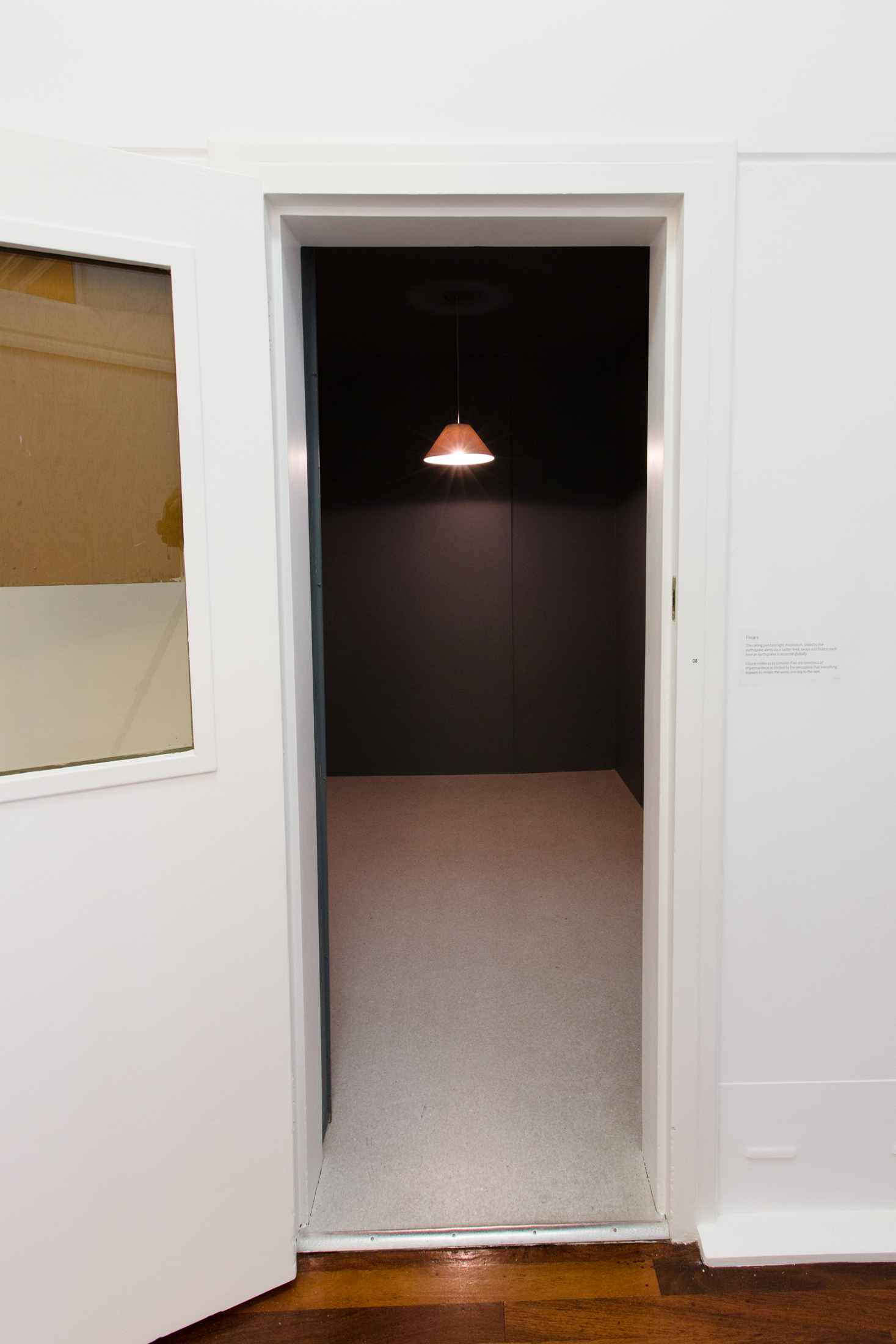 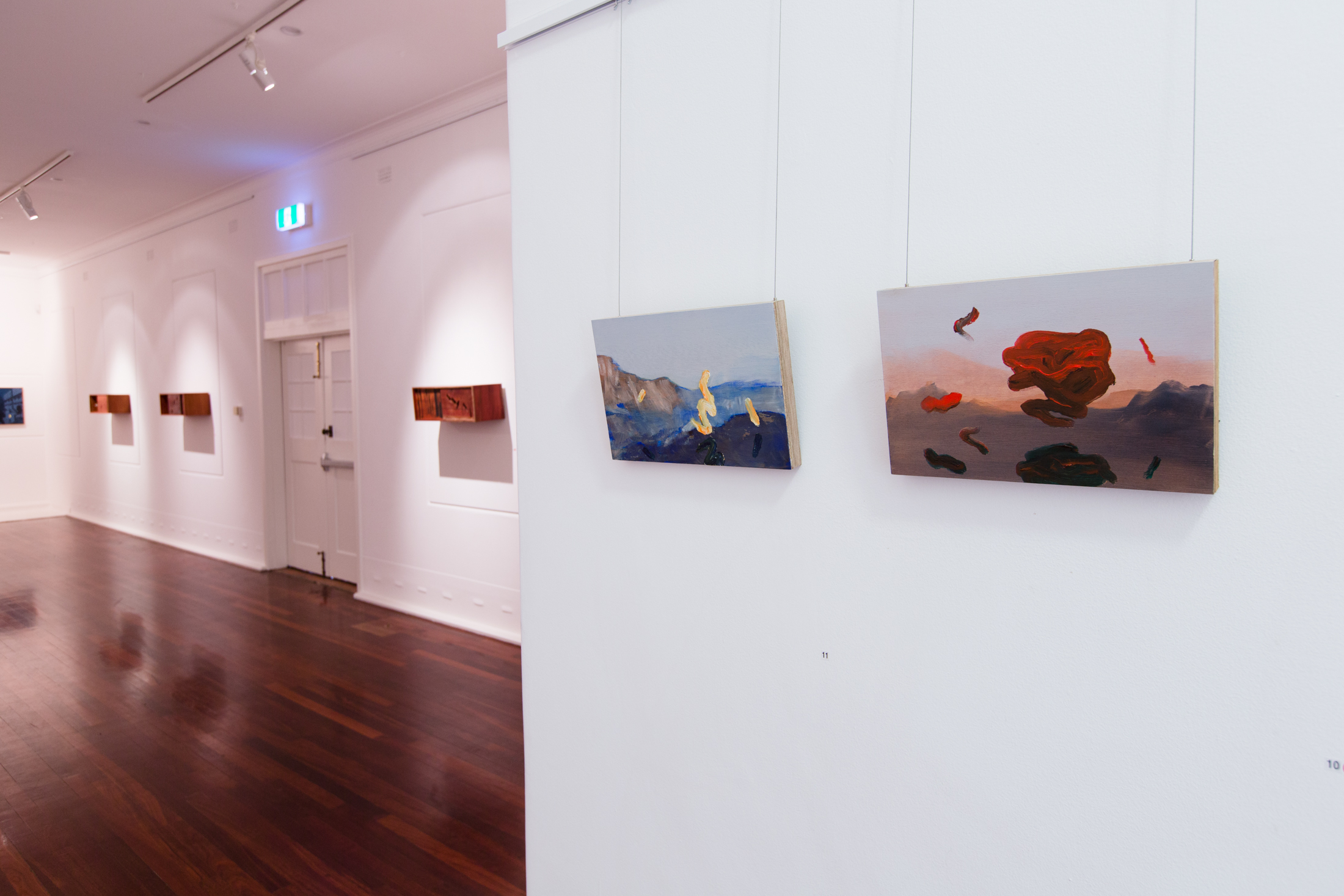 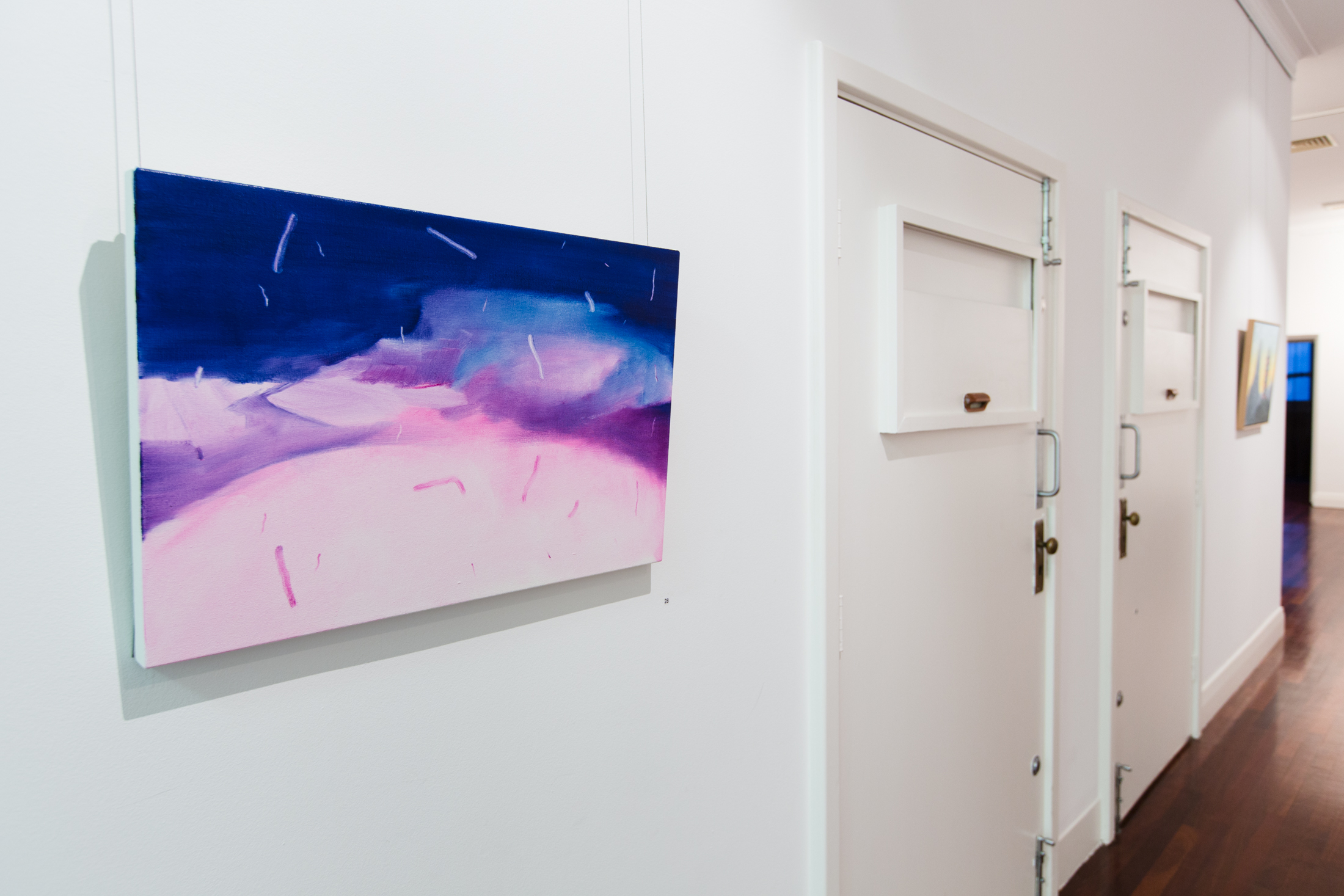 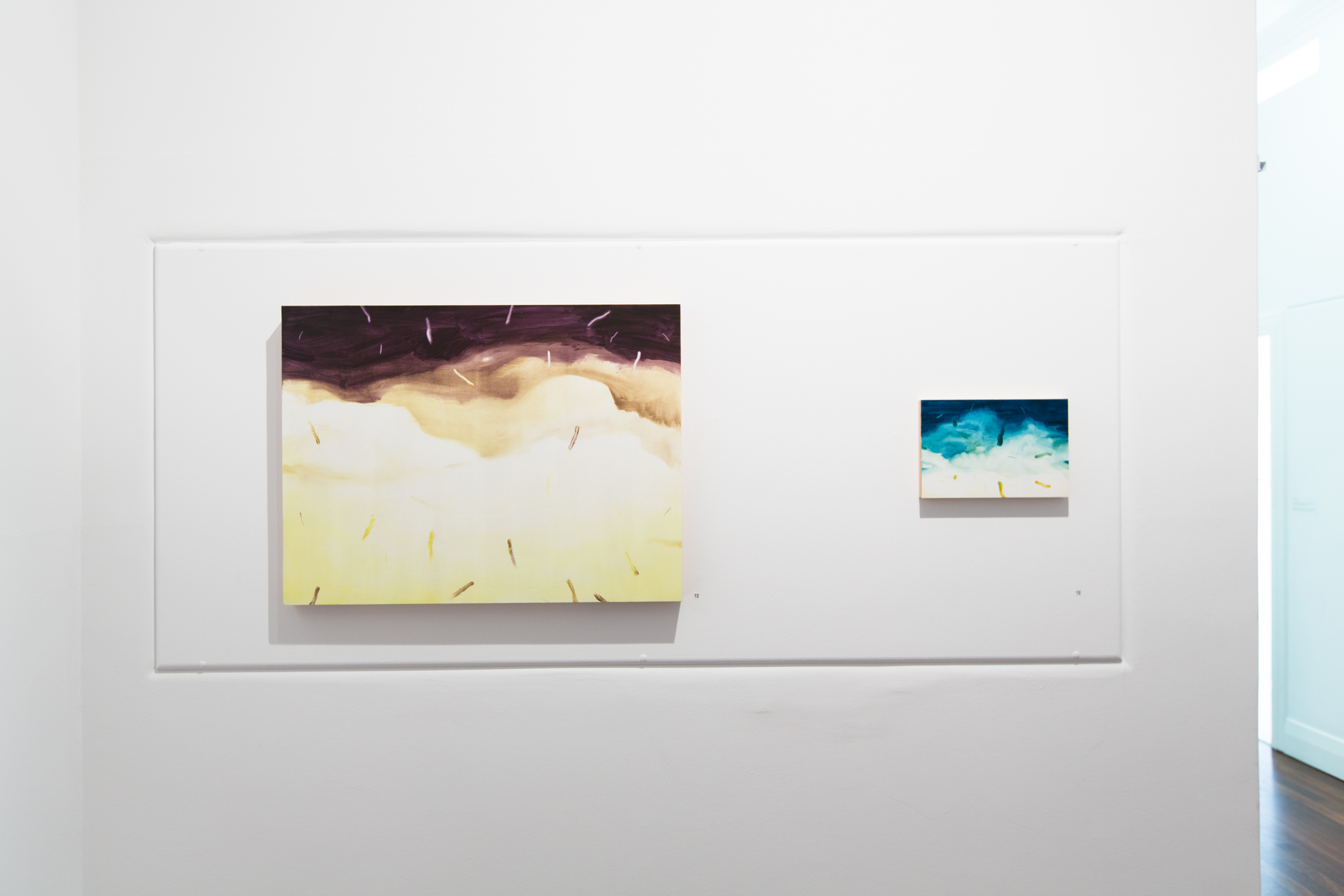 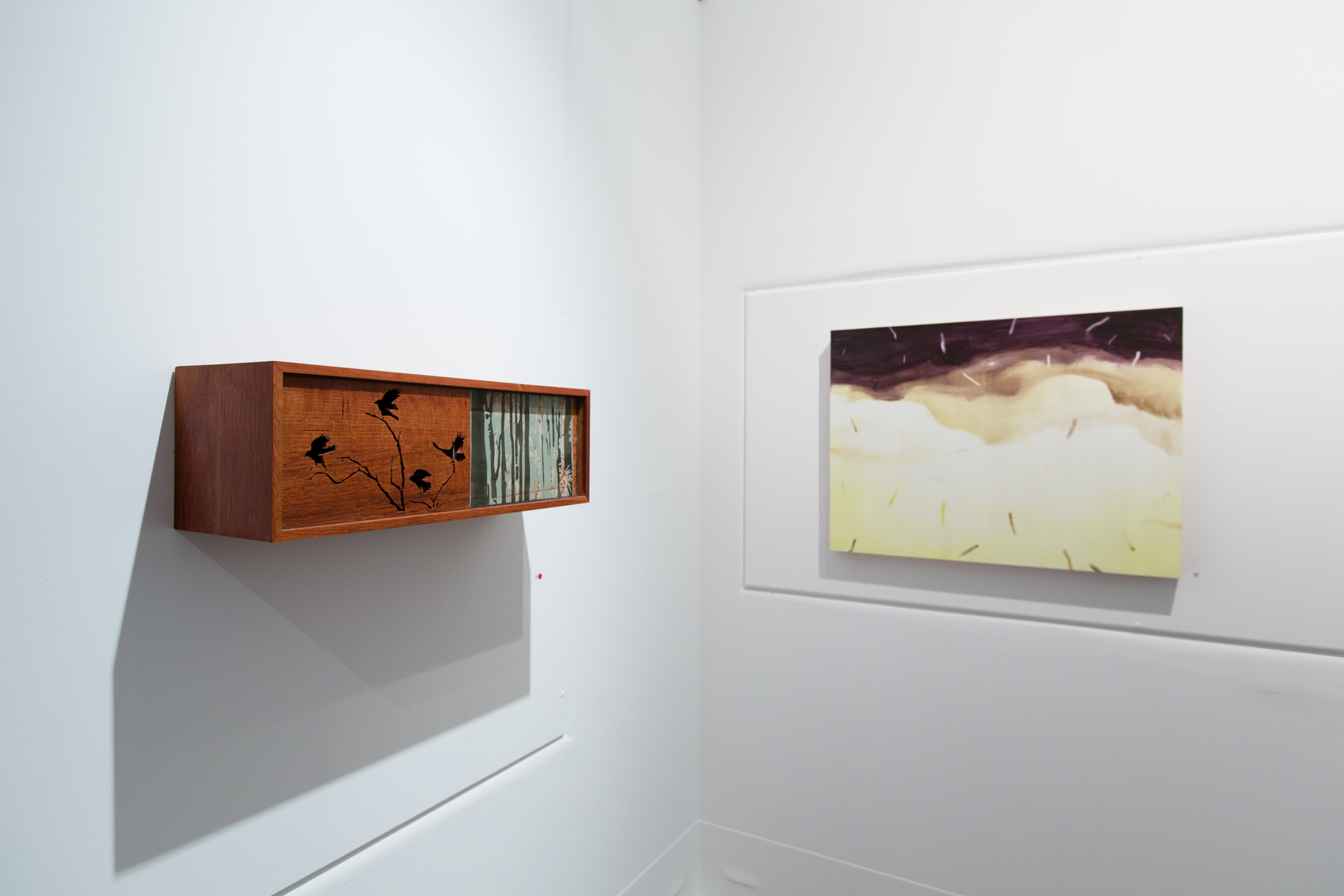 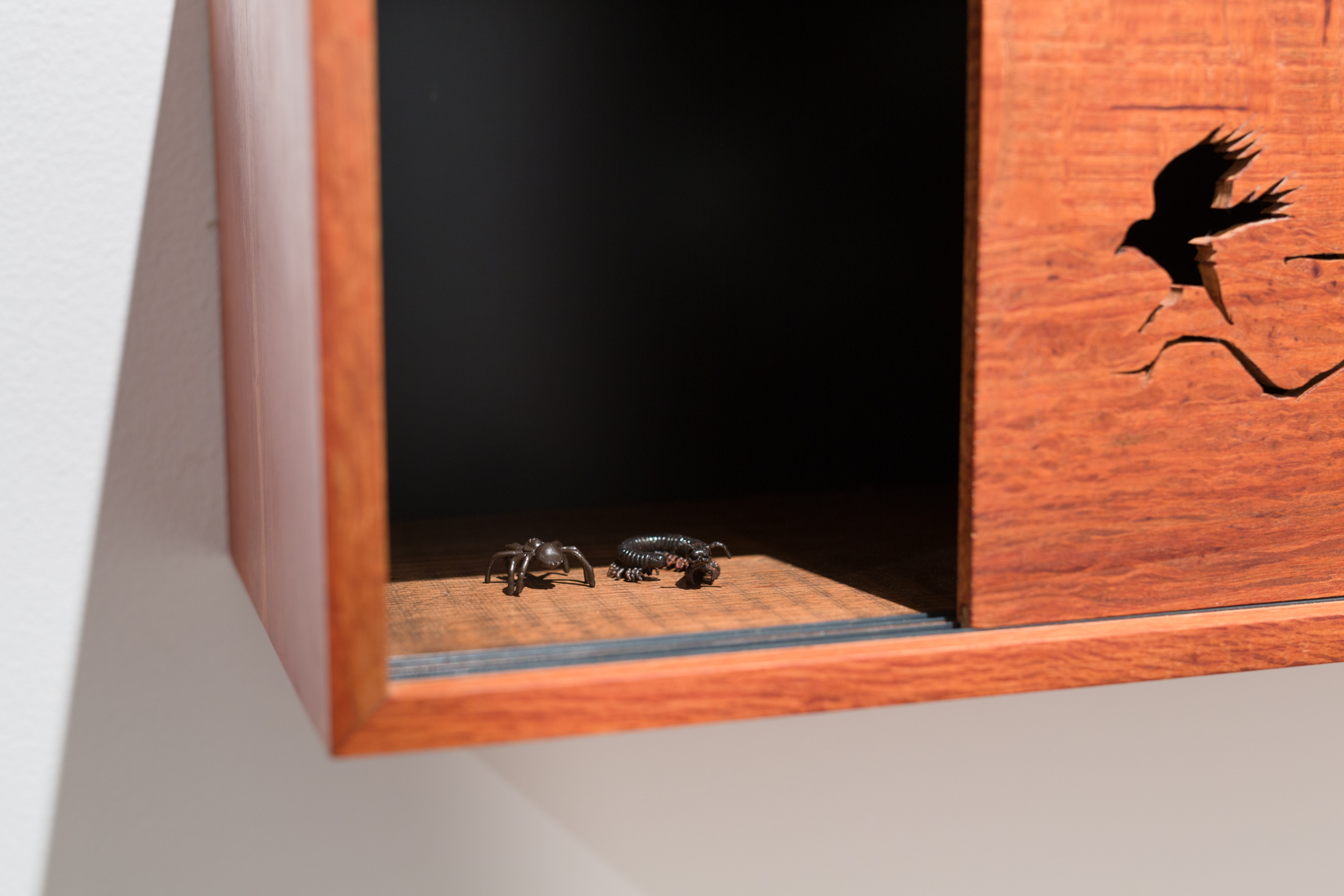 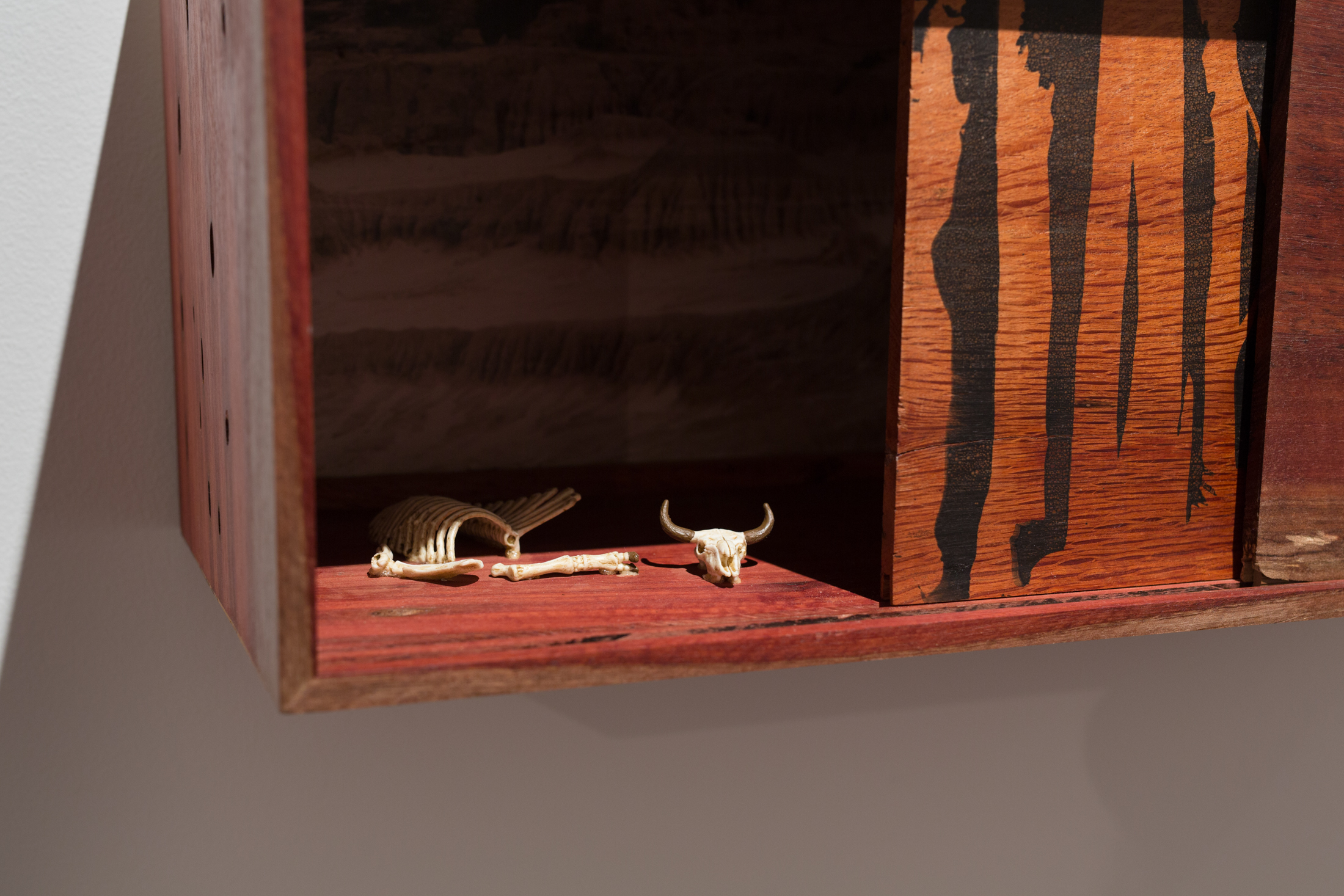 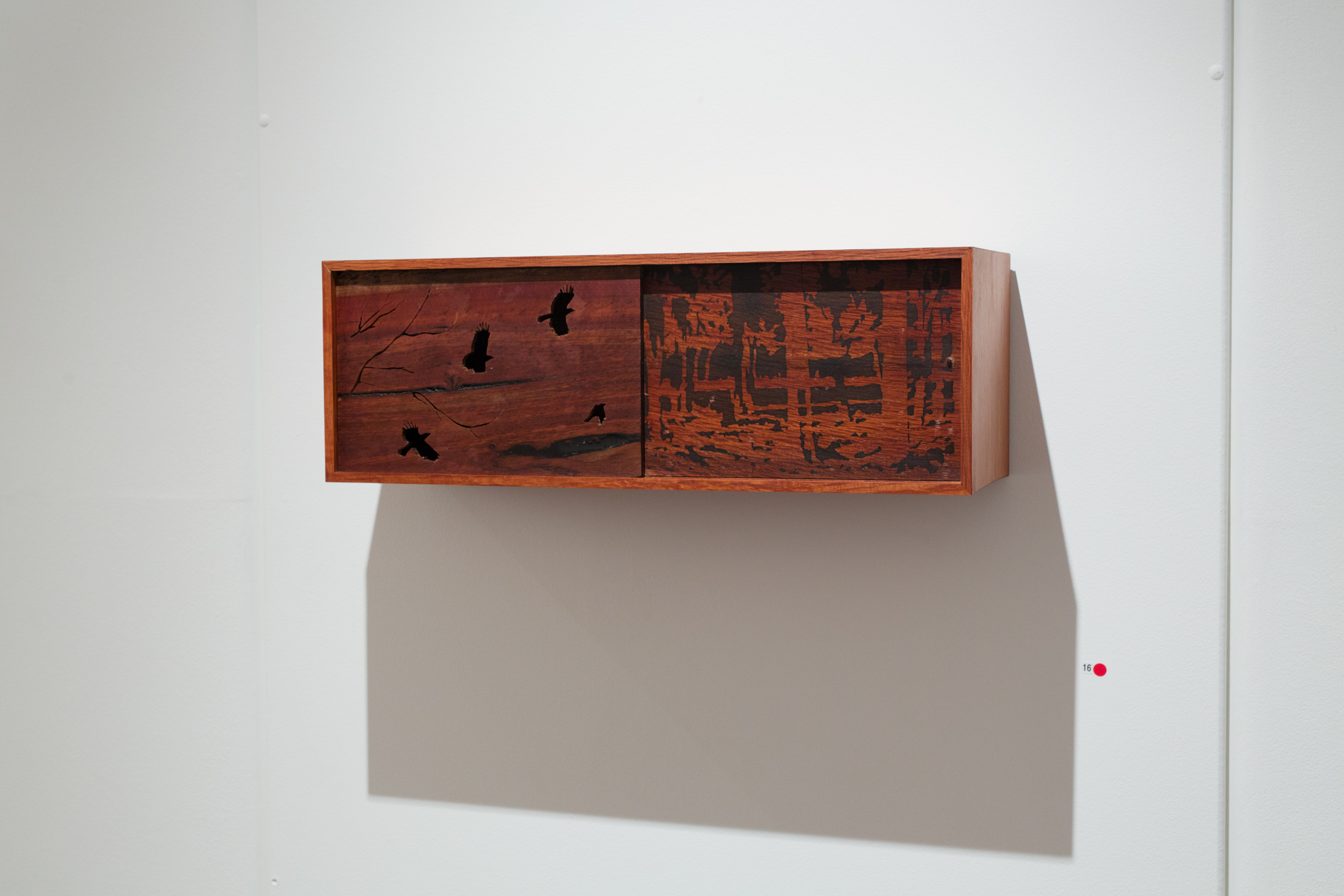 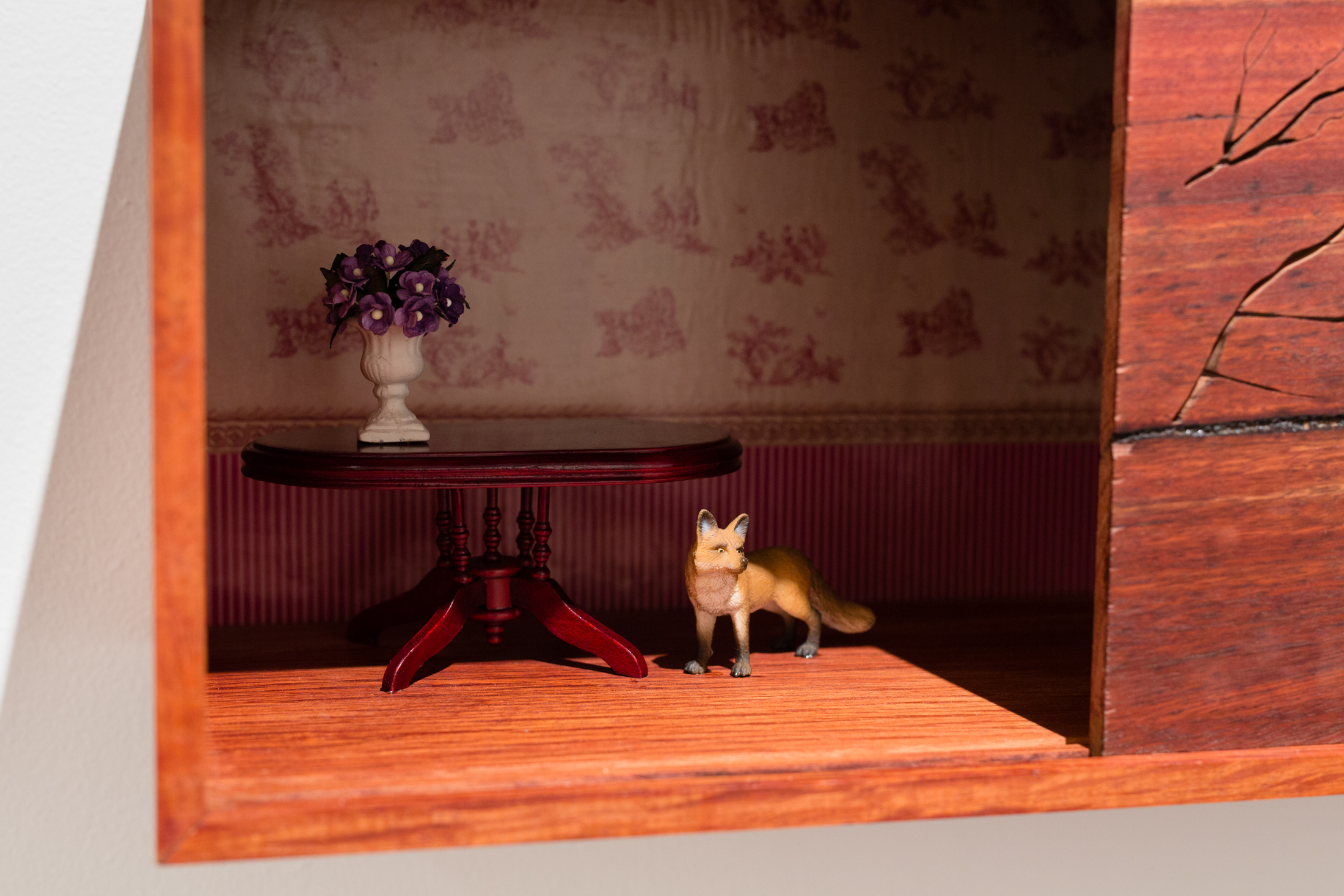 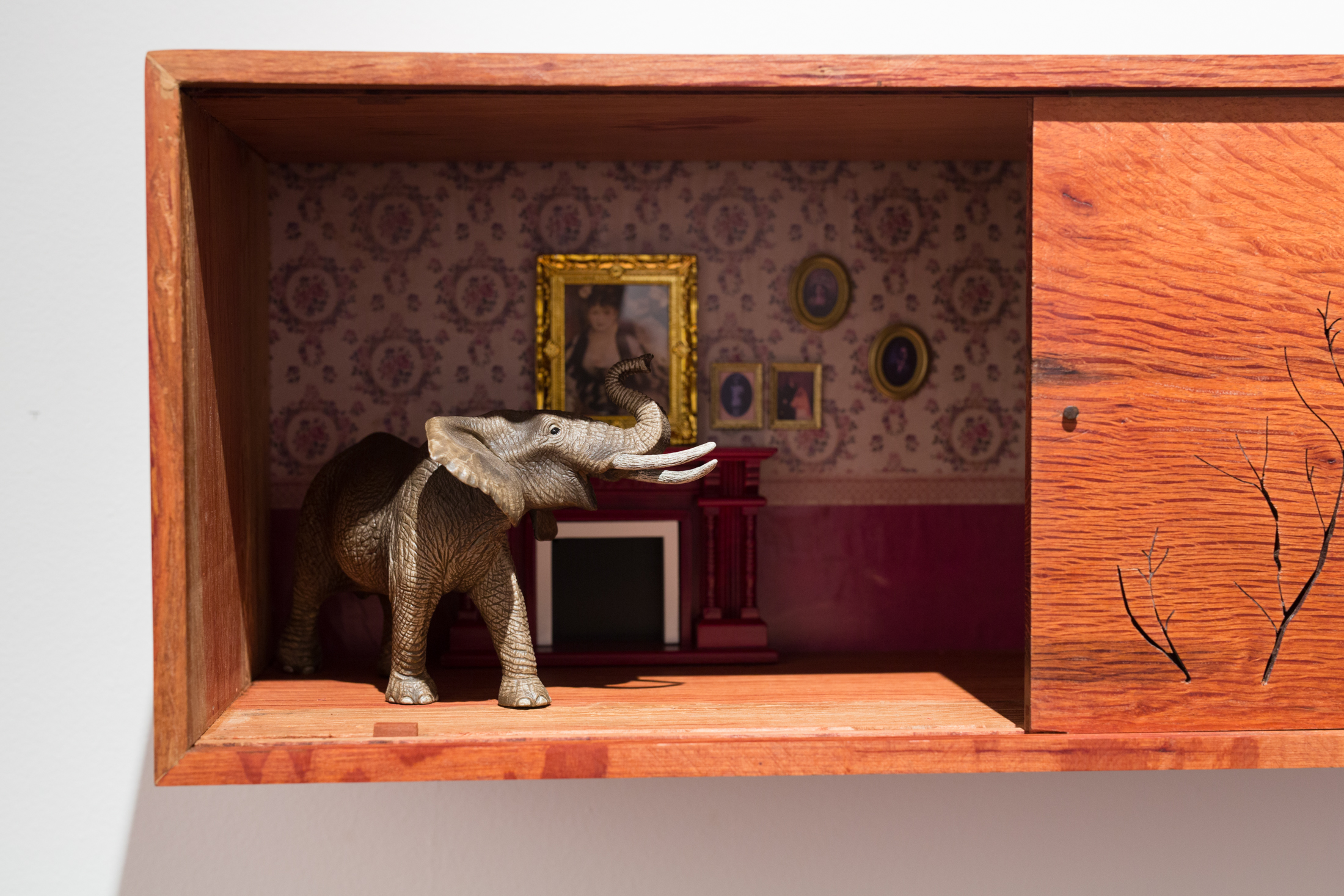 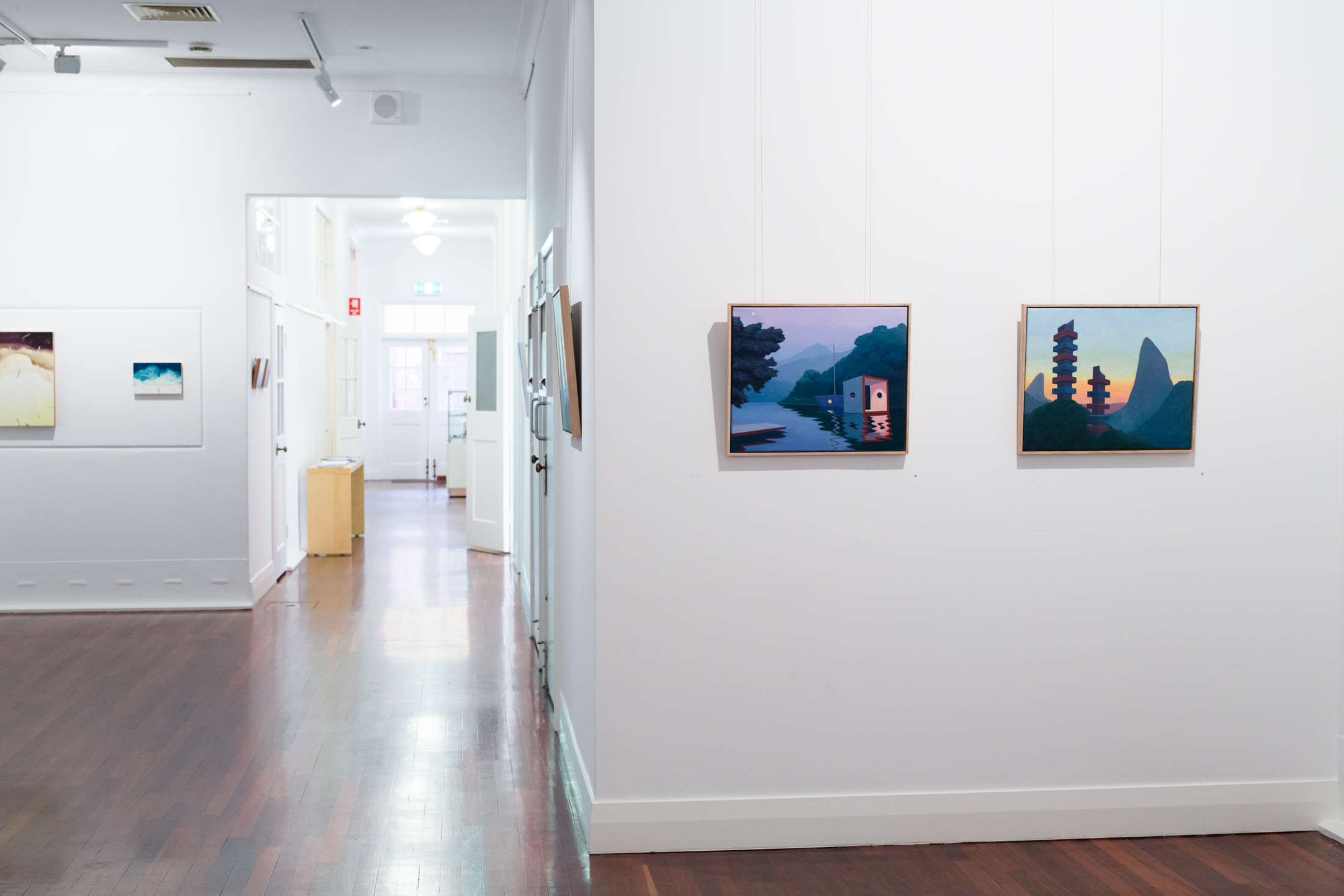 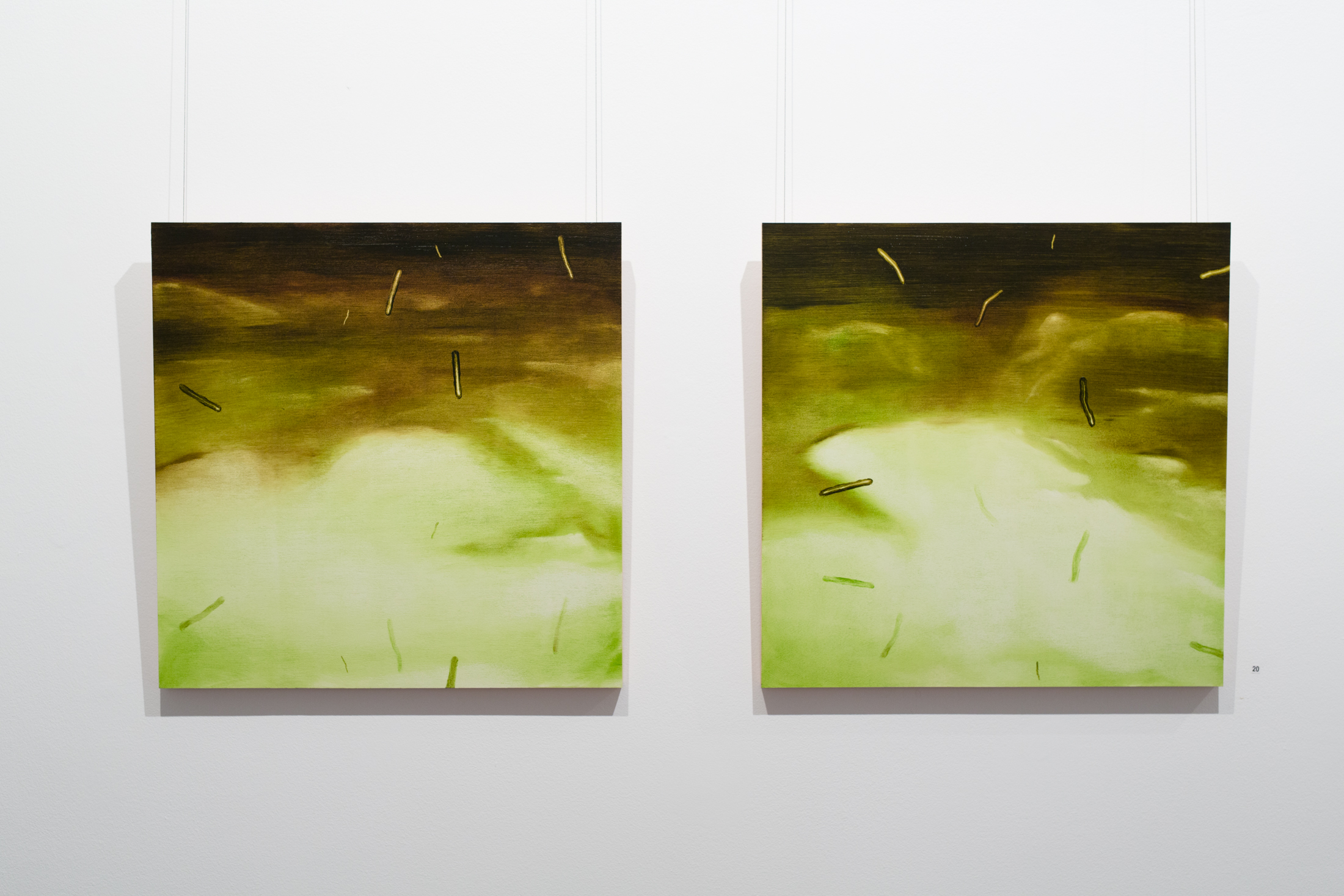 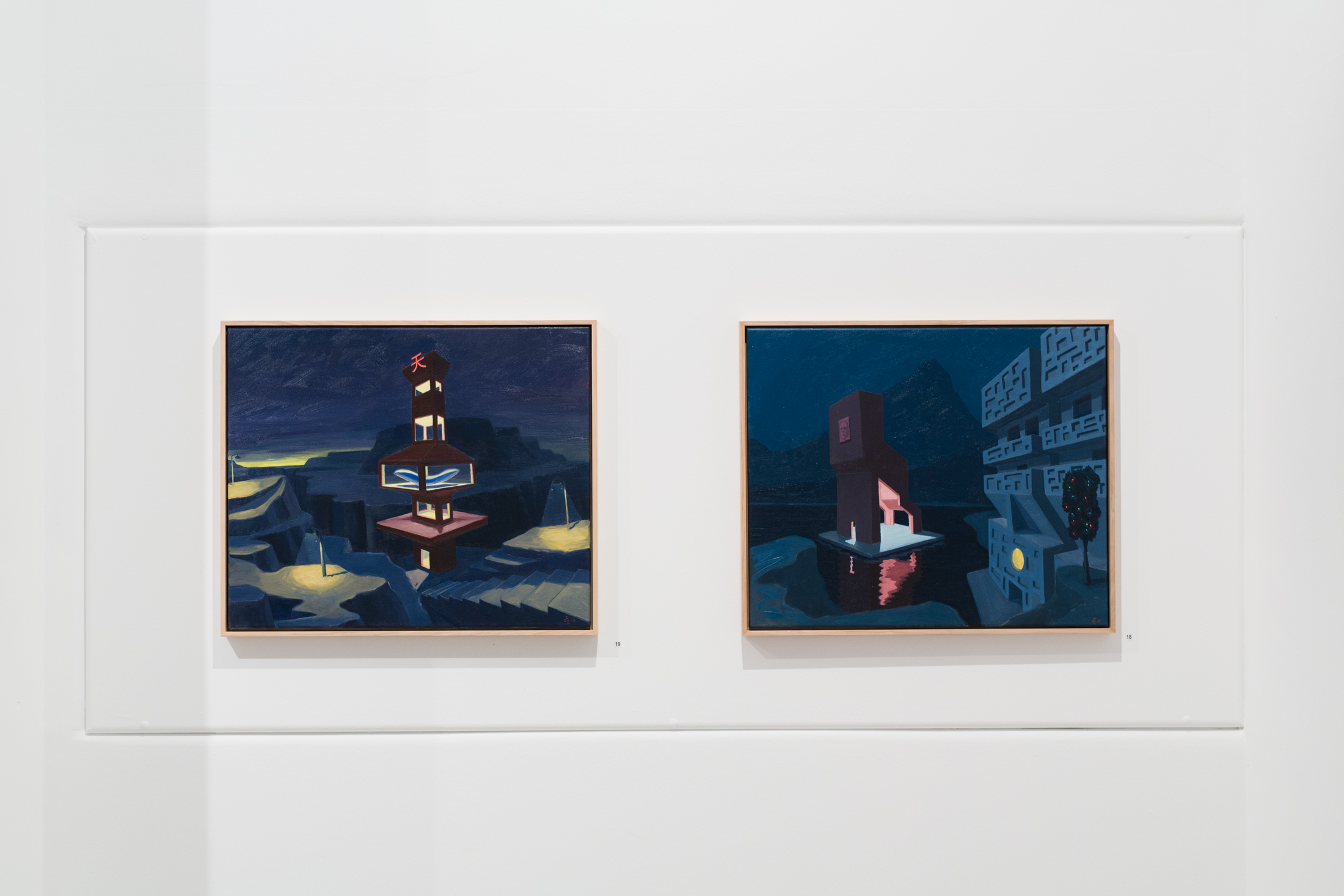 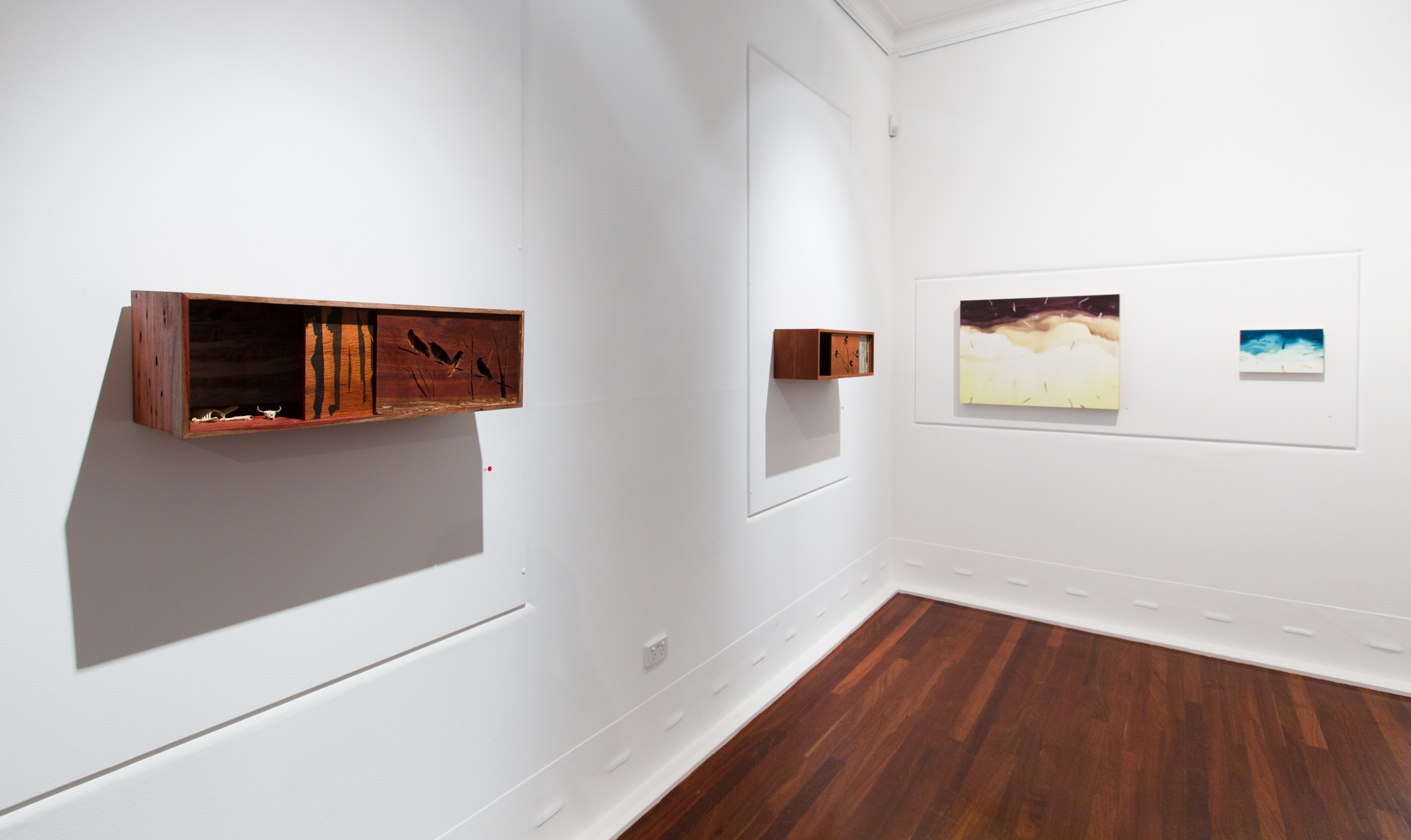 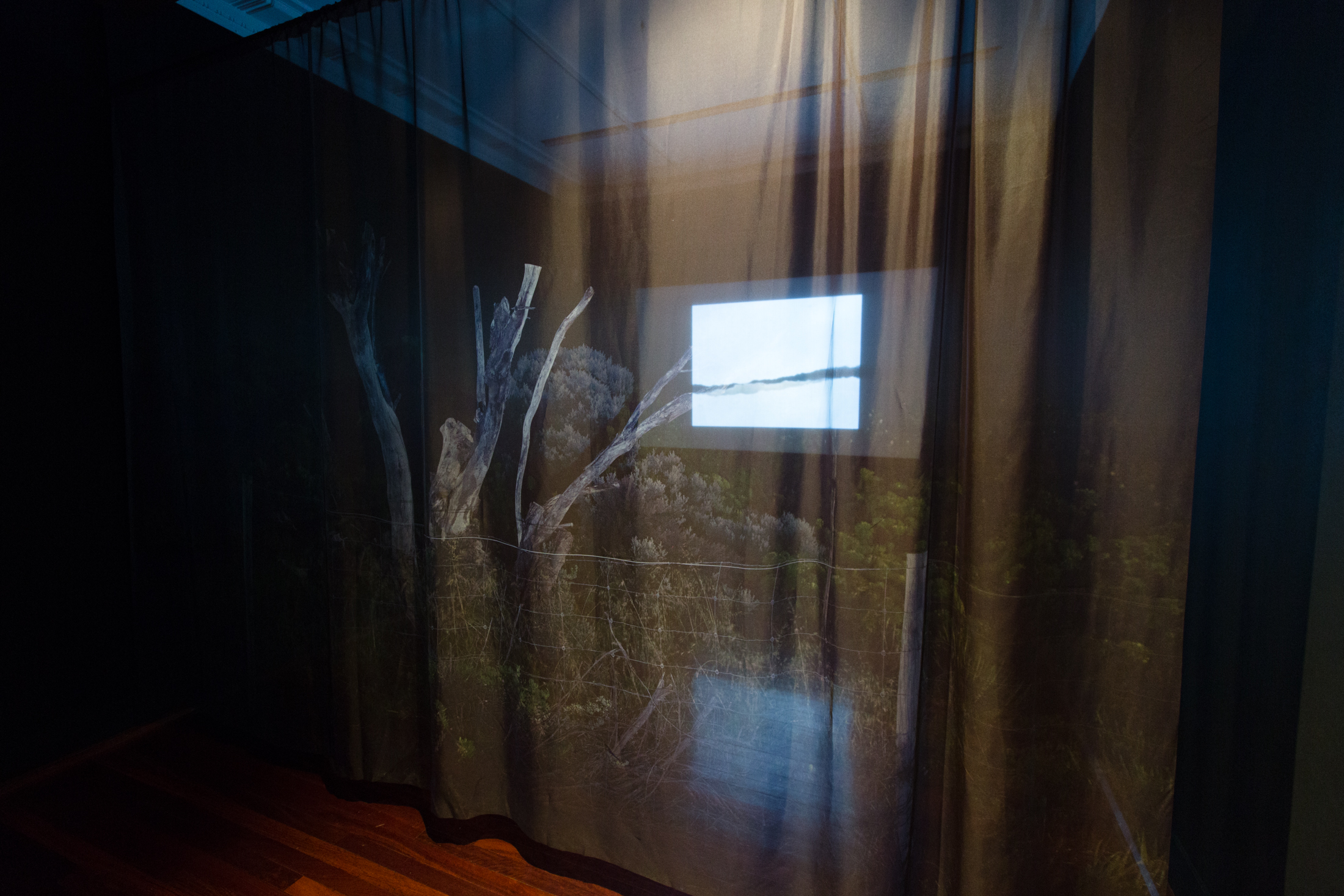 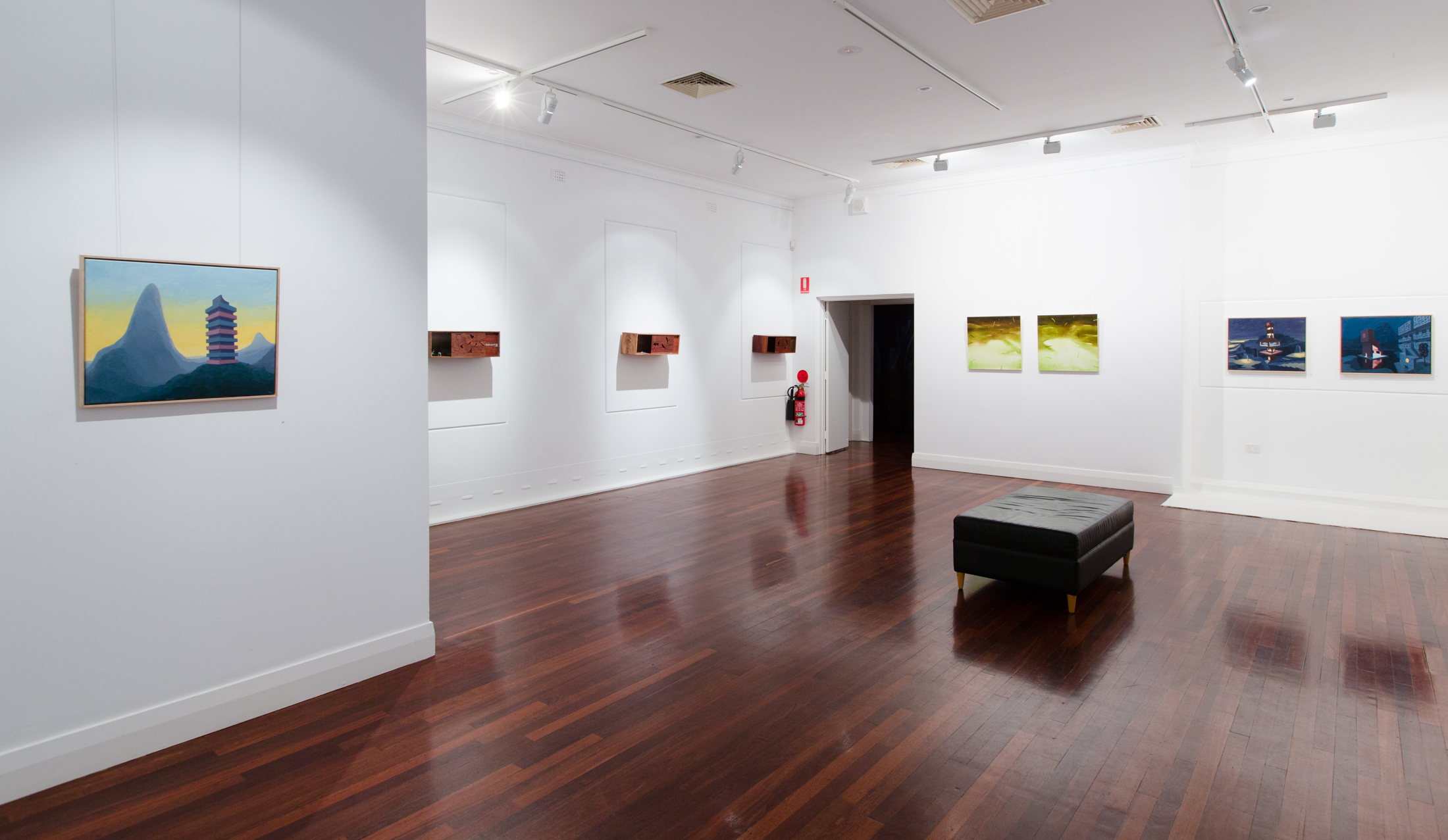