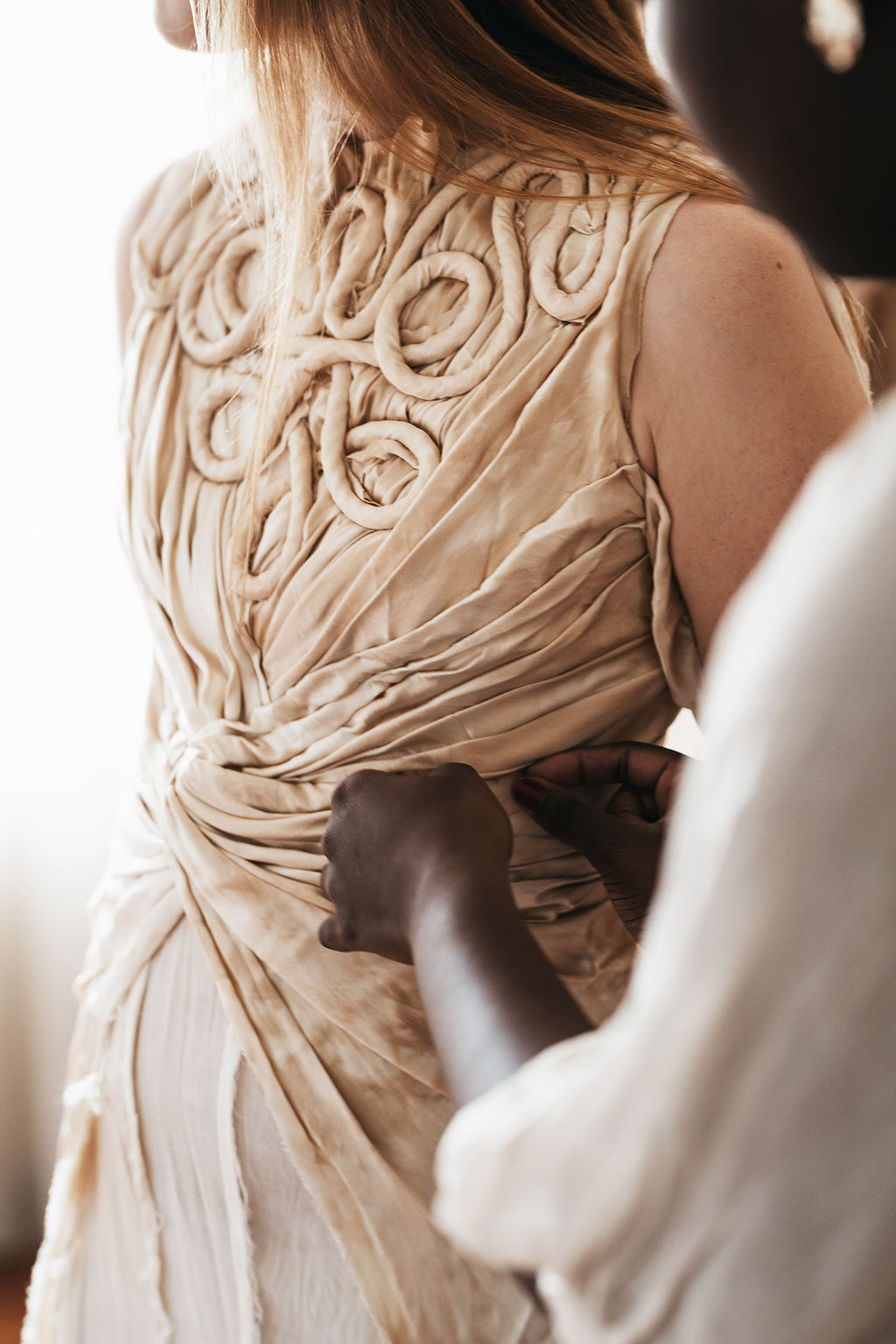 It starts with a single stitch

Mistress of Elmina is a collection that follows the progression of cultural change imposed through forced control and manipulation of dress in the African city of Elmina. The enforcement of Western adornment by colonising governments was not conducive with Elmina’s traditional values and was resisted, resulting in the loss of freedom.

Juxtaposition of raw and elaborate signifiers are used to convey the journey of two conflicting cultures, one valuing wealth and excess and the other, in stark contrast, living a simple lifestyle. Cultures not in harmony, as each does not respect the other; beginning to move in the same direction, slowly synchronising. Painfully looking back, and victoriously moving forward.

Designer Lucy Aboagye is a Fashion Graduate from Curtin University. Born in Norway to Ghanaian parents, and raised in Bunbury, Western Australia her aspiration to create fashion garments (couture) and women’s wear transpired from an early introduction to such diversity.

“My ideas and design values stems from my Ghanaian background, a culture that sees beauty in its most raw form. The places I have travelled to and strong influential women I’ve met have also inspired me greatly.”

Architecture, song and poetry have also been great influences, and I’m continually challenged to evolve with the cultural climate, and design with a difference. 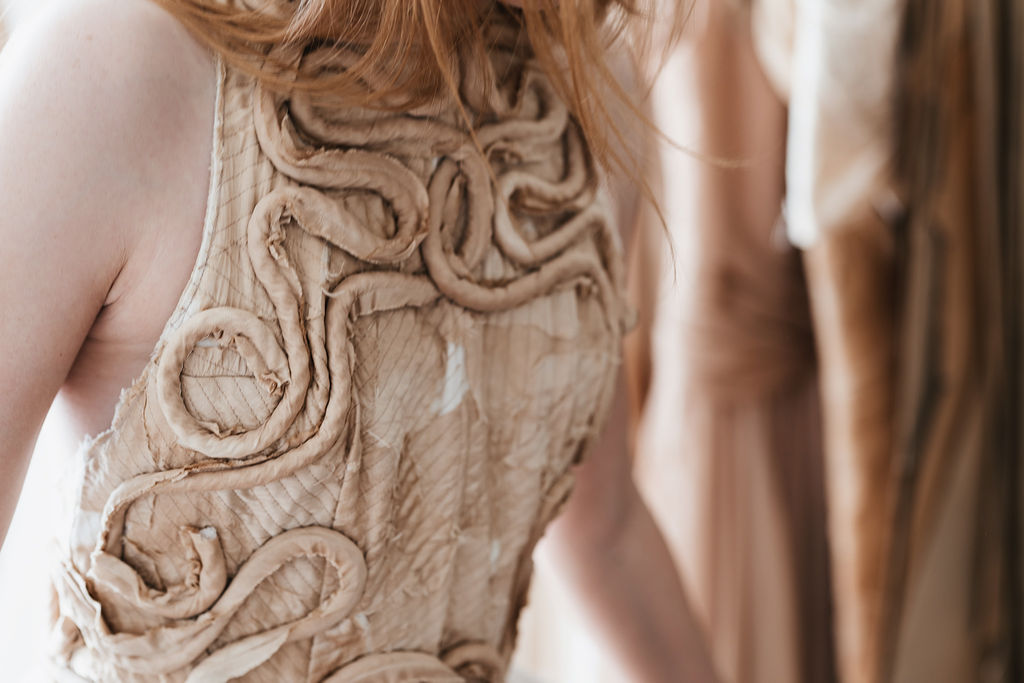 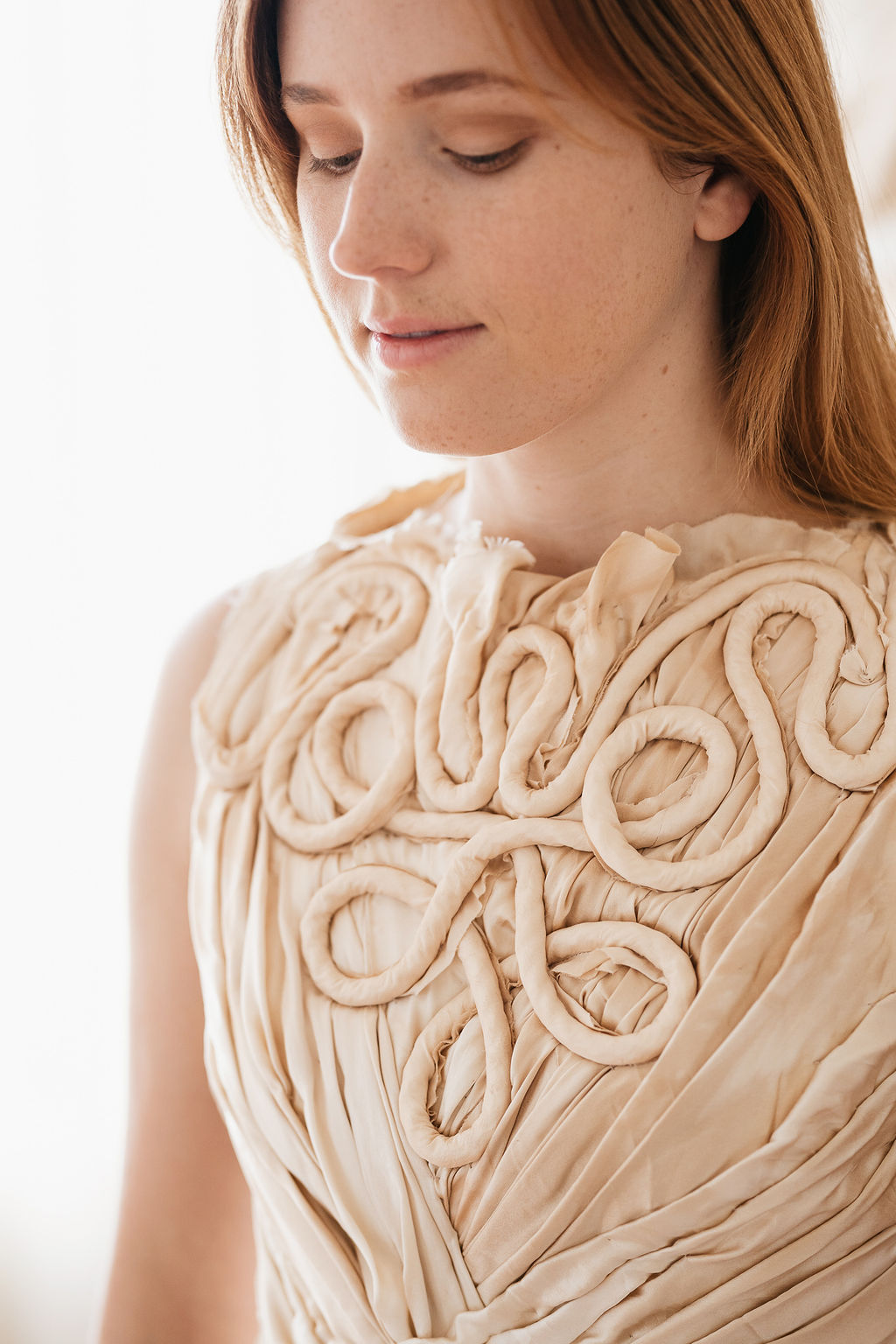 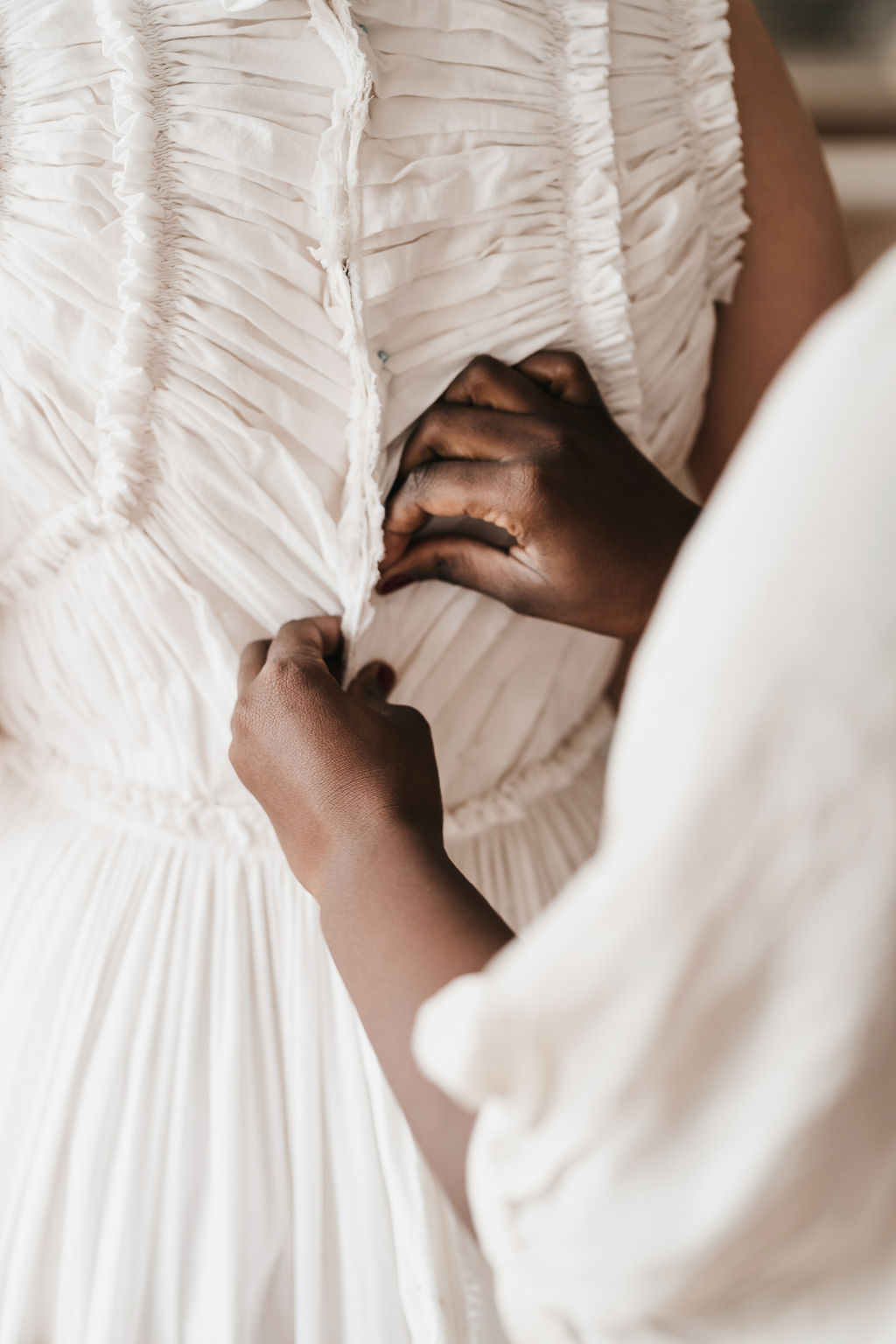 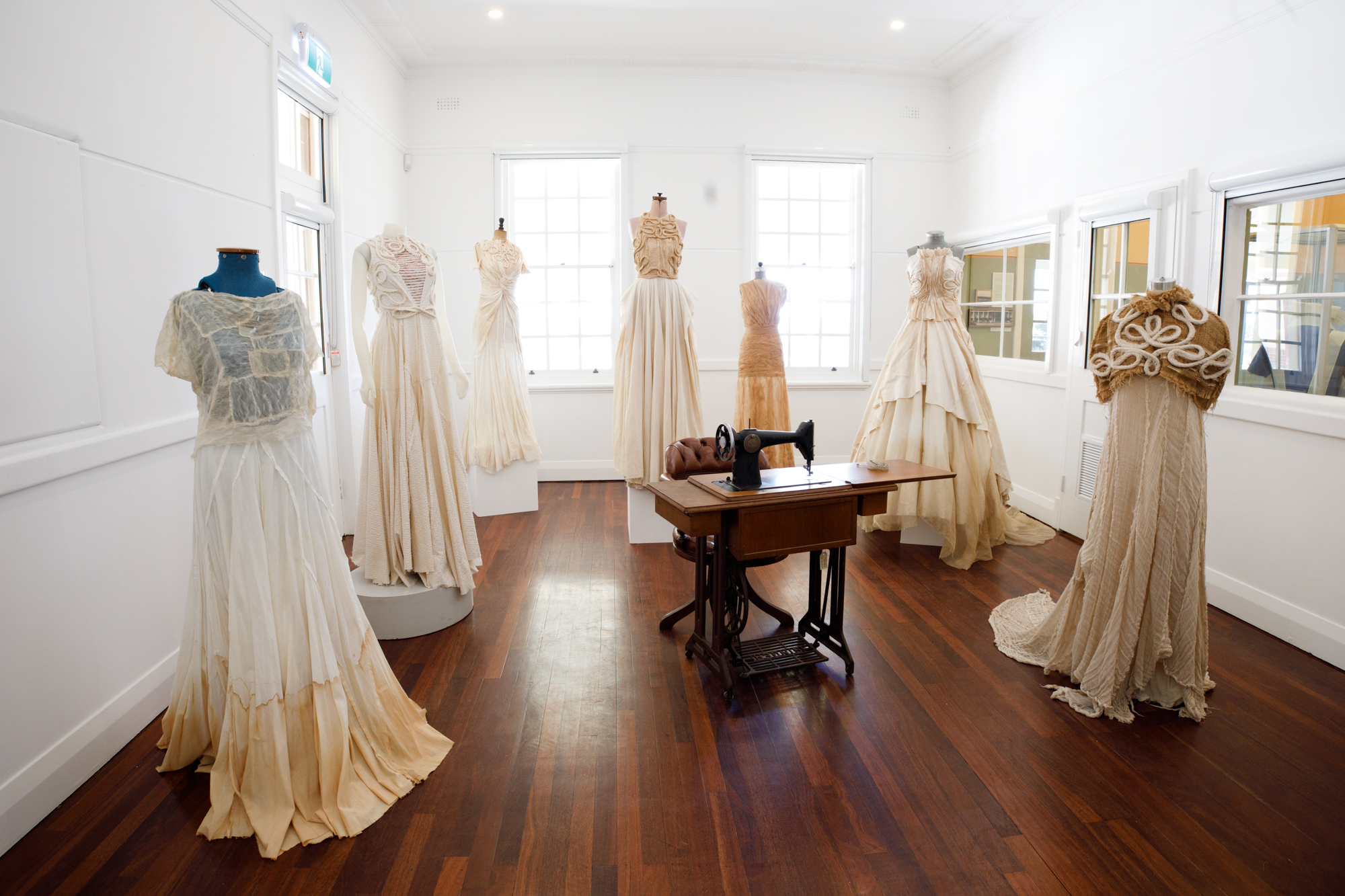 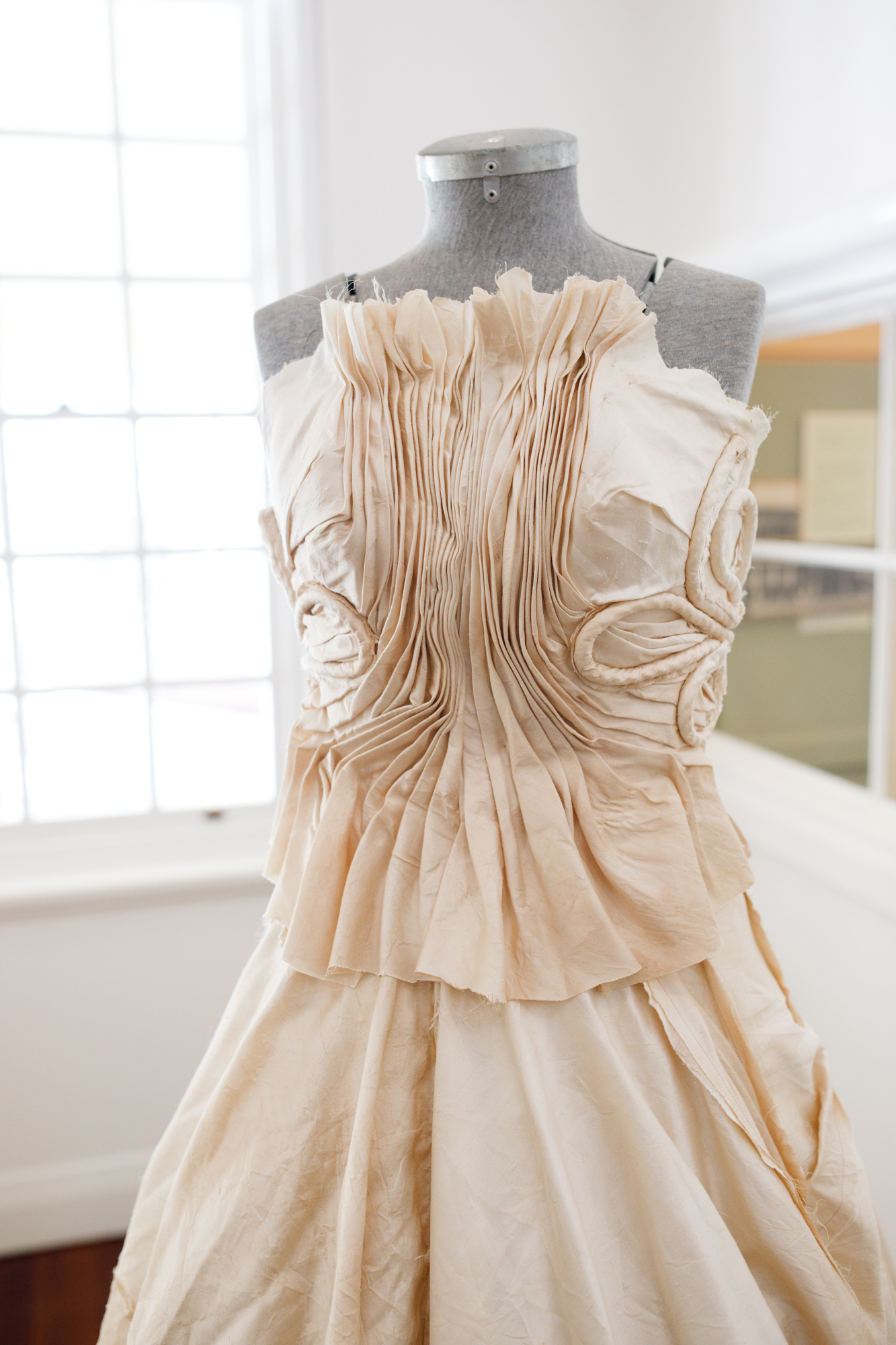 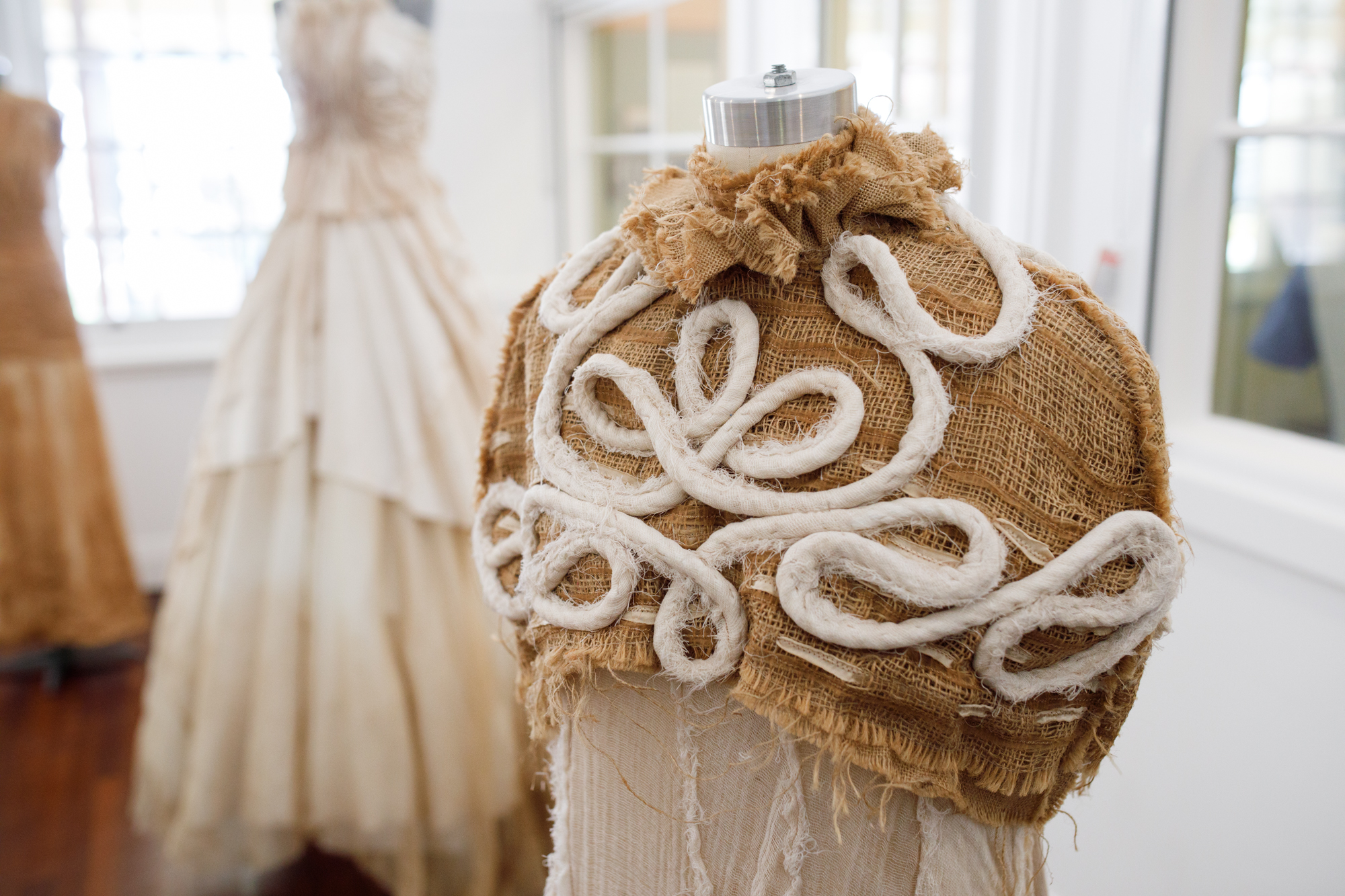 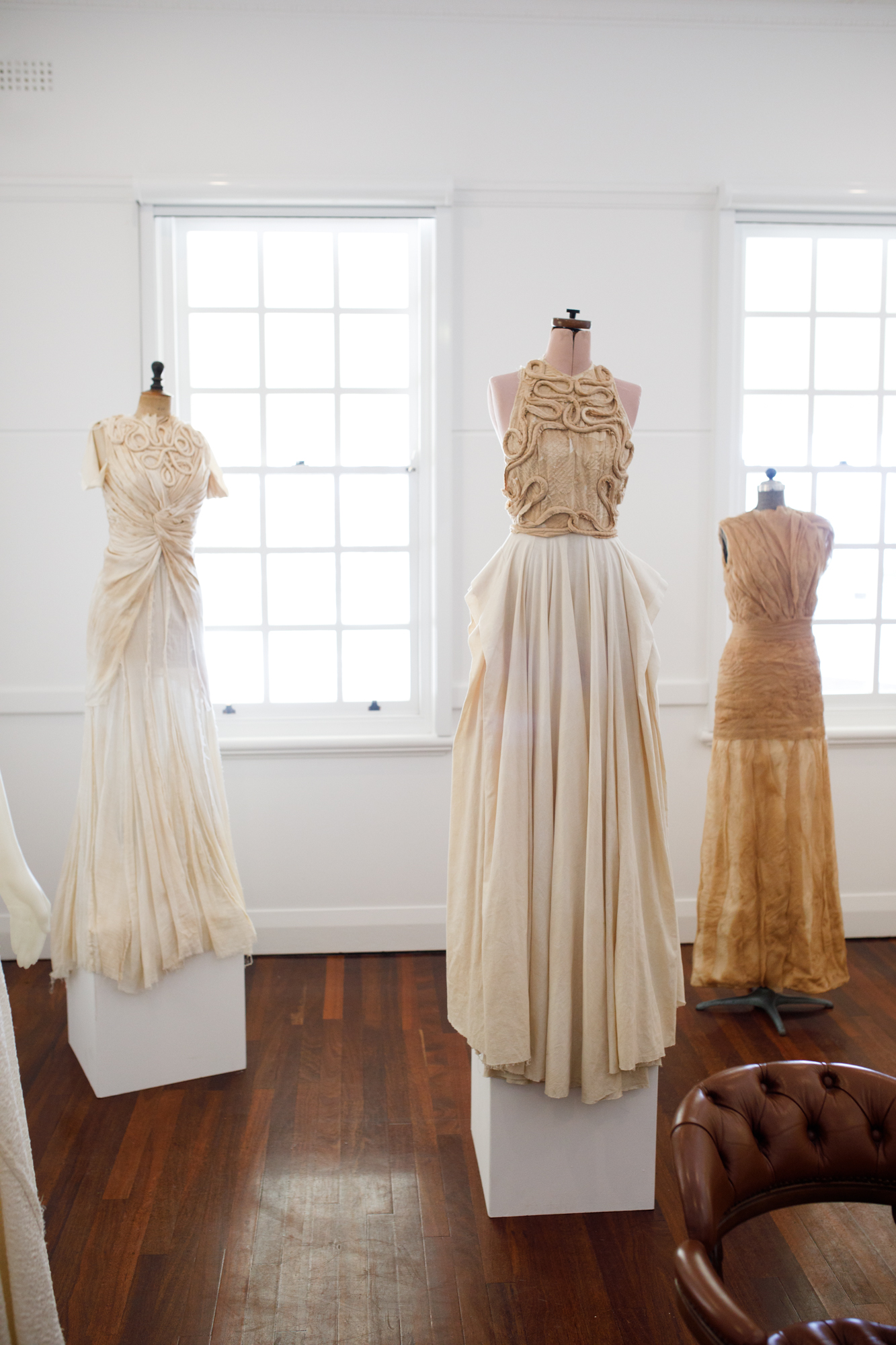 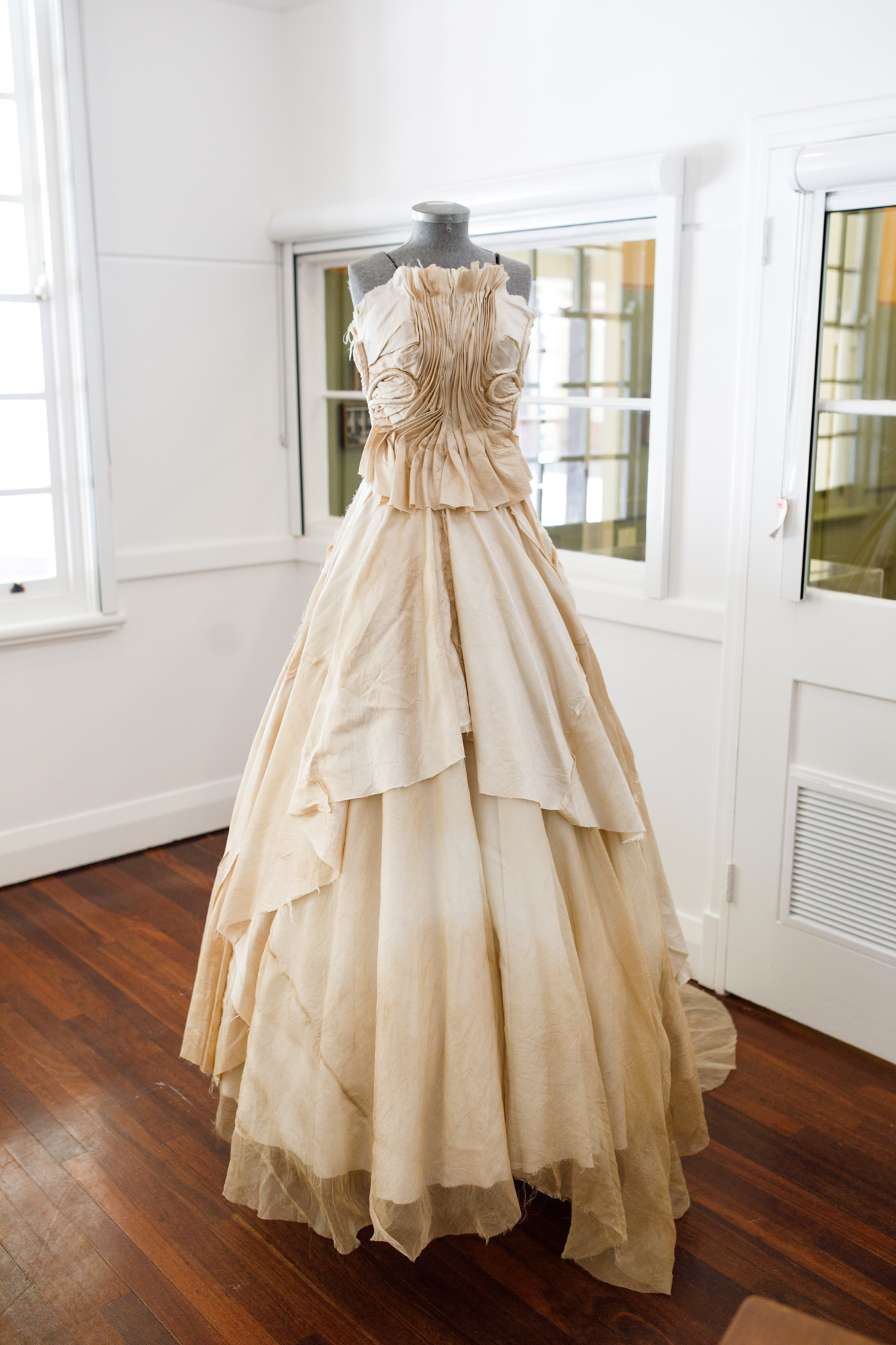 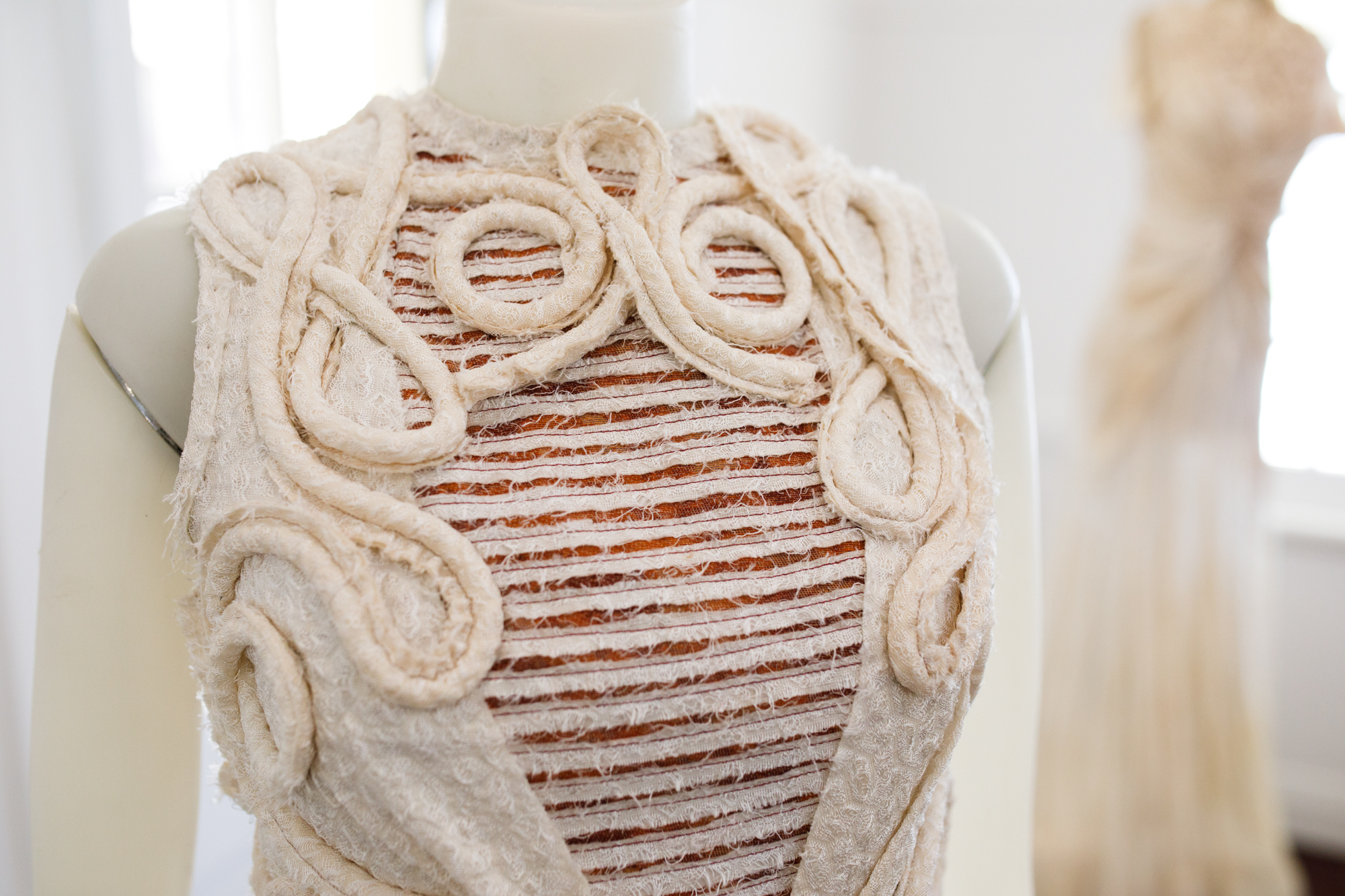 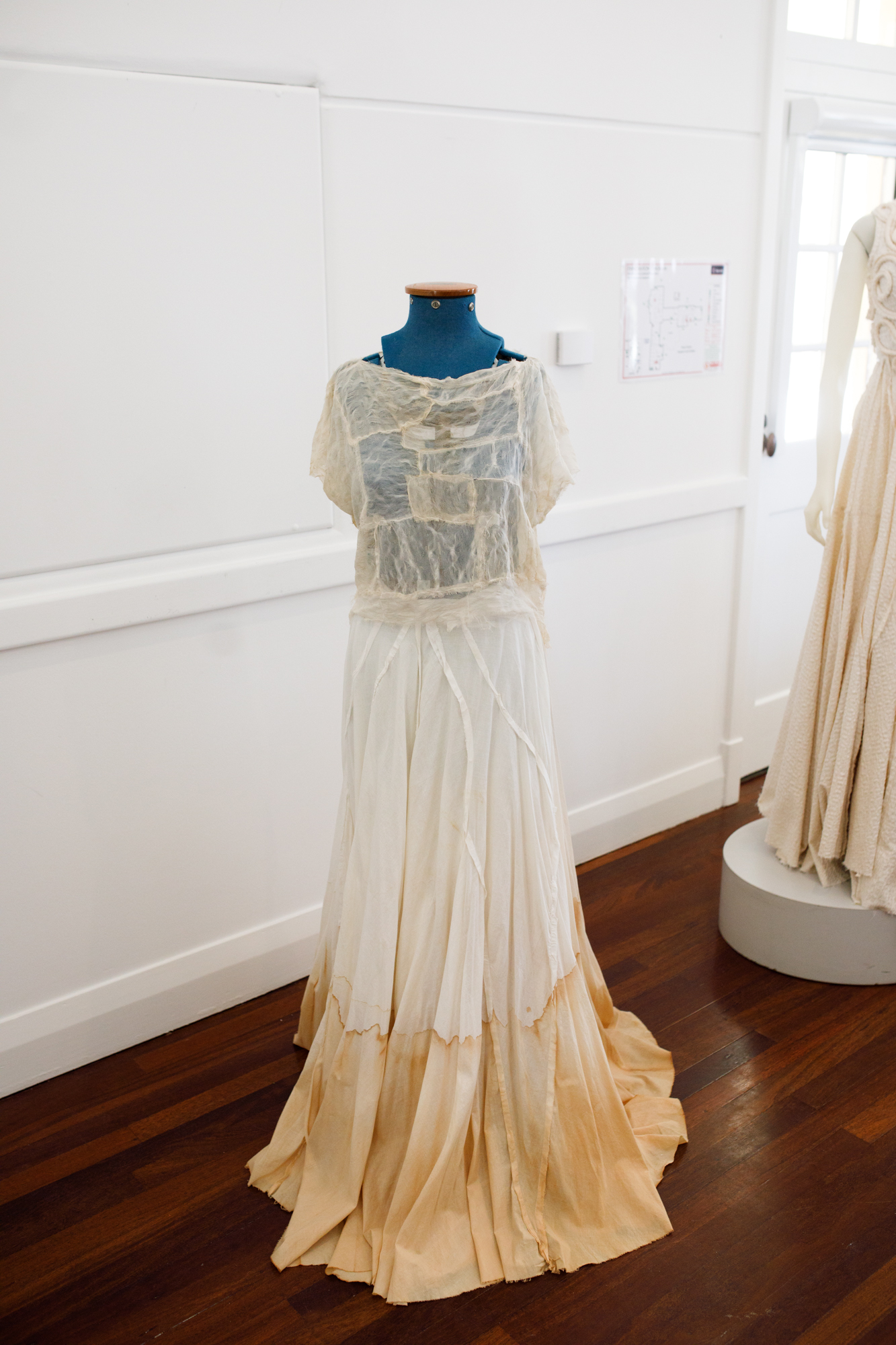 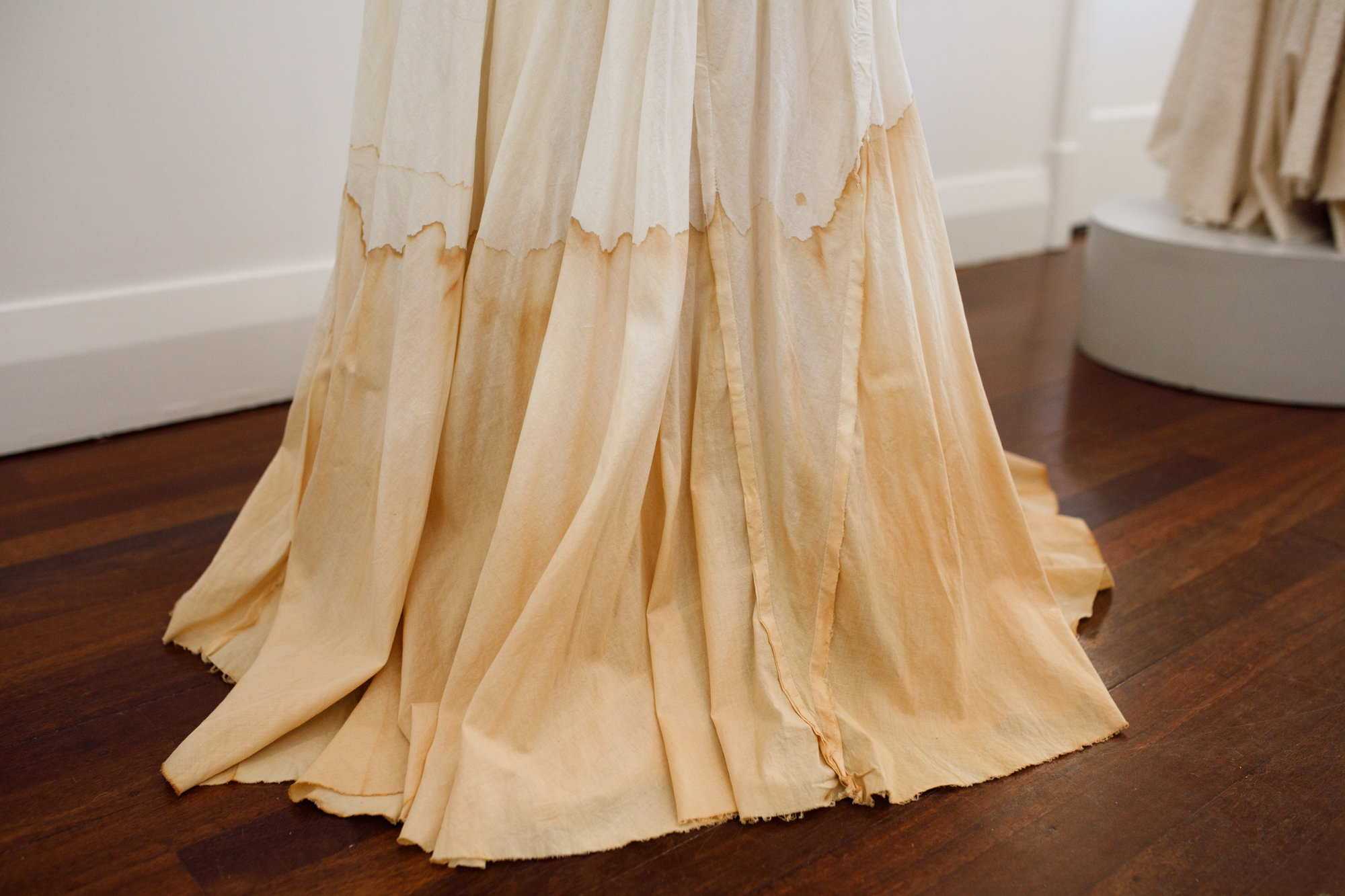 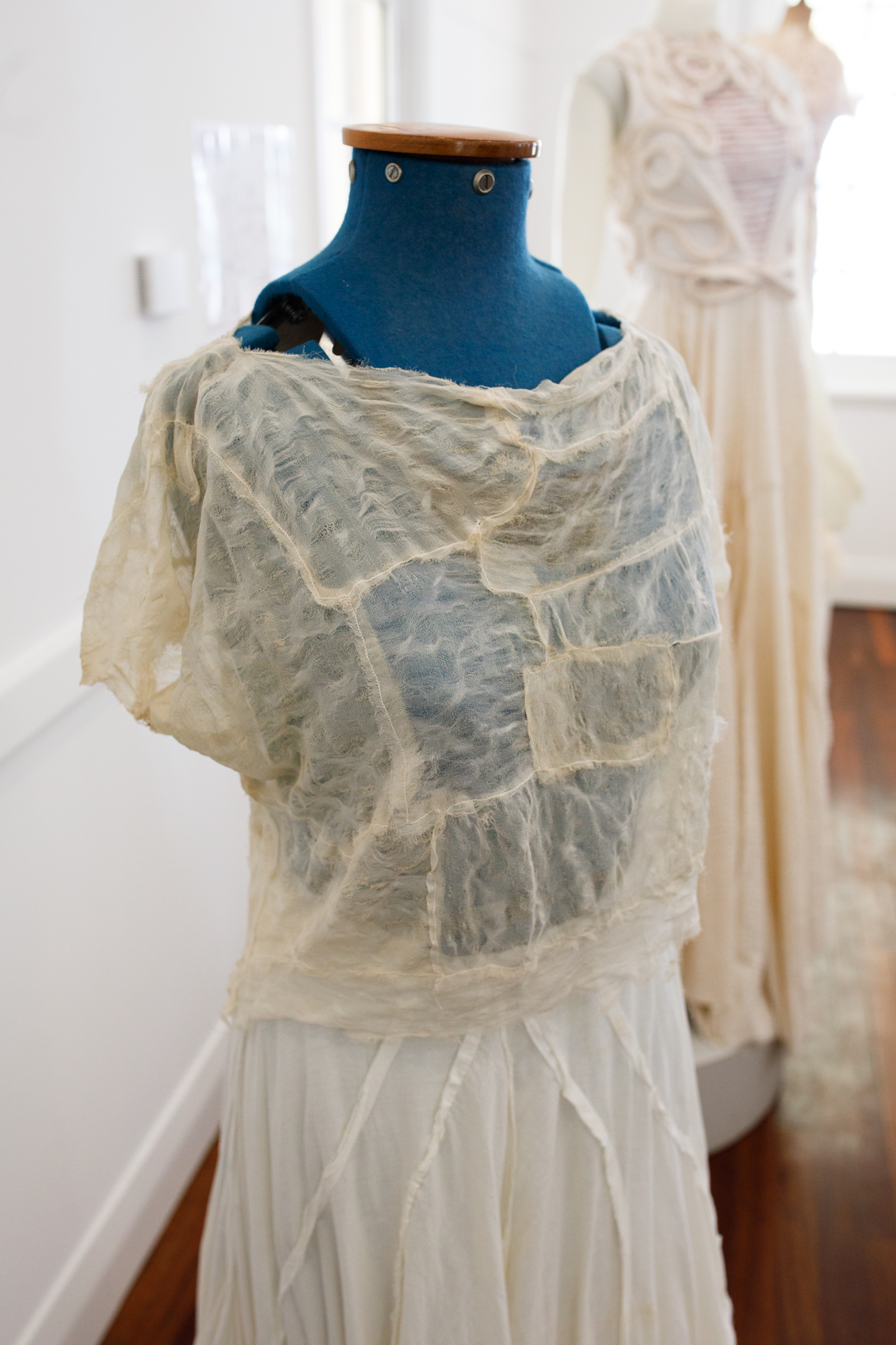 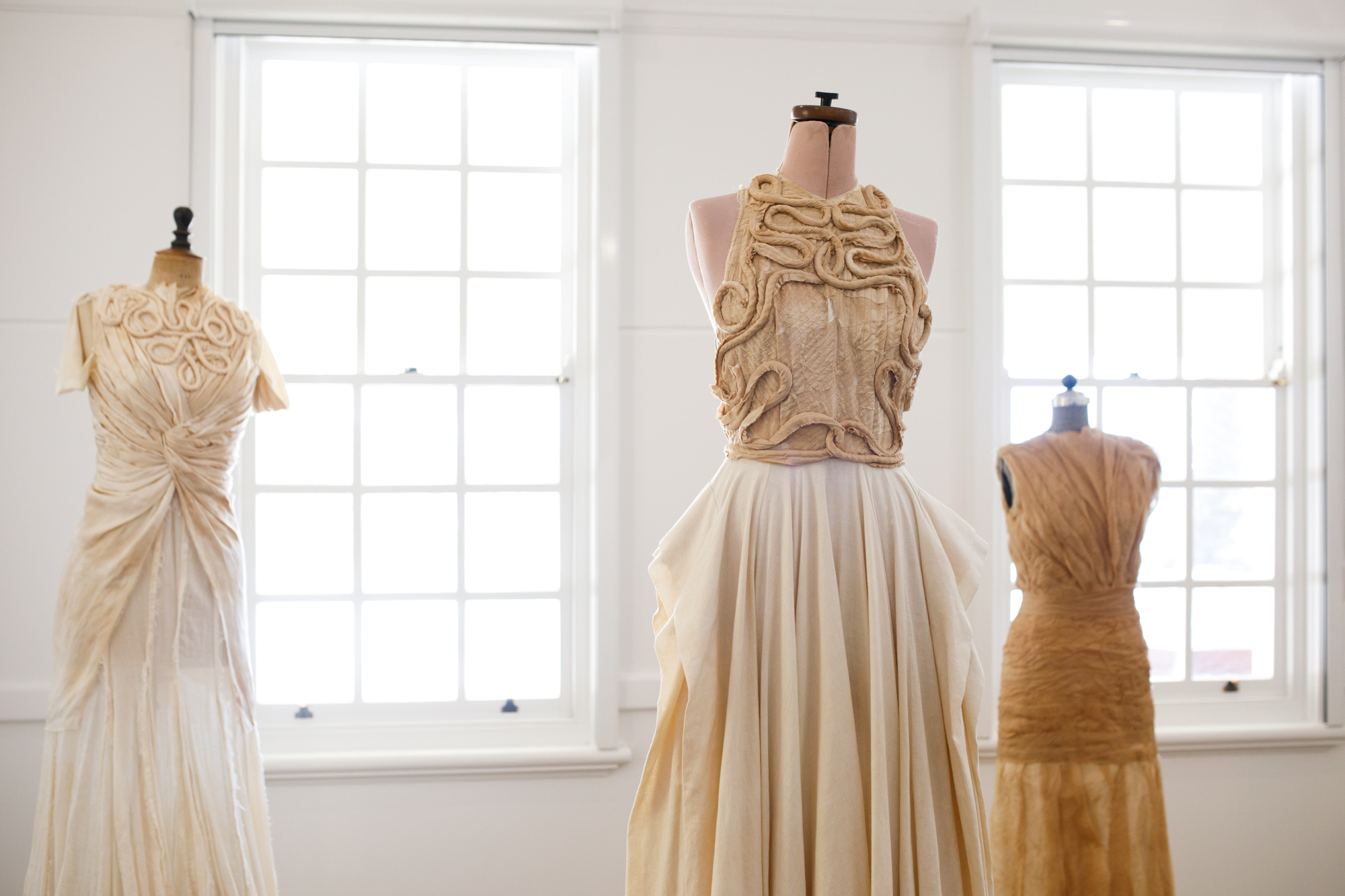