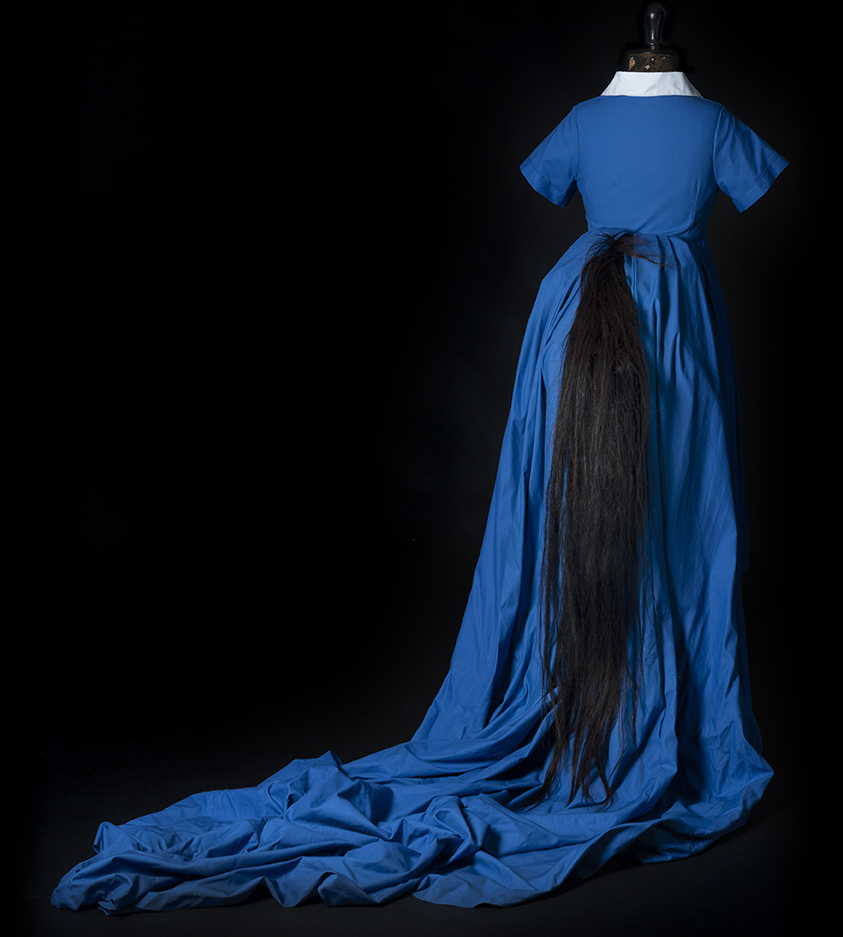 Tales of the Surreal - Stories from the Oral History Collection

Surrealism was a worldwide phenomenon when Heathcote opened in 1929 and I’ve always been interested in the connection between Surrealism and concepts of madness. When asked to make new work about the Heathcote Mental Health Reception Centre I took the opportunity to explore some of the strategies used by the Surrealists: collective ventures, poetry and the use of found objects in artworks.

With thanks to Kaylene Poon, the City of Melville History Centre staff and the many participants who contributed to this project.

The coupling of two realities, reconcilable in appearance, upon a plane which apparently does not suit them.

Unlike the early Surrealists, we have grown blasé at the idea of incommensurate realities; money, messages, images and voices circle the globe in flashes of virtual synchronicity, as if we are all truly connected in space and time. And yet in dark times we experience this imaginary synchronicity not as ecumenical cosiness, but as a kind of obscenity.  In a sleepless 4am Instagram check-in we might wonder how one person can be on top of the Eiffel tower while another is somewhere else – in a refugee camp on the border of Syria, or drowning at sea?  Everyday obscenities, we might call them, or we might name the experience of such unholy juxtapositions surreal, in a weak reprise of Surrealism’s original early 20th century spirit. In Nadja (1928) André Breton recalled his trips to the flea market, ‘on the lookout for these objects one cannot find anywhere else, outmoded, fragmented, unusable, almost incomprehensible, ultimately perverse in the way I appreciate it or like it’ (Breton 1964: 62);nowadays we don’t have to go looking for the incomprehensible and obscene -they find us all by themselves.

In Tales of The Surreal, Darbyshire borrows from the original spirit of Surrealism. And yet the artefacts and oral histories of nurses and patients at the former Heathcote Hospital are not simply ‘found objects’ deployed in a frisson of the unexpected, or in a virtuoso act of genre-breaking adjacency; rather, through scrupulous attention to materiality, form and historical record, Darbyshire releases both the creative and the critical potential of the ‘incommensurate realities’ of history and art, and of our lives and the lives of others.

In their emergent forms, history museums and art galleries assumed very different tasks: one institution would collect the past in order to educate and uplift the masses; the other would illuminate through disinterested aesthetic judgement. Darbyshire’s response to the old impasse between pedagogy and pleasure is to take Surrealism’s love of the fragment, the curious and the unexpected and its desire to defamiliarize the everyday, and unleash such impulses upon Heathcote with a wild, undisciplined, feminist unconscious.  The unconscious might be latent, but it is manifest in recurring symptoms;  in the body of the nurse (such a potent figure in the masculine Surrealist imagination and in popular culture), in the paranoid boundaries between male and female staff and patients; in the play of puns (‘tales’/’tails’) so loved by the Surrealists, and in the use of animal remains, such as horn, feather and horse hair.

So how do we follow these Tales?   Go down the historical path and you find yourself contemplating real buildings, real objects, material culture and facts. You learn that Heathcote Reception Home opened in 1929, that it was built on the promontory at the meeting of the Swan and Canning Rivers, and that its institutional role was to receive persons who came under the new Mental Treatment Act of 1927. It was this Act that finally allowed people in the general population with 'mental disorders' to be admitted voluntarily to mental health institutions, without the stigma of being certified insane. You could remind yourself that ‘Claremont,’ ‘Graylands,’and ‘Heathcote’ were local shorthand for occluded spaces marked by fear and stigma.

Another path takes you straight to the mattress on the wall with is shocking arrangement of horse’s tails, a formalism that does little to corral the associations of herding, taming, restraining and breaking - not to mention real-life animal slaughter.  Astrict art-historical route would ignore the smell of urine and the image of the knackers and take refuge in what Griselda Pollock called avant-garde gambits – reference, difference, deference – could Jo Darbyshire be thinking here of Rauschenberg? Tracey Emin?  Or the surrealist painter Leonora Carrington, who was said to have 'the personality of a headstrong and hypersensitive horse'?

A fork in the road and we are back at the beds, reading about mattresses stacked up against walls to save the ECT patient from injury, and how nurses filled and refilled those beds with the hair from the tails of slaughtered horses - because of the smell of urine, you see.

Consider the small room filled with feathers. You read an oral account of a young woman’s treatment for anorexia: confinement and Sustagen. These feathers are surely symbols of lightness and freedom; they are desirous off light, but they are stuck.  Latent desire is muffled by the space of solitary confinement, where the woman had tostay until she once more had gained weight, presumably so she could return to the real world and not float away forever.

What a strange figure is this female nurse who guards the door! Atfirst glance she is all pressed and starched and buttoned up according to Matron’s rules, but on close inspection she sports an exuberant horse tail that tumbles from her swelling bustle – surely the return of the repressed!  She is exchanging looks with the male nurse in the corner, who wears his big tail up front for all to see. He is the controller of the narrative, the keeper of the keys; as both whip and tail he embodies desire and discipline.

Josephine Wilson is a writer and academic. Her latest novel Extinctions(UWAP) won the 2017 Miles Franklin Award. She teaches at Murdoch University. 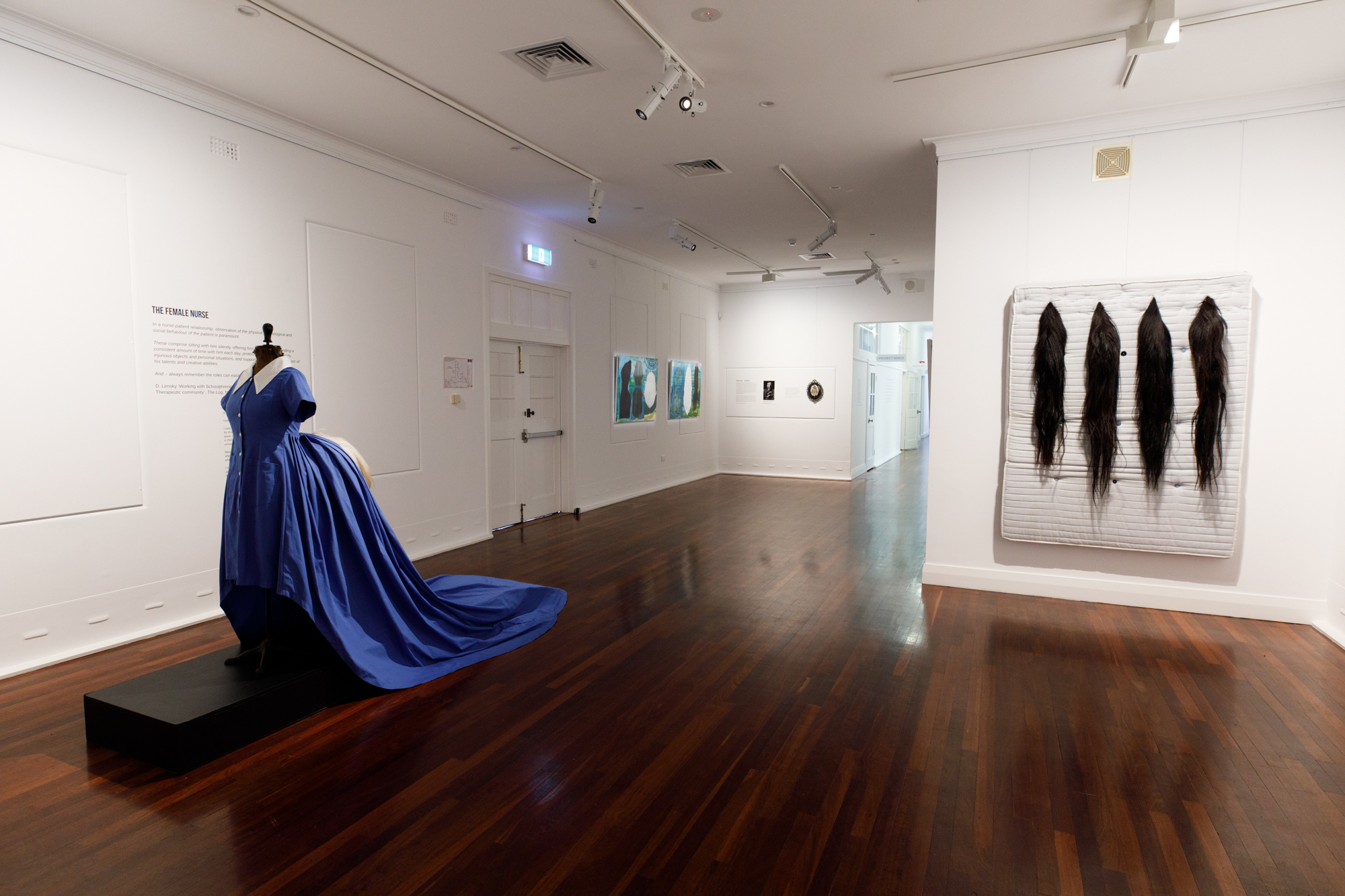 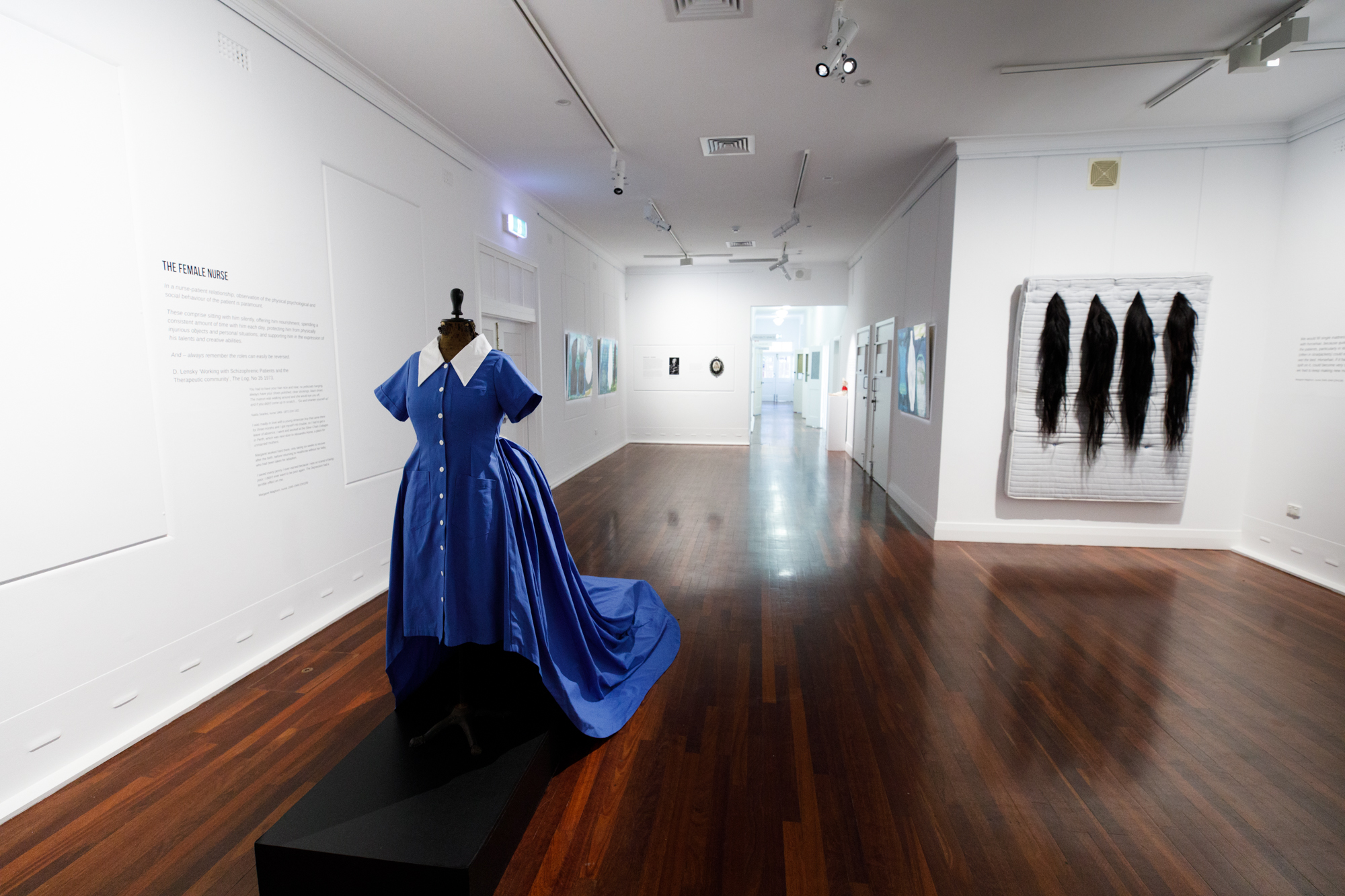 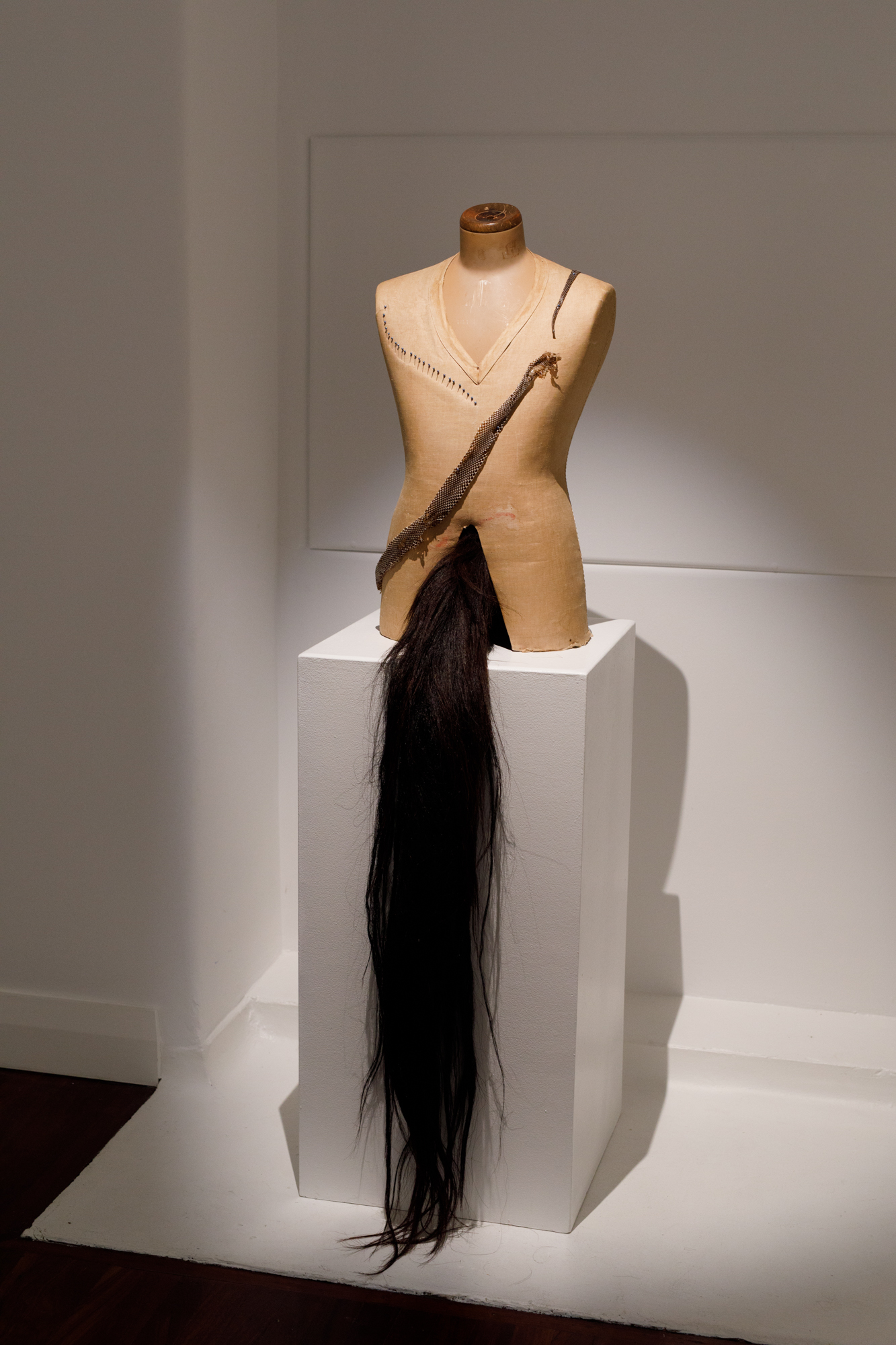 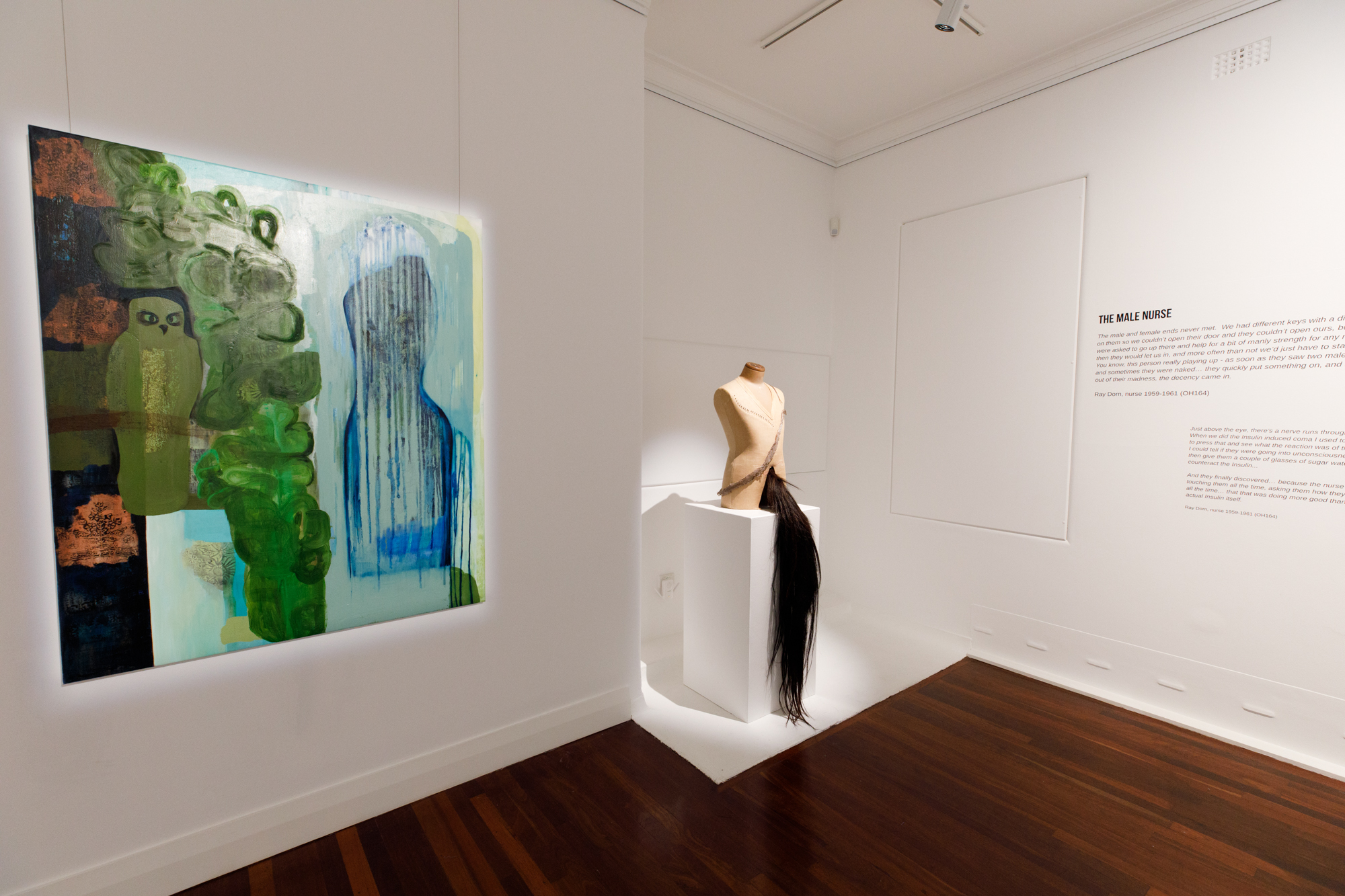 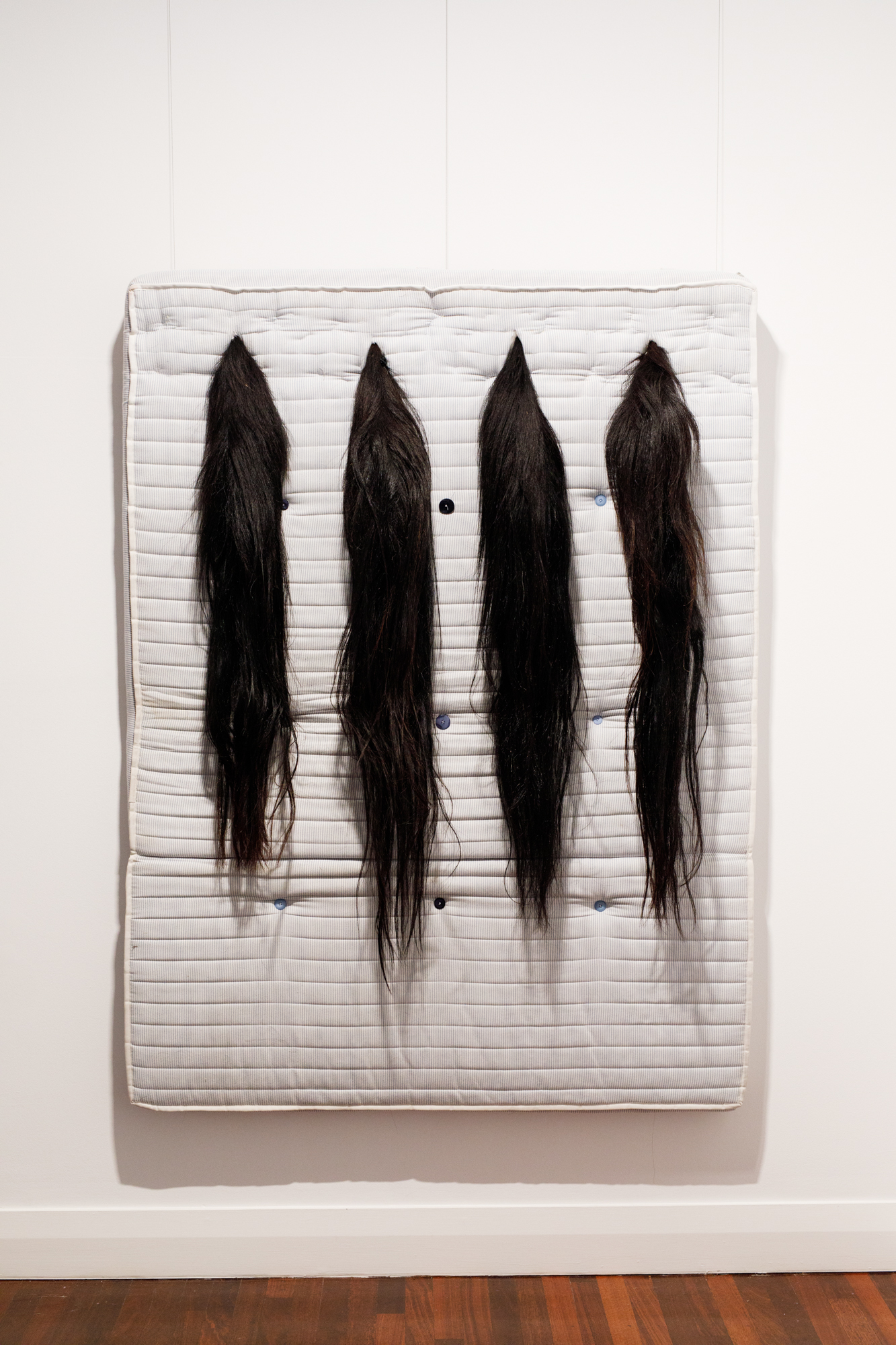 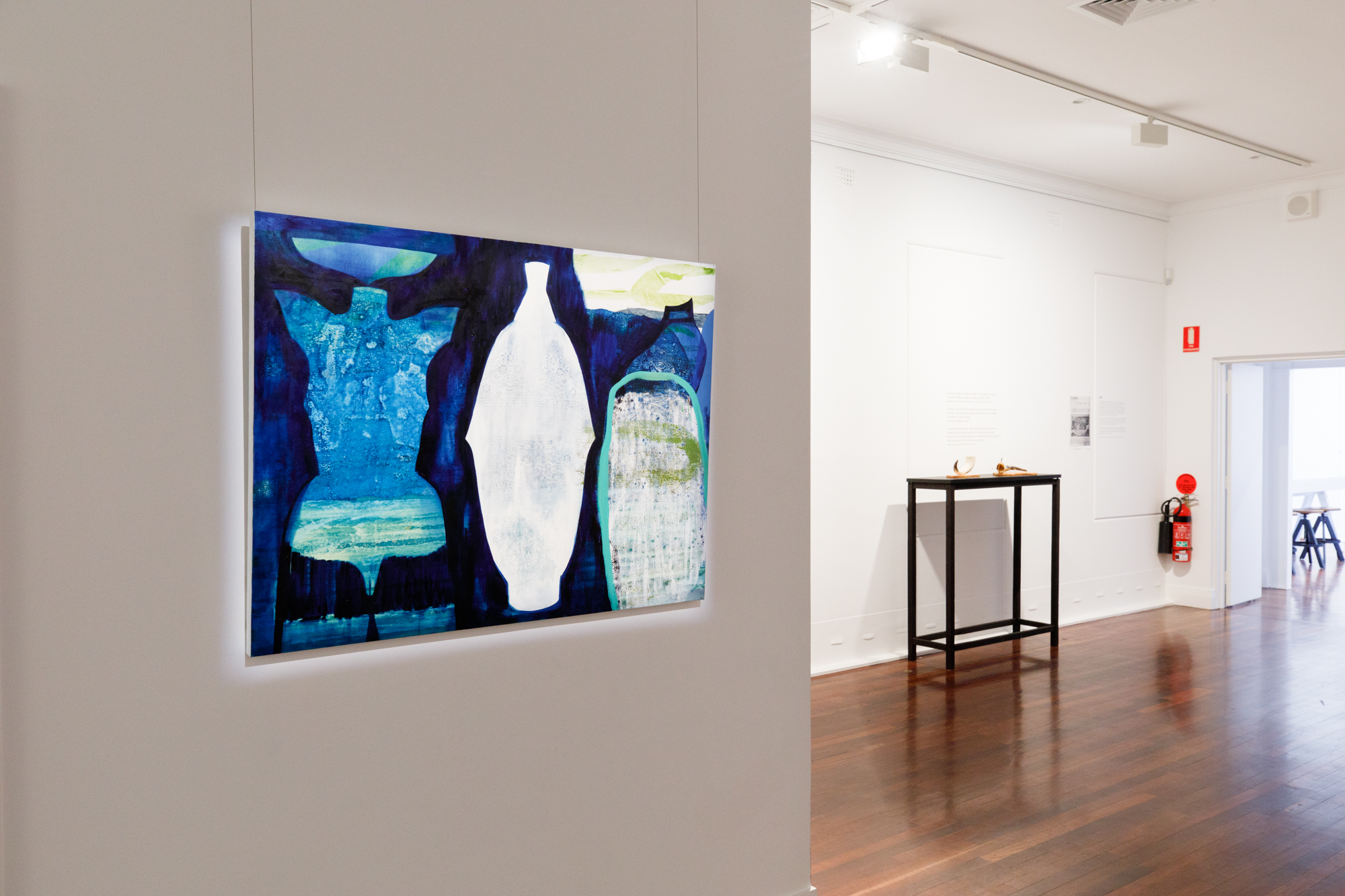 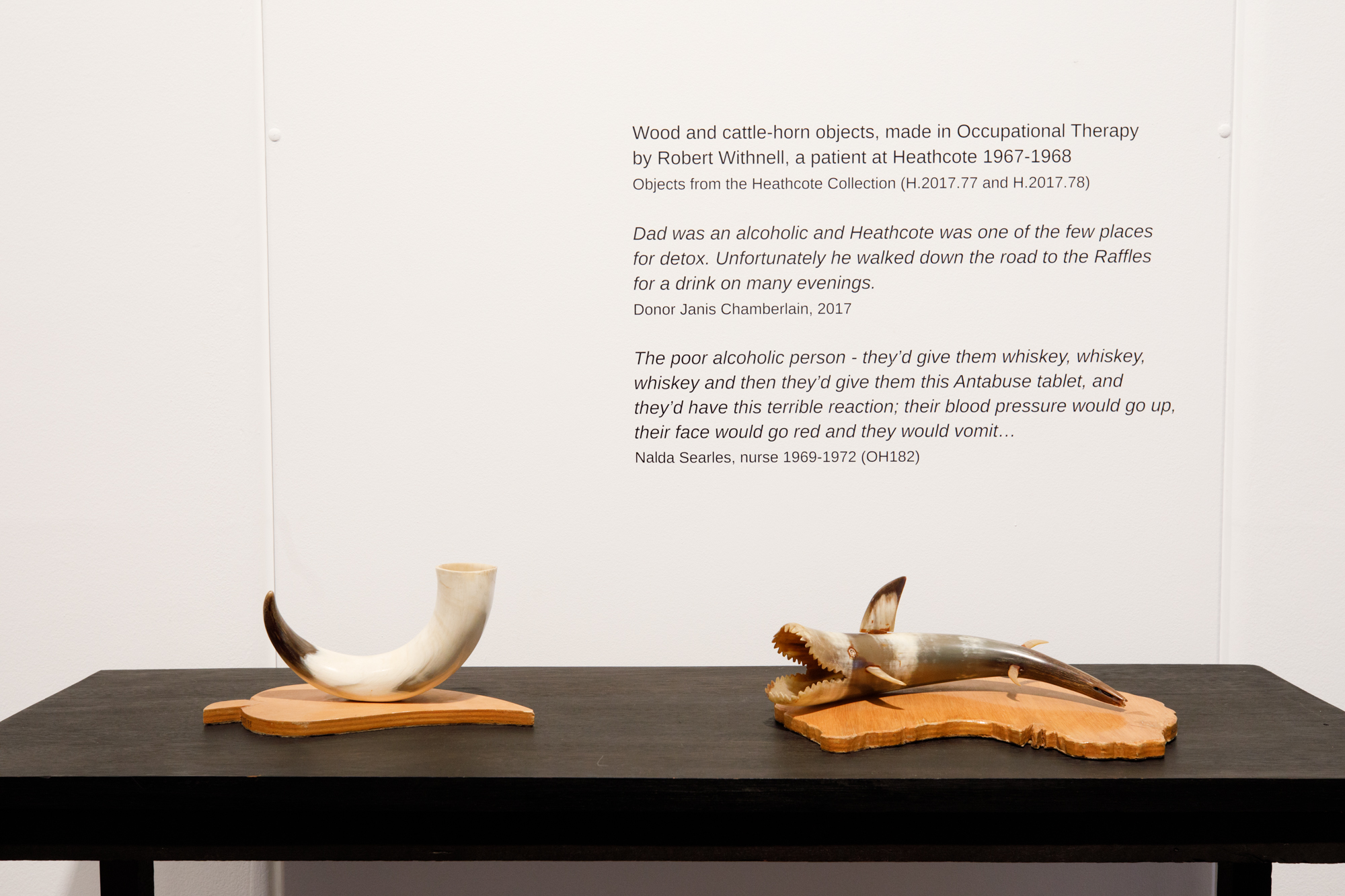 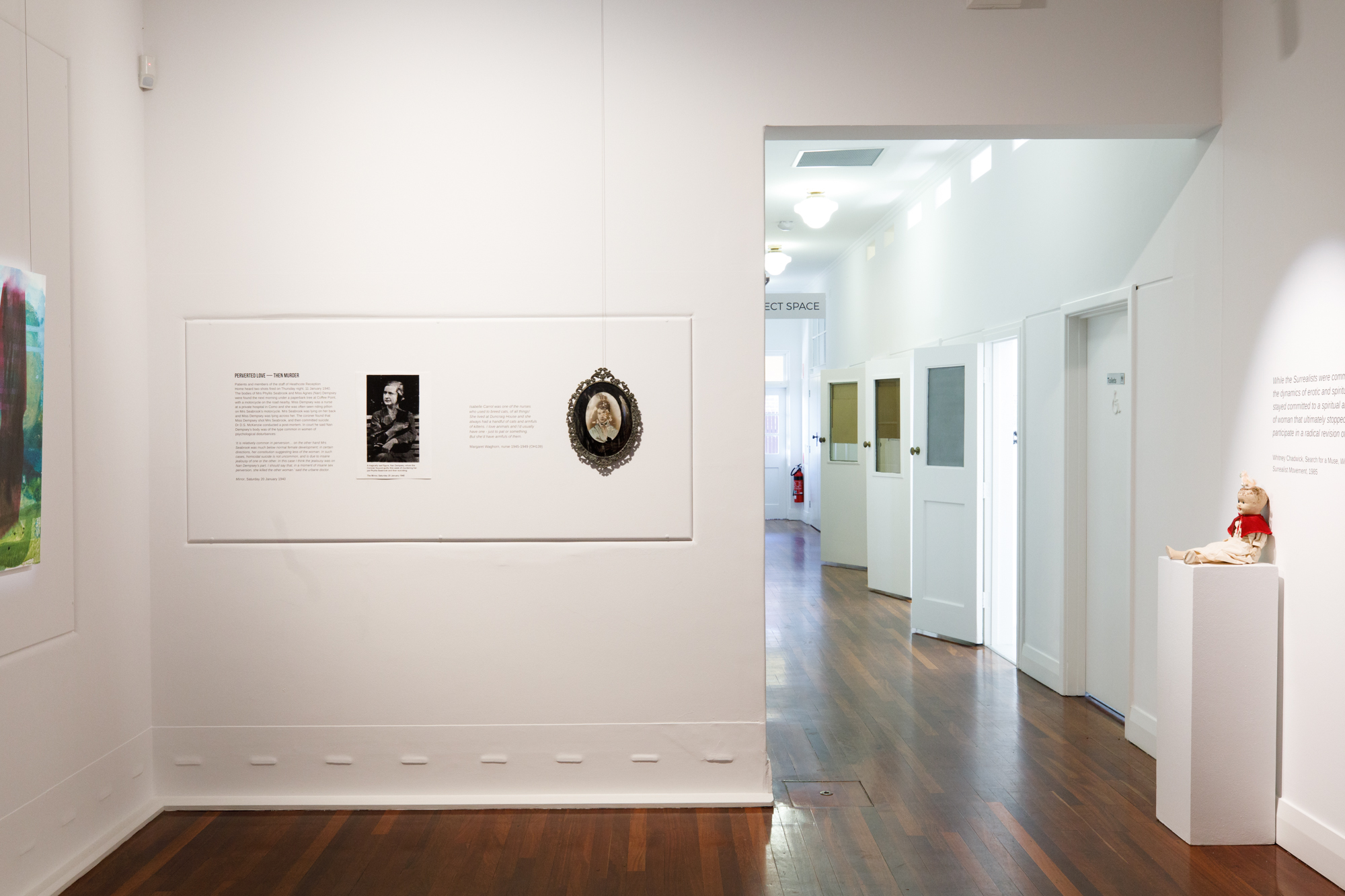 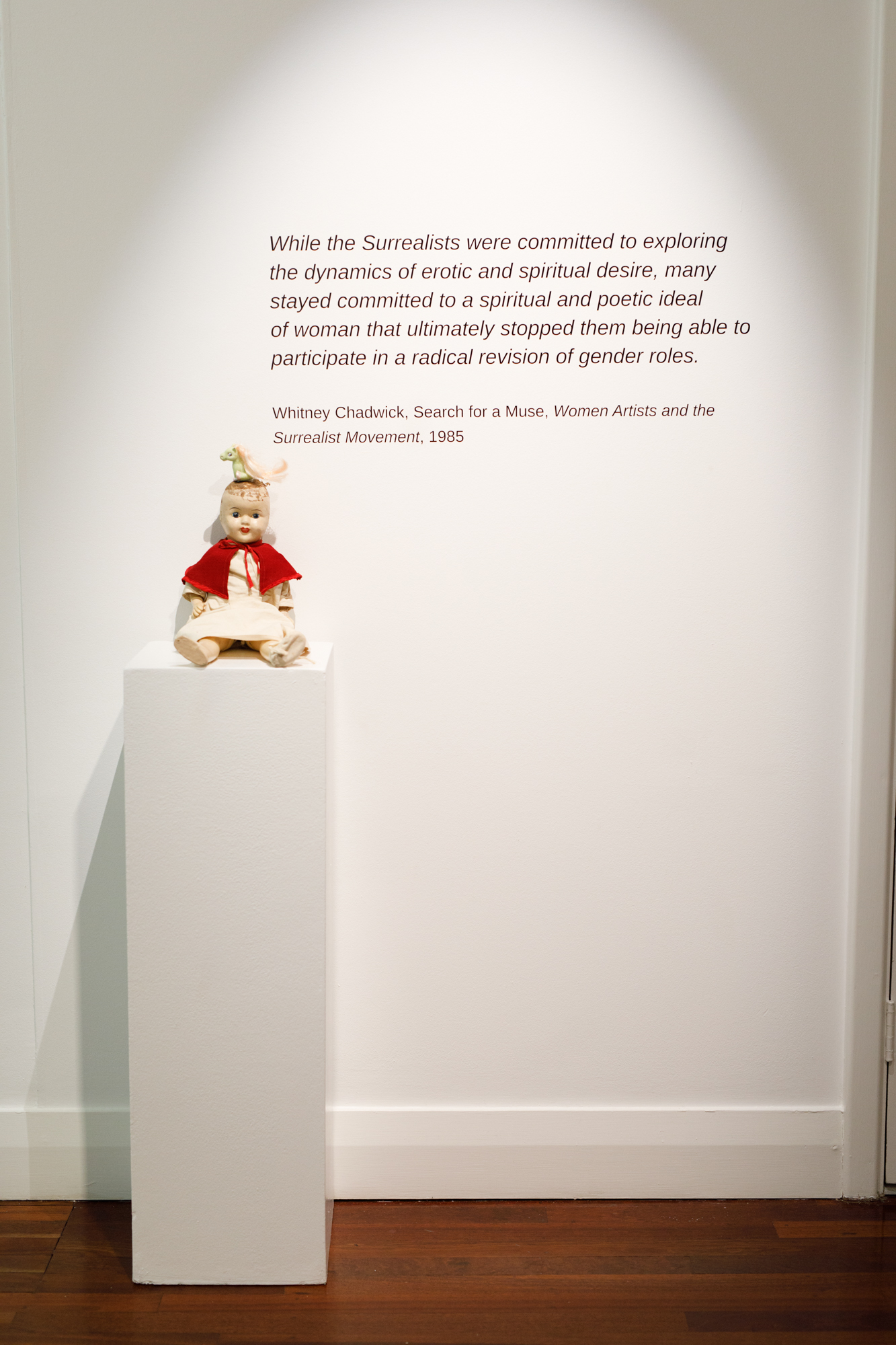 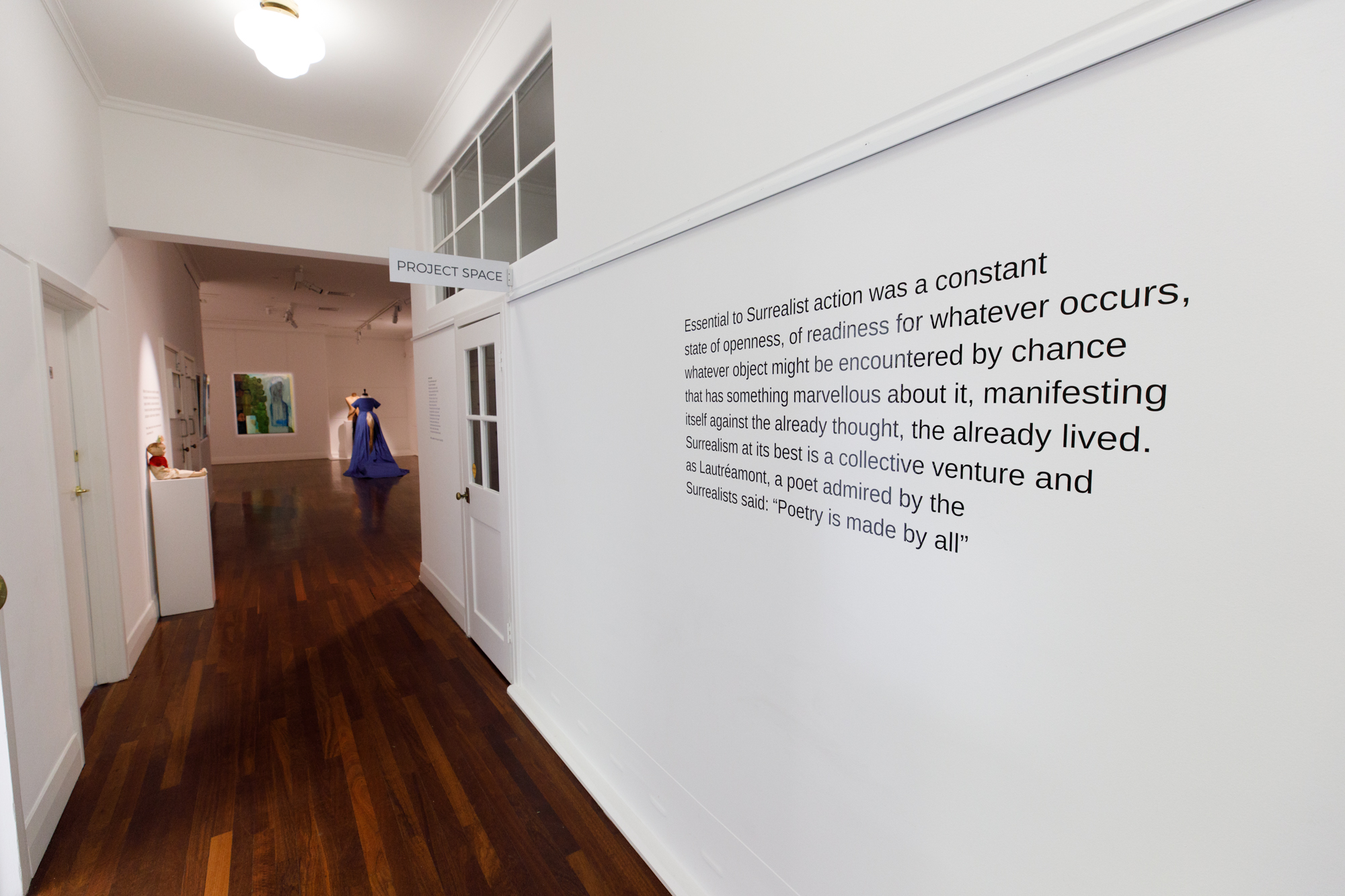 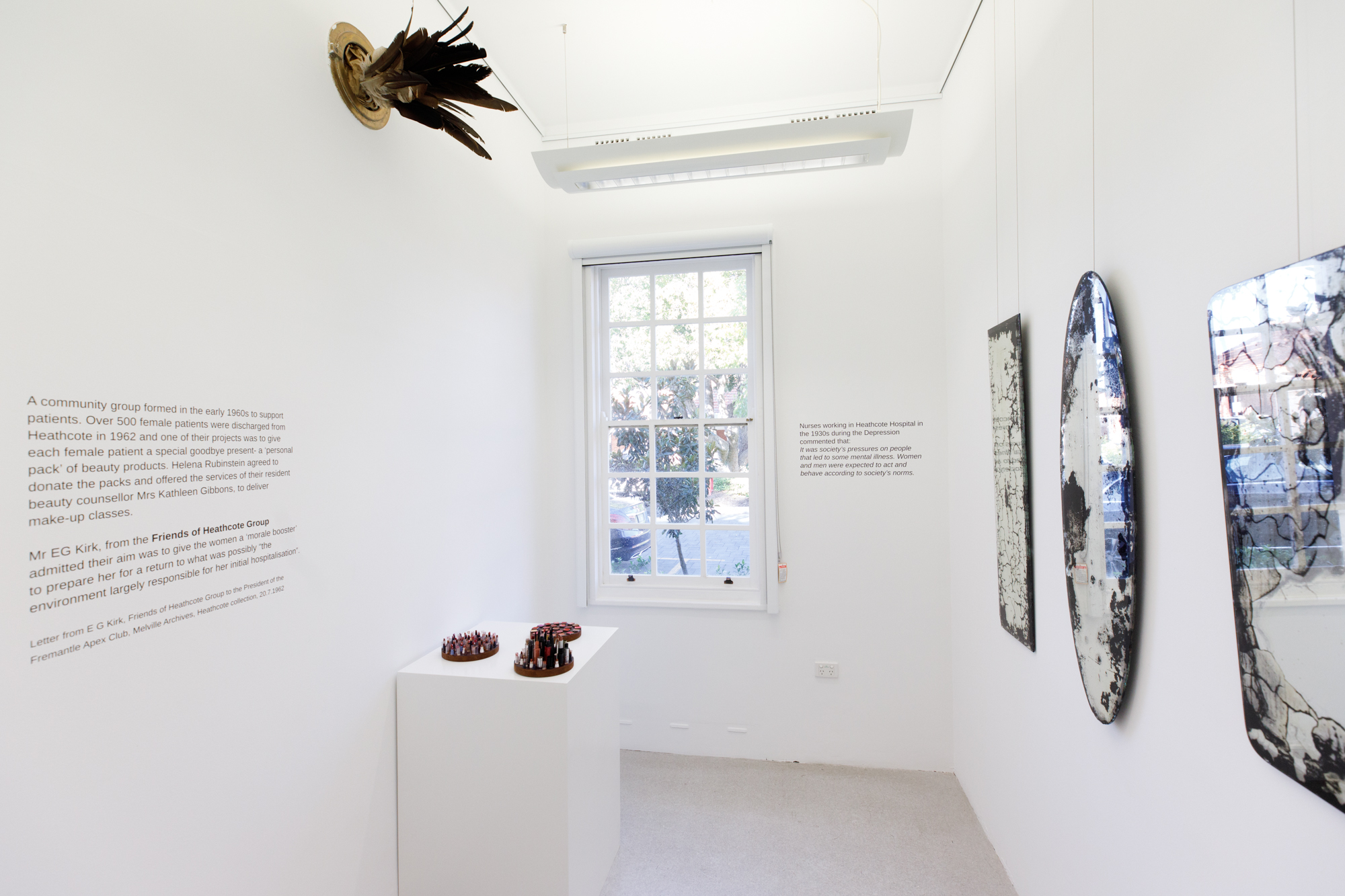 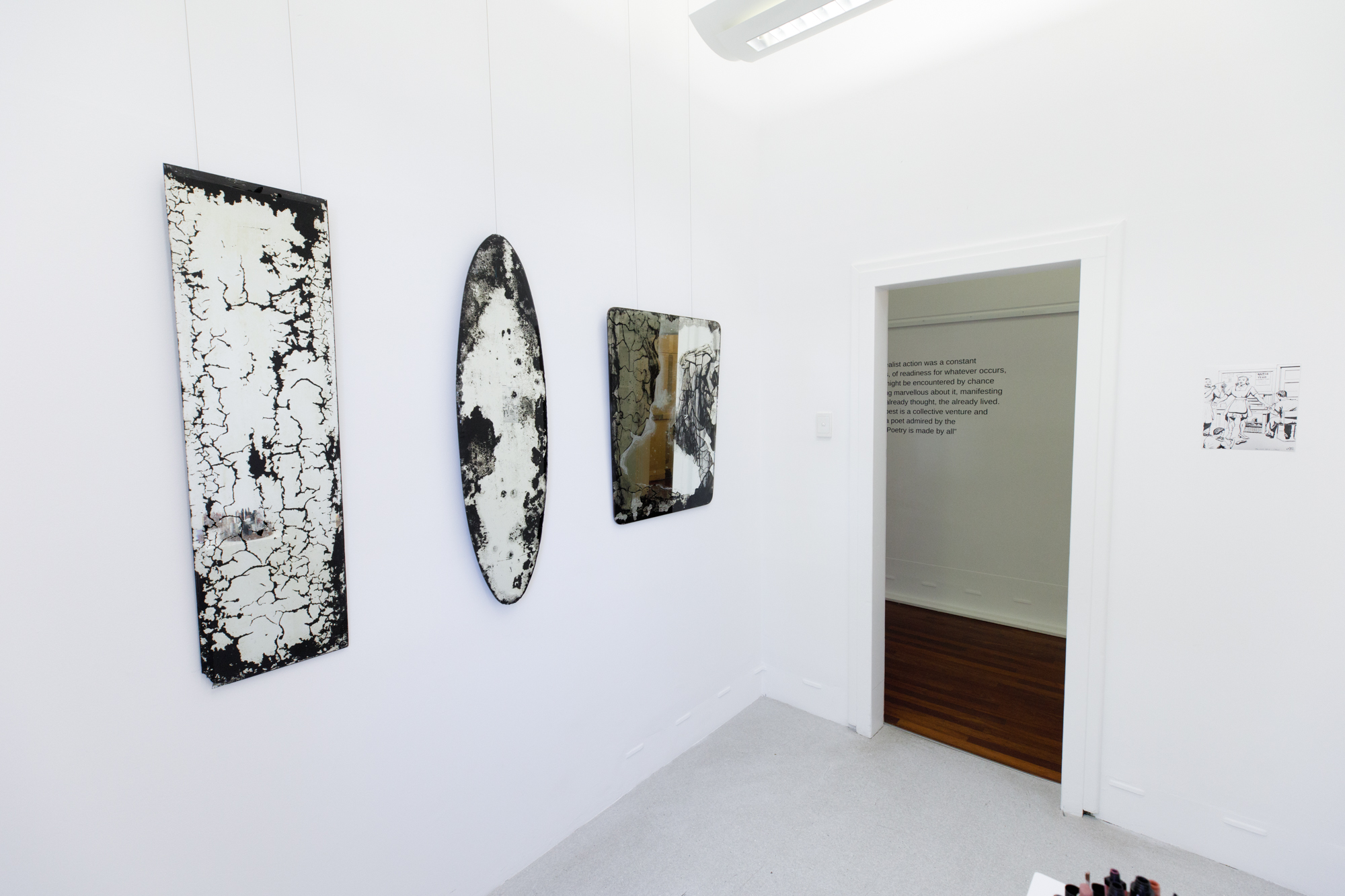 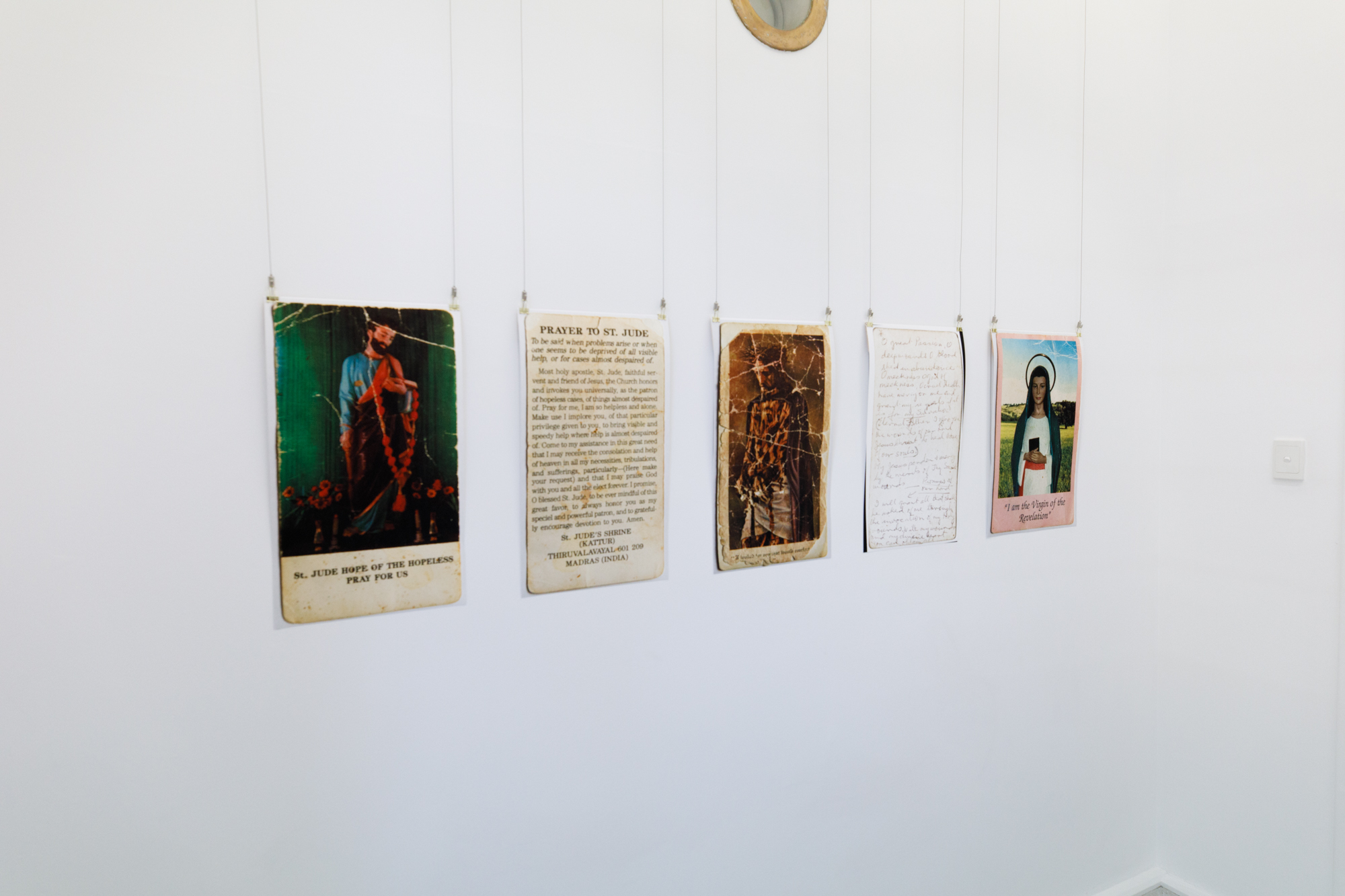 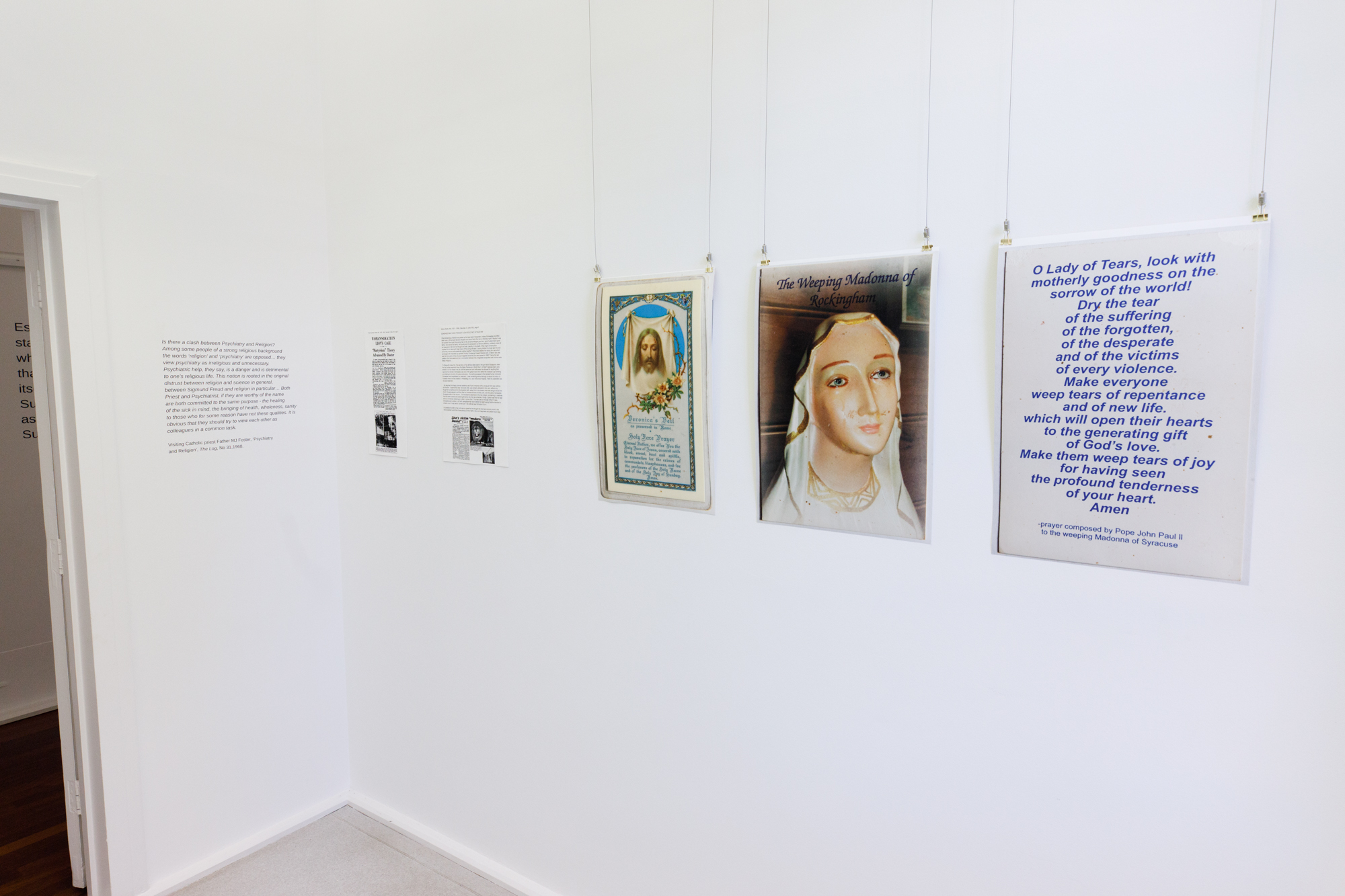 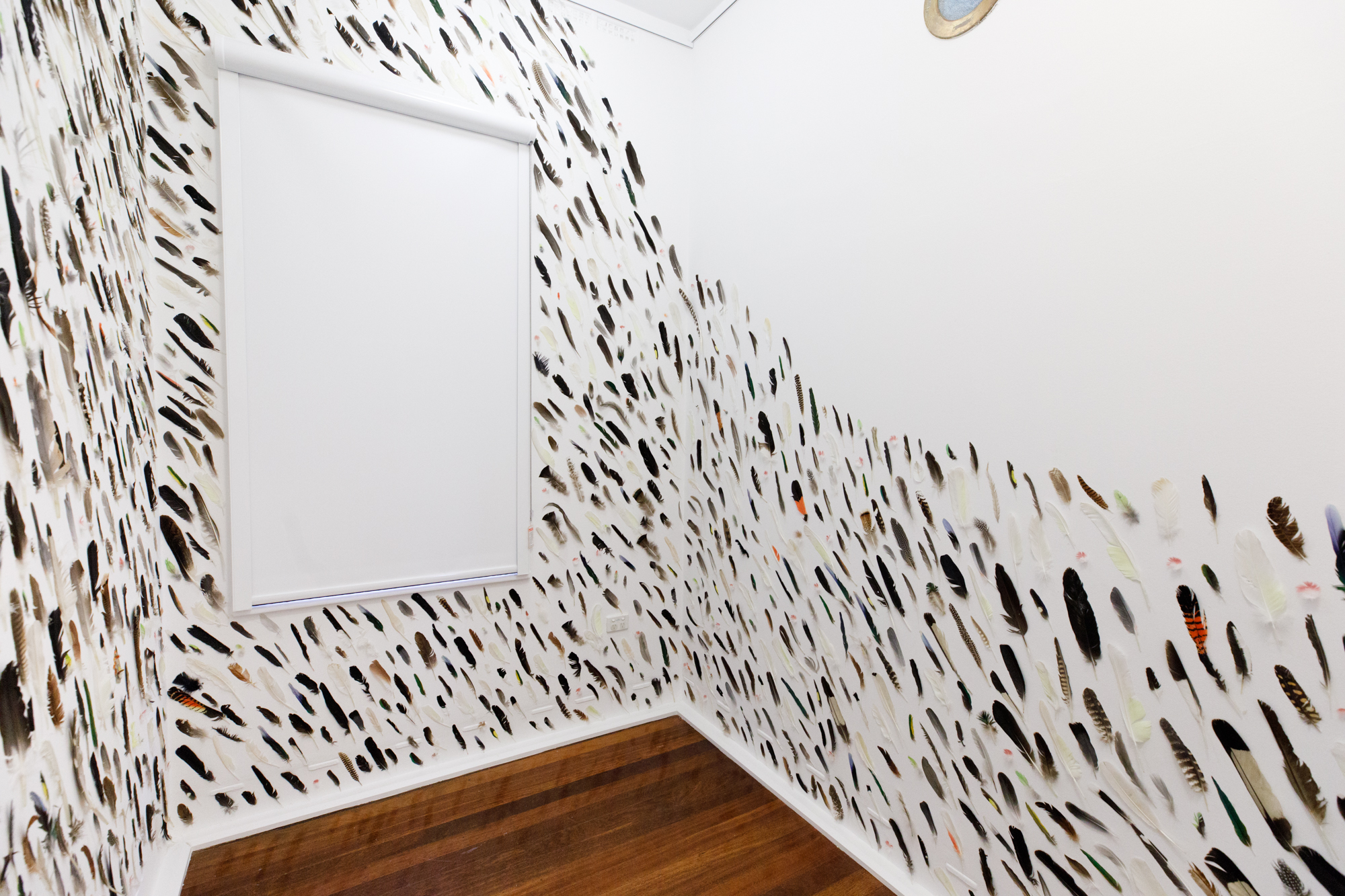 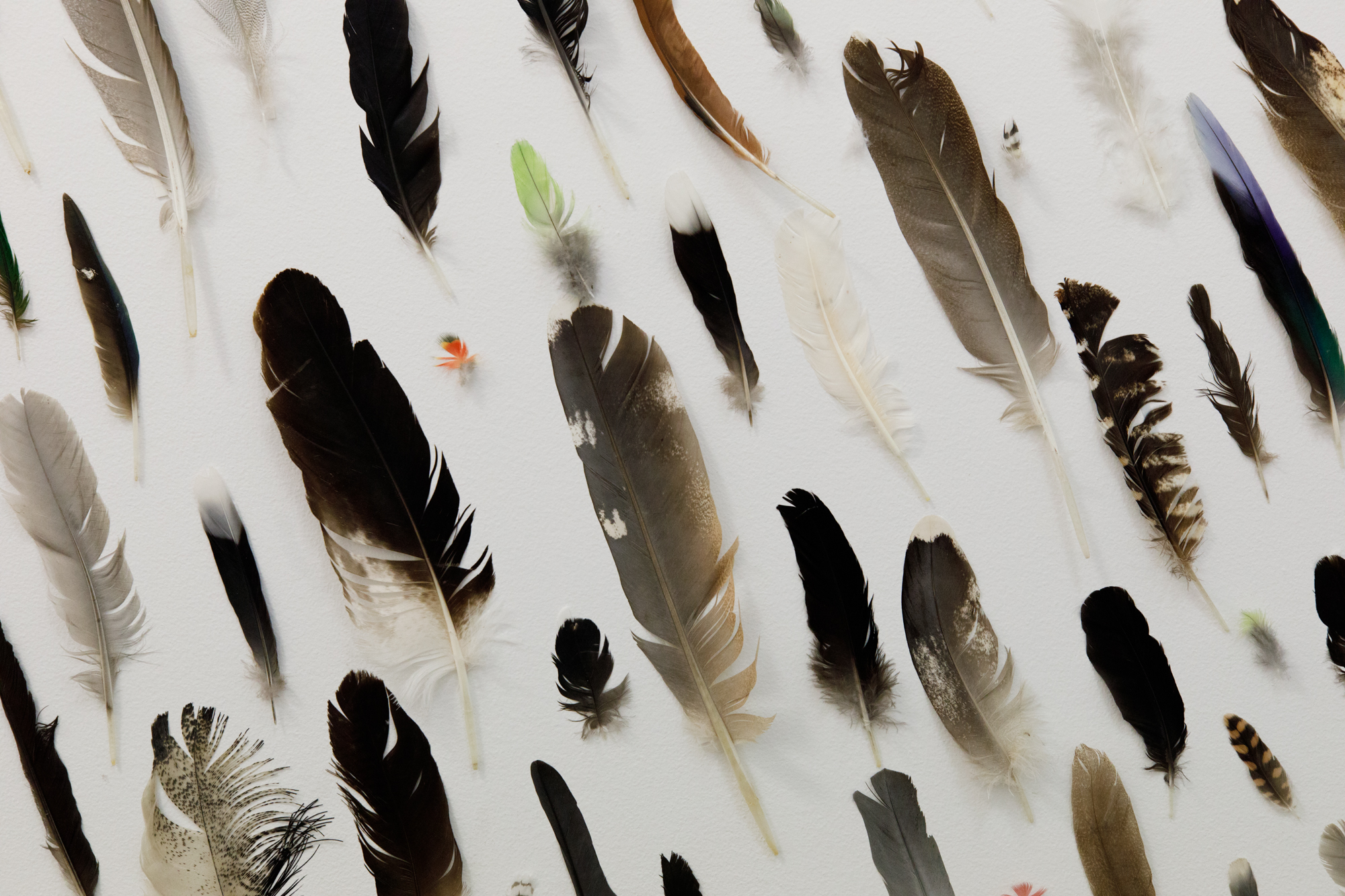