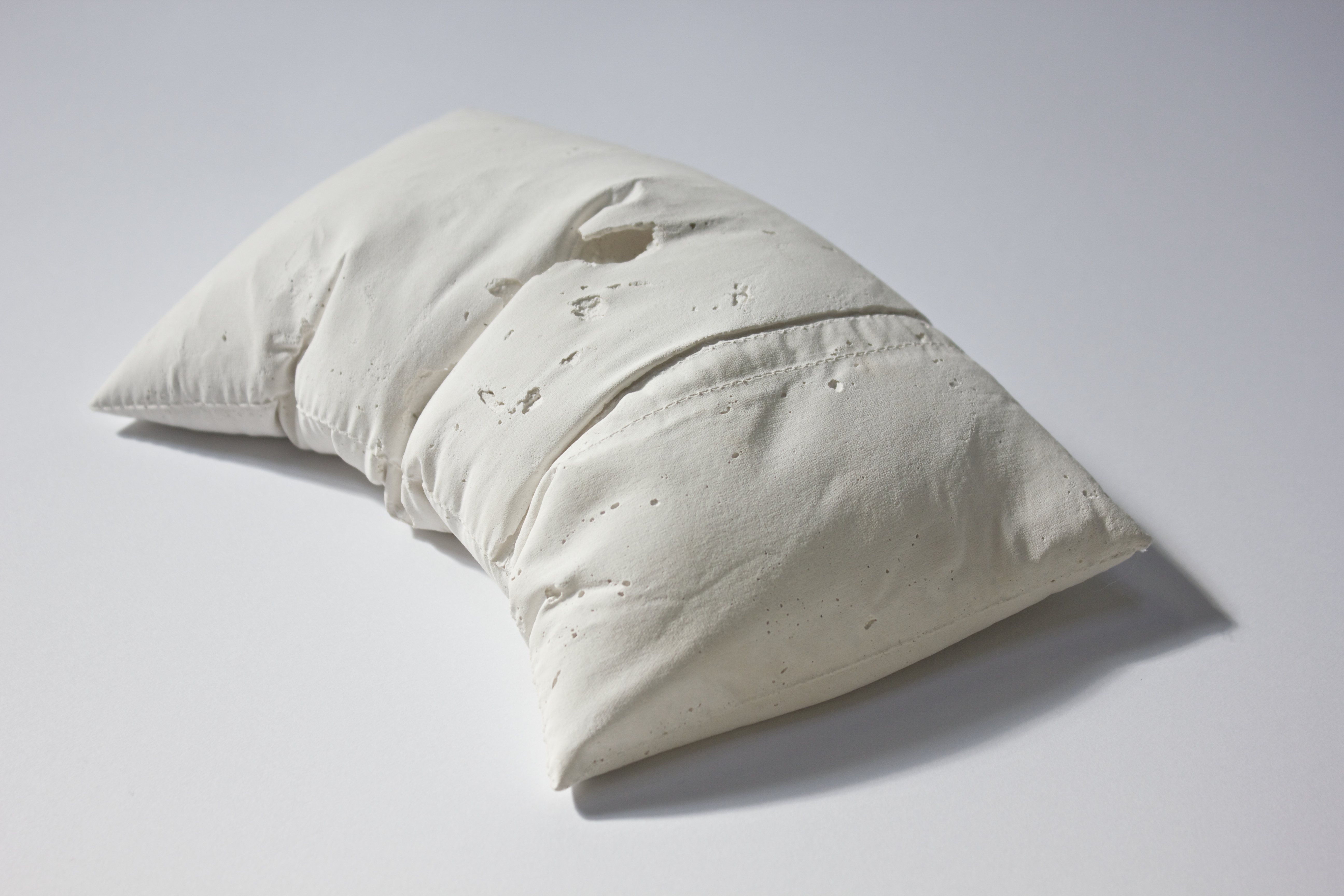 My current work deals with displacement as central theme, represented through sculpted figures and drawings, dealing with historical and archaic subject matter. The figures portray exiles as goods in transit. Their movement impaired and their vulnerability exposed. Charged with emotion and with the aim of representing the interventional passage between the instant of displacement and being estranged in an unnamed space, the figures carry survival tools, which also served as my drawing tools, tracing and mapping my land of origin in landscapes of trauma and violence.

Jess Day is an emerging artist and writer based in Perth, Western Australia. Day examines Australian fiction as a lens through which current landscape actions and narratives can be structured. Day is particularly interested in the actions of contemporary people in geographical extremes. Combining survival equipment and road materials, Day produces art objects that operate as tools or theatrical props. By constructing carefully framed sets, Day questions how cultural symbols, props and actions form landscape fictions in which explorative, survival or adventure plots may occur.

Since graduating Fine Arts Honours at Curtin University in 2015, Day has exhibited at Success Gallery Fremantle and is currently a resident artist at Another ARI Bassendean.

Rebecca Jensen Rebecca Jensen is a Perth based artist, whose work is primarily text based. Jensen utilizes her practice as a form of social activism to provoke conversation about aggressive nationalism and racial intolerance. She focuses on social phenomena surrounding immigration within the Australian context and more recently has begun to explore the church group’s movement to offer sanctuary to community detained refugees. Jensen’s work incorporates slow processes such as traditional handset Letterpress and makes use of analogue modes of production in direct contrast to the immediacy of the digital age. She is interested in creating aesthetic neutral works, which are invested with and emerge from a history of sparse minimalism.

Echo chambers sonic dance, ripples collide tectonic trance. This project involves an empirical exploration of natural phenomena through light, sound and time. It captures the reverberating ambiences inside the caves along Western Australia’s coast and the converging shadows of light moving inside a pool. The installation delves into the spatial dynamics of sound by experimenting with it in other spaces and re-recording the perpetuation of its vibrations. It also experiments with video material through the editing of colours and inverting of overlays. Altogether this piece of projection material, poetry and sound hopes to create an experiential and meditative reflection of WA’s coastal landscape by conveying the catalyst of ideas surrounding sea-floor movements, prehistoric ecology and fractals of light, time and sound.

Taylor Denning is a multidisciplinary artist with a focus on installation, sculpture, and video. Her practice is concerned with solidifying ephemeral moments in time as sentimental artifacts. Often drawing from autobiographical experiences, Denning explores the construction of memory within the confines of the family home. In this body of work, the pillow becomes a motif for security, intimacy, and support, as it’s traditionally used to cushion the head in its most vulnerable state, sleep. The materiality of plaster casting evokes a sense of bodily presence and movement in an otherwise sedentary object. Taylor Denning is currently studying her Honours in Fine Art at Curtin University.

Matthew McAlpine (b. 1994) is a Perth based artist working predominately in painting. His practice explores the intersection of materiality, place and history. McAlpine's use of earth sourced from the farm he grew up on play an instrumental role in exploring ideas of place, landscape and Australian history. The works draw parallels between colonial privilege with the privilege of Australian Colonial and Impressionist paintings. The works aim to question the whitewashing of Australia’s colonial history and the way it is normalized in contemporary Australia.

Many single Russian women are looking for a life partner from outside their own country. They cannot find locally a person who shares their vision of the couple and family life. However, there are various reasons why people look for a spouse from another country on the internet. My work explores the prevalence of single men in Australia seeking a bride from another country through the internet in this body of work. I use symbolism, humour, traditional and sentimental themes to reflect on the popularity of the Russian bride.