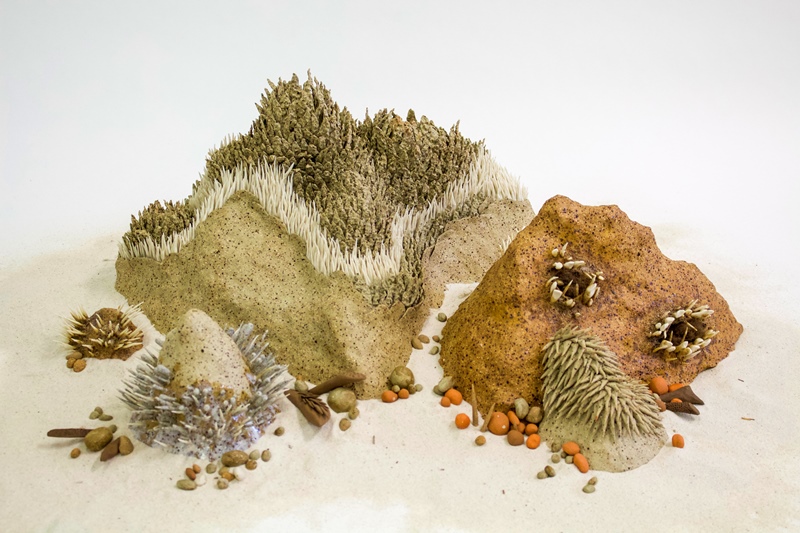 Holly O'Meehan presents 'Defence/Defiance', an exhibition inspired by the native bushland and coastal landscapes of Wagyl Kaip land (Great Southern region). Combining ceramics, crochet, and found objects, the intricate forms that O’Meehan crafts embody qualities that entice and repel through contrasts of texture and medium. The exhibition considers the way elements of a natural ecosystem respond to human interference.

Holly O'Meehan works with two distinctive, apparently unrelated mediums: crochet and ceramic. A dexterous handler of both, O’Meehan brings these two materials into harmony. Working from her Walyalup/ Fremantle studio, O’Meehan appropriates natural forms like teeth, quills, spines and thorns, nestling them among gentler, softer textures and voluptuously rounded surfaces. The resulting sculptural objects have a whimsical, creature-like presence; their playful and defensive structures seem to repel and beguile us in equal measure.

Holly O’Meehan’s project is supported by the Department of Local Government, Sport and Cultural Industries.

There is something in Holly O’Meehan that isdrawn to a mess.

Tangled and complex things call, and she movestoward them with curiosity; willing to understand, and sometimes, to sort itout.

This compulsion has been directed toward manythings - chasing down errant milk crates across the backstage of urban retaillandscapes; the removal of vinyl letting from gallery walls in alphabeticalorder; finding harmony among the contradictory materials of clay and yarn; orrevelling in the tension produced by domestic-sized objects that obstinatelyserve no function.

Defence/ Defiancecontinues this practice, while also prompting a shift in scale, as Hollygestures toward an imbalance that cannot be ordered by one individual’sactions.

The starting point for this exhibition is theGreat Southern landscapes that Holly knows well. She encounters this land witha proximity which is personal and intimate. Through an assembled landscape ofceramic forms, she shares an outlook which echoes the shape ofKoi Kyenunu-ruff, (the Stirling Ranges).

Clay is turned hard, like those ancient graniteformations, and covered with sharp, directional layers of texture that alludeto the damage and loss that has been imposed on this place. Selecting clays fortheir textural and tonal correlations to familiar ground - chocolateearthenware for the black weathered soils, terracotta for ironstone gravel andporcelain for the pristine southern beach sands - Holly mixes particles fromsites of relevance, anchoring these sculptures tangibly to her place in thislandscape. Through her family’s multi-generational agricultural ties to theregion, she draws on changes and characteristics she has personally witnessed,as well as the stories and reflections of her family, to chart contradictionsin emotional investment and the reality of agricultural intervention.

Holly is implicated in this disharmony in adirect way. As opposed to the abstract messes she has approached in the past,this plays out amongst her personal relationships, and across politicalspheres. Layered in these diminutive outcrops are big pictures: industry,paternalism, climate, tradition, responsibility and tenderness. She has built adiorama of a defensive landscape, a stage for tragedies and comedies to playout. Clearing and bushfires, family conflicts and land ownership, conservationand capitalism accelerate and oscillate in and around each other. The sharpprotrusions and layers of ceramic strata set a rhythm of brutal humaninterferences, highlighting the complexity and contradiction of colonialsettler relationships to land.

Elsewhere in the gallery there is a speculativefoil for this expansive quagmire.

Switching scale, Holly turns to endemic florafrom the same region for direction on how to approach this mess. Imagining theintegration of lessons from colonisation, she portrays these species as agentsof their own trajectories - watching, listening and responding with strategy.

On this smaller scale, flowering bodies arepersonified. Banksias, grevilleas and hakes with their curved architecturereaching out to the world. Familiar forms and assertive new growths signal anintentional movement toward sovereignty and self protection. Holly unites heruse of ceramics, found objects and crochet, rather than highlighting theircontrasting features. Curly lichen-style growths align with the sharpweapon-like adaptations of these future flora who are ready for a fight. Theyare bold, disobedient, resisting. Defiant.

These works feel both timely, and timeless. Hollytakes dirt which holds life, a time-full material and makes it stand still. Aschanges rush by, and layers of complexity pile upon each other, the kilnfreezes these forms, giving us a moment to move around them and take them in.

The landscape view is complex. Accelerating andinsurmountable. It defends itself against attempts to question, understand orredirect. While the micro, detailed forms are adaptive and evolving.Responding, considering, grounded and empowered by gestures toward the future.

Holly questions things that are out of balanceby positioning herself as an agent for order who is felled, regularly, byobjects or forces that resist control. This project has me reconsidering herpast work. Noticing her exercises as experiments in futility and understandingthe limits of our control. Of being open to the futures that these largerforces might take us to if we are willing to listen. 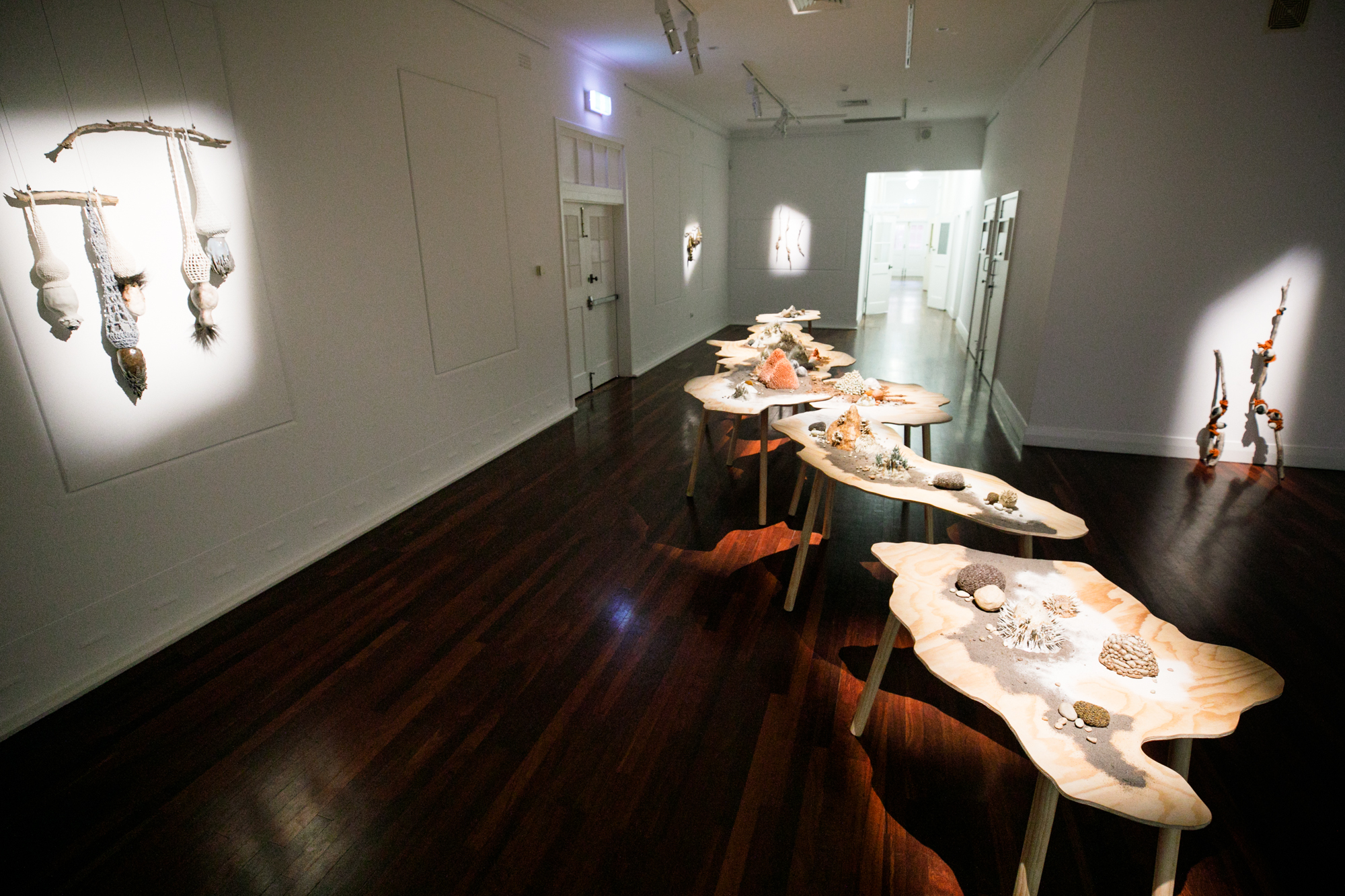 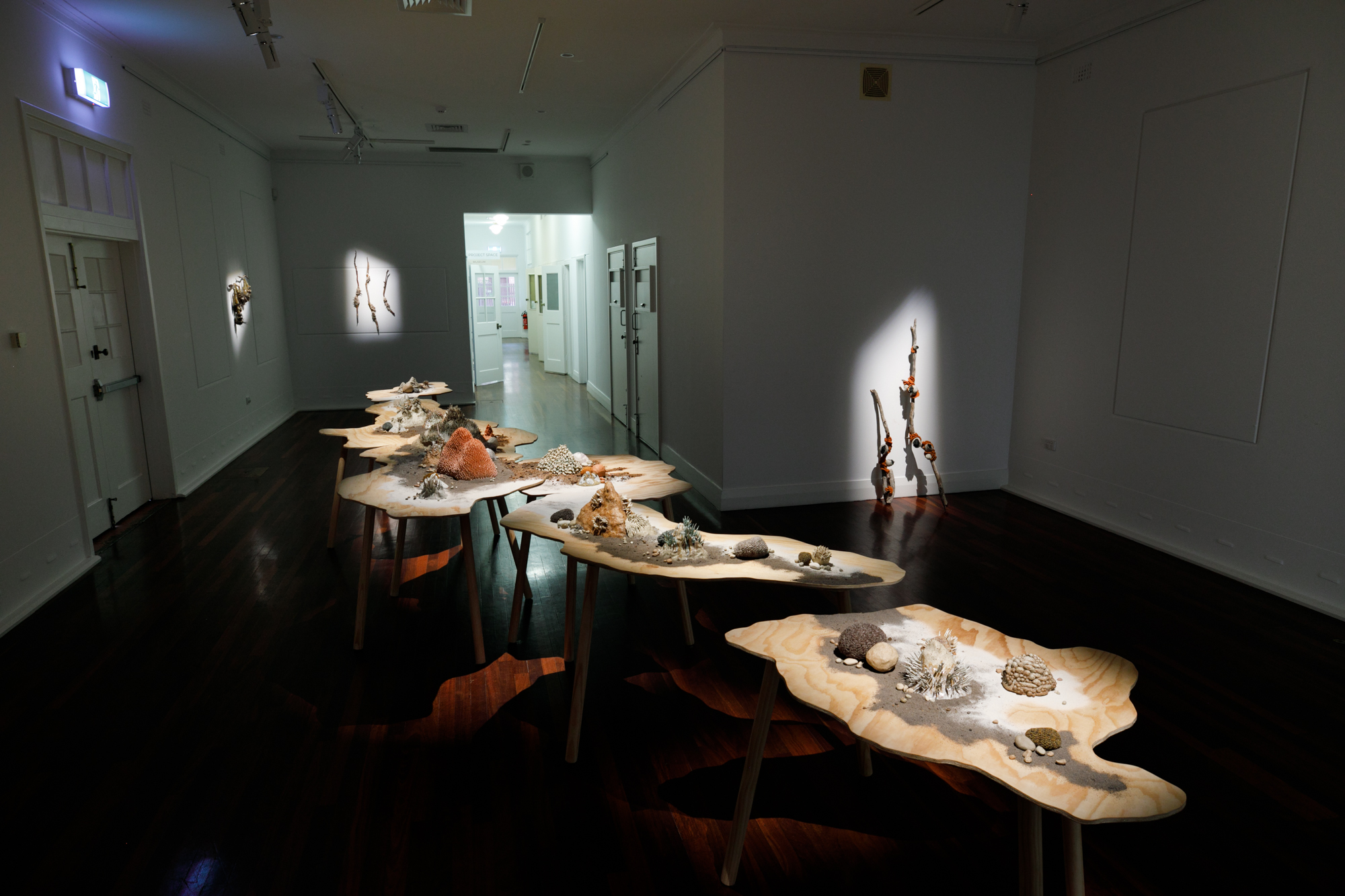 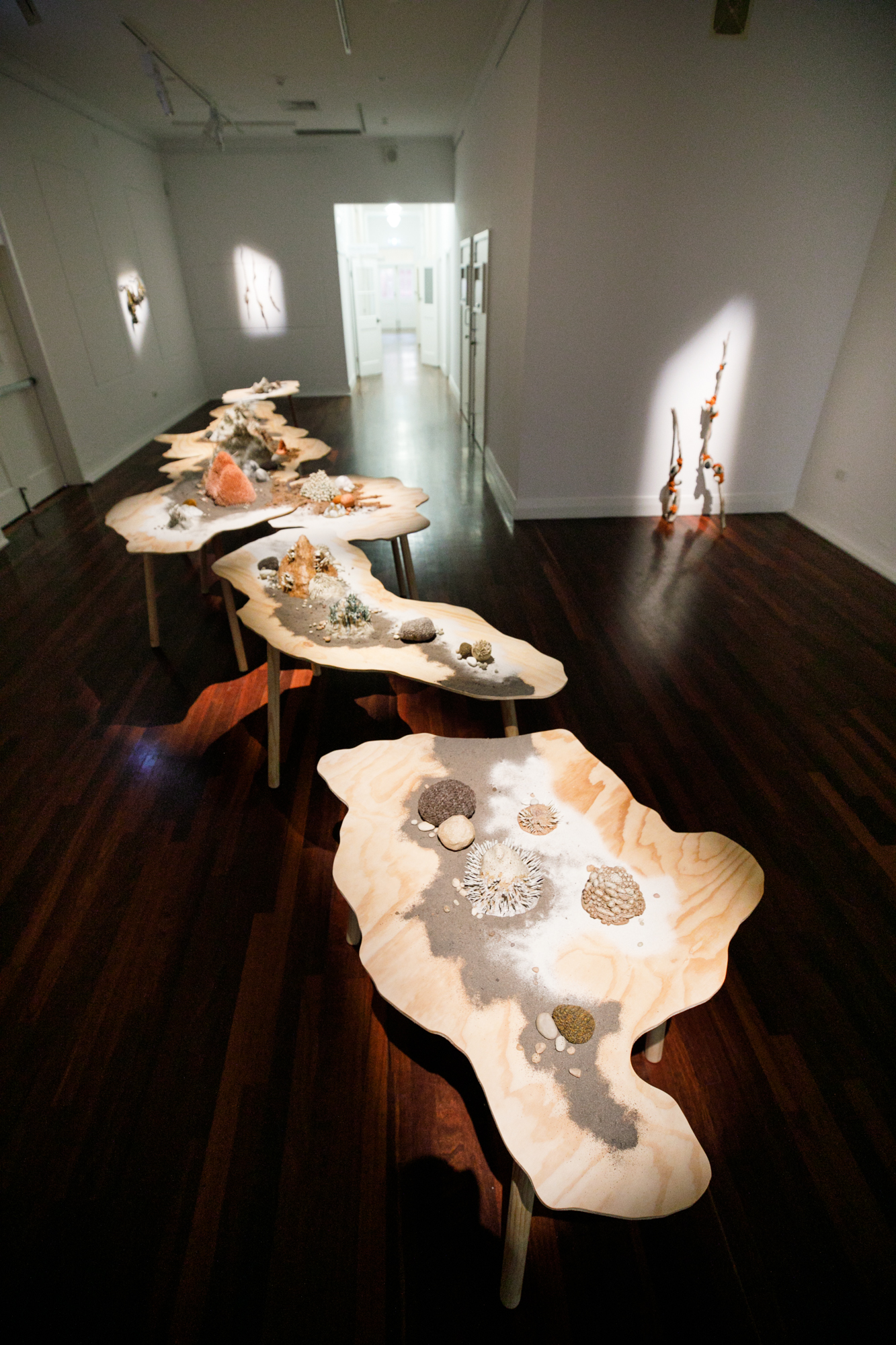 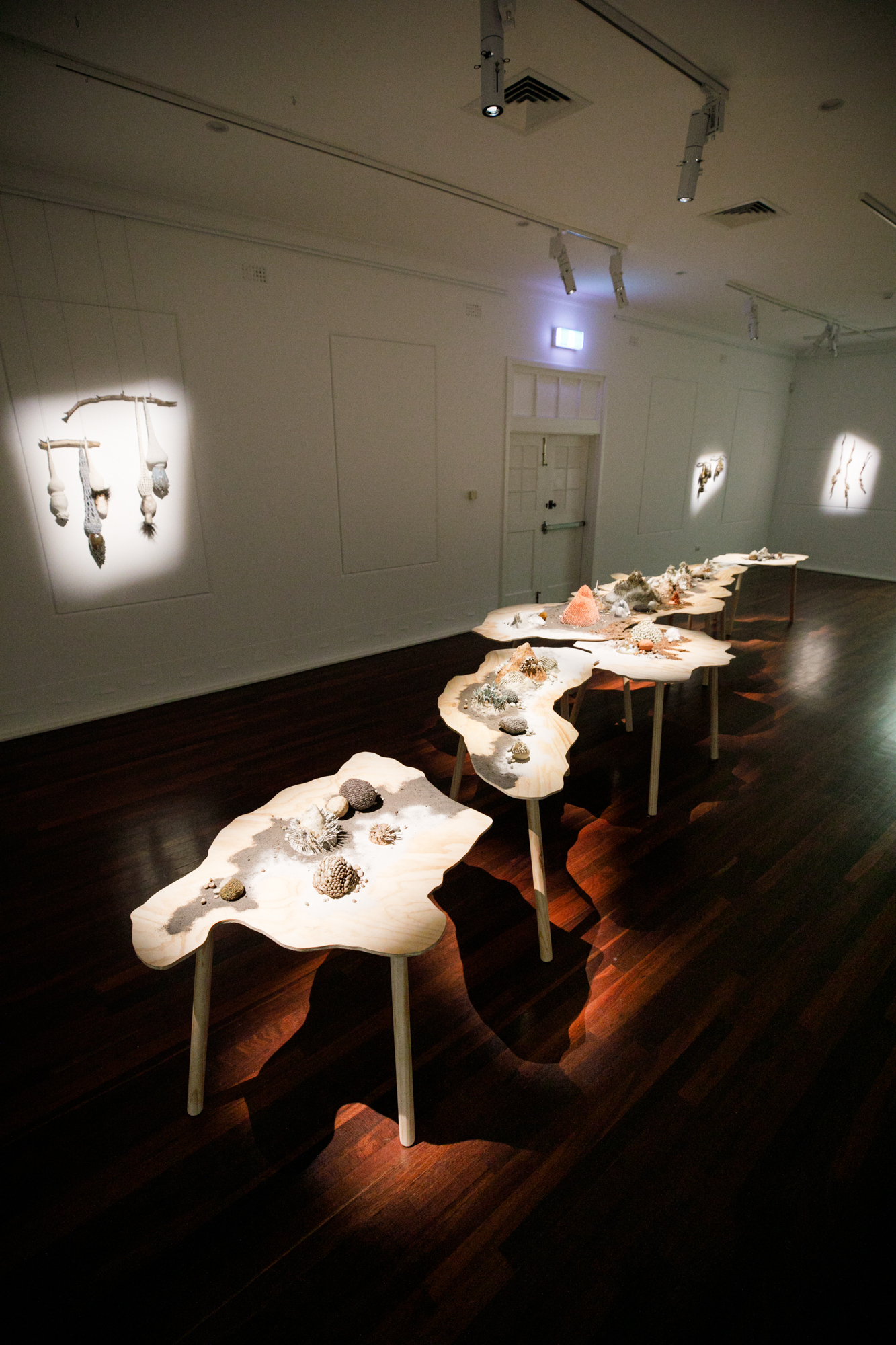 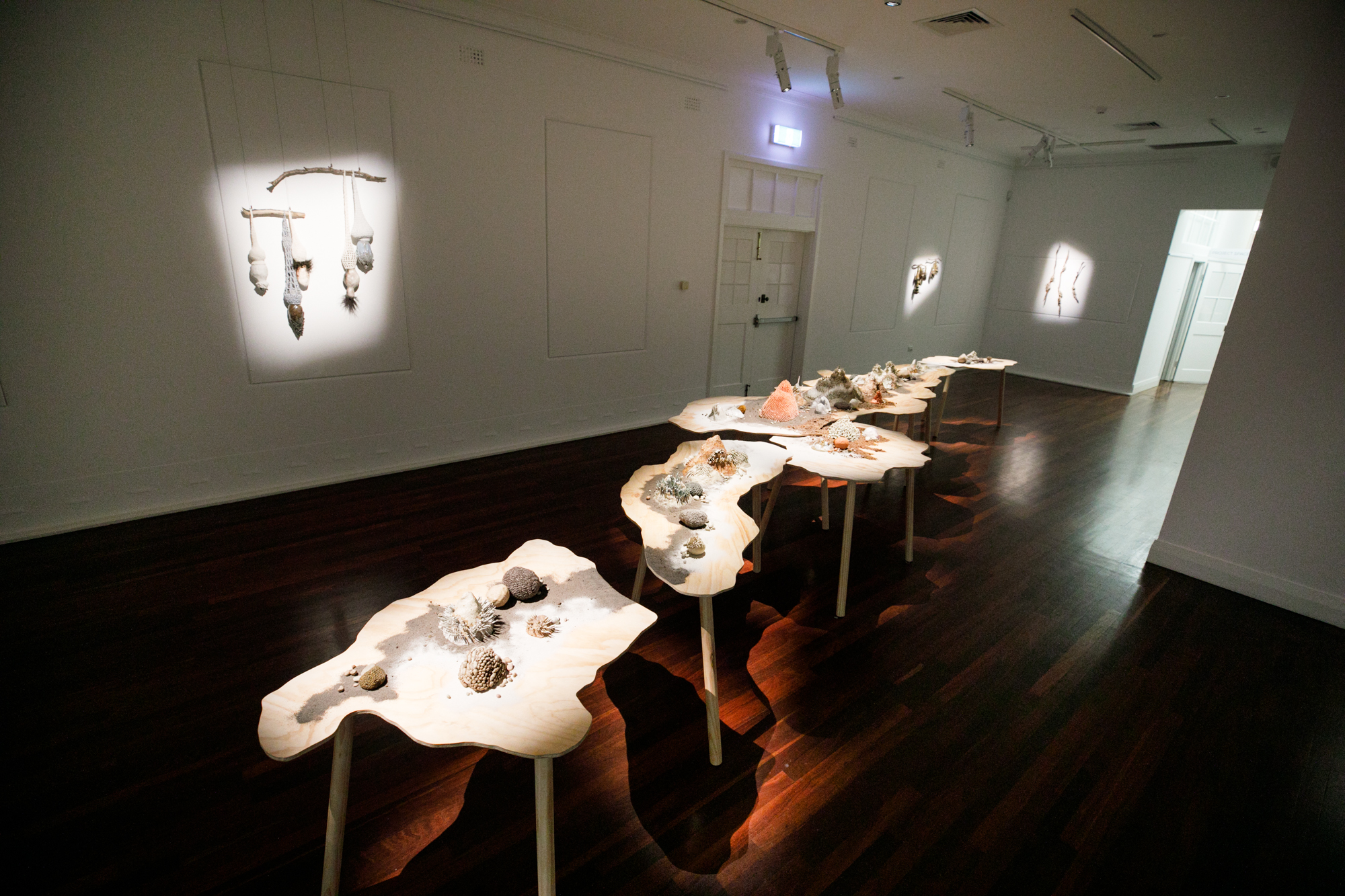 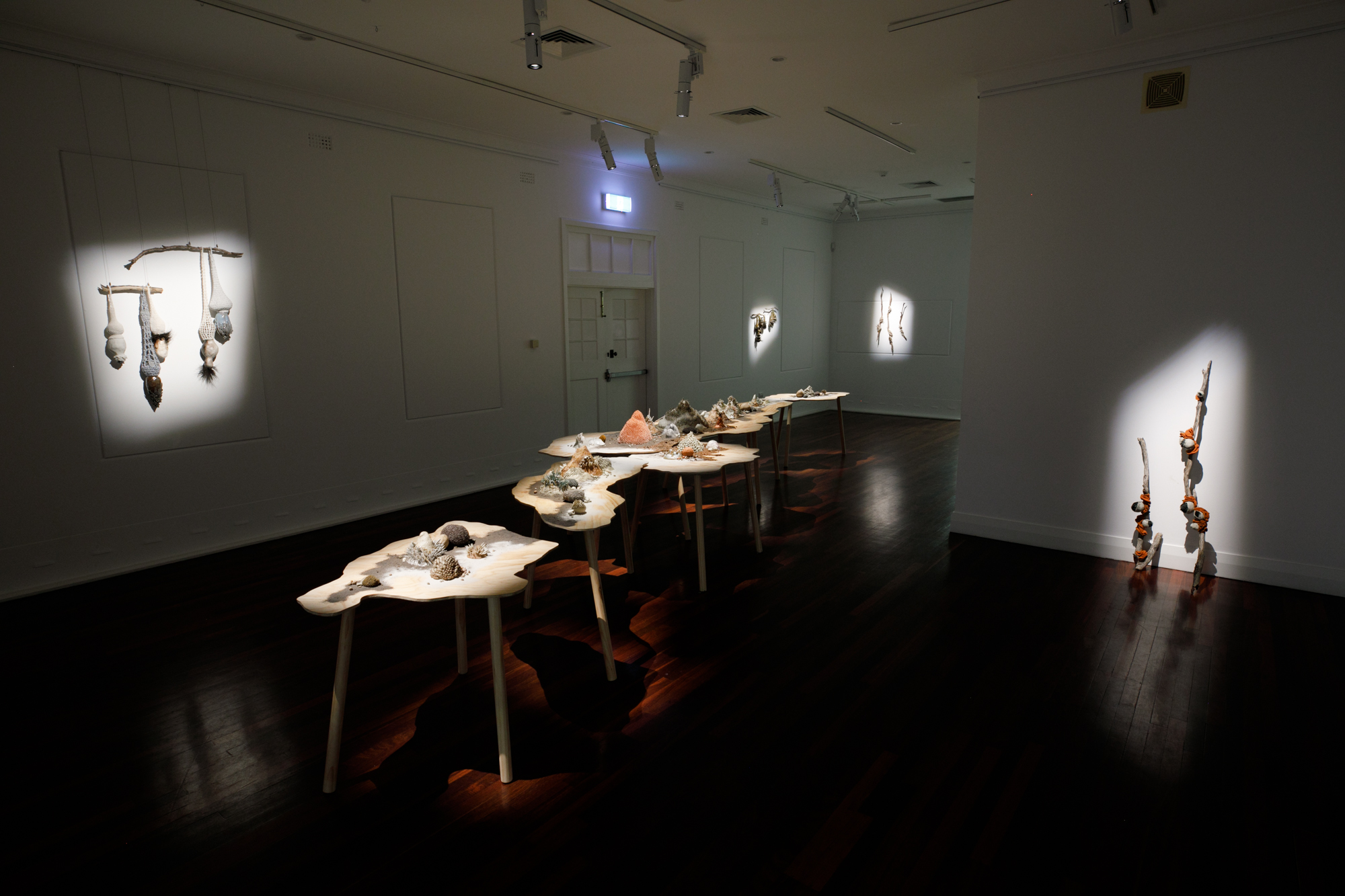 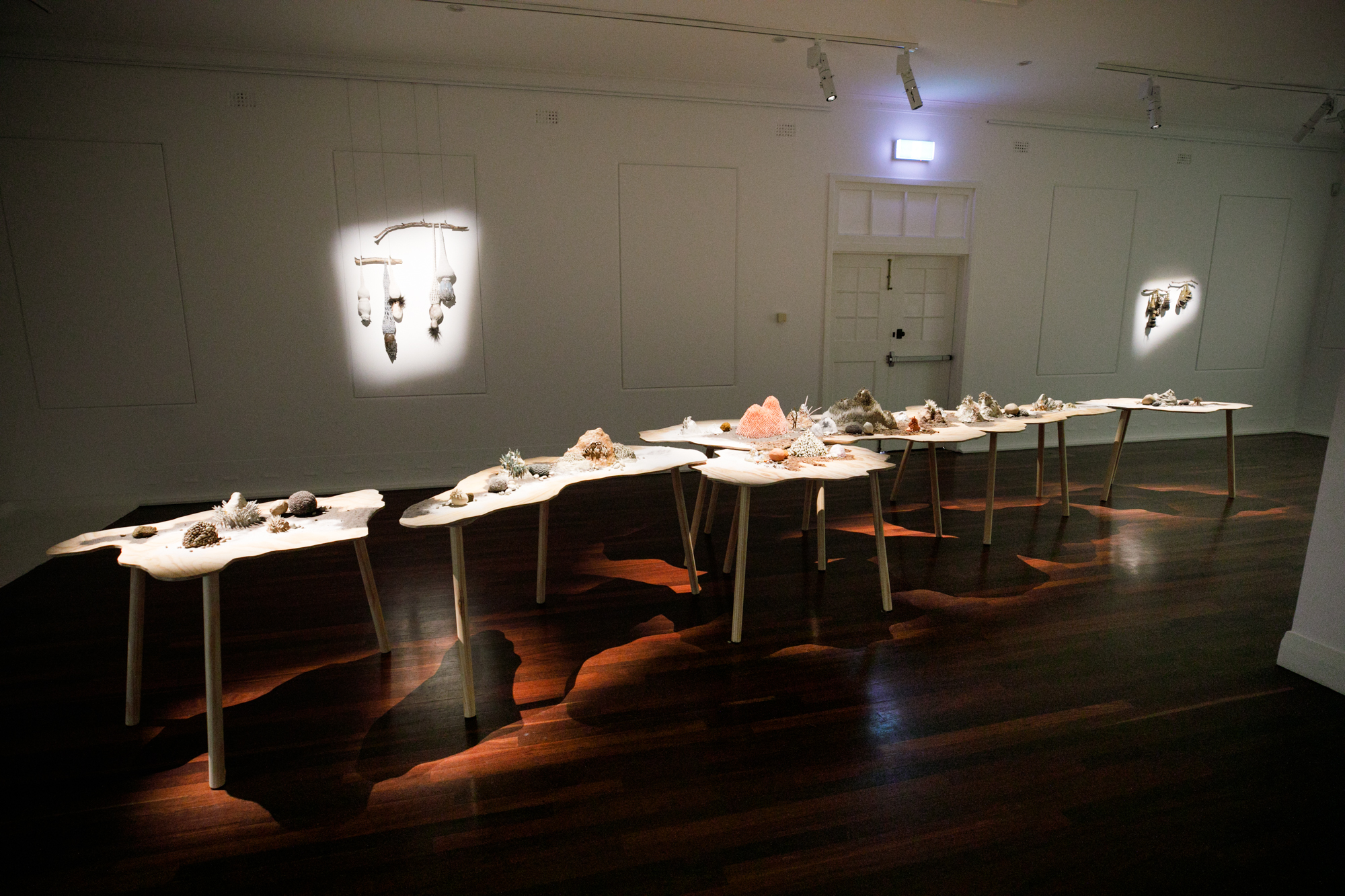 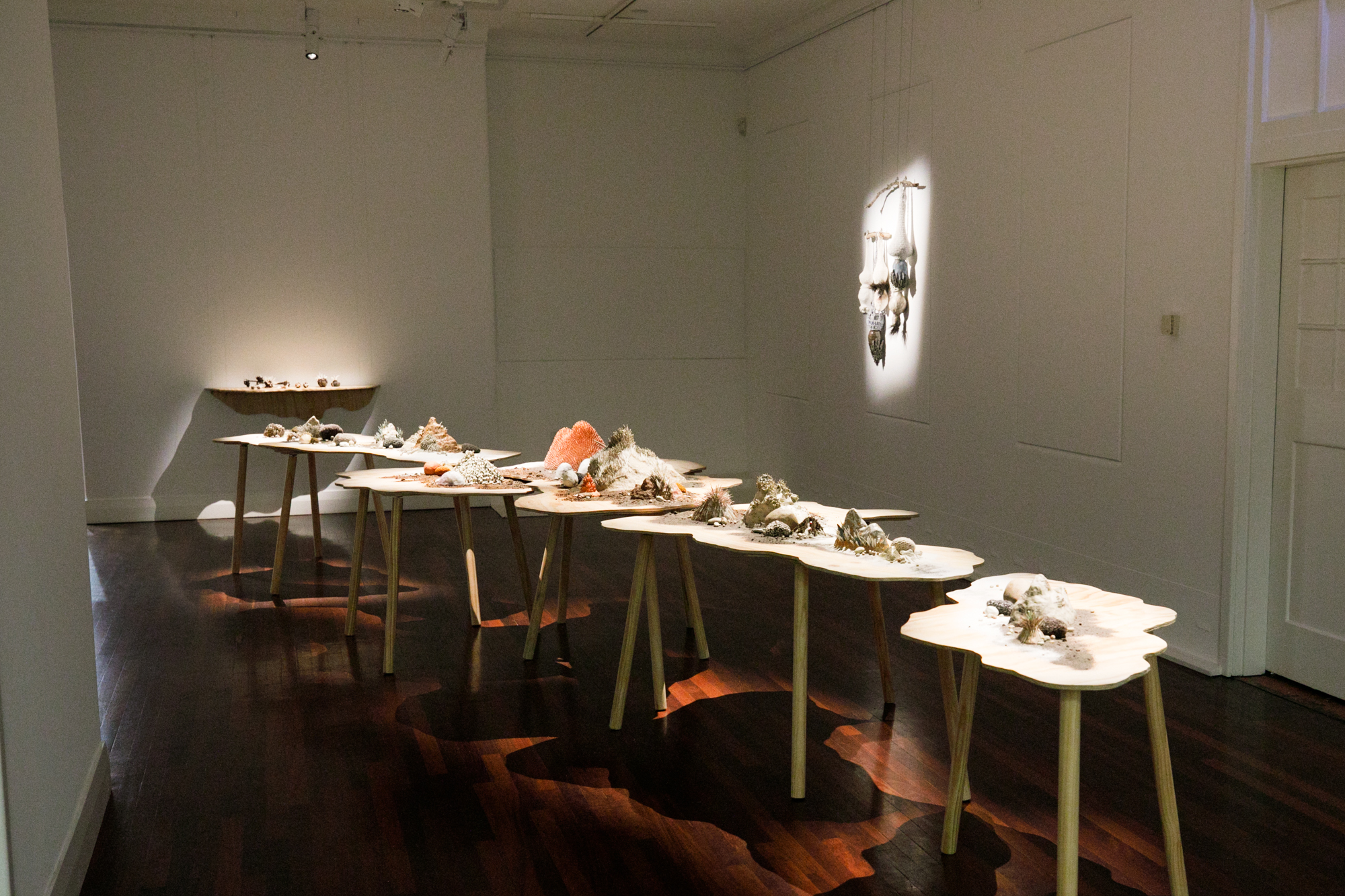 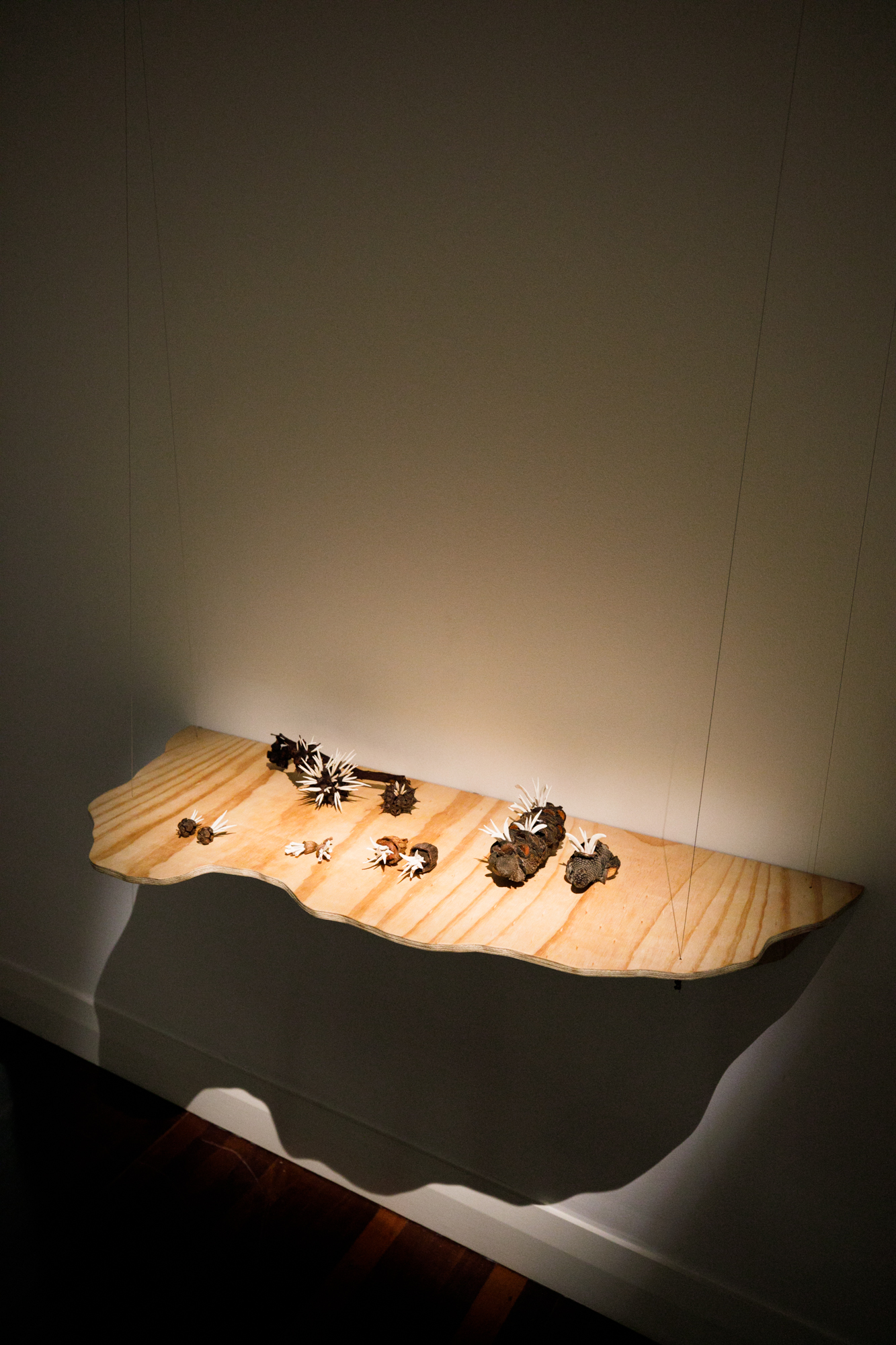 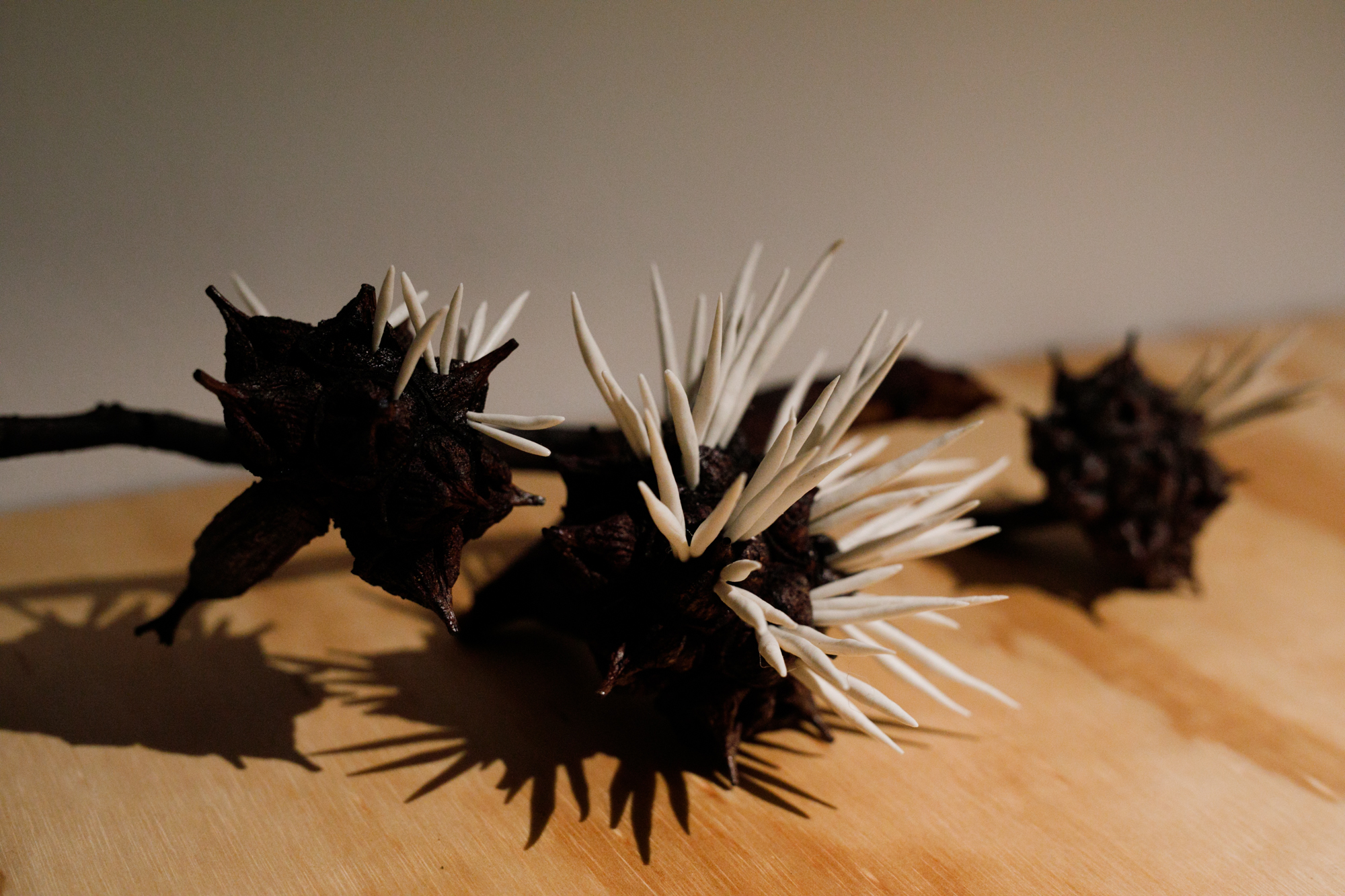 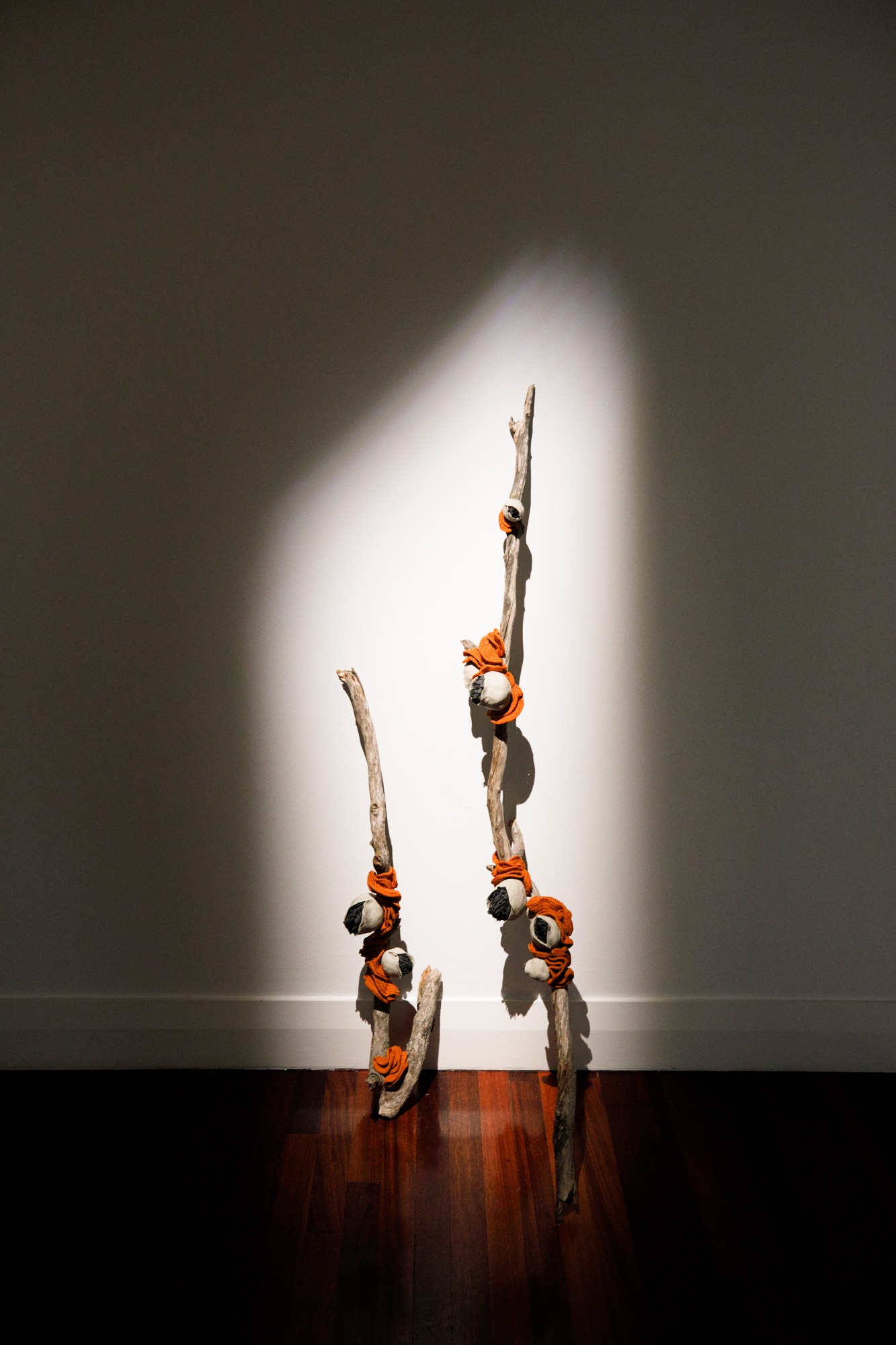 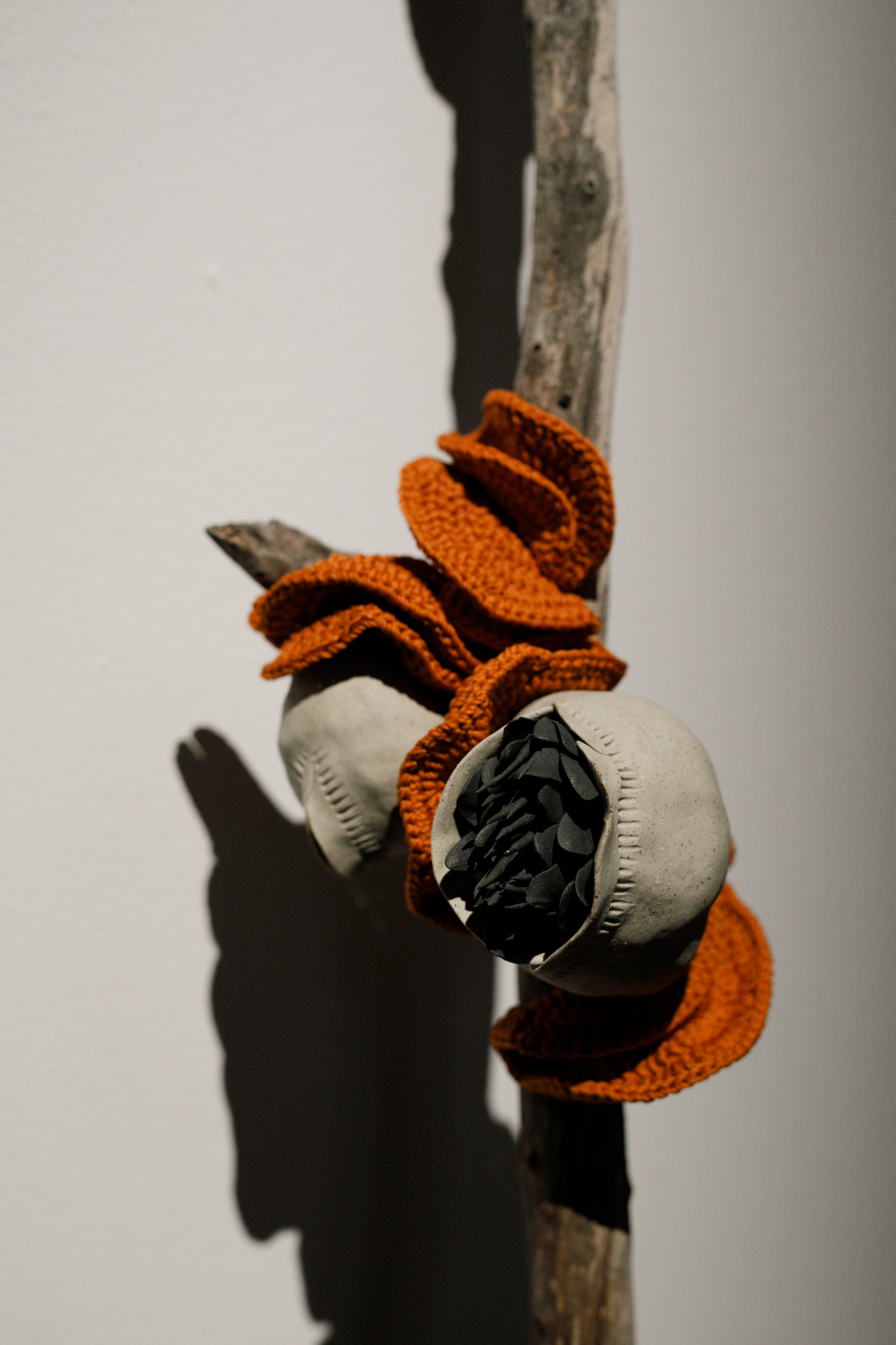 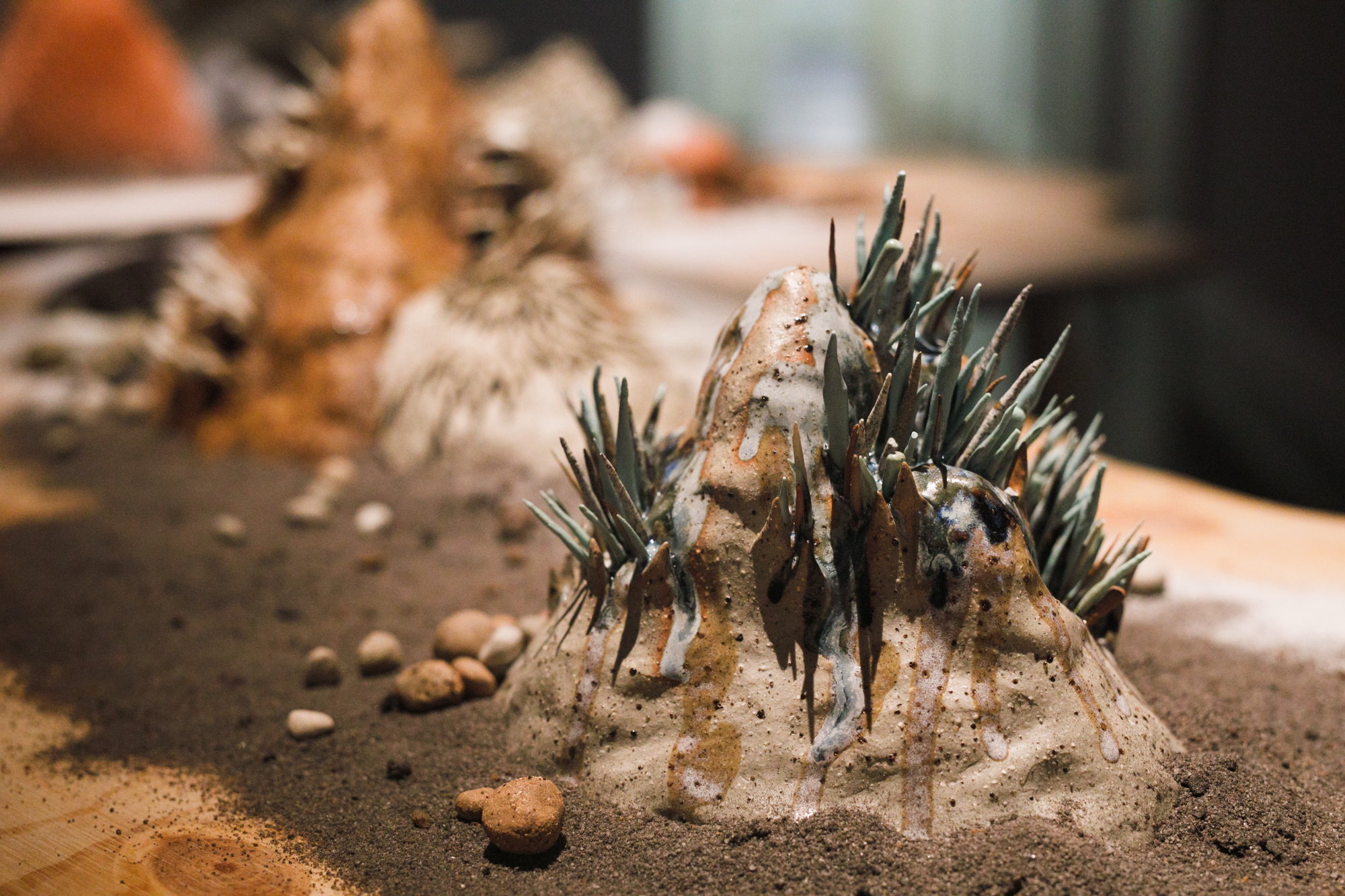 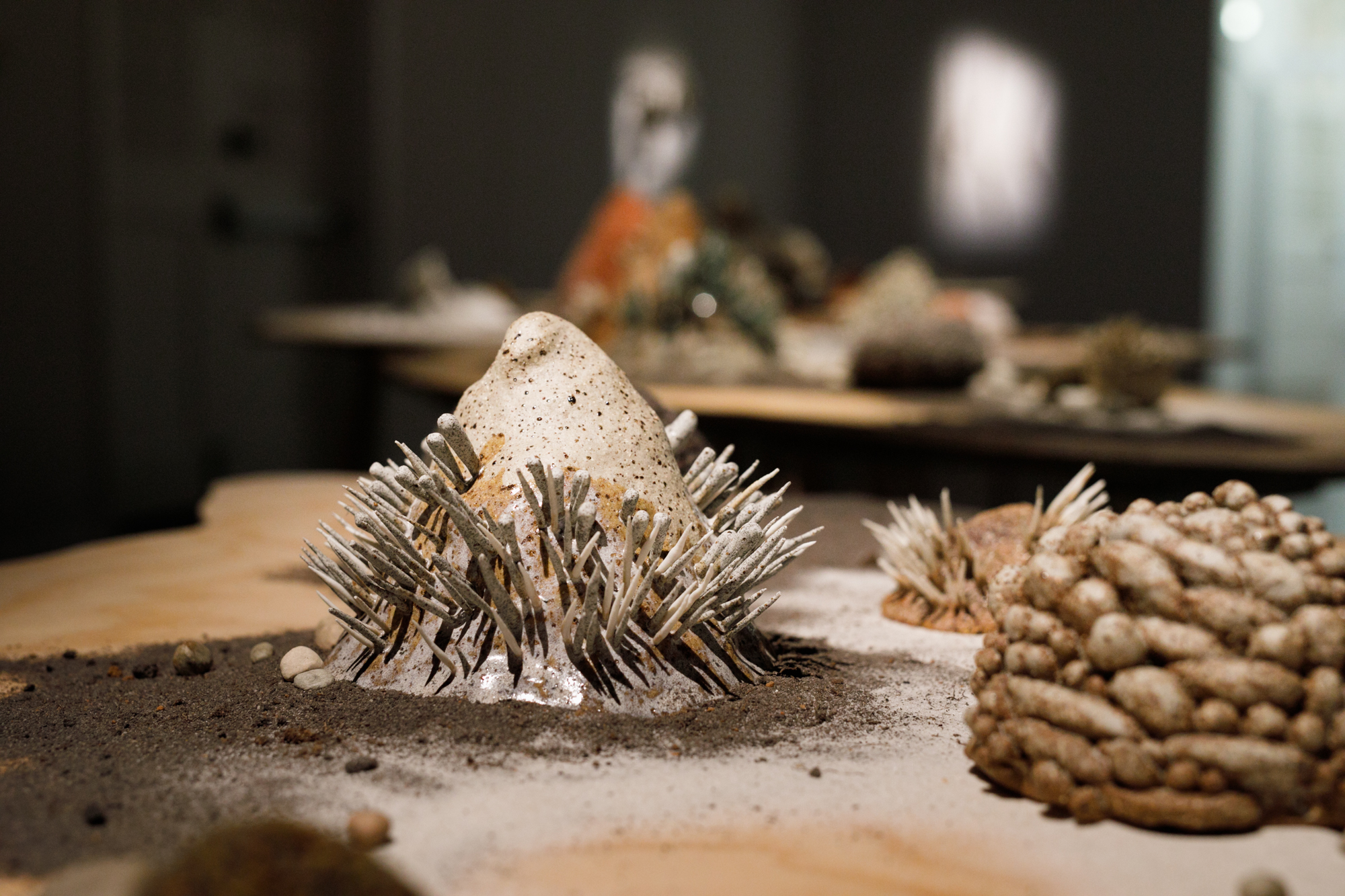 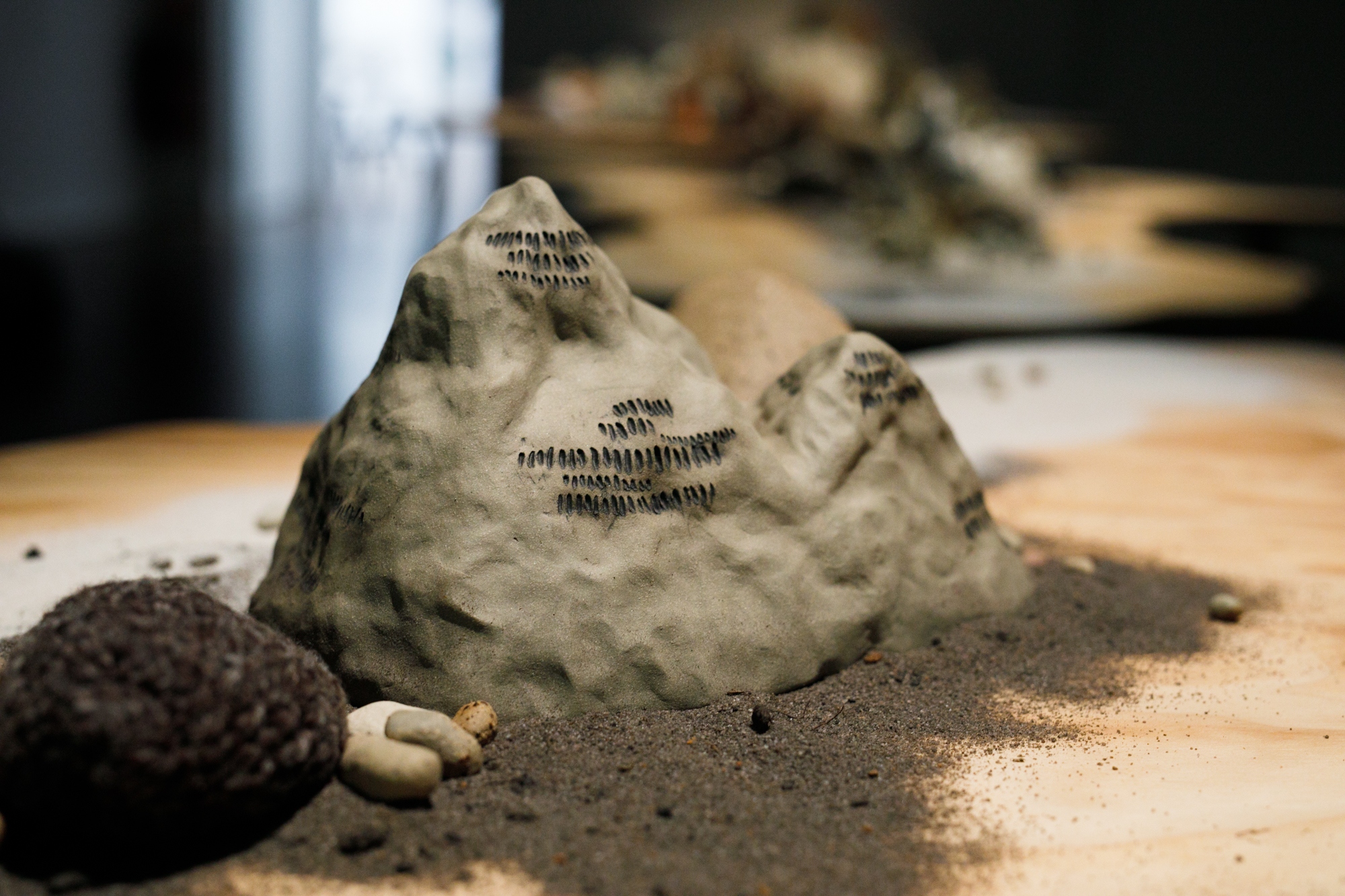 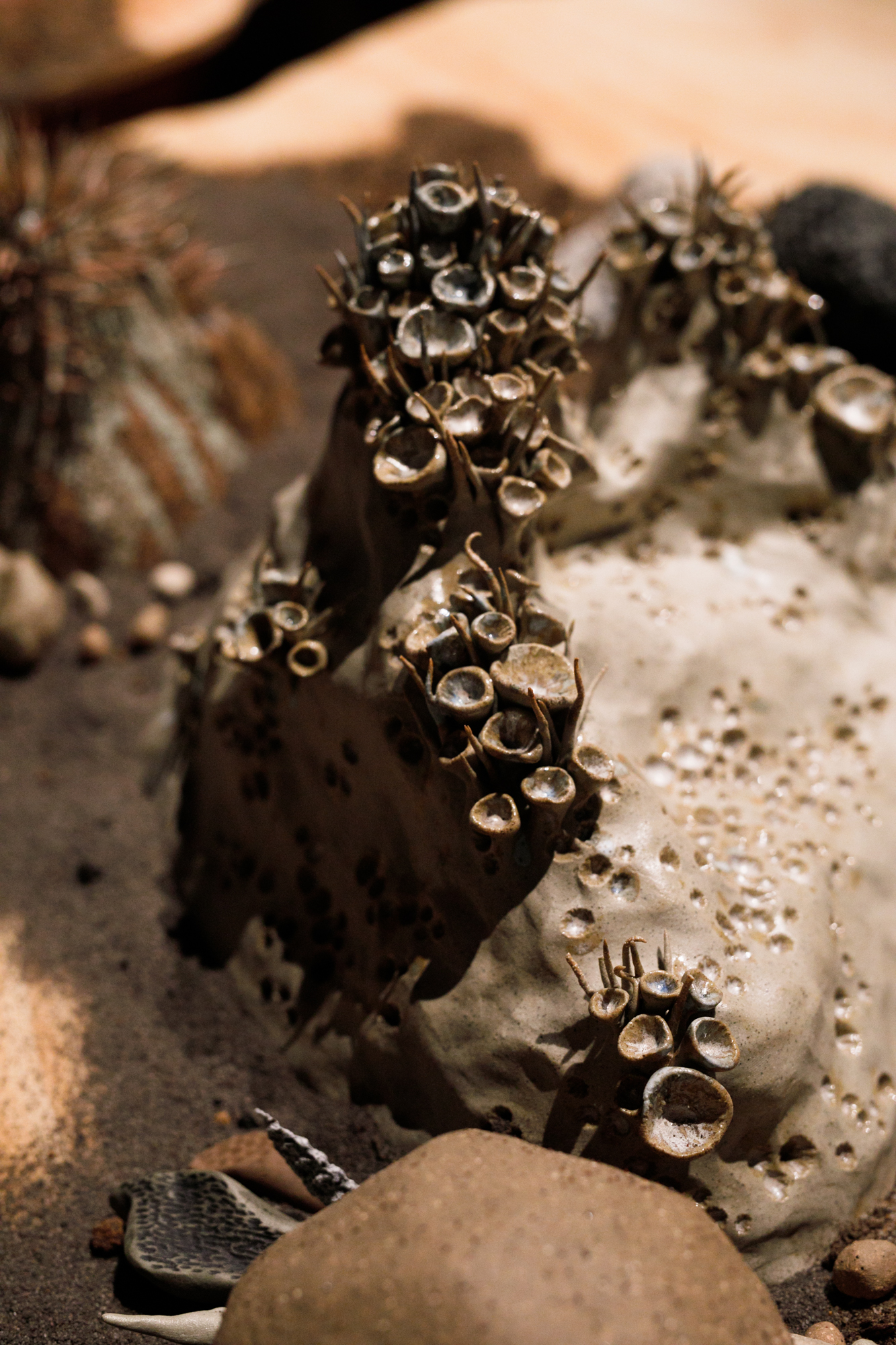 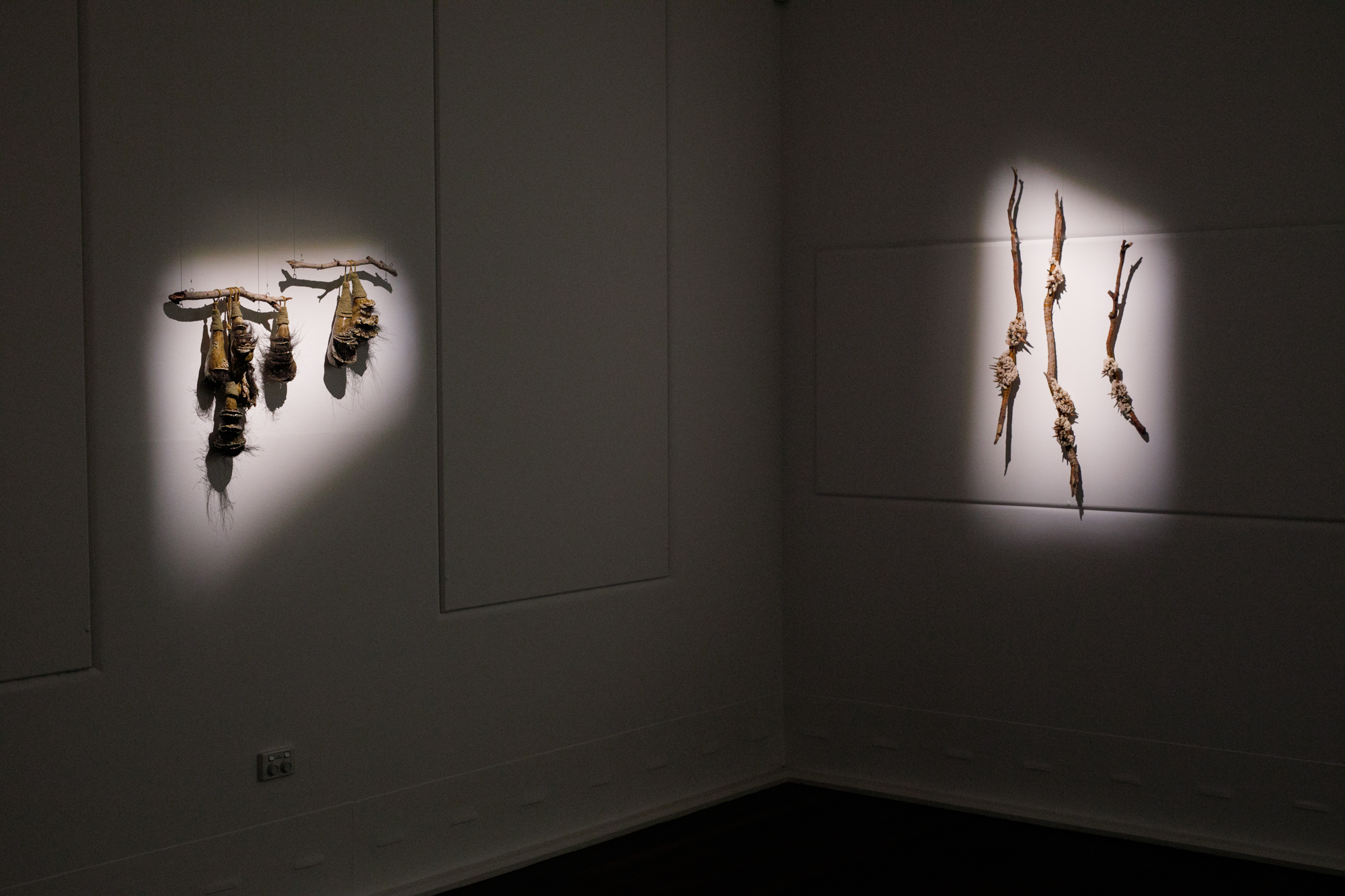 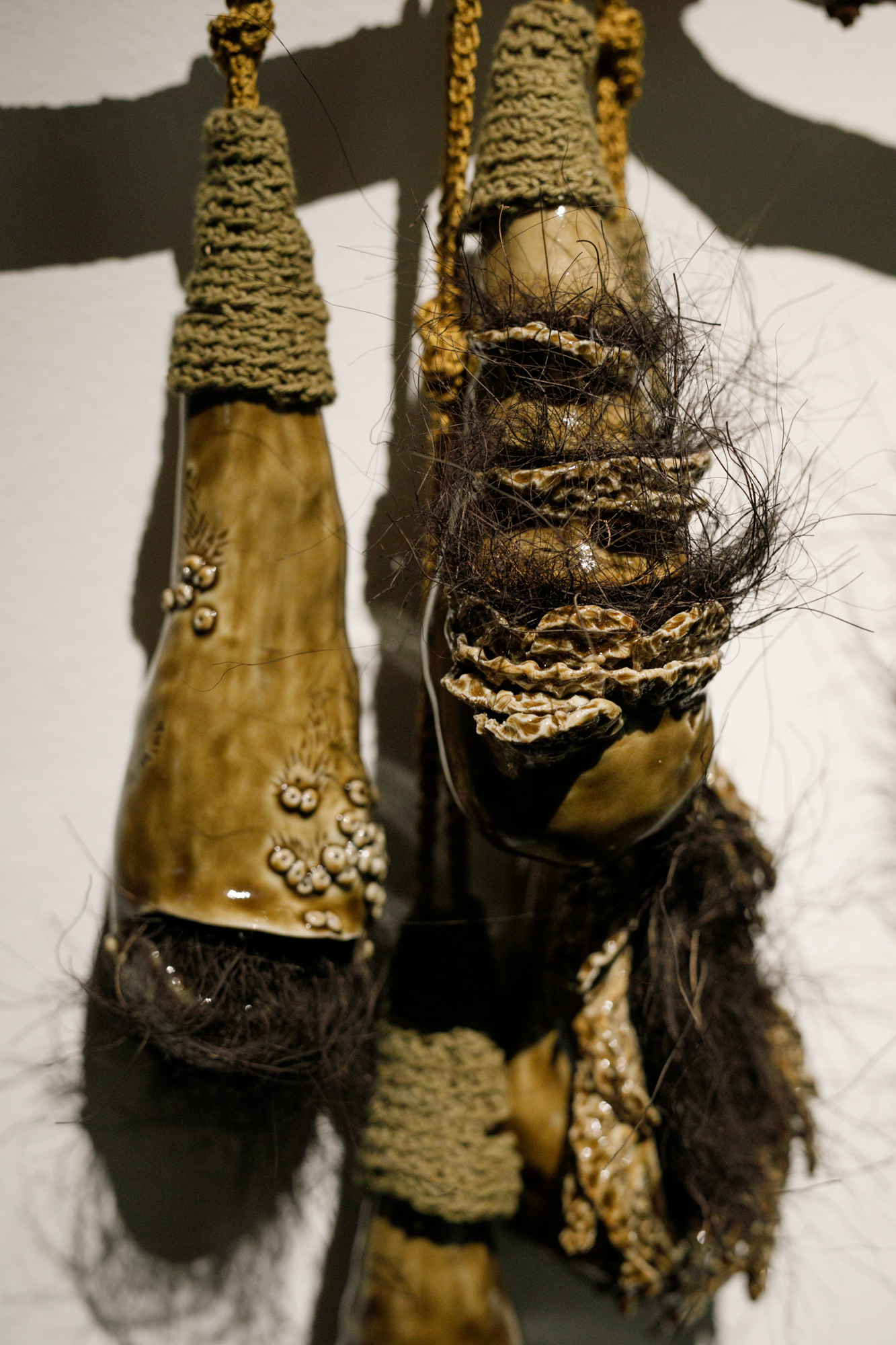 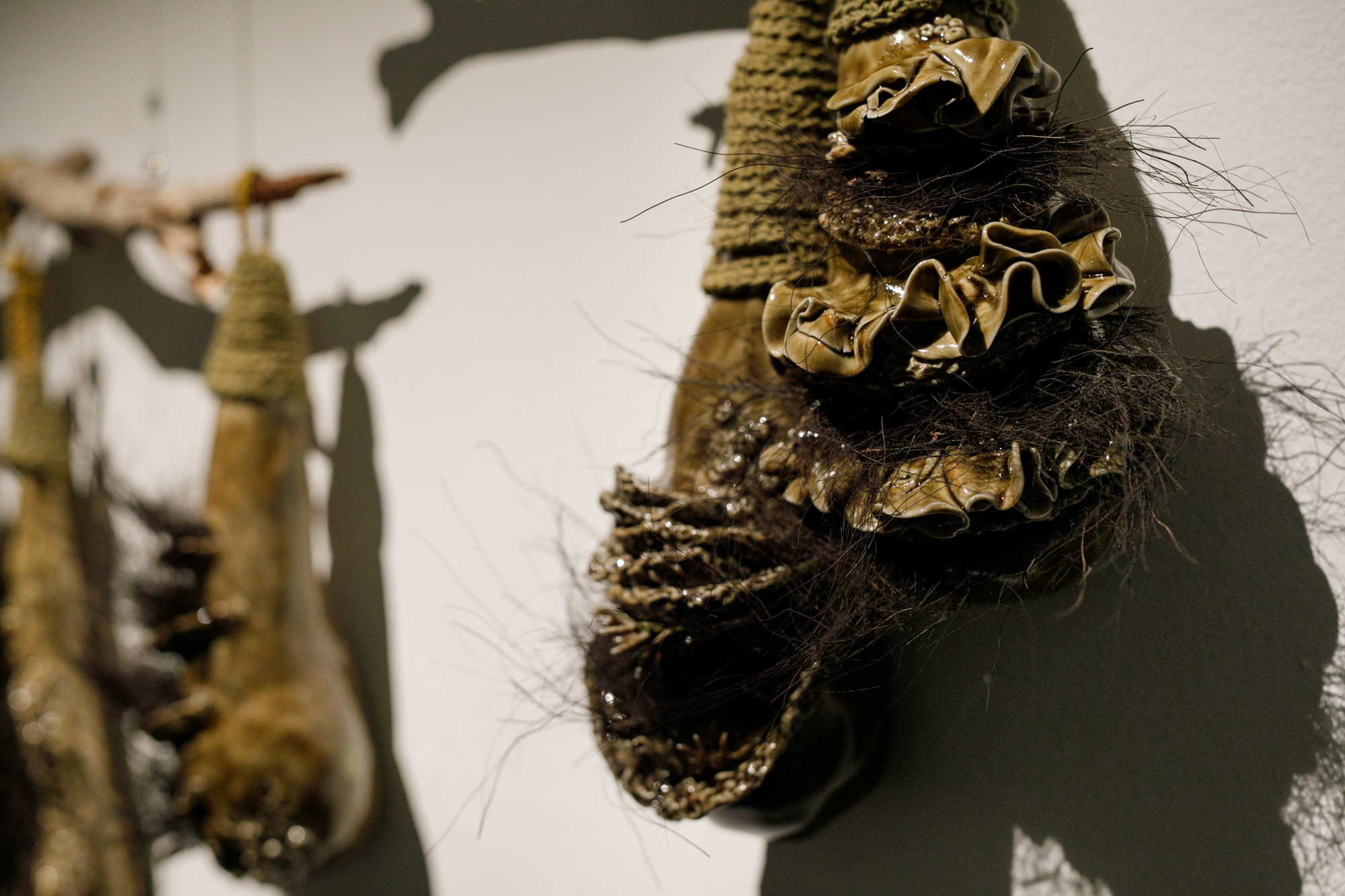 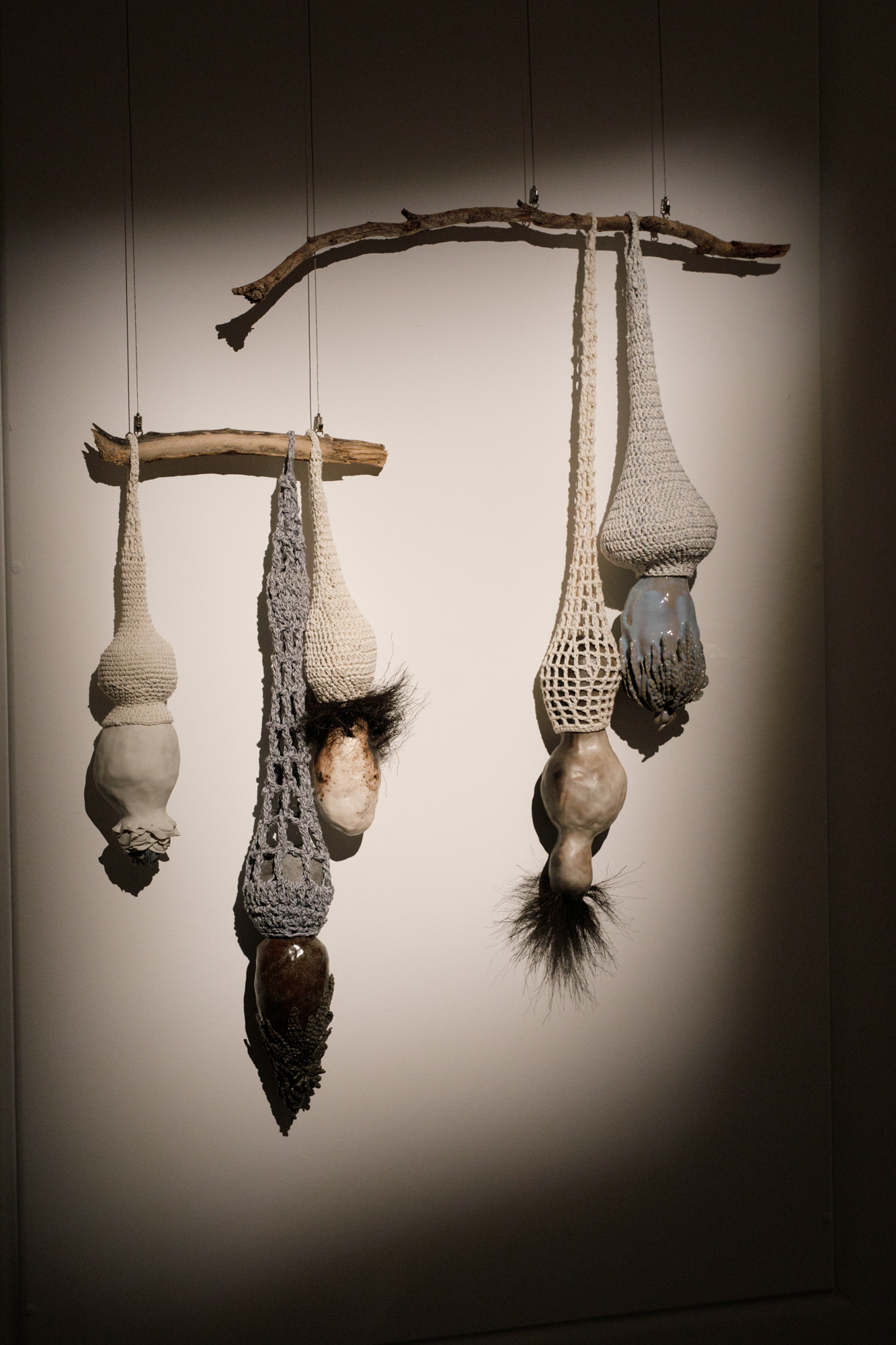 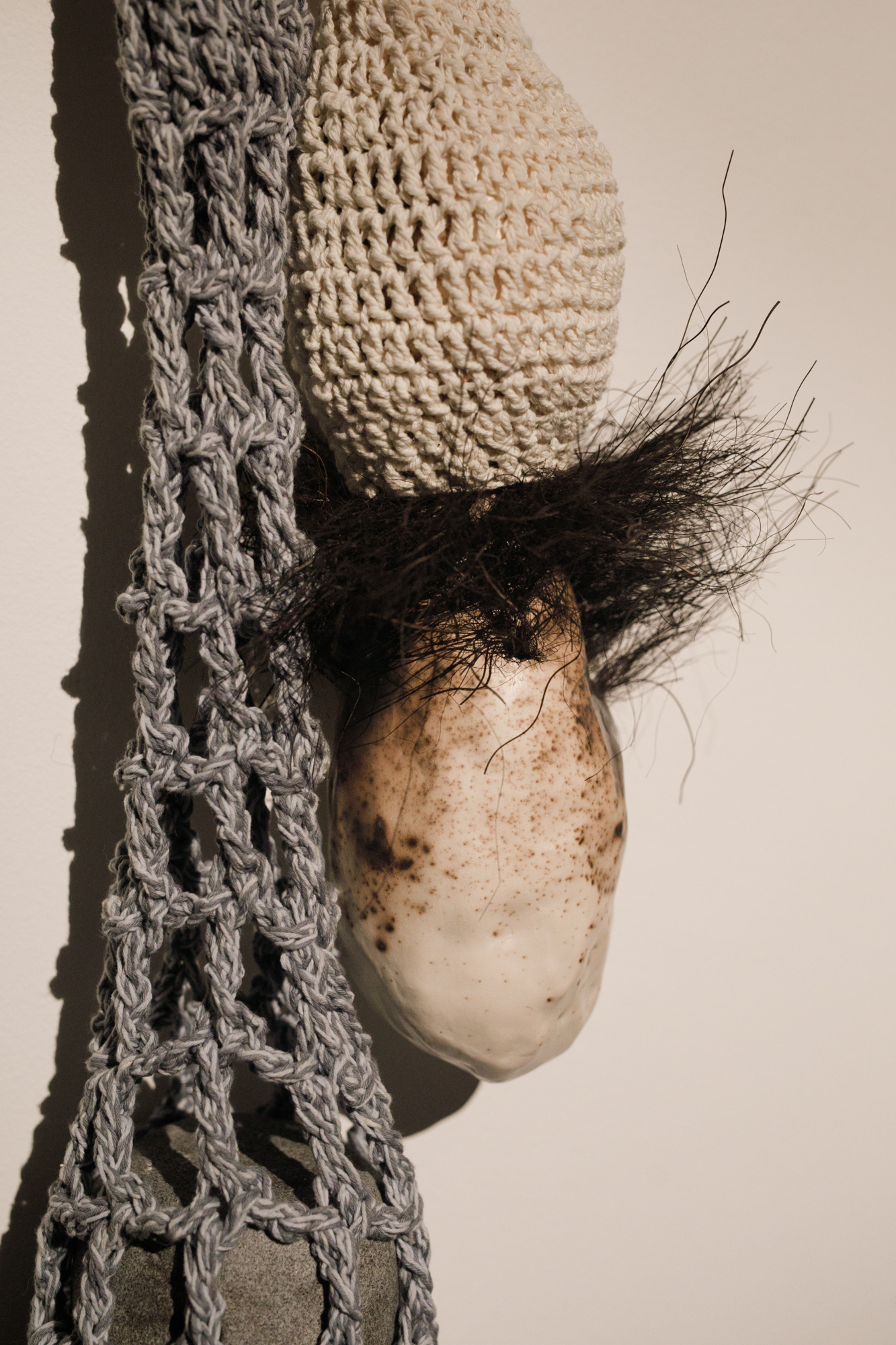 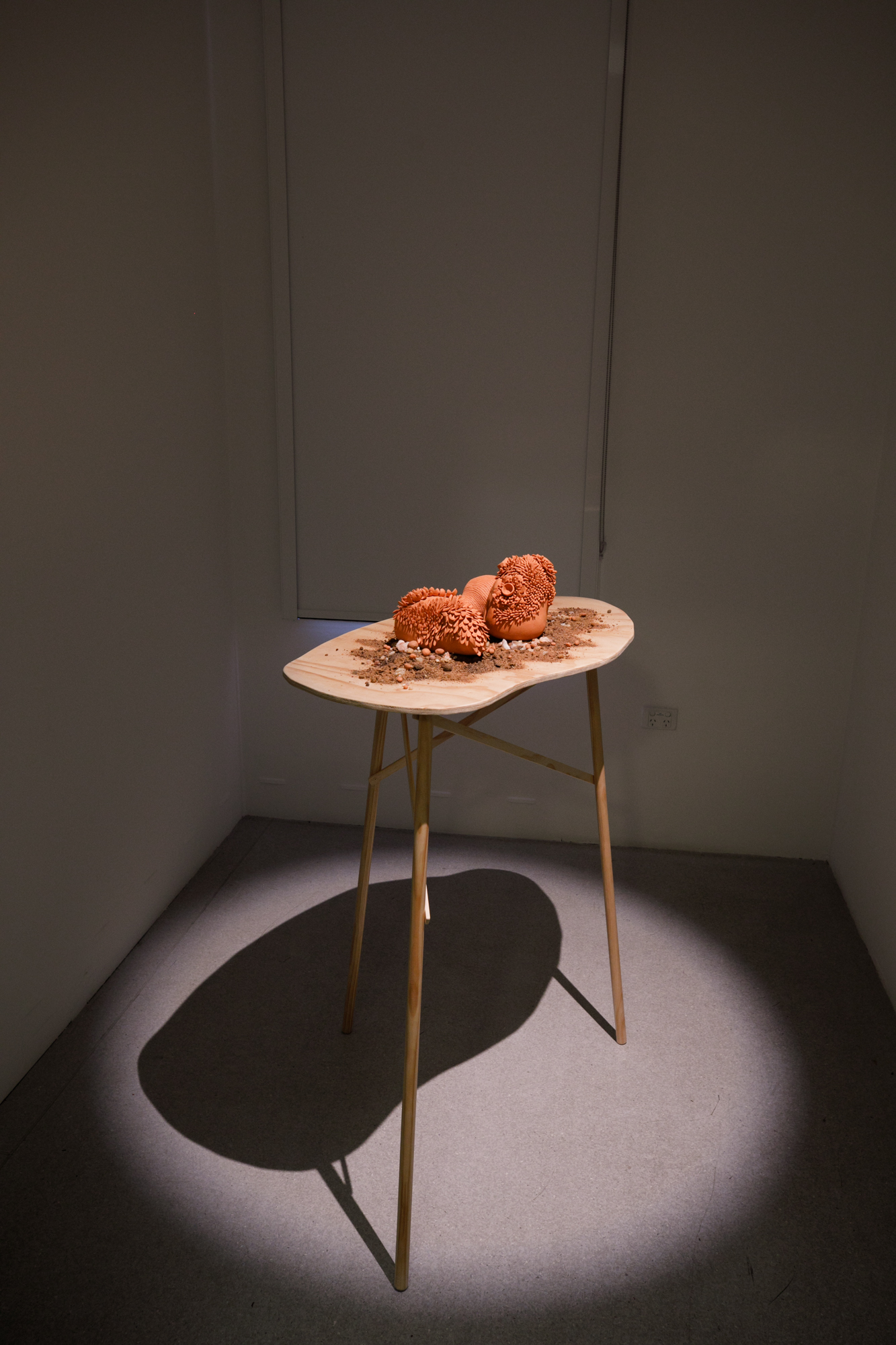 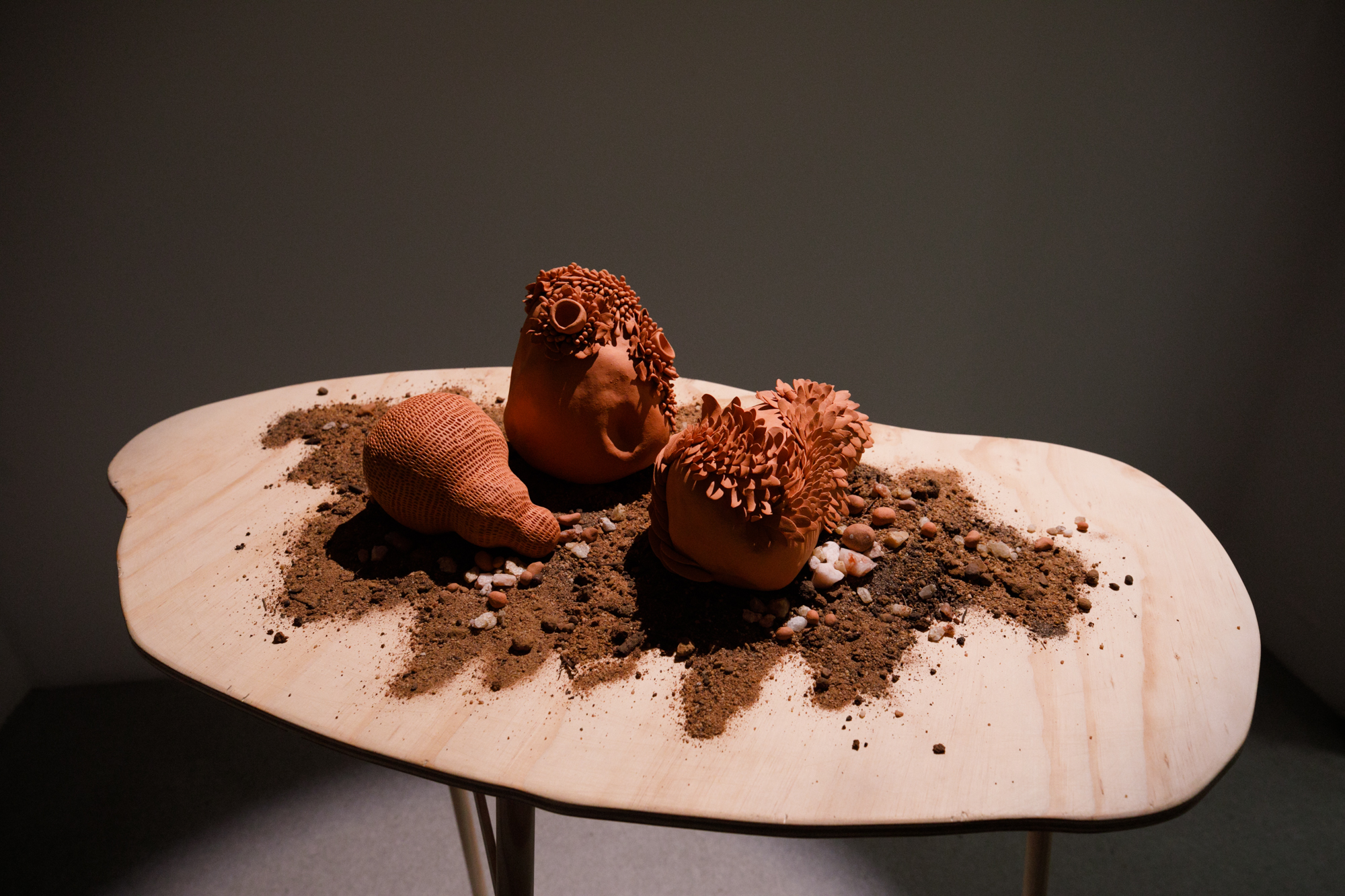 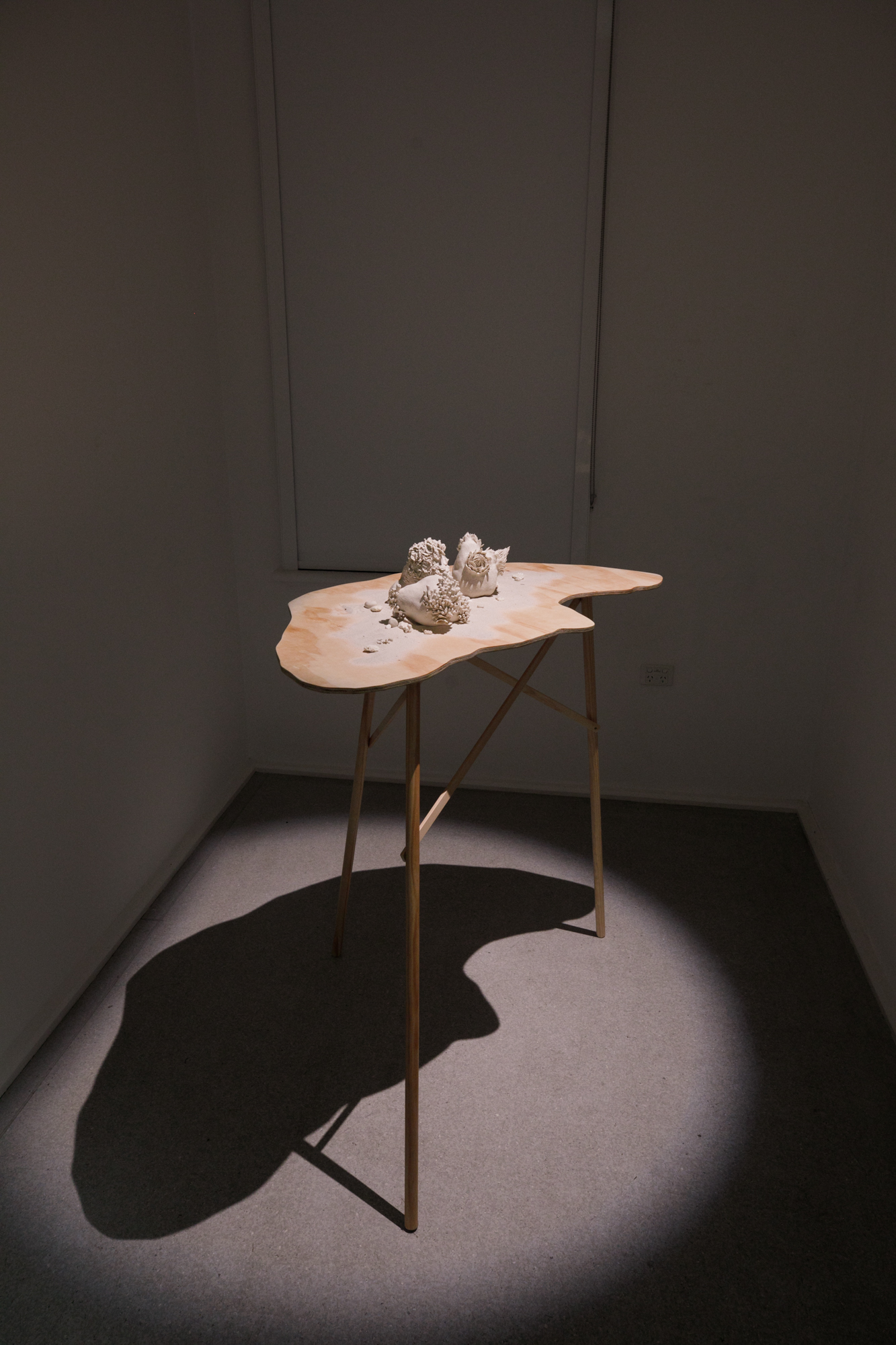 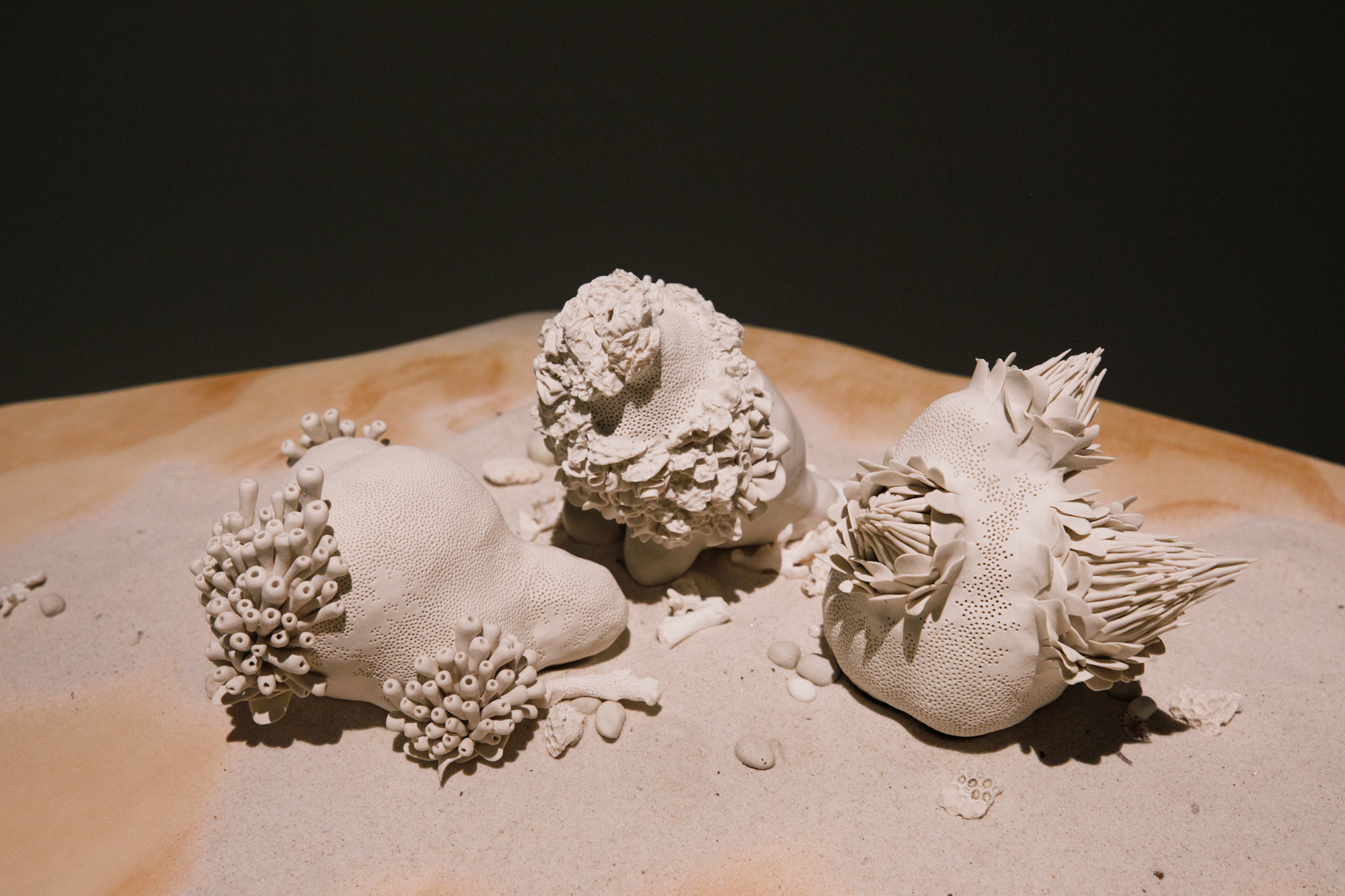