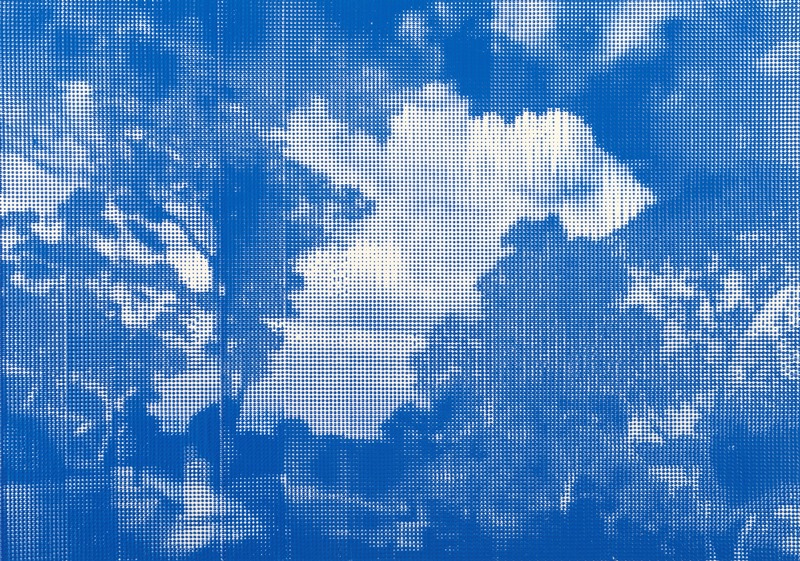 The outside within\the inside without

Hiroshi Kobayashi's artwork explores the space between photography, painting and memory. His paintings, based on digitally manipulated photographs, are created by using mechanical devices, such as a dispenser machine, cutting plotter, spray gun and self-made squeegee tool. Kobayashi’s unique process, which he refers to as patagraphy, aims to capture the way that our minds consider and remember experiences of place. A term coined by Kobayashi, patagraphy combines the concept of Pataphysics, the imaginary realm supplemental to metaphysics conceived by French poet Alfred Jarry, and –graph, or an instrument for recording.

​For this exhibition, Kobayashi has created a new series of paintings inspired by the landscape and architecture at Point Heathcote. Displayed within the HCP Gallery, Kobayashi’s paintings metaphorically create windows on the gallery walls, exploring the relationship between the inside and the outside, the internal and external.

When I saw the space at Heathcote Museum &Gallery, it inspired me to metaphorically create windows on the wall to let thelight outside into the room inside through a series of paintings. Once created,it would symbolically resonate with my idea of the interaction between themind’s internal consciousness and the external world; the outside borrowssuccession from the inside and the inside borrows distinction from the outside.2 This initial concept of interactive movement resulted in what Ihave termed Patagraphy.

The idea of Patagraphy first came to me in 2016when I was looking down at Cottesloe Beach from the footpath. My mind’s focusoscillated between the vista and my body. As I felt the wind on my skin Istarted to reflect on a time long since passed; a time in 2011 and although theripples of the waves in the distance seemed so small, I had a distinct tactilefeeling of just how massive they really were. My thoughts strangely shifted tothe idea of ‘entropy’ that I had often vaguely wondered about in my studiowhile working. I had a sudden sense of the entropy in the ocean. These ideaswere chronologically different and geographically separate, and appeared in mymind, as the philosopher Henri Bergson would put it; as ‘a qualitative multiplicity’and ‘an absolute heterogeneity of elements.’ Yet they still managed to beseamlessly unified and interpenetrate each other in my mind, just likeBergson’s concept of a ‘duration.’ 3 I took photographs of the seascape, but knew theywould fail to properly capture this duration.

Photographic images have changed people’scollective sense of reality by means of mechanical reproduction and widespreaddistribution and thus, have now become innate to social media. There is astrong affinity between them and the way we perceive the world, however,despite this popular society-wide penetration, the photograph is often too‘flat’ to represent the unique personality of the subject; to quote SusanSontag’s essay, ‘A photograph is both a pseudo-presence and a token ofabsence,’ 4 and what is missing in it is the duration that isexistentially unrepeatable. 5

Back in my studio, I recalled the movement of theocean and how that made me feel. I thought that same movement and the feelingit invoked in me, could be captured in an acrylic medium in a way that myphotograph couldn’t. I wondered if I could capture this kind of entropicmovement in my painting by making and using a camera like apparatus, so Istarted assembling a squeegee device, which smoothly slides on rails. Whenused, it mechanically spreads acrylic paint on a canvas with even pressure, butit is not perfect and records the imperfections of my hands-on operation, likea wave pattern. That was two years ago.

For this exhibition, I combined a cuttingplotter with a pneumatic dispenser and connected a needle to the plotter head.I did this by making the required parts with a 3D printer. The cutting plotter,now repurposed into a new painting plotter marks out points for paint anddispenses halftone image dots onto the canvas. The resulting image is acontinuous reflection of the calibrated movement of the device and theunpredictable way the needle makes physical contact with the canvas.

I thought I needed to coin a name for my newdevice starting with the letter ‘P’, since it was a consequence of the idea ofcombining Painting, Printing, Plotting, Photography and Photogrammetry. Thusthe word Patagraphy was born; a compound word consisting of Alfred Jarry’sPataphysics (the imagined realm additional to metaphysics) and -graph (aninstrument for recording). Pata also means ‘canvas’ in Sanskrit, and‘foot’ in Spanish, which reminds me of the continuity of dots resembling apatting rhythm and the accumulation of footprints during a walk. Taking intoaccount the rhythmically similar sounds and Latin etymology of the words‘pattern,’ ‘material,’ ‘patrix’ and ‘matrix,’ I hope the name Patagraph positively invokes a sense of fusionbetween these ideas.

My artwork is a Patagraph.