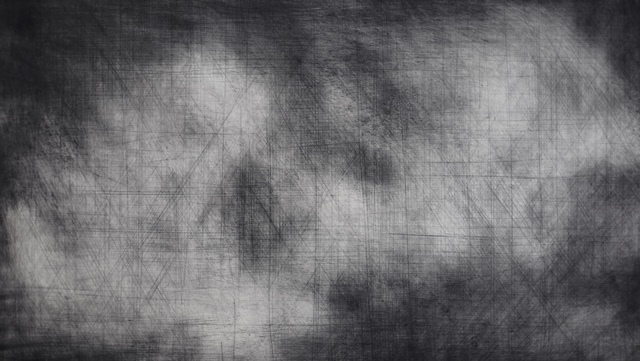 In a time of increasing sensitivity to climate change, Apparition is an exhibition that examines our connections to the natural world. In a series of print and sculptural artworks, artist Harvey Mullen investigates natural phenomena, enquiring into the essence of landscape as a genre.

Fragility permeates his work. Ghostly sculptures of trees are reconstructed from fragments of bark. Technological waste is used to produce abstract cloudscapes. An environment is created where the weight of its presence also suggests the possibility of its absence.

As the evidence for climate change becomes increasingly apparent, with extreme heatwaves and graphic scenes of the bushfires fresh in our minds, never has it been more relevant to look at the natural world and to reflect upon our relationship towards it.

What things are made of, how they are used, and what the impact of their existence is, are profoundly important questions. This thread of material enquiry runs deeply throughout the exhibition, underscoring its environmental concerns.

Bringing the natural world inside the gallery, installations of bark float like insubstantial echoes of their former selves. Naturally shed by the giant eucalypts at Heathcote, these reconstructions are reminiscent of archaeological displays where the bones of extinct organisms are suspended in space. Their delicate structures personify the fragile nature of existence.

In contrast Ghost in the Machine, a body of experimental monoprints, provides a material counterpoint to these organic sculptures. Created using discarded televisions gathered from roadside collections, they are charged with the imprint of this multifaceted symbol of technology and contemporary life.

If you look closely, frayed edges and overlaps become evident that in printmaking would ordinarily be discounted as mistakes or registration errors. The overlapping of colours stems from subtle differences in the sizes and shapes of layers of plates originating from the same sources.

There is an authenticity to these marks that disrupts the illusory nature of surface appearances. Figuratively speaking, they are seams to unpick, deliberate clues that lead back to the underlying reality of the plates or matrices.

As articles of waste they inextricably link the work to the environmental discourse, however, deconstructing such densely packed objects allows for multiple strands of thinking. The monoprint, as a technique, is perfect for developing ideas thematically.

Given the material narrative, it is possible to draw upon the semantic associations that such a totemic object possesses. As an instrument of vision, for example, it inspires abstract investigations of light, colour, and perception.

Clouds, as natural phenomena, are the antithesis of the inert underlying technology. Cracks appear, however, in these ambiguous, analogue skies. Their resonance as climate related metaphor is heightened by the epistemological dimension of the matrix − in contemporary society, broadcast and digital news services are our primary means of information. However, the phenomenon of fake news and the clear political biases of the media, worldwide, means that these, our main sources of knowledge about the world, are suspect.

In the Republic Plato makes an analogy: chained together in a cave, we sit with our backs to the entrance, a fire also burning behind us. Our entire knowledge of the world is based on the shadows cast upon the wall in front. We have no way of knowing the difference between appearance and reality, knowledge and illusion.

Of course, in an updated version, the cave wall can be replaced with a device or television. Every night we sit in the darkness watching the flickering light... the apparitions.

What are these apparitions? The tension between appearance and reality is just one of the dualities that animate the artwork in this exhibition. Ghosts are dead things that haunt a place. Everything here has in a sense died and come back to life in some form. The televisions, for example: a digital screen that was blank, dead, has come back to life, of a sort. Analogue processes have subverted digital to take control. Technically many of the Ghosts in the Machine are actual ghost prints (in printmaking a ghost is a paler, less distinct print that results from running the matrix through the press a second timewithout re-inking).

Ghost in the Machine is an oblique reference to Cartesian dualism which is also a duality about substances − the difference between the body and the soul. A concern with what endures after death. Existential matters. Collectively, do we have a soul? When we see the deforestation, rising temperatures, the rubbish that floats in the oceans, we should be haunted. By the spectre of our actions. By the zeitgeist − which will haunt the legacy of our place in history. And finally, in a very real, physical, material sense, we will be haunted by the things we throw away. 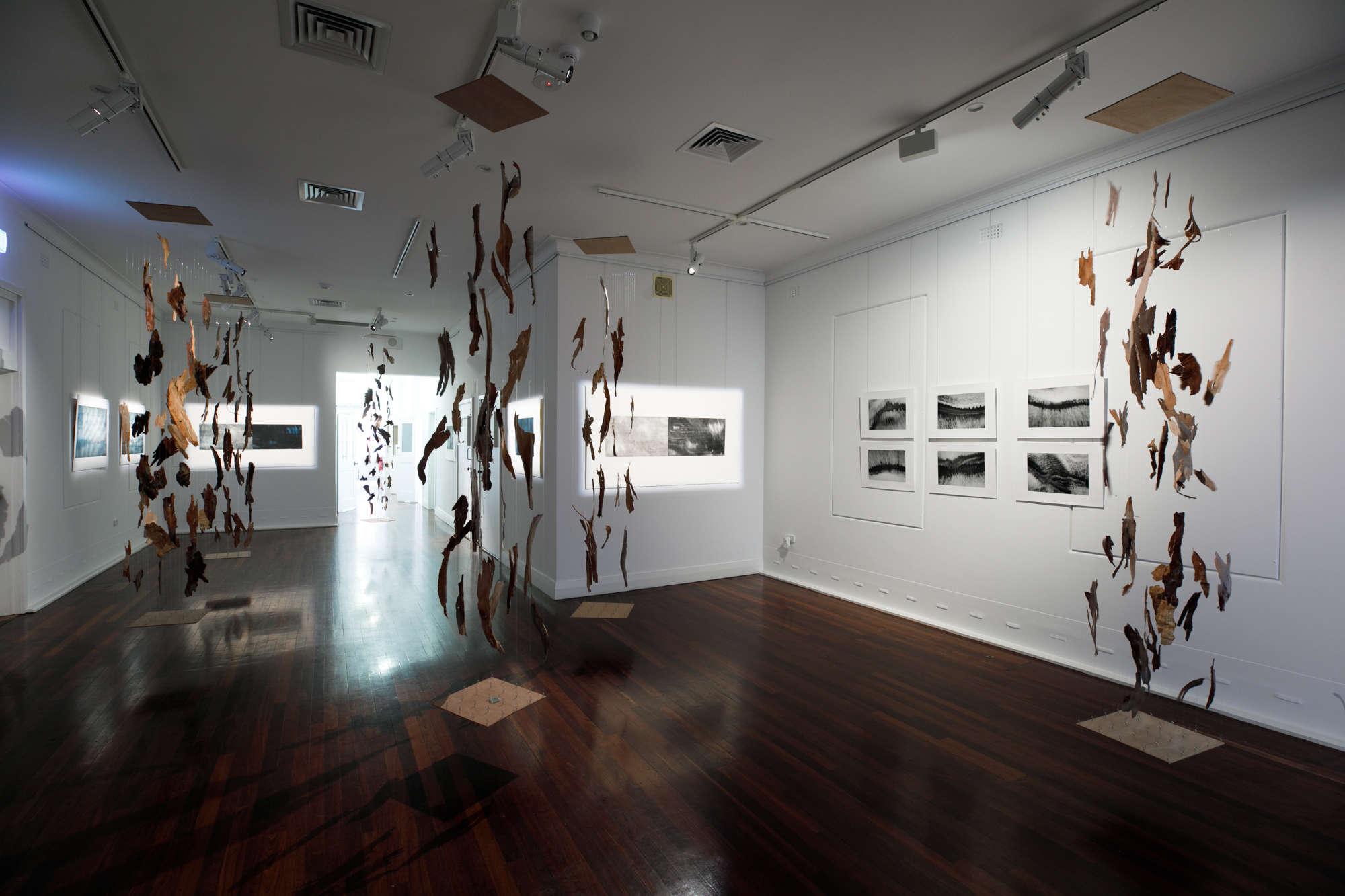 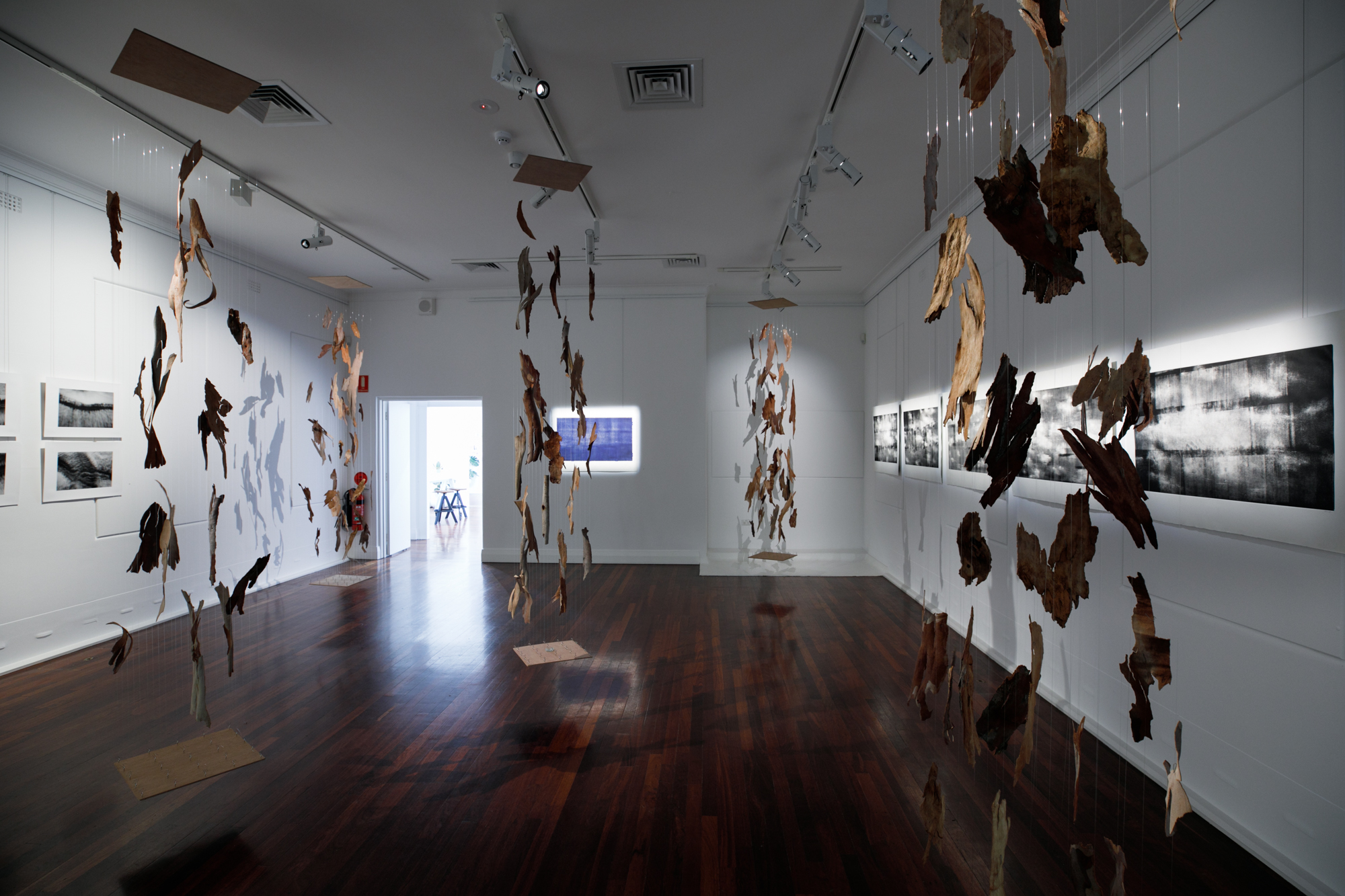 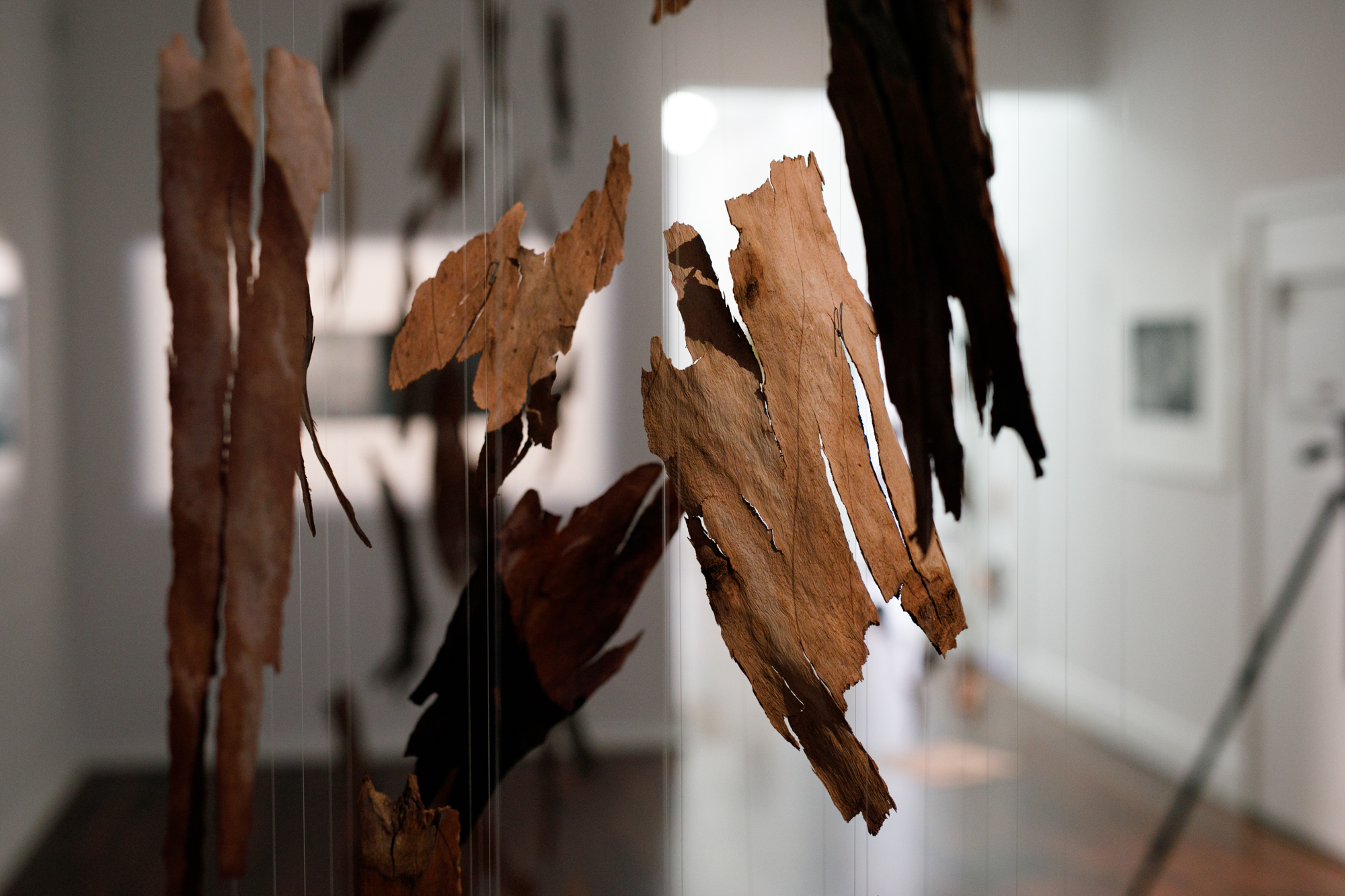 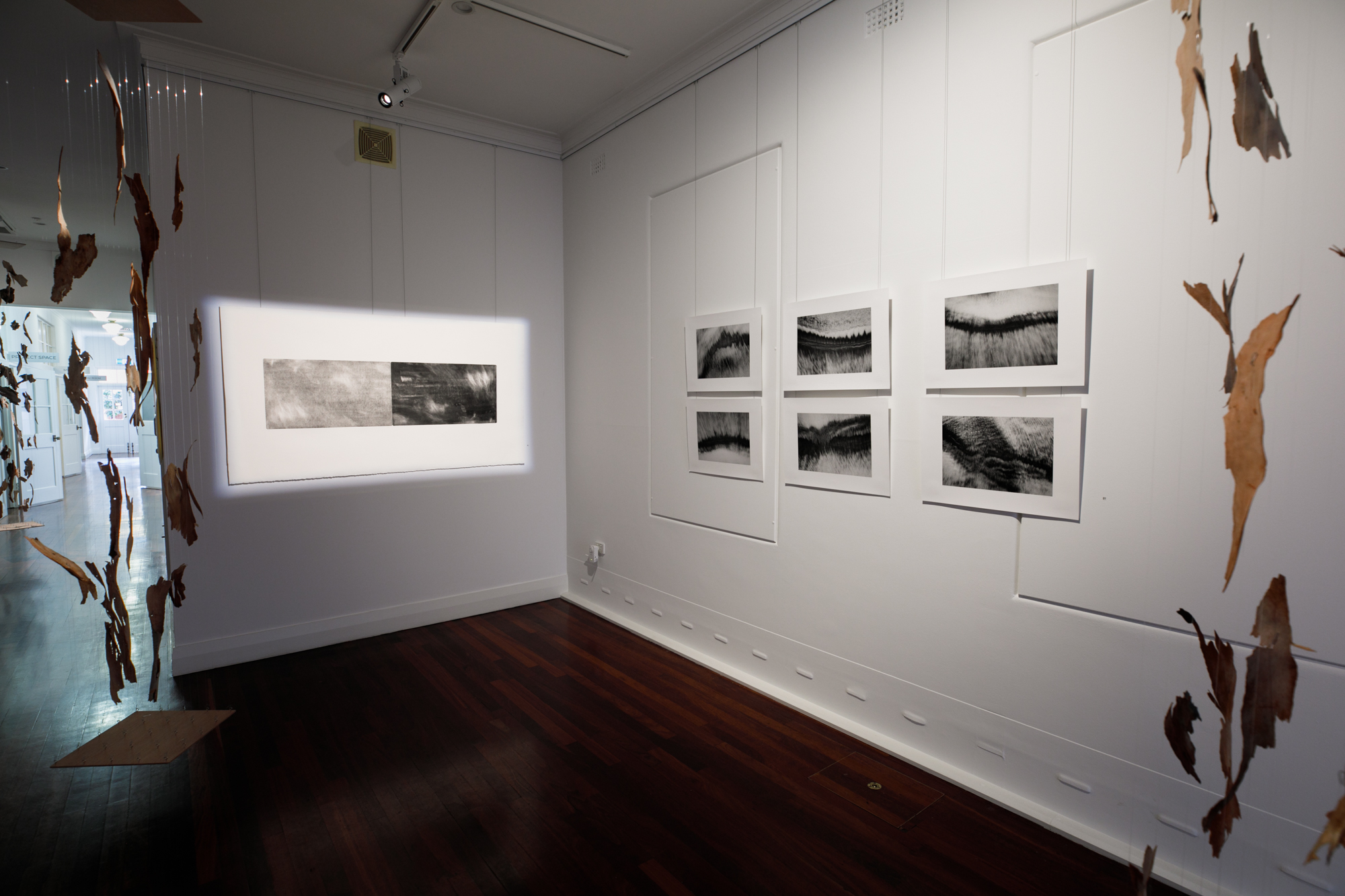 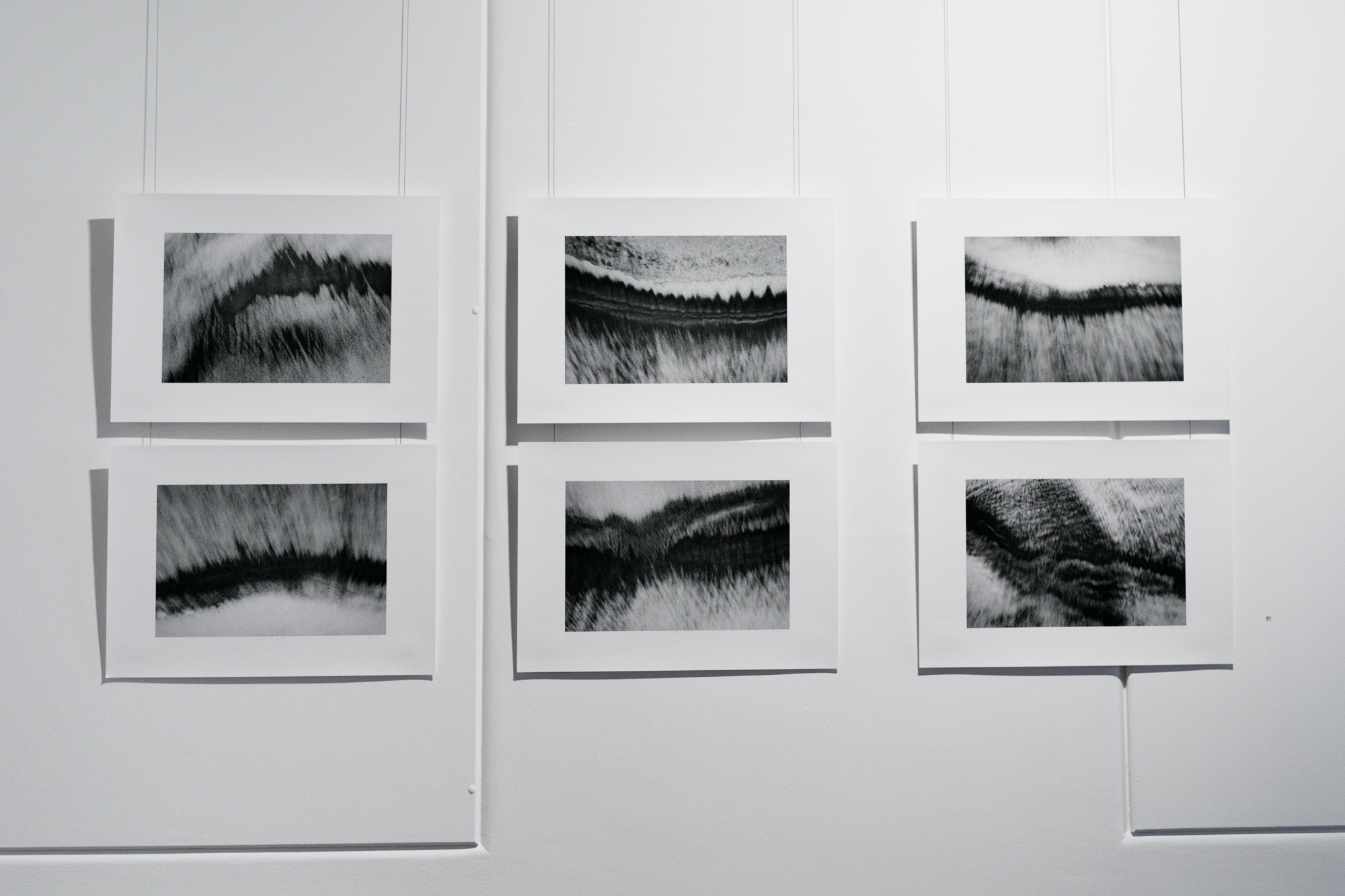 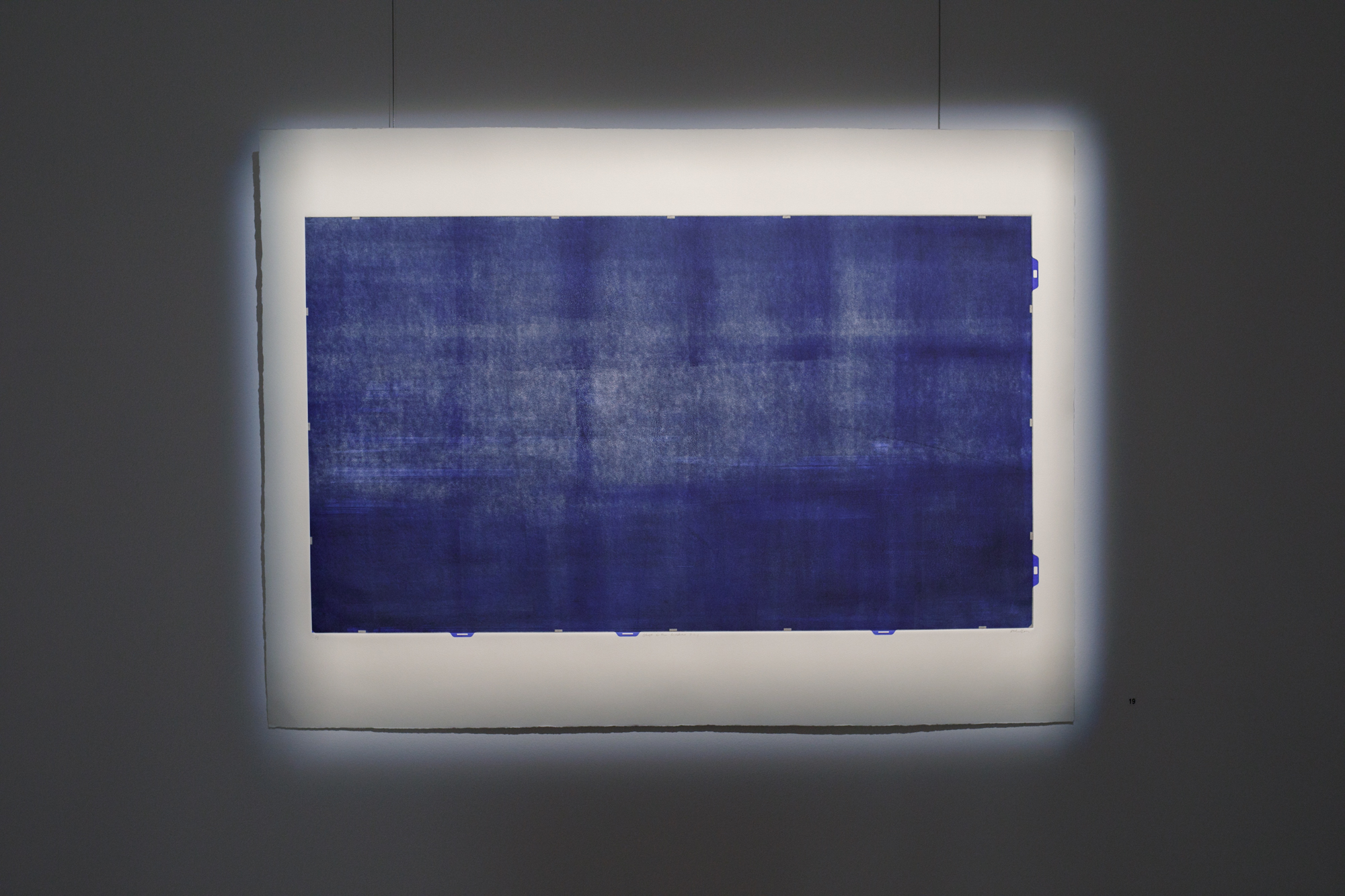 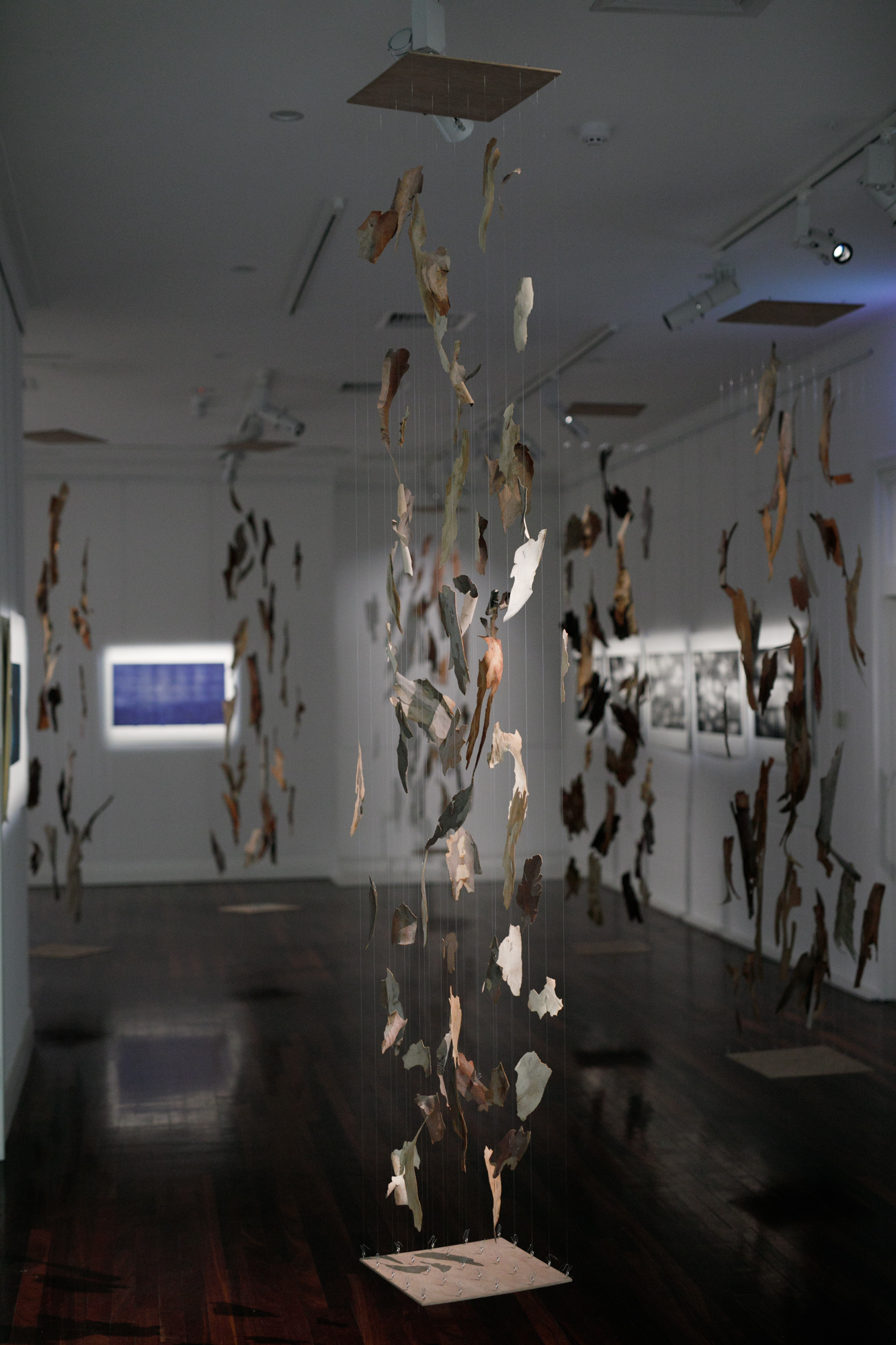 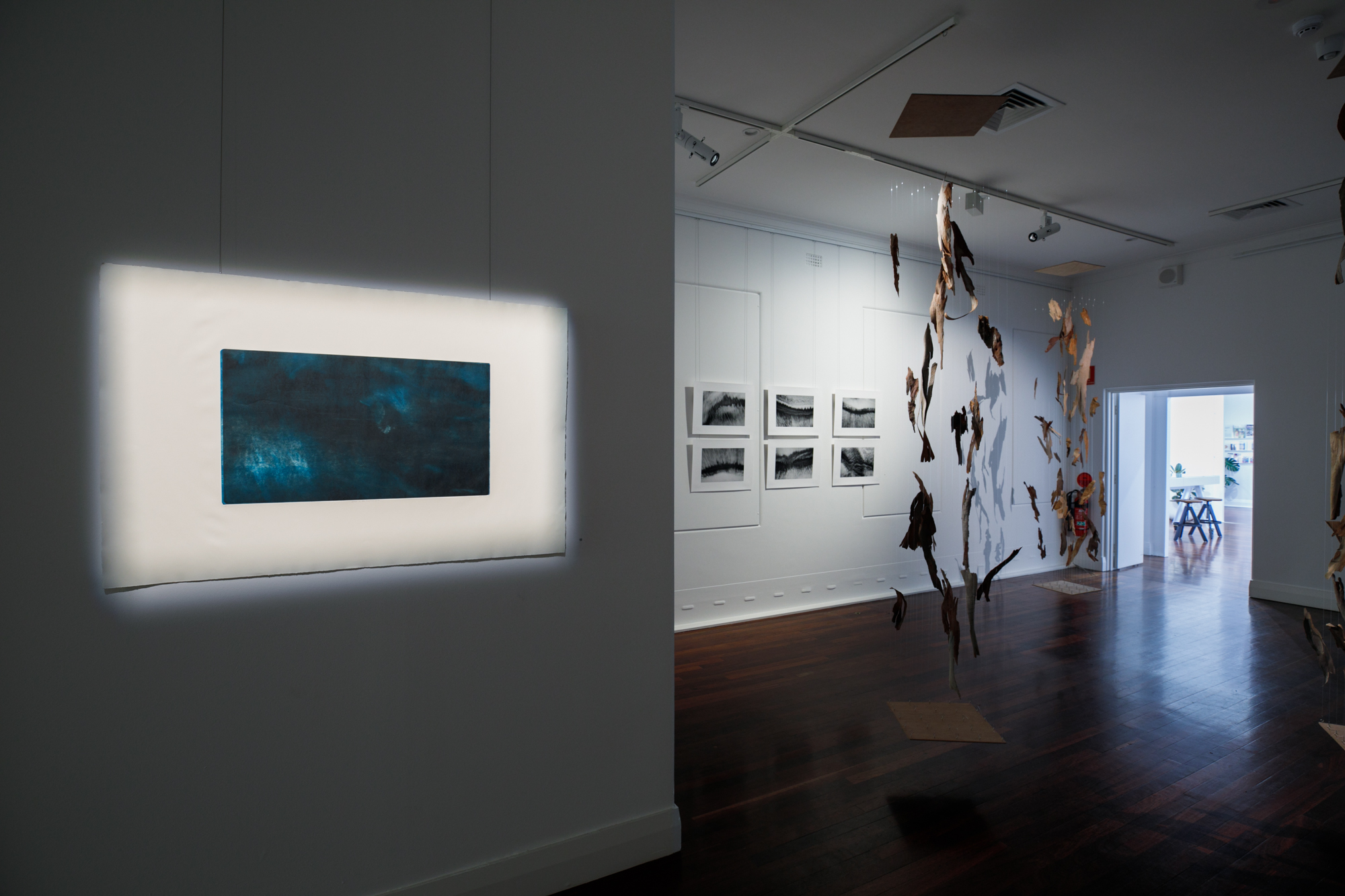 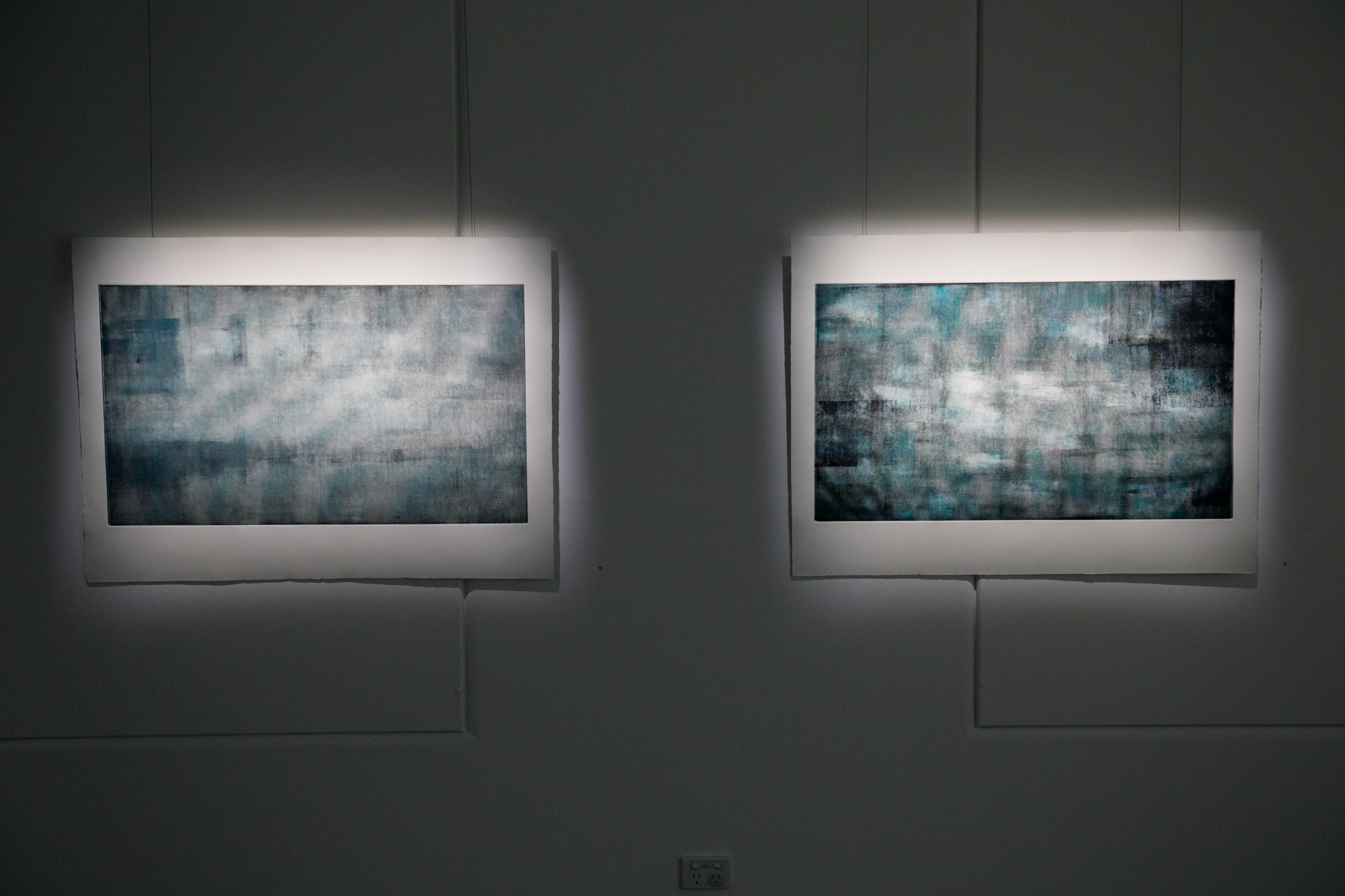 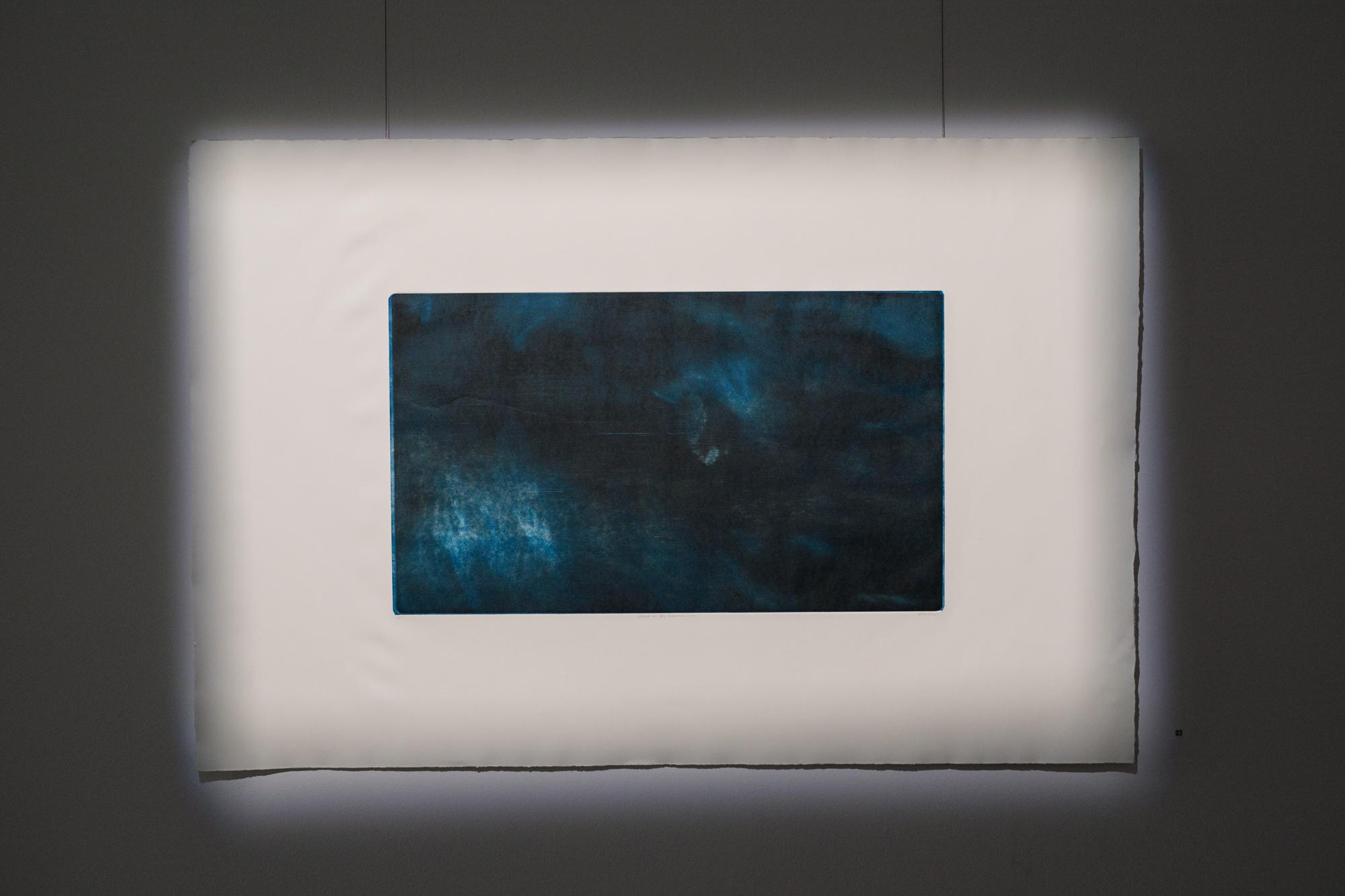 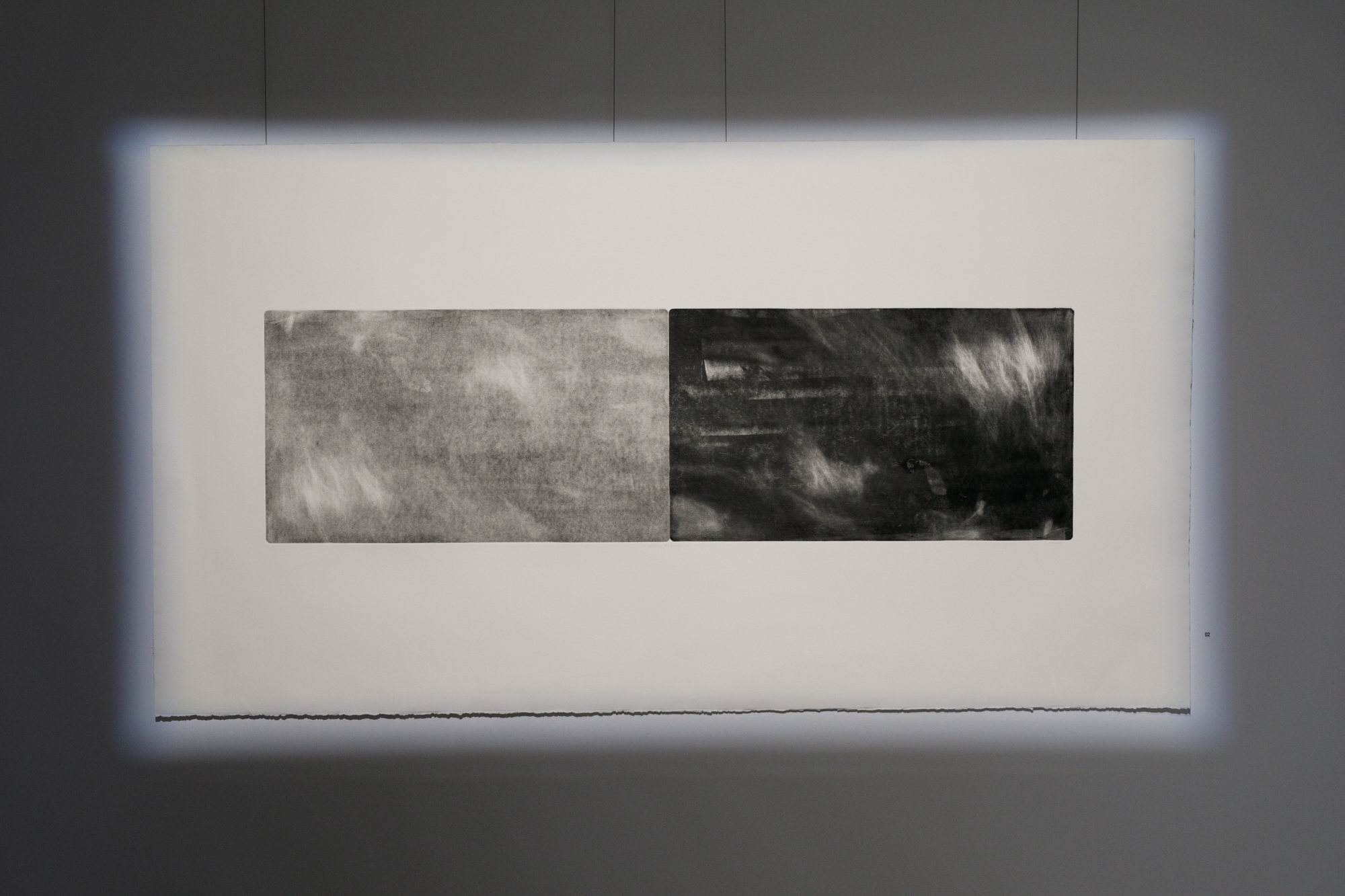 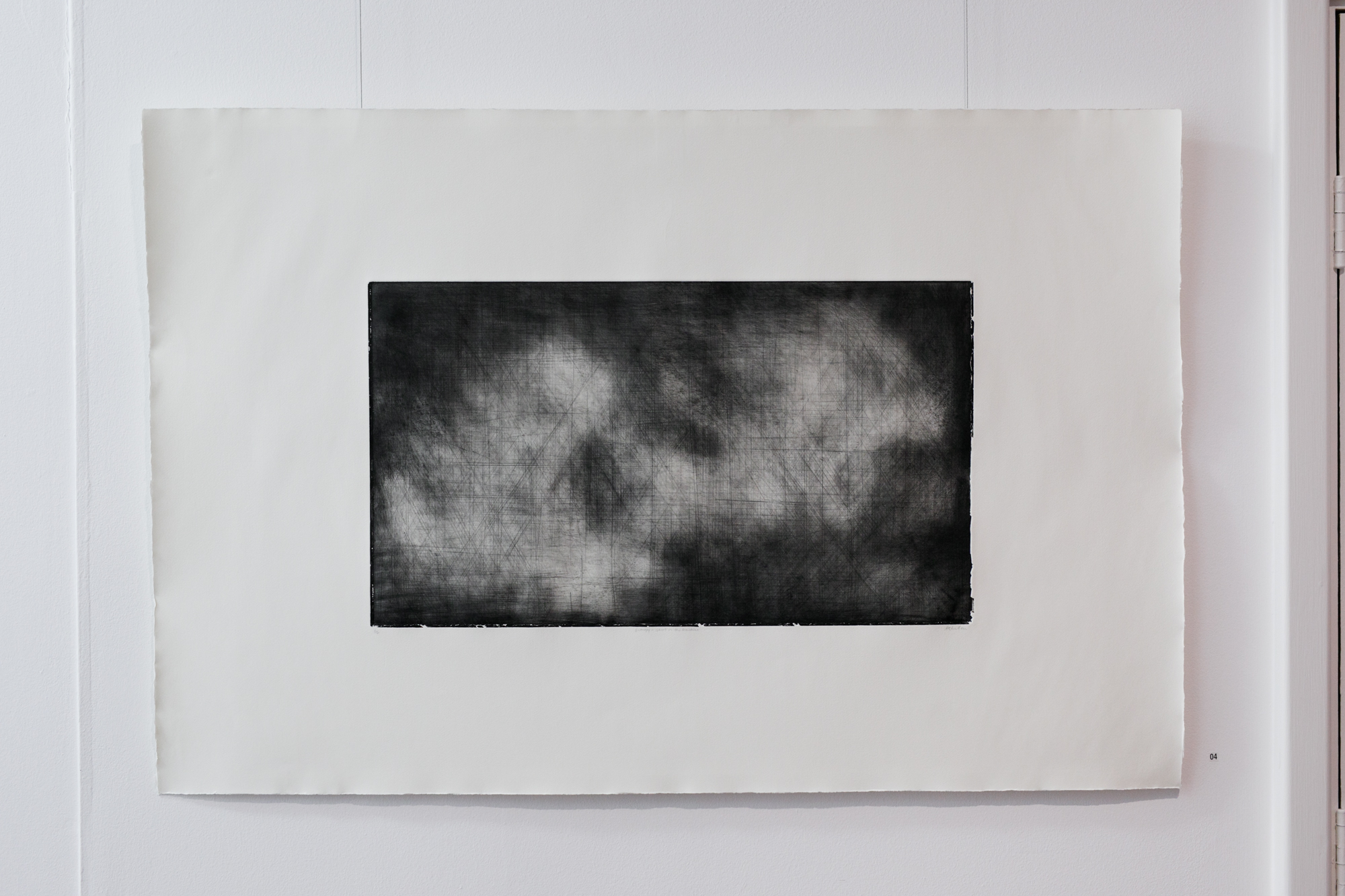 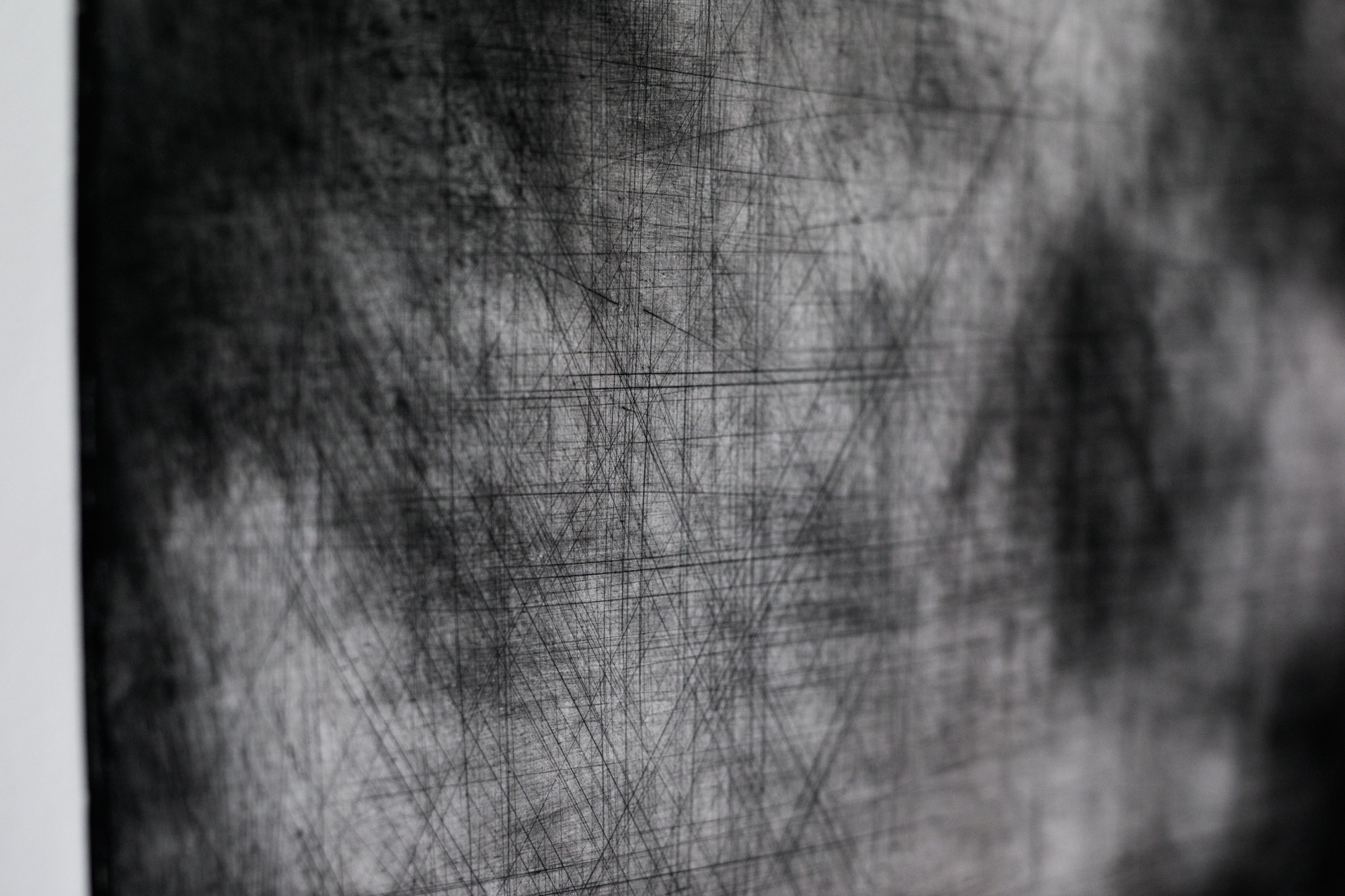 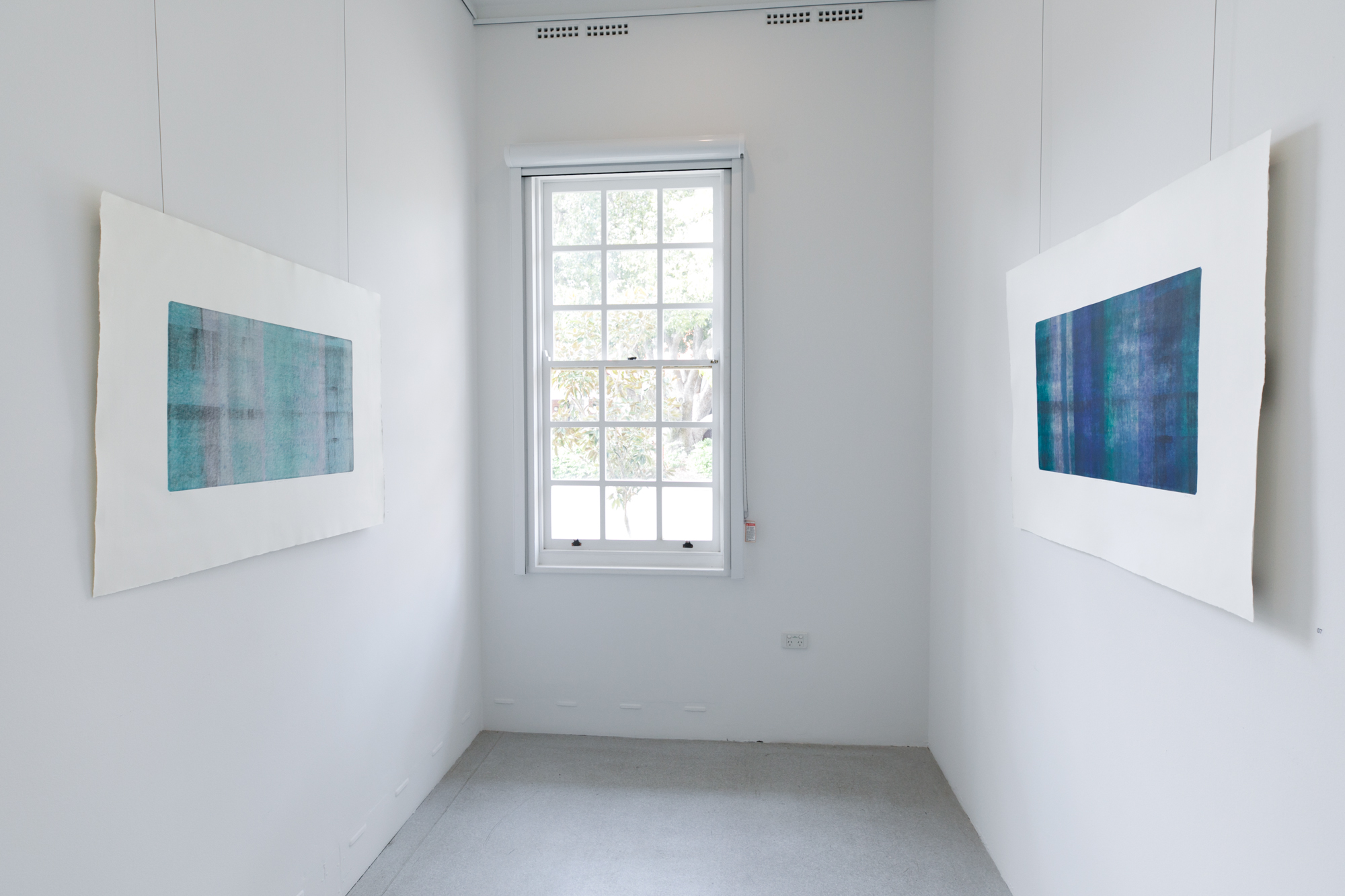 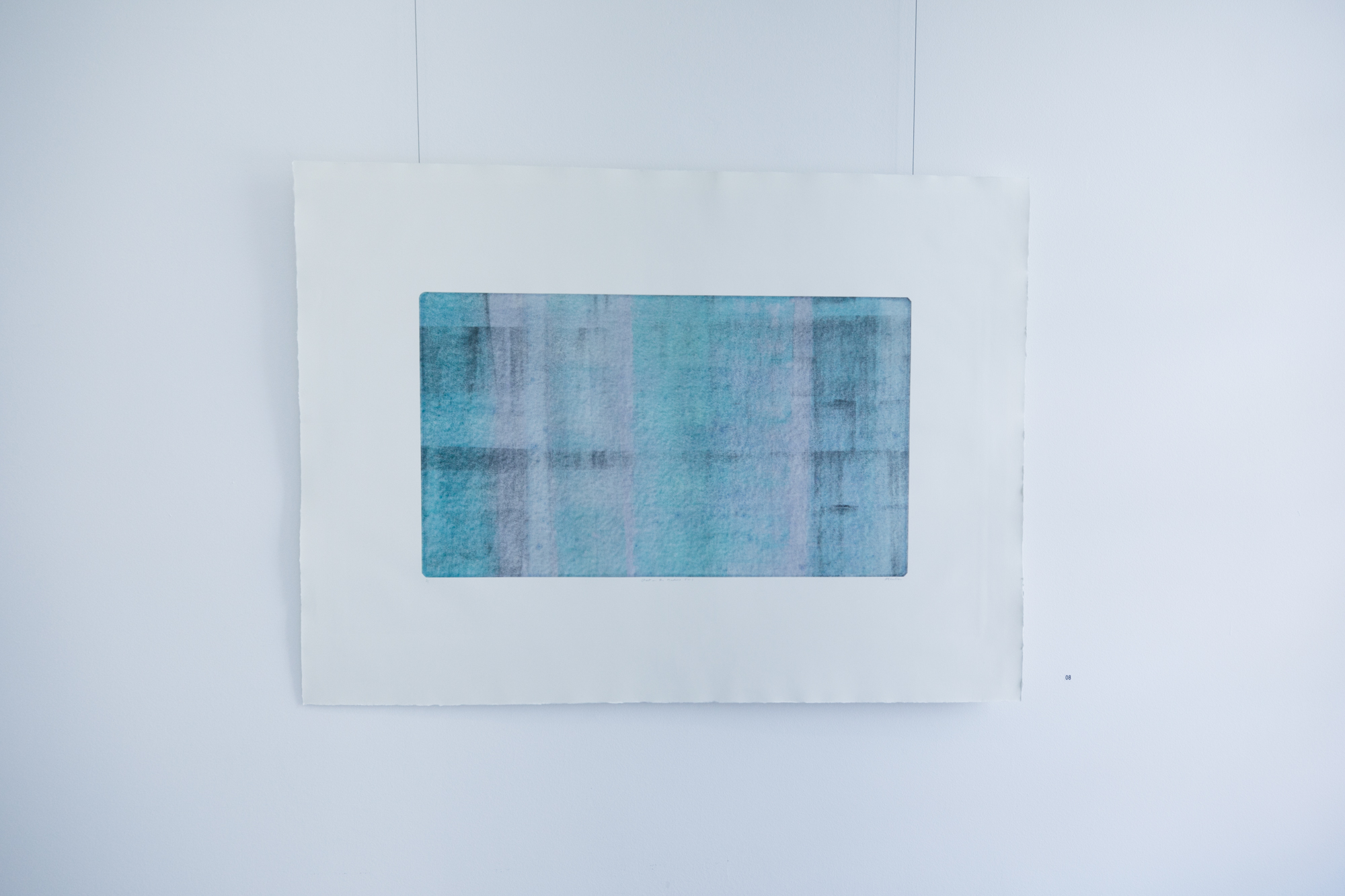 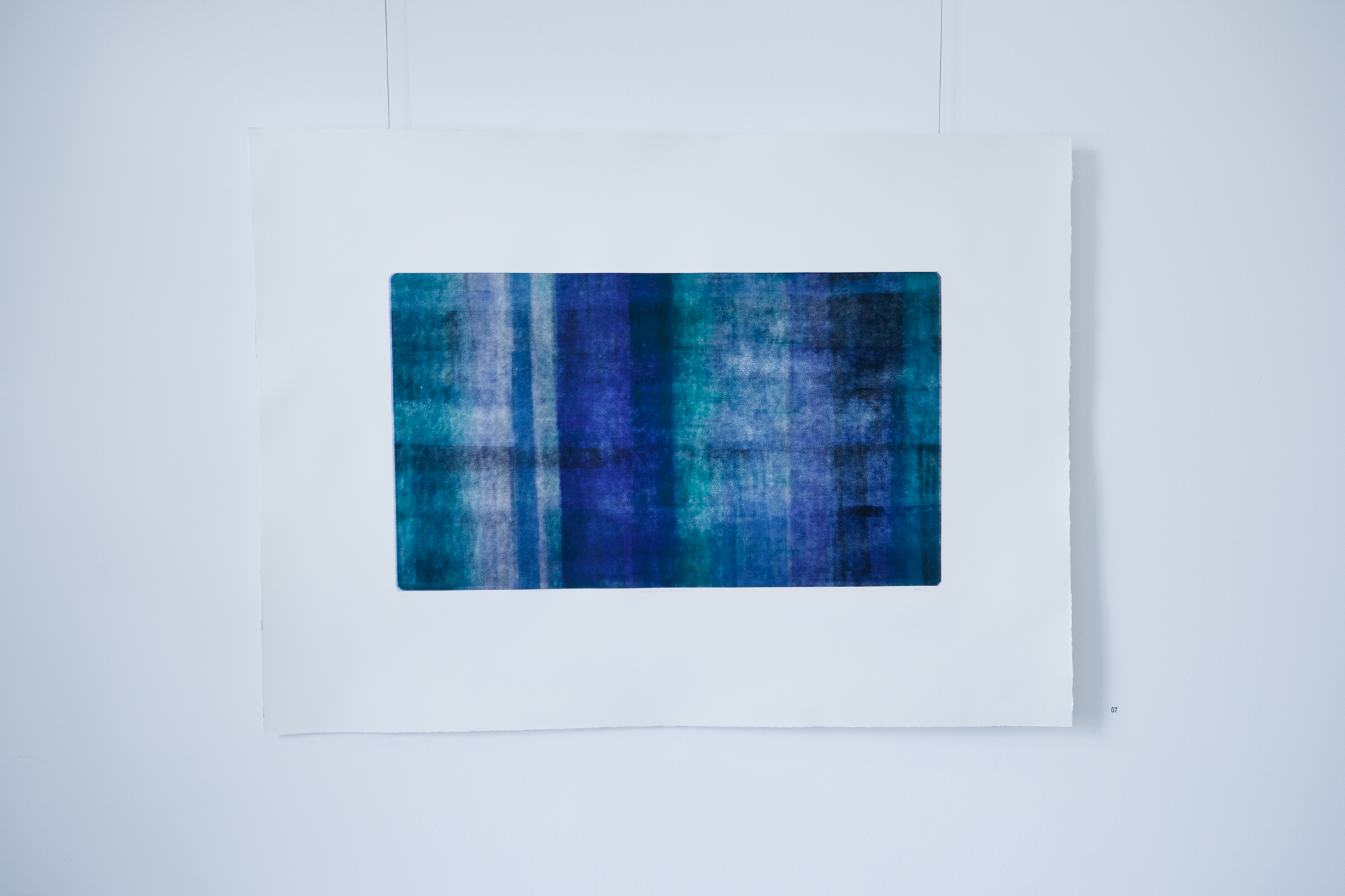 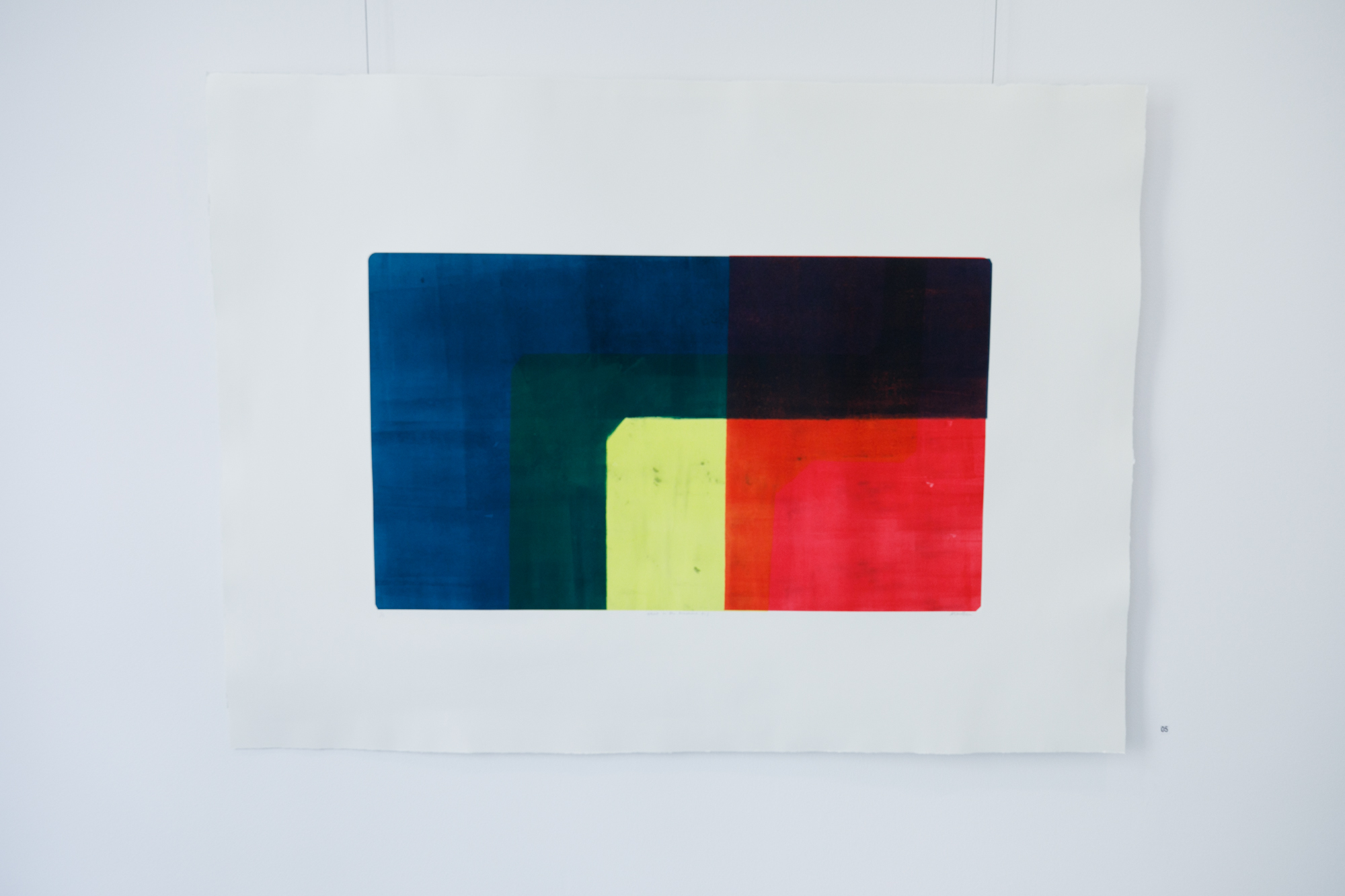