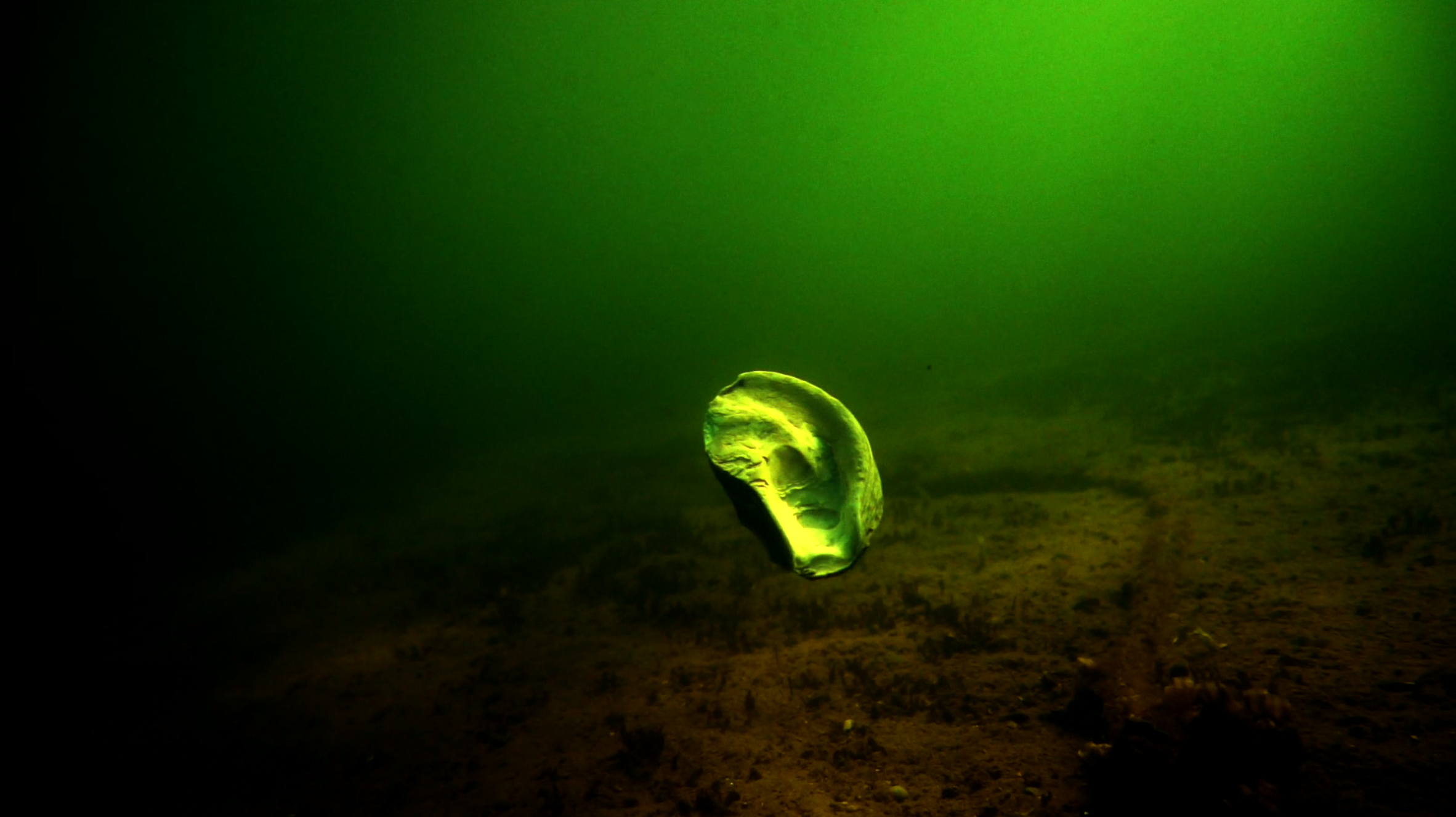 For this major new body of work, Coates delves into the often-forgotten world below the surface to explore the changing ecology of the Derbarl Yerrigan / Swan River. Informed by marine biology, historical research and her experience free-diving in the river, Coates looks at the transference of matter into and out the river. In particular, the works respond to the accumulation of heavy metals in the bones of estuarine dolphins and the removal of the oyster shell reefs, which were heavily dredged in the 20th century to as a source of lime for building materials, including Goolugatup Heathcote. Coates' work provides a dark speculation on the transformation of river ecosystems while highlighting the fecundity and resilience of life forms within this urban waterway.

Percussionist Louise Devenish and composer Stuart James have created a musical score for works in this exhibition and for a live performance in the closing week, by exploring the instrumental potential of Coates' ceramic, oyster shell and metallic sculptures.

Alluvial Gold is part of TILT, an annual residency and exhibition responding to the site of Goolugatup Heathcote.

projections. They are powerful and fragile, the stuff of floaty dreams and darkly enveloping nightmares.

Immense bodies of water are also viscerally compelling, their reflective magnificence overwhelming at

times and they are mysterious, containing hidden depths, unknown entities, frightening and fascinating

lifeforms. In reality they are a force to contend with and an imperilled ecology in need of care.

Much happens below the surface of the water that remains unseen, much that Erin Coates pays close attention to in Alluvial Gold.

Goolugatup. Like other such bodies, the Swan River is interconnected with and impacted by the land that surrounds it; the Indian

Ocean that comes in and washes it out and; the lifeforms that live within, around and upon it. For many centuries the Swan Coastal

plain, its flora and fauna were harmoniously managed by the Noongar people. Since the settlement of the Swan River Colony in 1829,

the river has been witness and subject to a breakneck pace of development. In the very short span of nearly 200 years, suburbs have

clustered about it, farms have belched fertiliser run off into it and all manner of trash, such as sewerage and discarded fishing line,

have polluted it. The riverbed has been dredged for land reclamation and the shellfish reefs have been pilfered for lime and to use as

road rubble. Natural habitats for local fauna, like its namesake, the black swan, have been destroyed, no more are the giant Banksias

and thirty-foot Zamia palms and rare now are the reed beds on the fringes essential for filtration. Even the much-loved dolphin

populations show the impact of this period on their skin, with mysterious and debilitating viral lesions.
‍

The river is a complex topic for artistic exploration and Coates literally throws her body into it, becoming intimate with its lifeforms

and changing ecologies through numerous free-diving expeditions. Coates is very familiar with the human impact on the intricate

ecologies of the river. The resulting artworks are a far throw from the more familiar artistic scenes of picturesque painterly river views,

where painters boast the mastery of their craft in plein air. This is plein eau. It is fluidly expressed across the mediums of graphite,

With an interest in the monstrous and body horror, Coates reveals the monsters of human creation and makes manifest the foreign

objects invading the river and impacting it and its native inhabitants. Colonial fears about the unknown are realised in uncanny and

swim in the depths and river plant life hybridises with human and animal life. The bodies created fall outside of conventional

boundaries, they are transformed, mutated and re-materialised entities. They are creatures of the Anthropocene. Coates reminds us

that it is us, humans, that have created this new breed of monsters and suggests that it is indeed us who are the real monsters.
‍

Collaboration is often a key part of Coates’ practice, and in this project a non-discipline-dominant approach was taken to collaboration

with percussionist Louise Devenish and composer Stuart James. The sculptural pieces of ceramic, oystershell and bronze, were

developed with both visuality and instrumentality in mind. In addition to featuring in the exhibition, these instrumental sculptures are

sounded in combination with vibraphone and electronics to create a musical score for Alluvial Gold. This was developed both for the

video work and the 45-minute performance work for solo percussion by Devenish and James. The oyster shell chainmaille and the

water, creating a substrate and a habitat for native animals and plants.
‍

Through the monstrous, surreal and grotesque, it becomes palpable that in Alluvial Gold the Swan River is so deeply interconnected

with whatever is within, above and upon it. As Coates’ hybridisation of different species makes evident, we cannot separate ourselves

from the rest of the world, we are not independent but utterly reliant and have an impact on our environment, the plants, gasses and

creatures within it. There’s an undeniable transference of matter between the things of the Earth and Coates makes this manifest in a 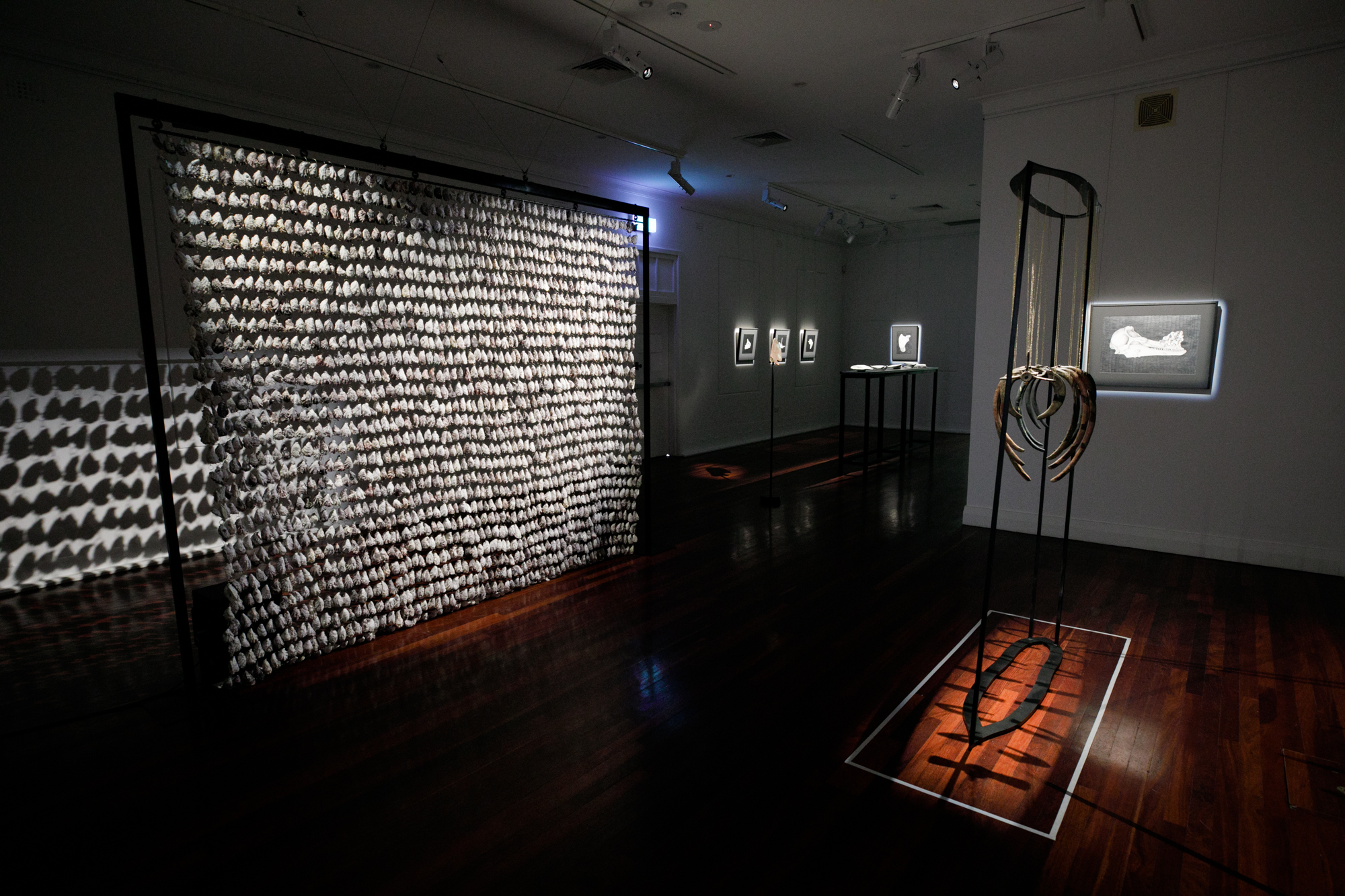 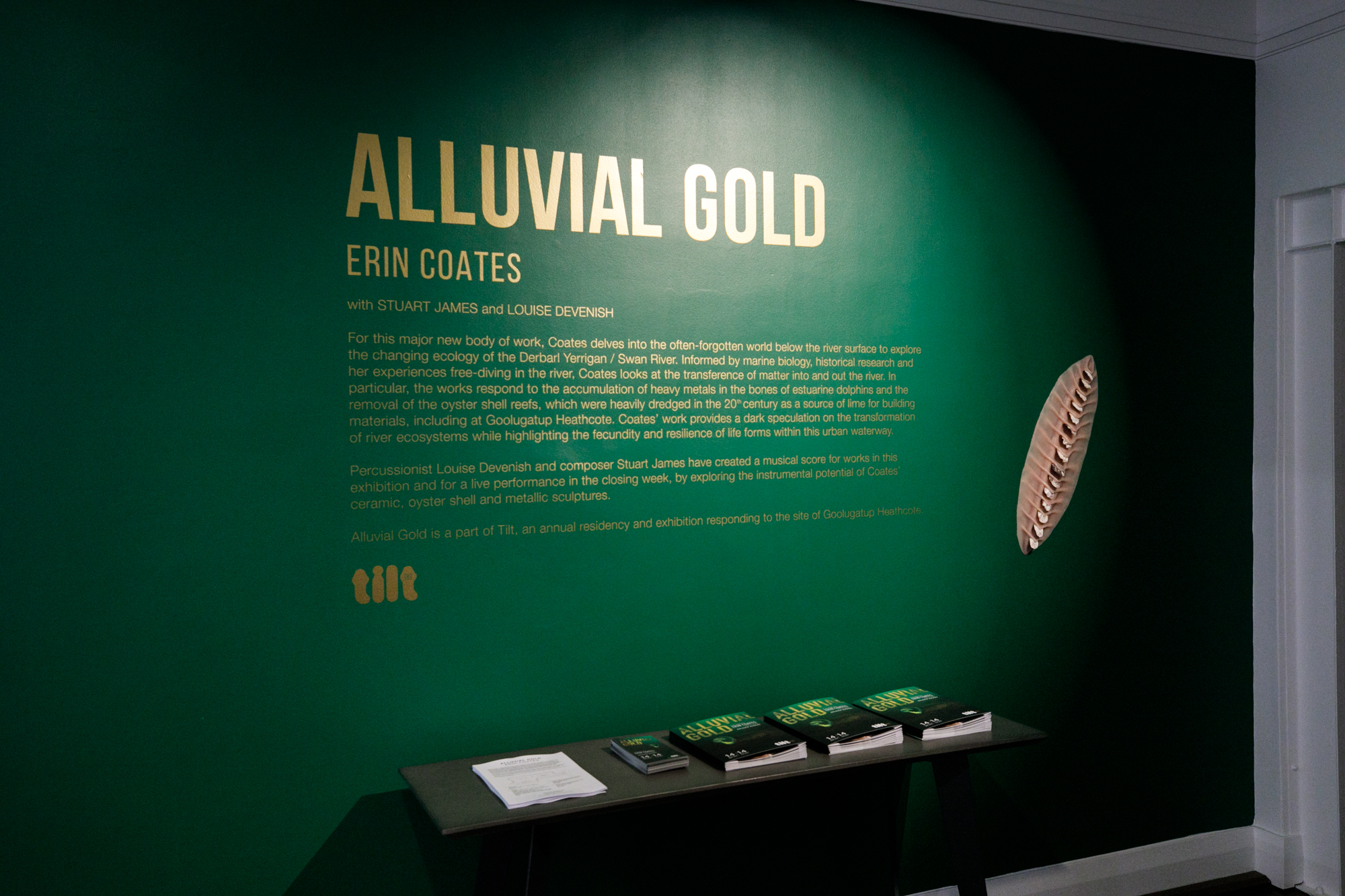 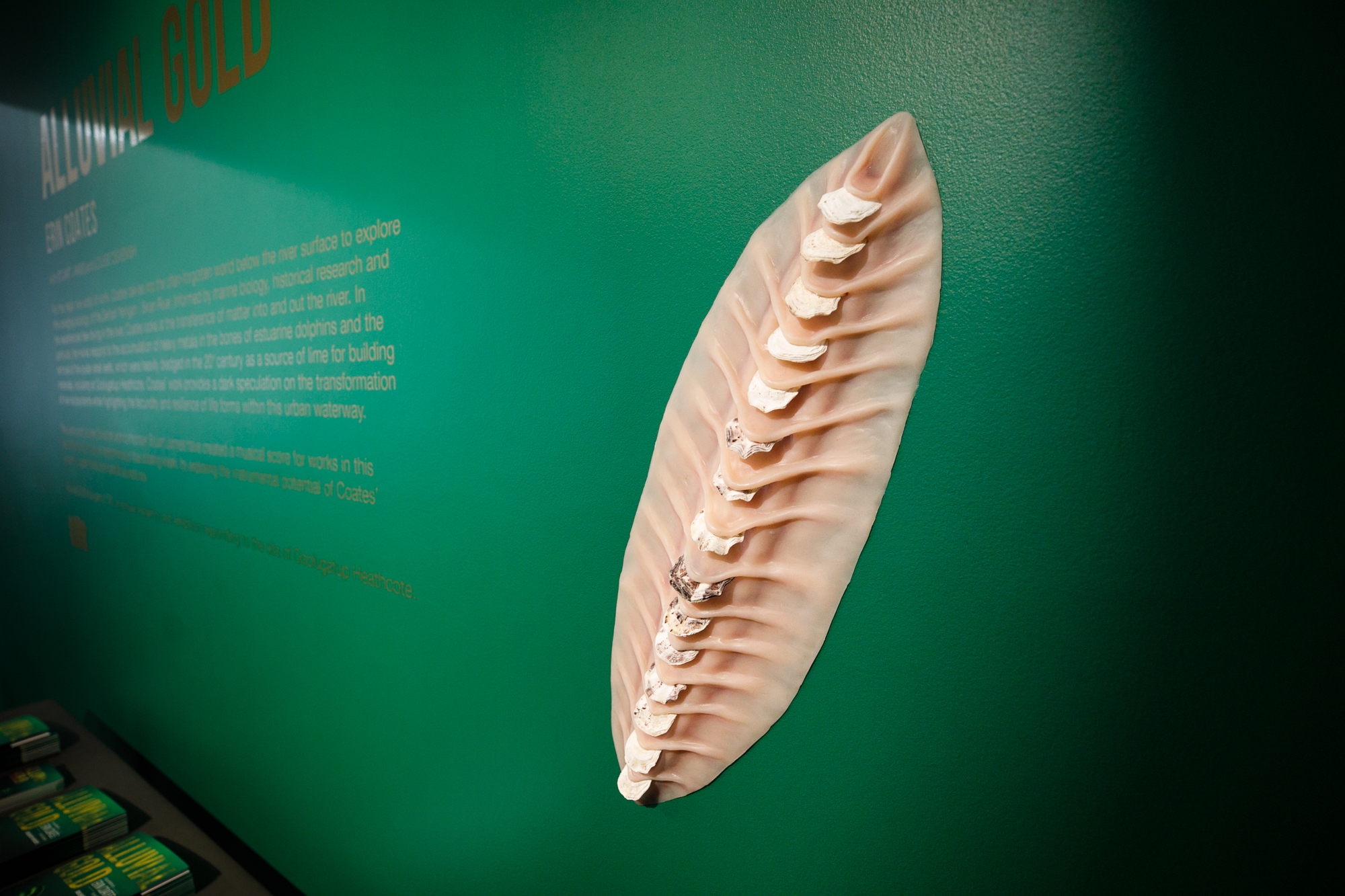 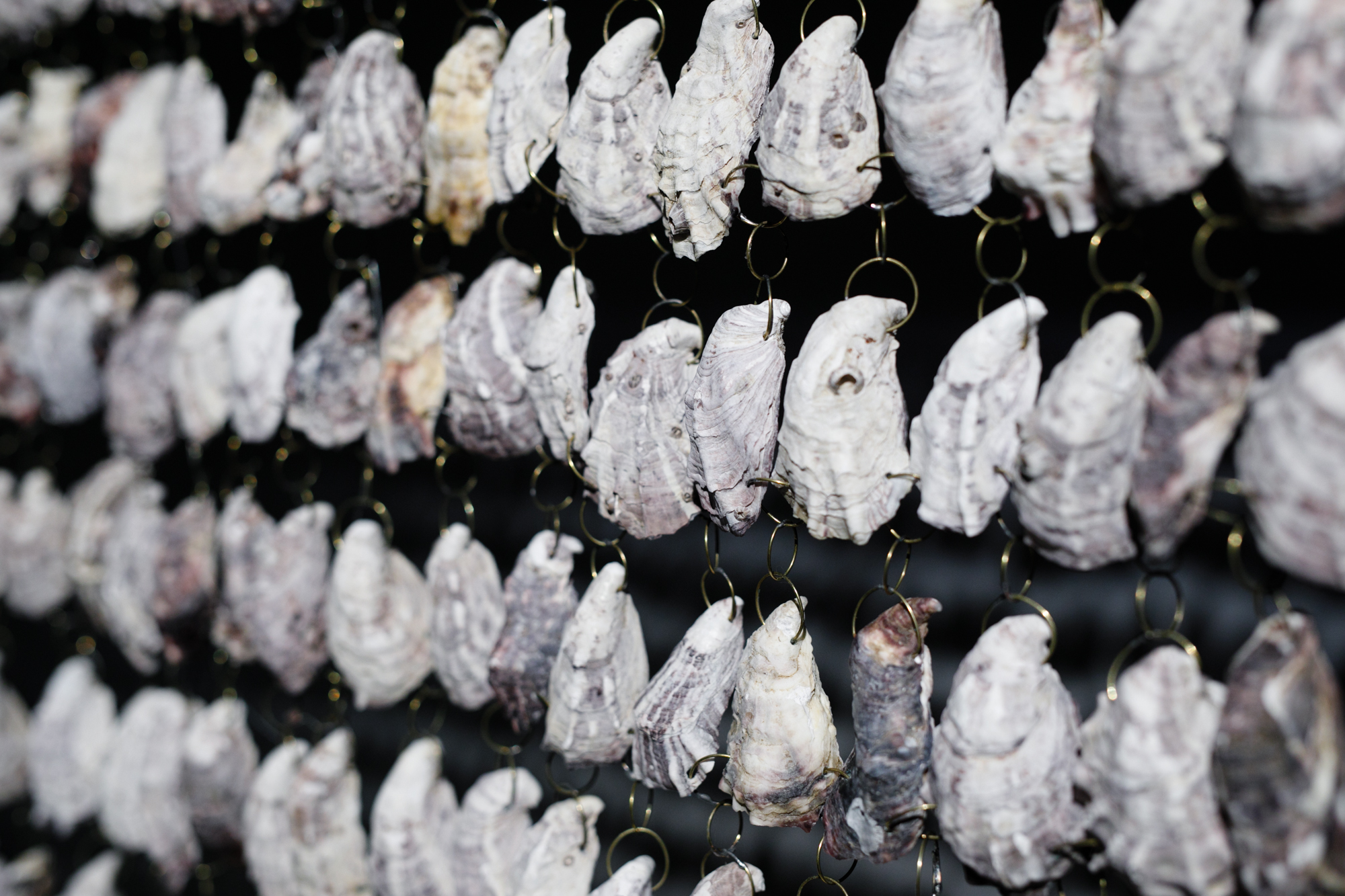 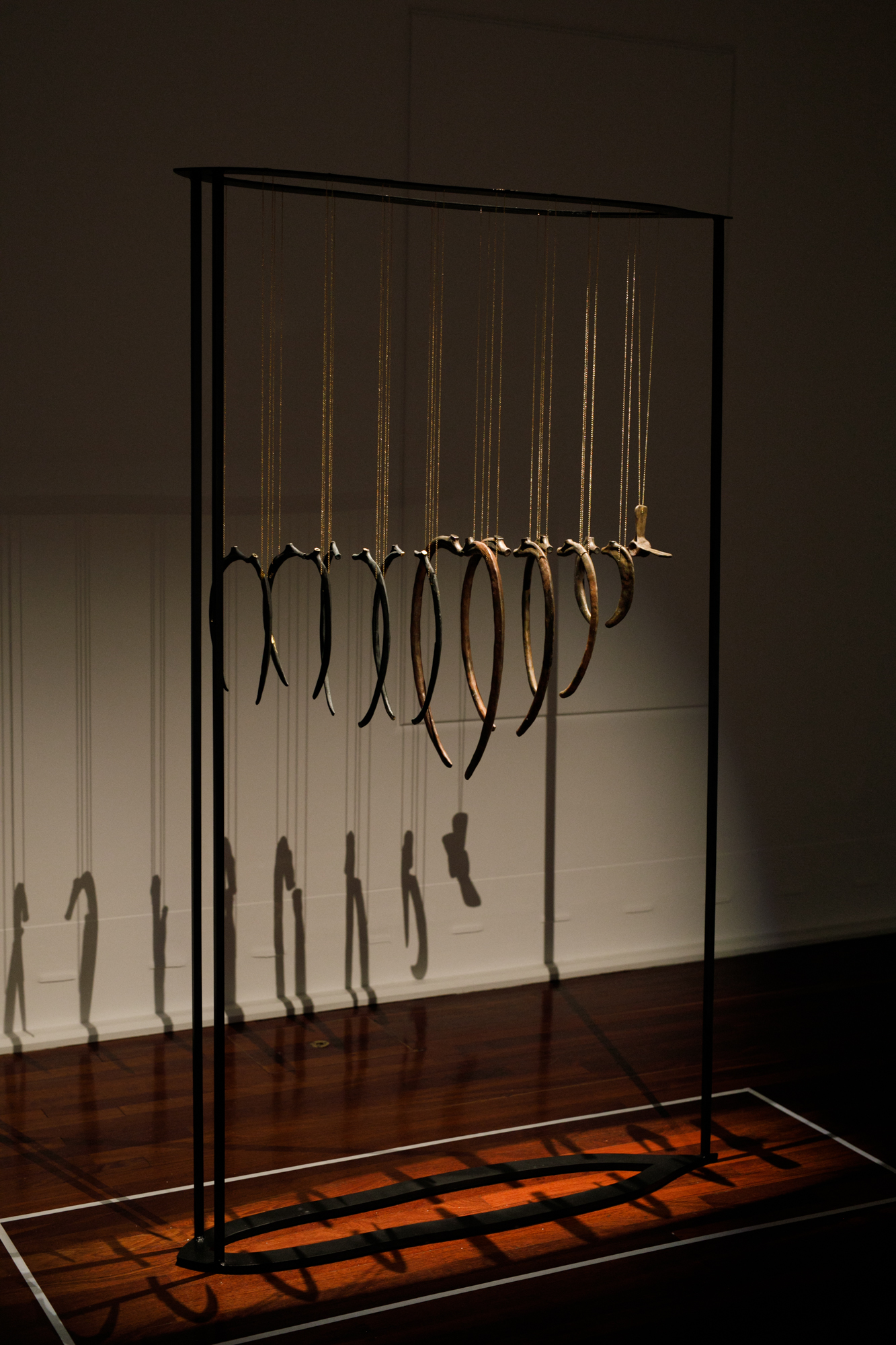 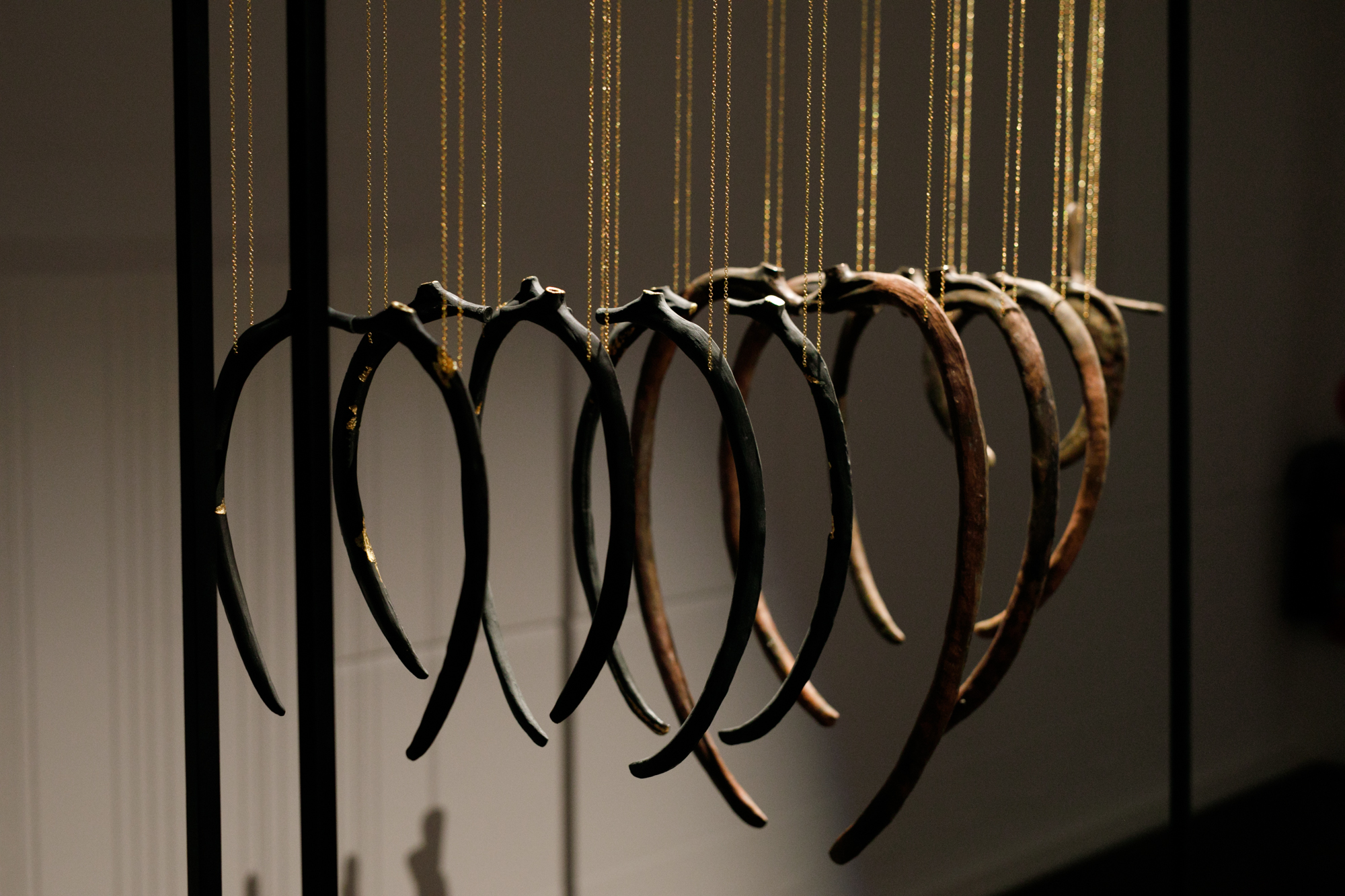 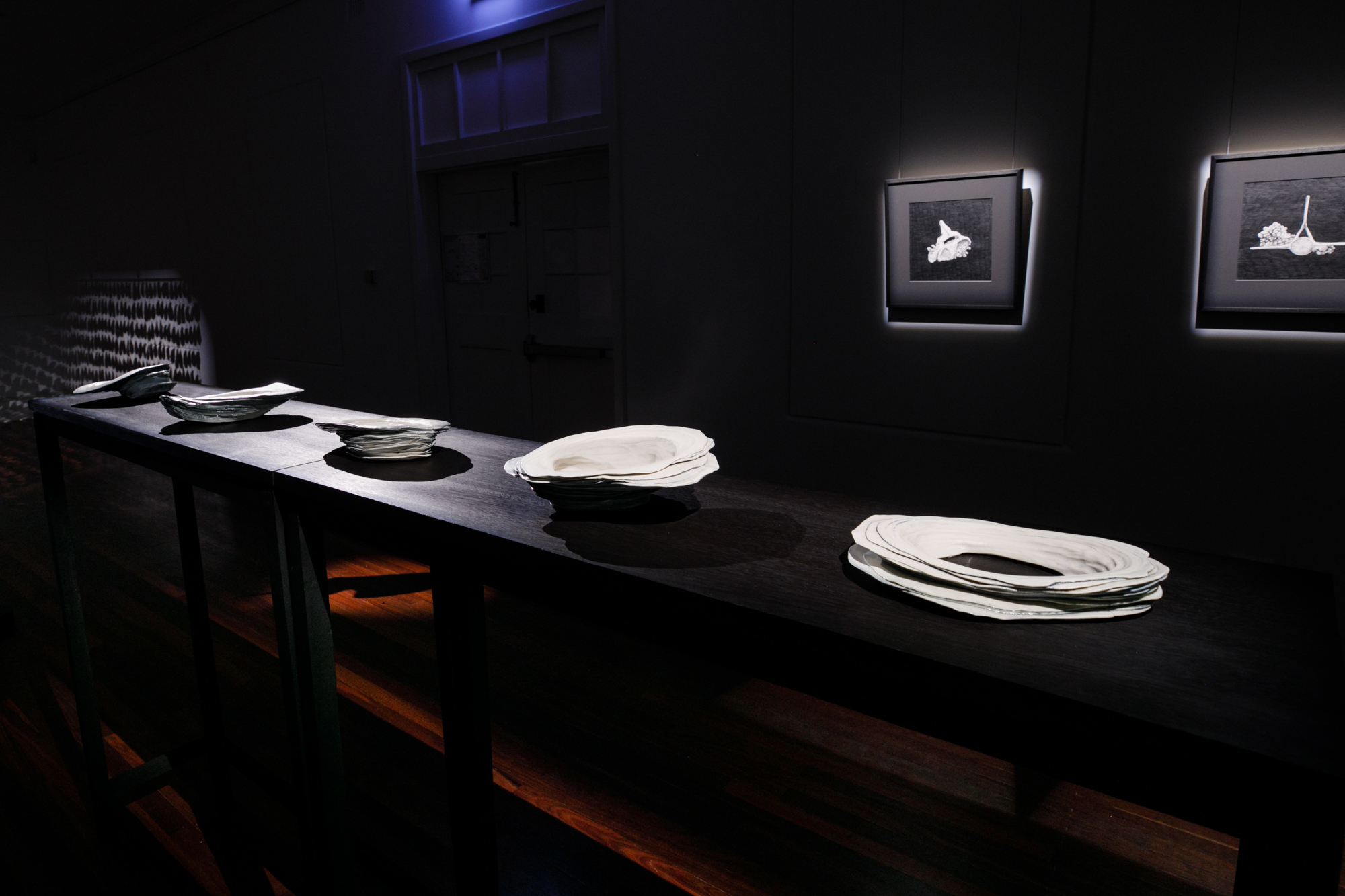 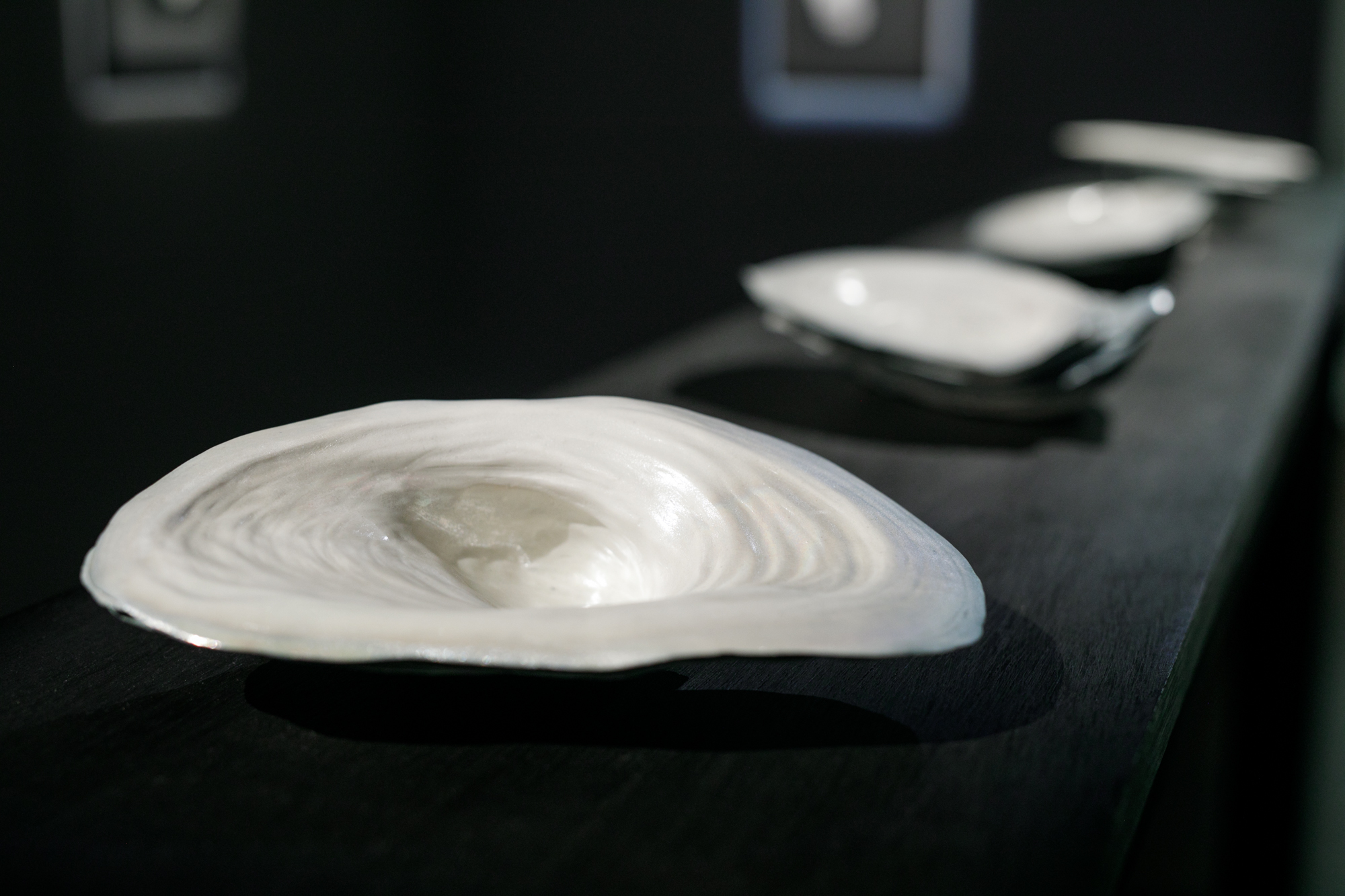 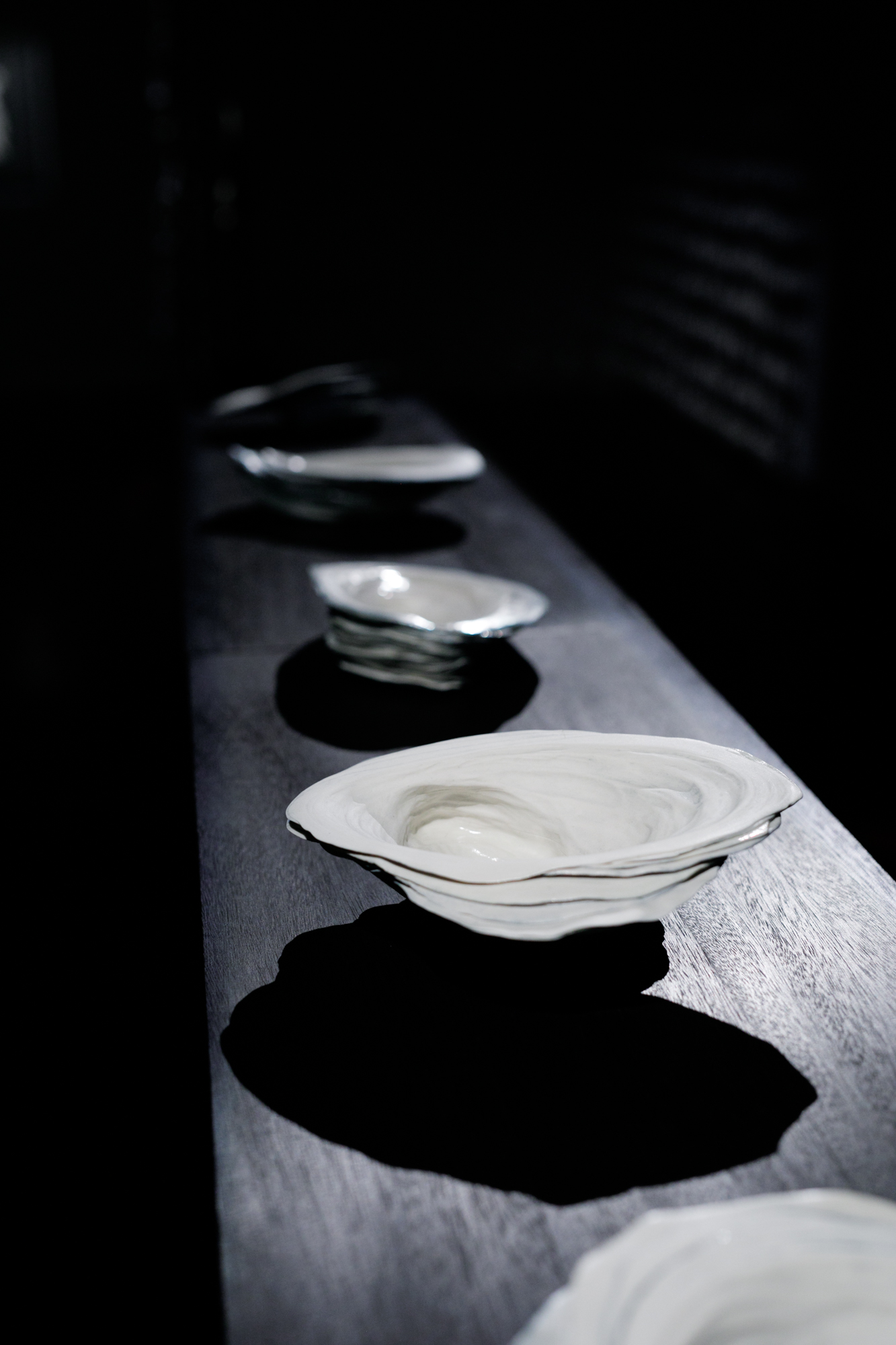 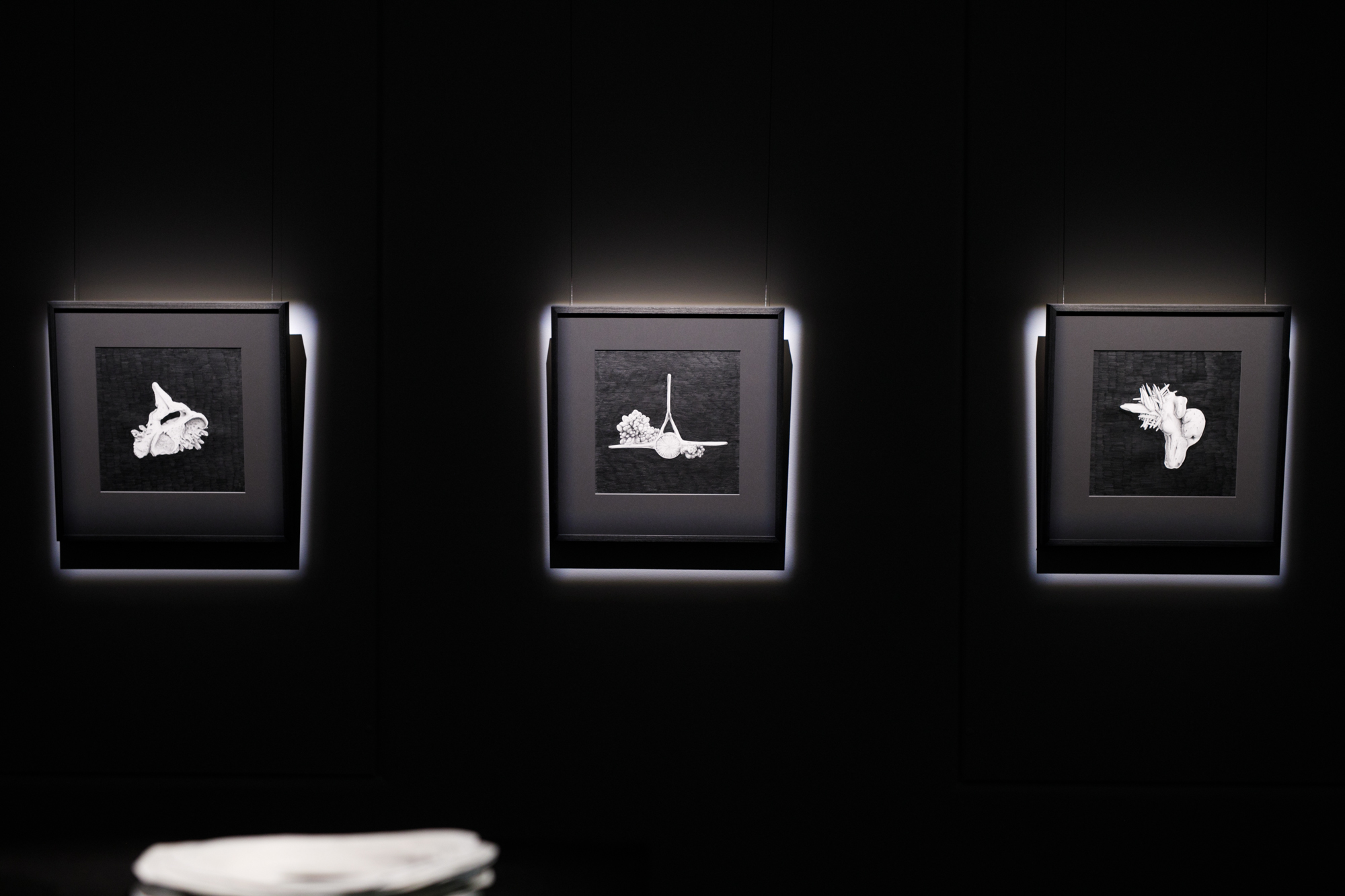 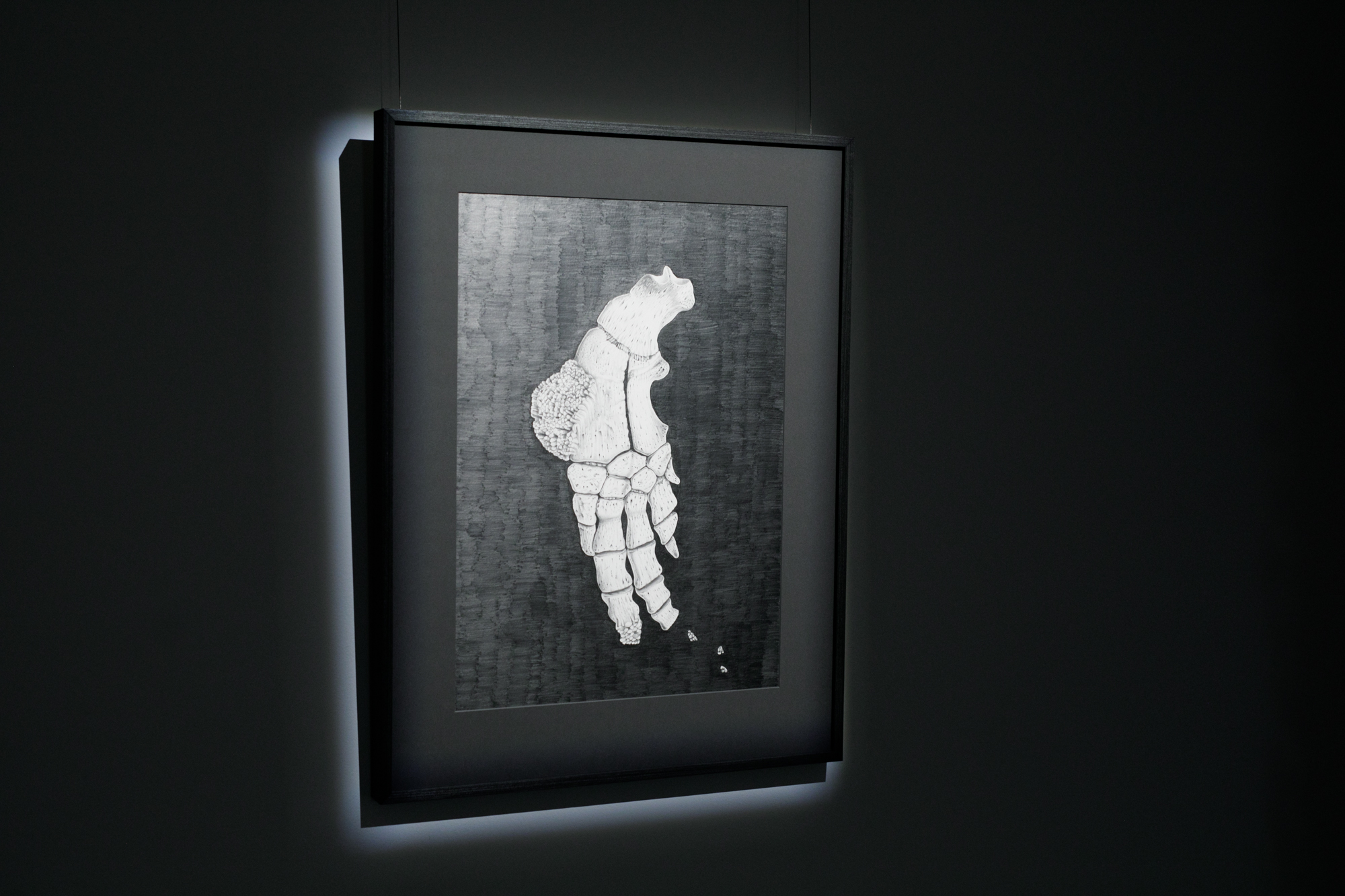 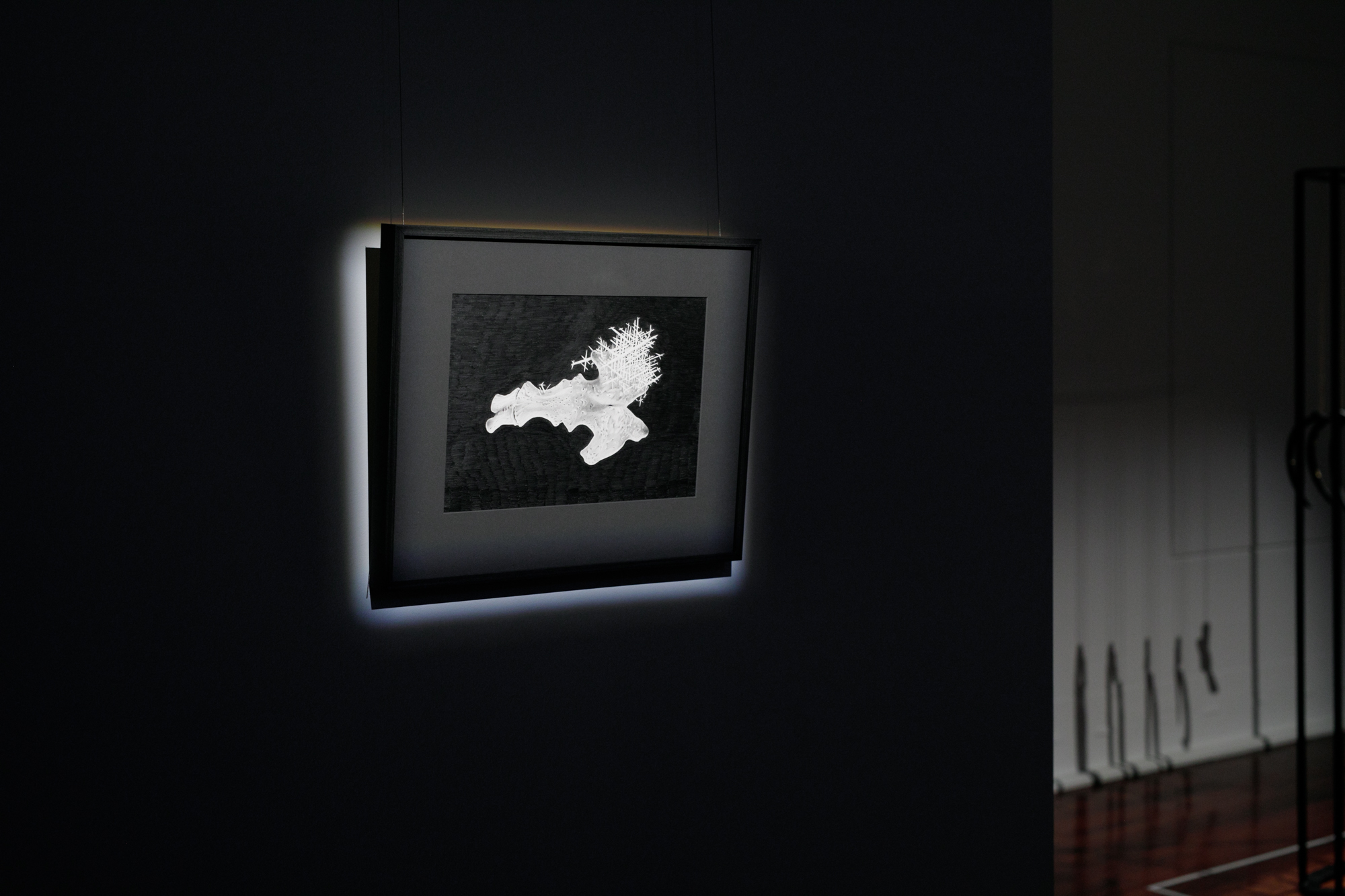 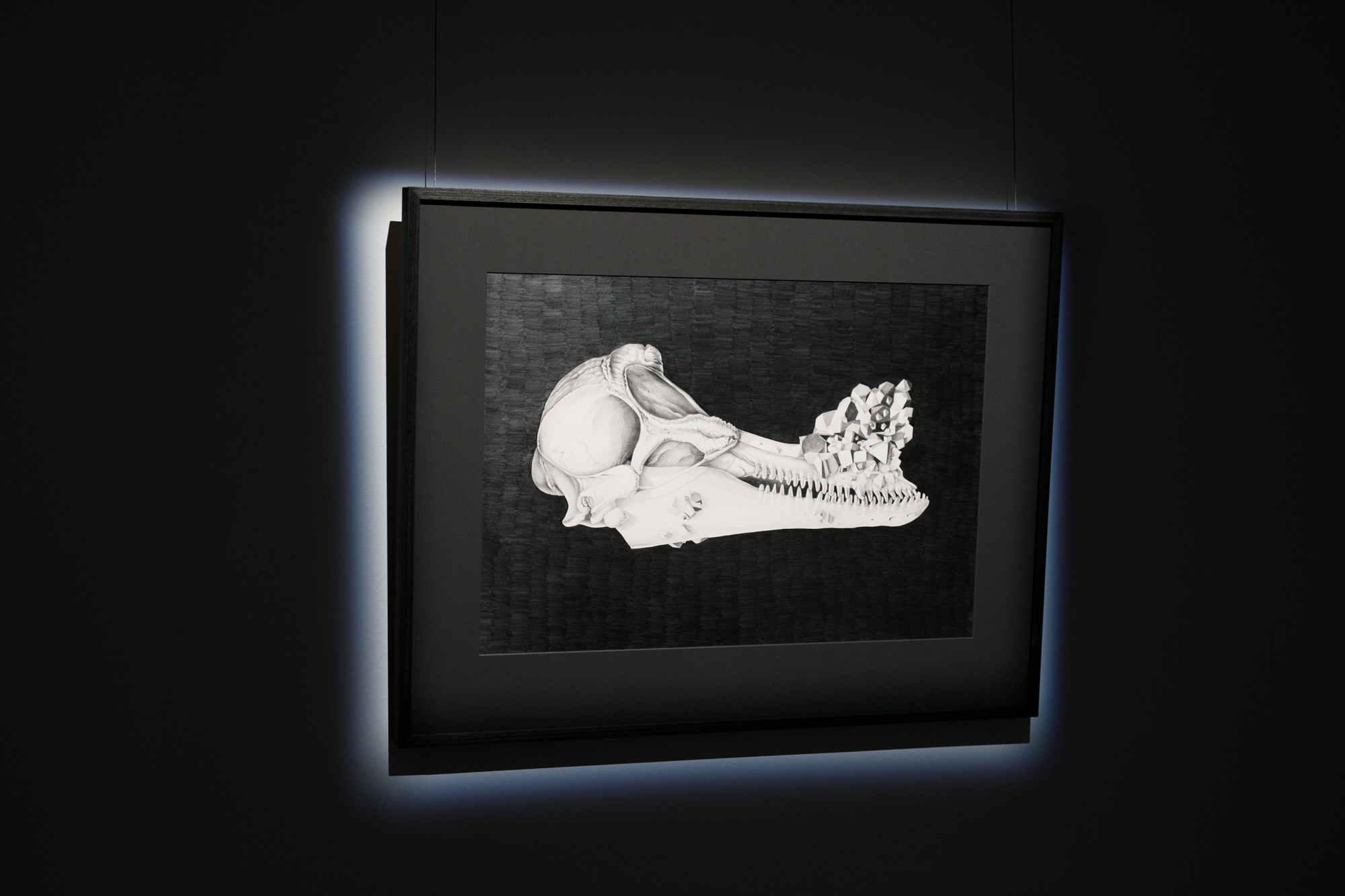 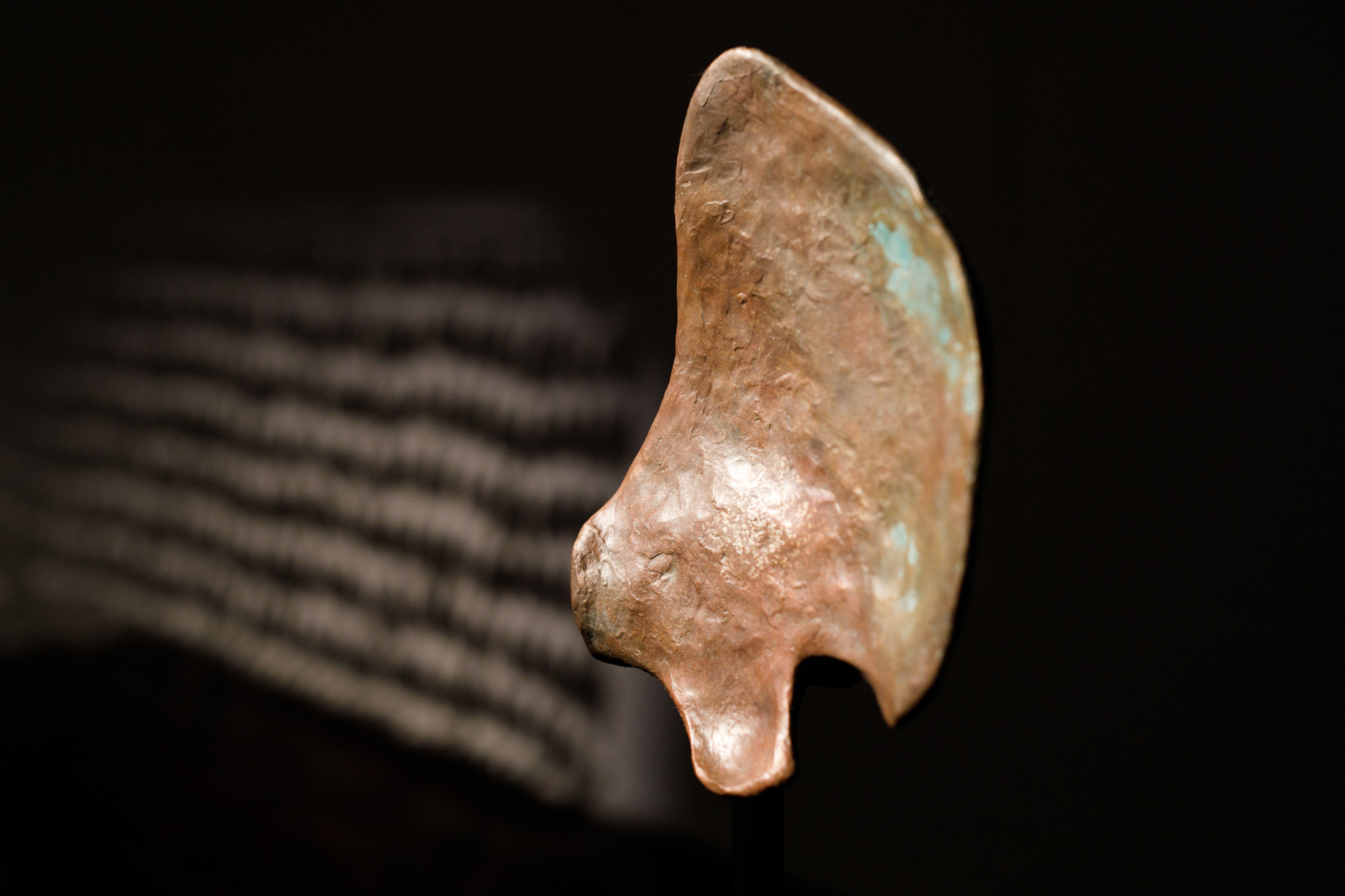 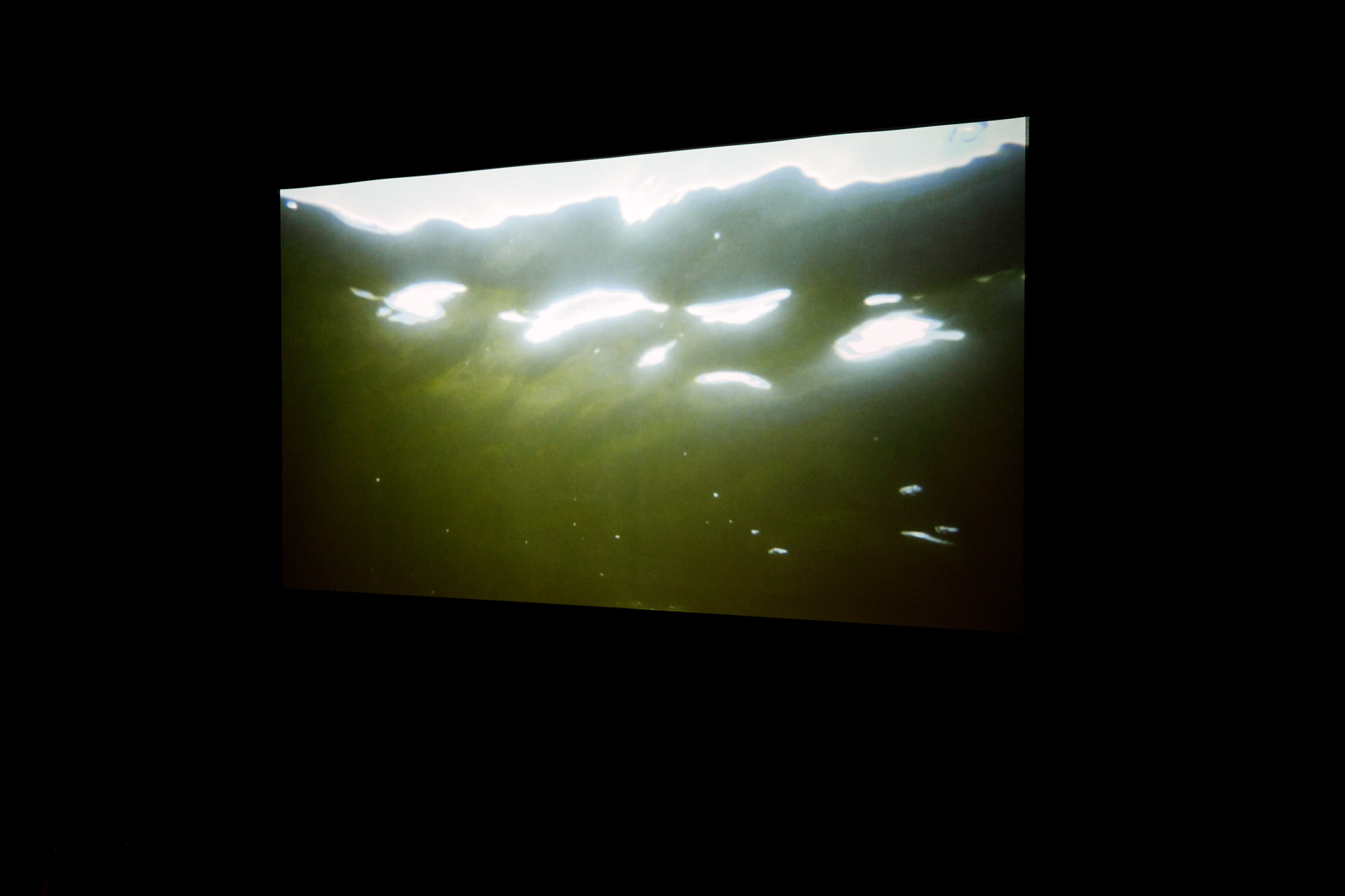 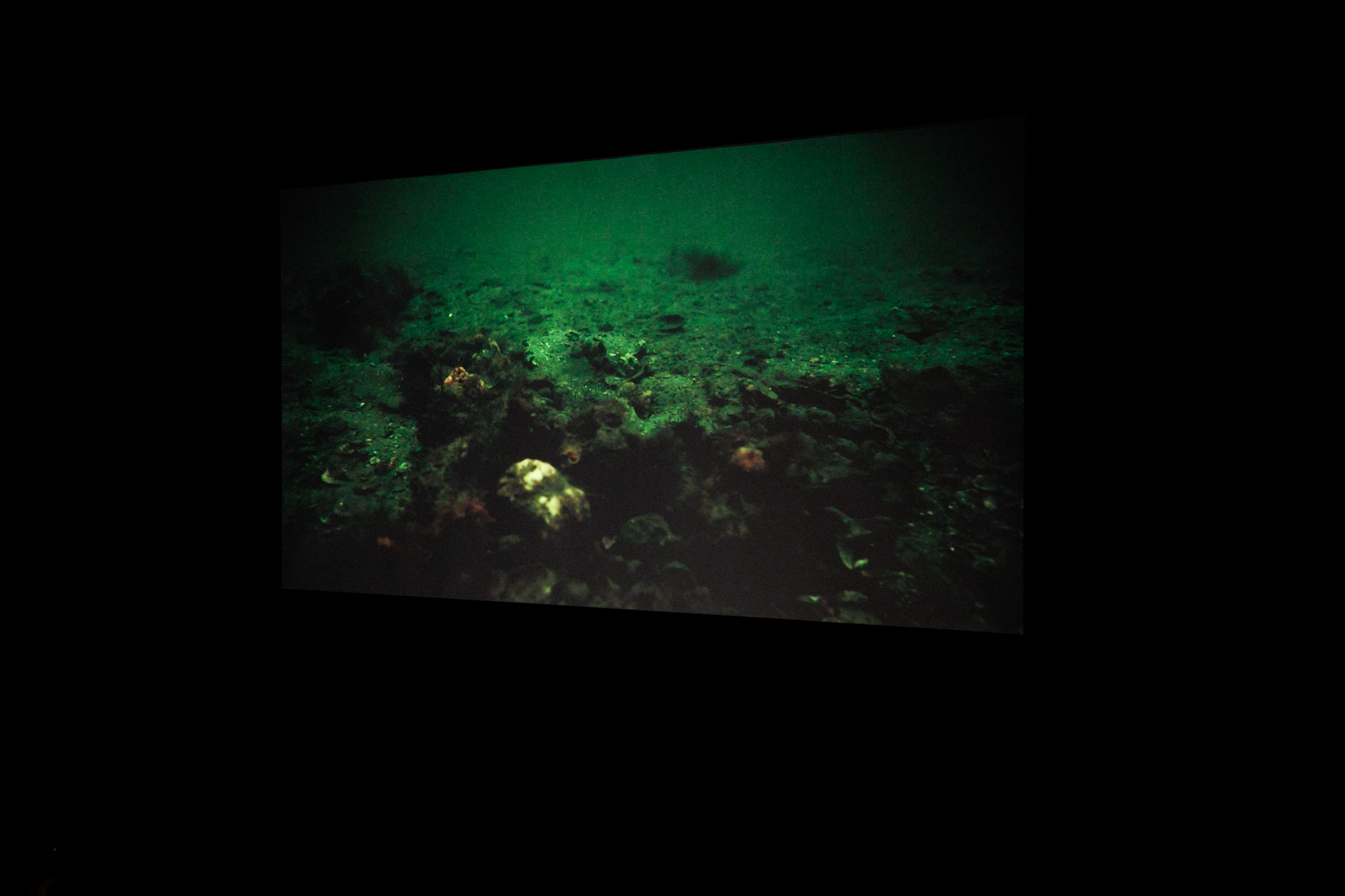 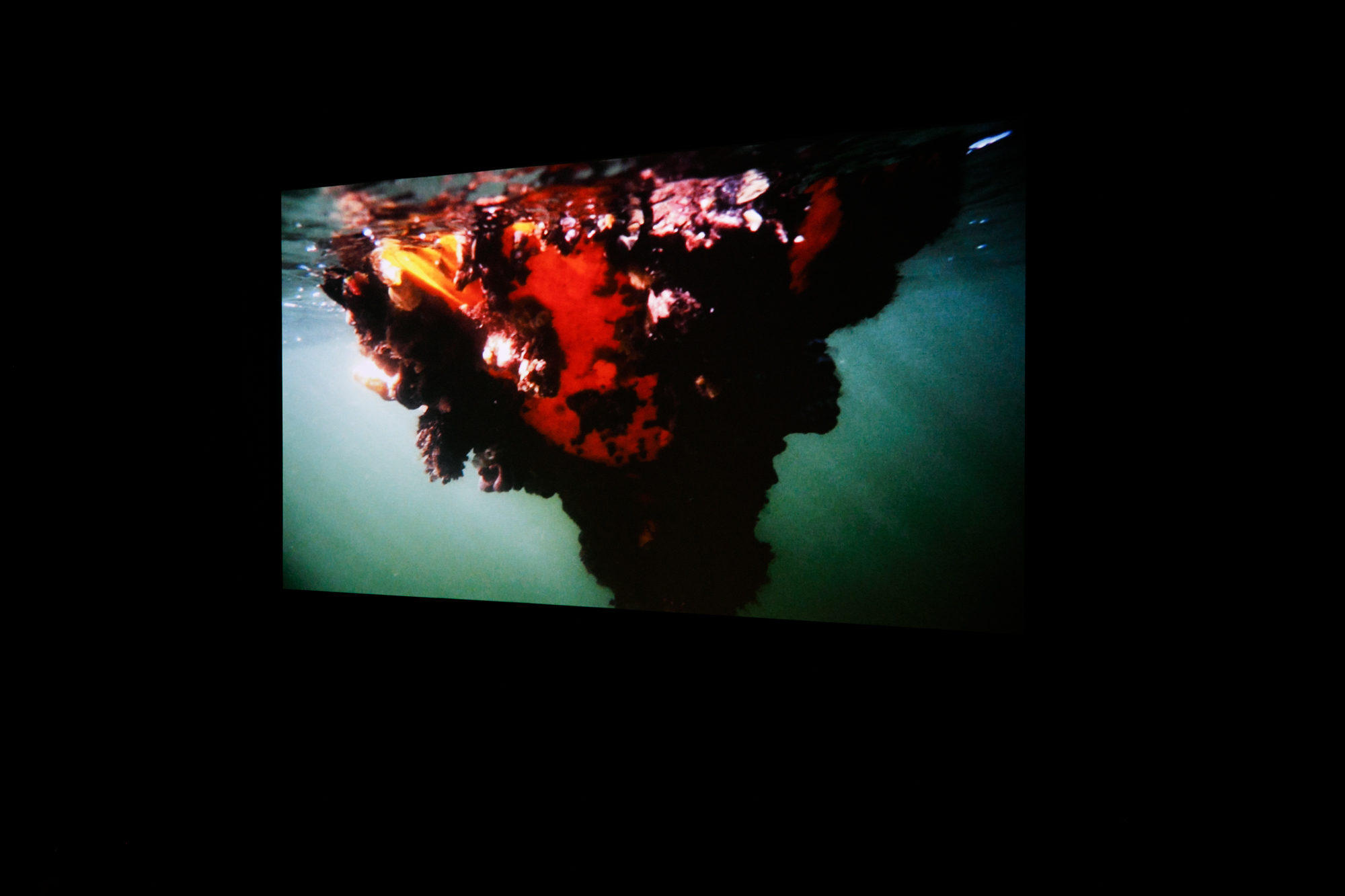