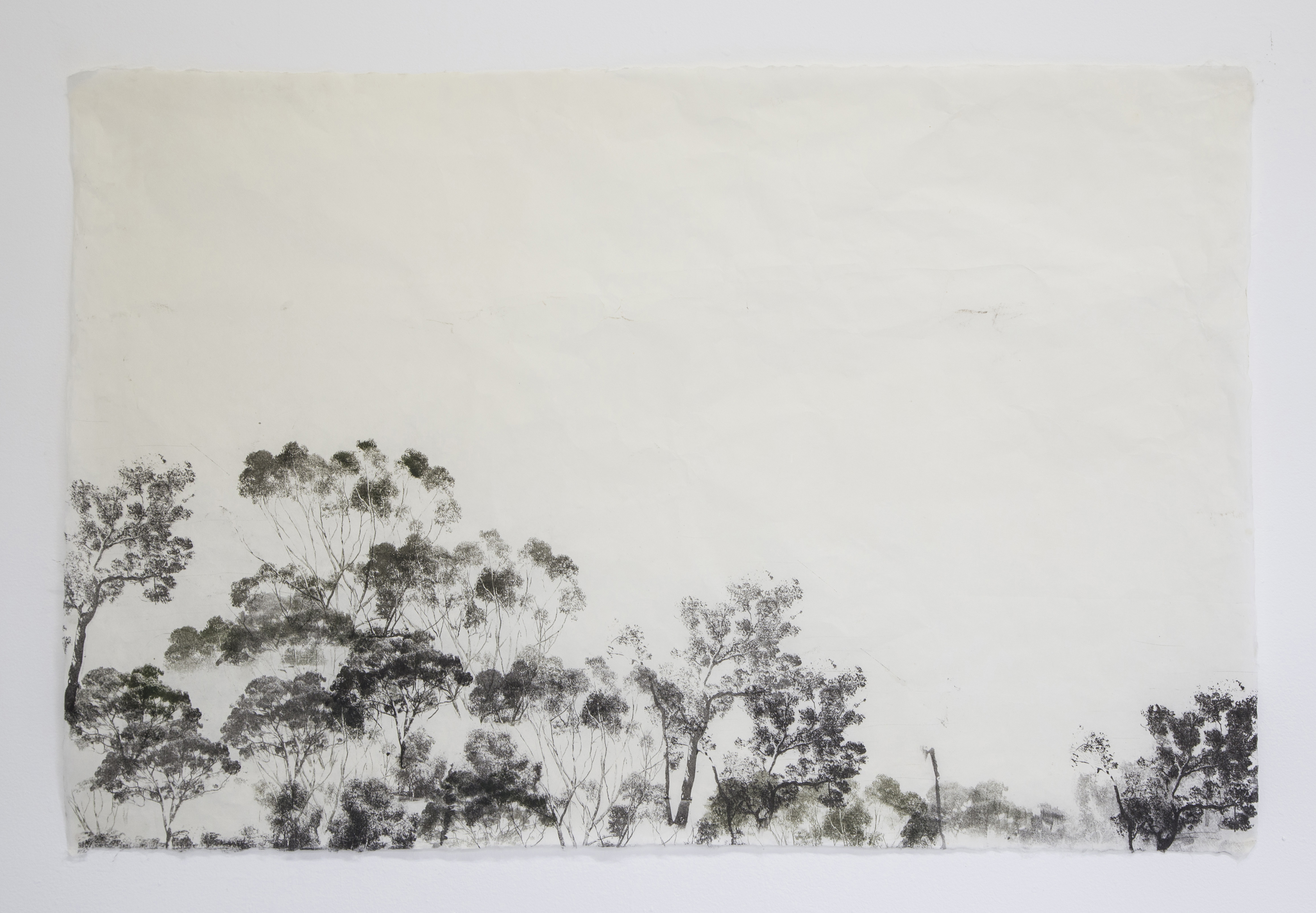 Locale showcases the artwork of Emma Jolley, Monika Lukowska, Carly Lynch, Melanie McKee, Layli Rakhsha, Rachel Salmon-Lomas, and Gemma Weston. This exhibition takes an interdisciplinary printmaking approach to address concerns faced by contemporary artists in an era of increased mobility and development of place. The artists address several significant aspects of place through their work, and recognize that the experience of dislocation, relocation, change and memory of place is common to many. Via temporal and physical explorations of place, from the site-specific to unattainable sites, the artists have used printmaking as a means of returning to place.

Beneath the towering eucalypts of Beeliar country, and among the stately former dormitories of Point Heathcote Reception Home, seven artists gather to compare their understandings of ‘place’. From this natural lookout, they picture homes, neighbourhoods and imagined spaces, before returning their gaze to Heathcote, where their prints hang within the site’s history.

Place, as it unfolds in Locale, does not simply mean ‘location’. Rather, it indicates a state of involvement with site. It describes the imaginative work by which each artist has shaped or come to understand specific places. With this in mind, each print is a place in its own right, a surface upon which the evidence of labour has accrued: sewing, scanning, remembering, etching, walking.

The ‘home’ is where place coincides with belonging. While Melanie McKee focussed on her long-haul PhD study, her home shifted into utility mode: it became studio, office, library; an eating and sleeping station. Linen prints depict these cloistered spaces at dawn, before the day ahead feels plausible. Mild regret (the Mel of yesterday has left dishes for today’s Mel to tidy) mingles with gratitude for the nourishment of home. By slowly and repetitively sewing through her prints, McKee lingers and repays some of “the debt owed” to the place that supports her work.

Each day, Layli Rakhsha rises with her daughters at a crisp 5:30am. Each night, quiet descends at 7:30pm, when the house becomes hers alone. Rakhsha prepares for this hour by gently and meditatively ordering her space: straightening carpets, clearing the table, readying tomorrow’s fruit. This silent ritual transforms a functional room into a space for reflection, nostalgia, joy and selfhood, recorded in seven prints, judiciously tinted with black. Domestic minutiae, Rakhsha seems to whisper, are not inconsequential, but kindle quietude and comfort.

In a former cell, Gemma Weston remembers the private enterprises of the teen bedroom. Drypoints of Smash Hits coverboys, a sumptuous ‘crazy quilt’ and a scented, bobby-socked bedhead describe how personhood can be shaped by place-making activities, here crafting and customisation. Weston’s powerful evocations revivify and invite humility for our former, less certain selves. Monitored by parents and unresourced, the extent of bedroom self-determination was modest, yet this space was everything, a private gallery, a duchy. For McKee, Weston and Rakhsha, place is not always physical, but can exist in remembrance, invoked through ritualised artistic labour.

At a larger scale, place is shaped communally. Neighbourhoods and suburbs incorporate gardening fashions, transportation networks, governance and community culture. Emma Jolley, a Northern Suburbs native, and Monika Lukowska, a native of three years, have forged individual paths through collective place. Jolley portrays the trappings of suburban idealism according to her knowledge of its history, eulogising the decommissioning of kidney-pools and frangipani in favour of gentrification and grey render. Lukowska compares Perth’s suburbs with her industrial, mountain-encircled hometown in Poland. She provokes her new surroundings to reveal their secrets and history with extensive walks. The prints of both artists are spacious. Jolley charts sprawl as the manifestation of Perth’s instinct towards open space and Lukowska’s filmy lithographs look over the treeline toward an expansive sky that goes on and on no matter how far she walks.

Locale imports diverse accounts of place into Heathcote. In this way, it echoes The Log, Heathcote Hospital’s long out-of-print quarterly journal, which published outside artists and writers alongside patients and staff. Carly Lynch disinterred several issues of The Log from a literal (and figurative) archival basement, and assiduously copied their faded pages to fabricate fresh issues. Her labour has reinstituted the readability of these previously untouchable archival documents. She has also reinstituted their raison d’être: to meaningfully connect this sun-kissed promontory with the world outside.

The Log has also spoken across time: through this project, Rachel Salmon-Lomas (Riley) discovered that her father was once resident chaplain at Heathcote Hospital. Riley scanned The Log for evidence of his work, receiving and assuaging the worries of patients. Serendipitously returned to this site of institutional and family history, Riley interprets her father’s profoundly spiritual connection to this place. The rainbow-lipped black hole on his hand-latched rug seems symbolic of some kind of time slip, by which Riley may hang her work beside his, sharing this place and moment together.

Place, as these seven artists describe it, is not a rigid physical site, but something that can be modified, created, demolished, remembered or imagined. In Locale, it is the “pain, joy and time” of printmaking (as Rakhsha puts it) through which each artist has found and made place. 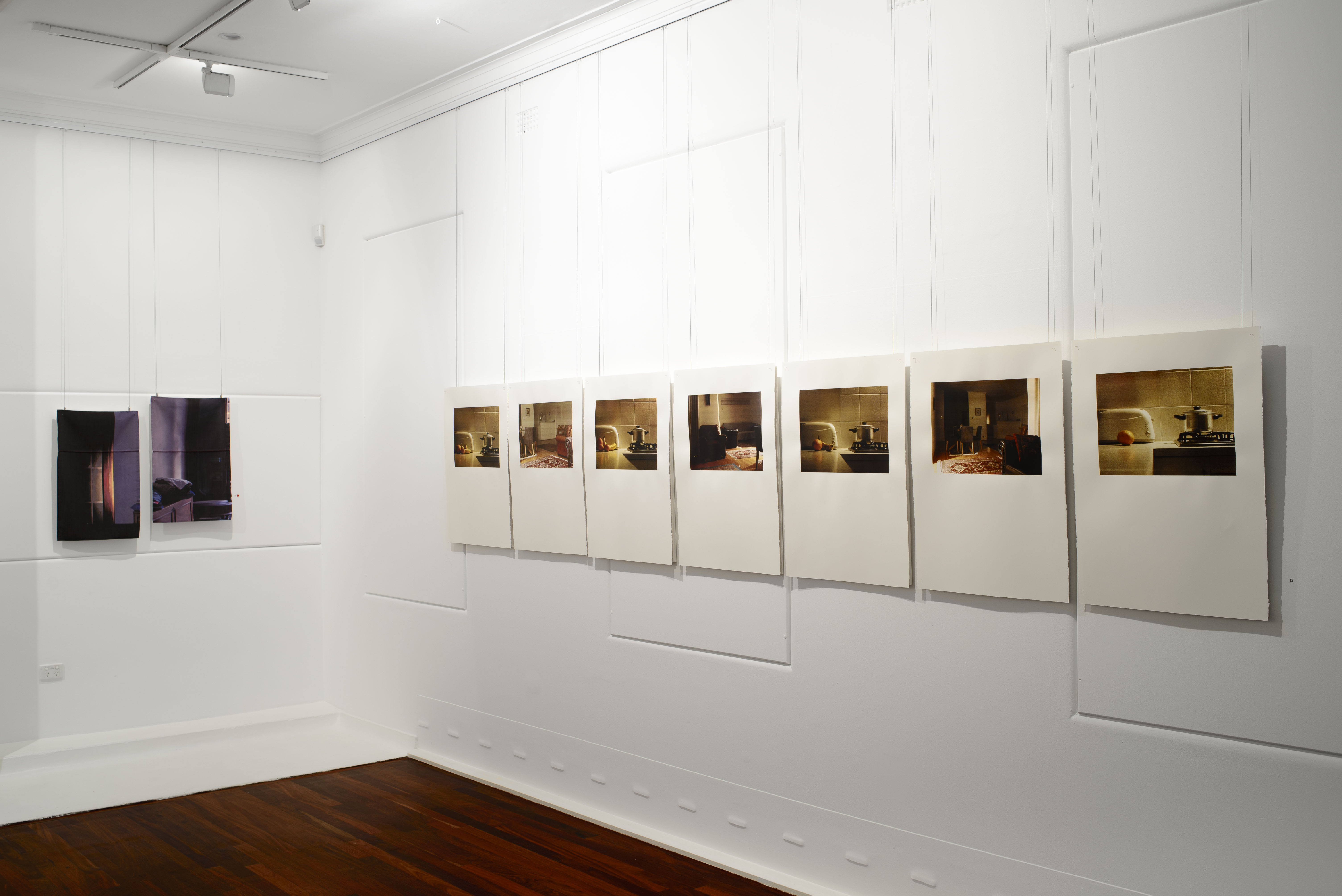 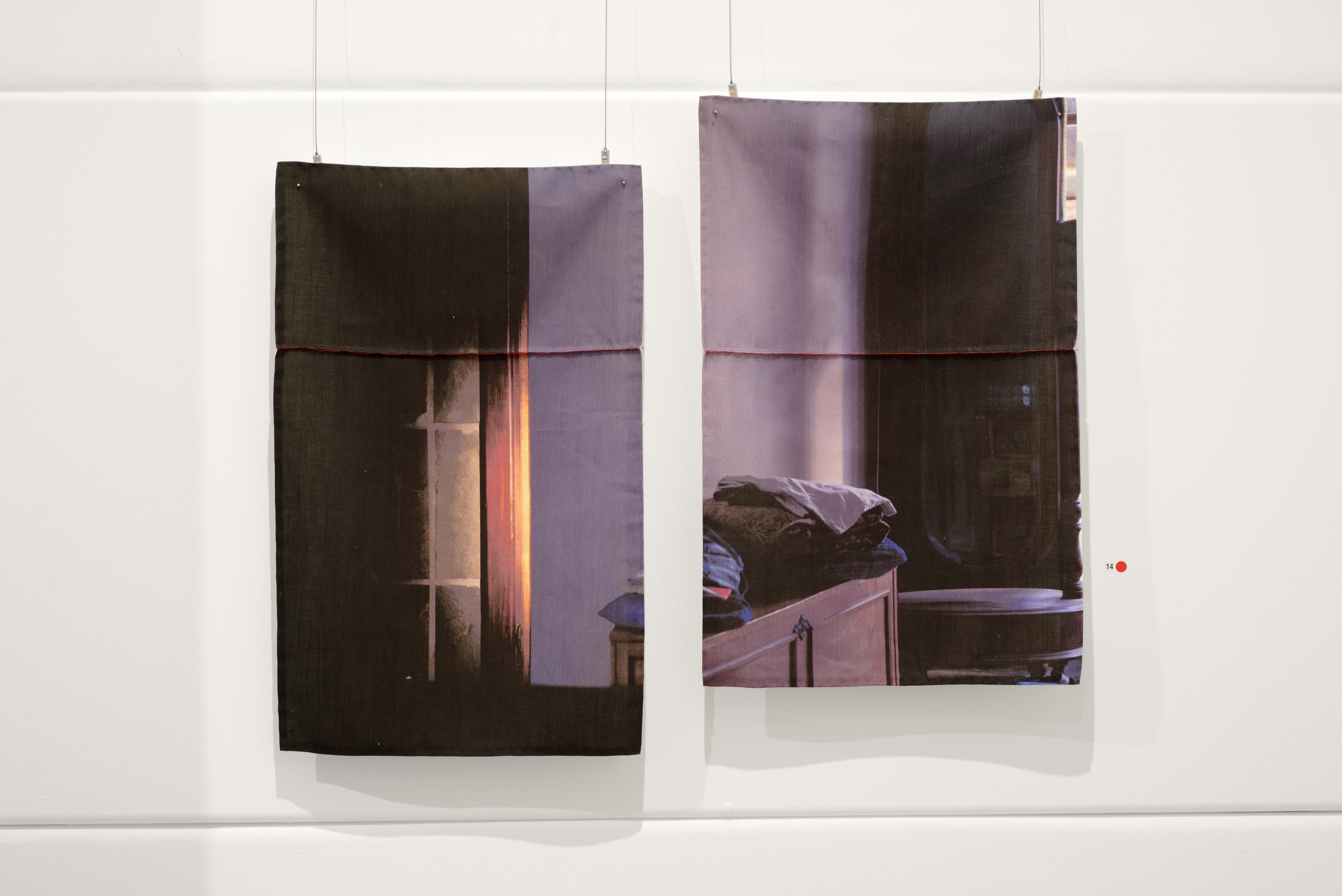 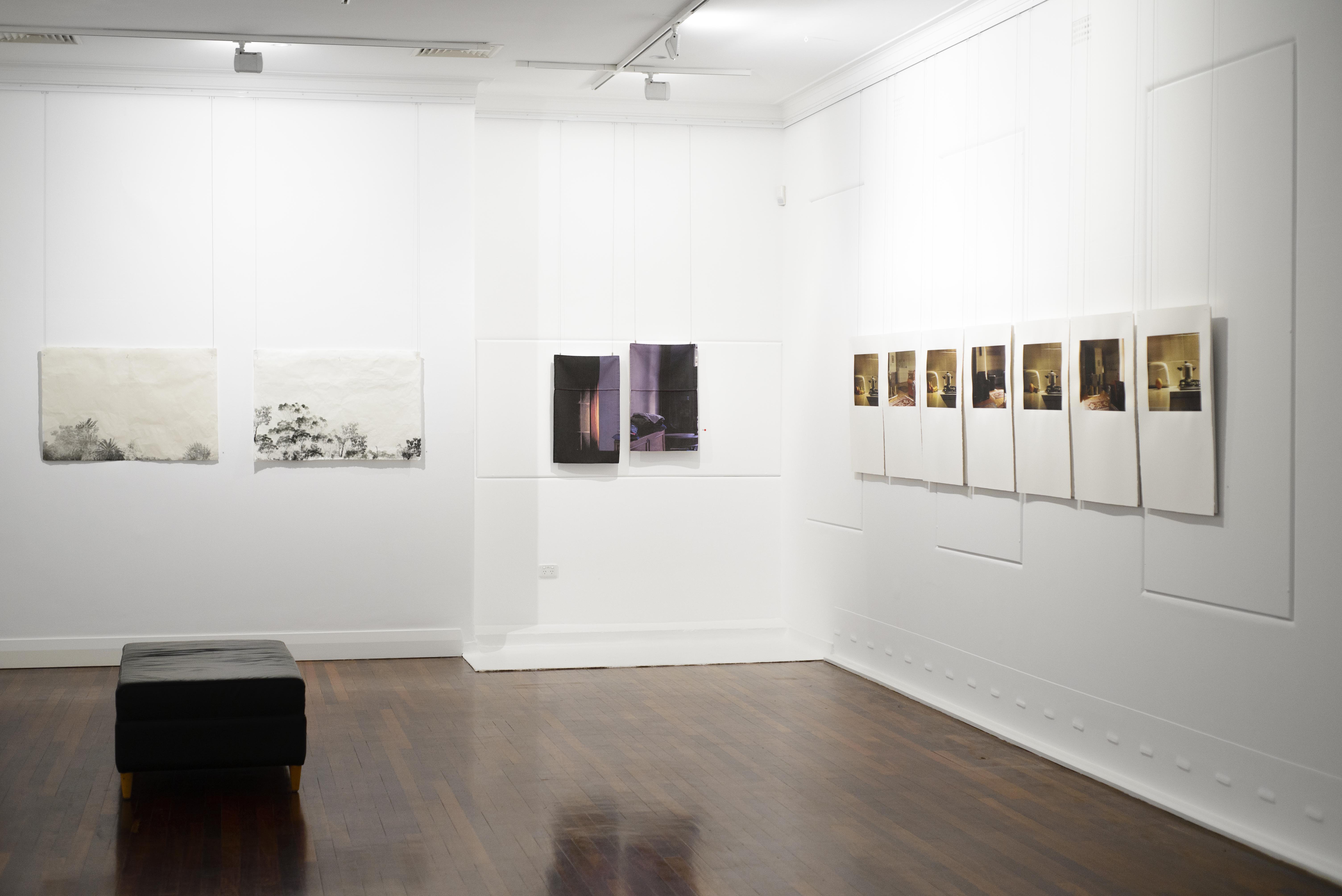 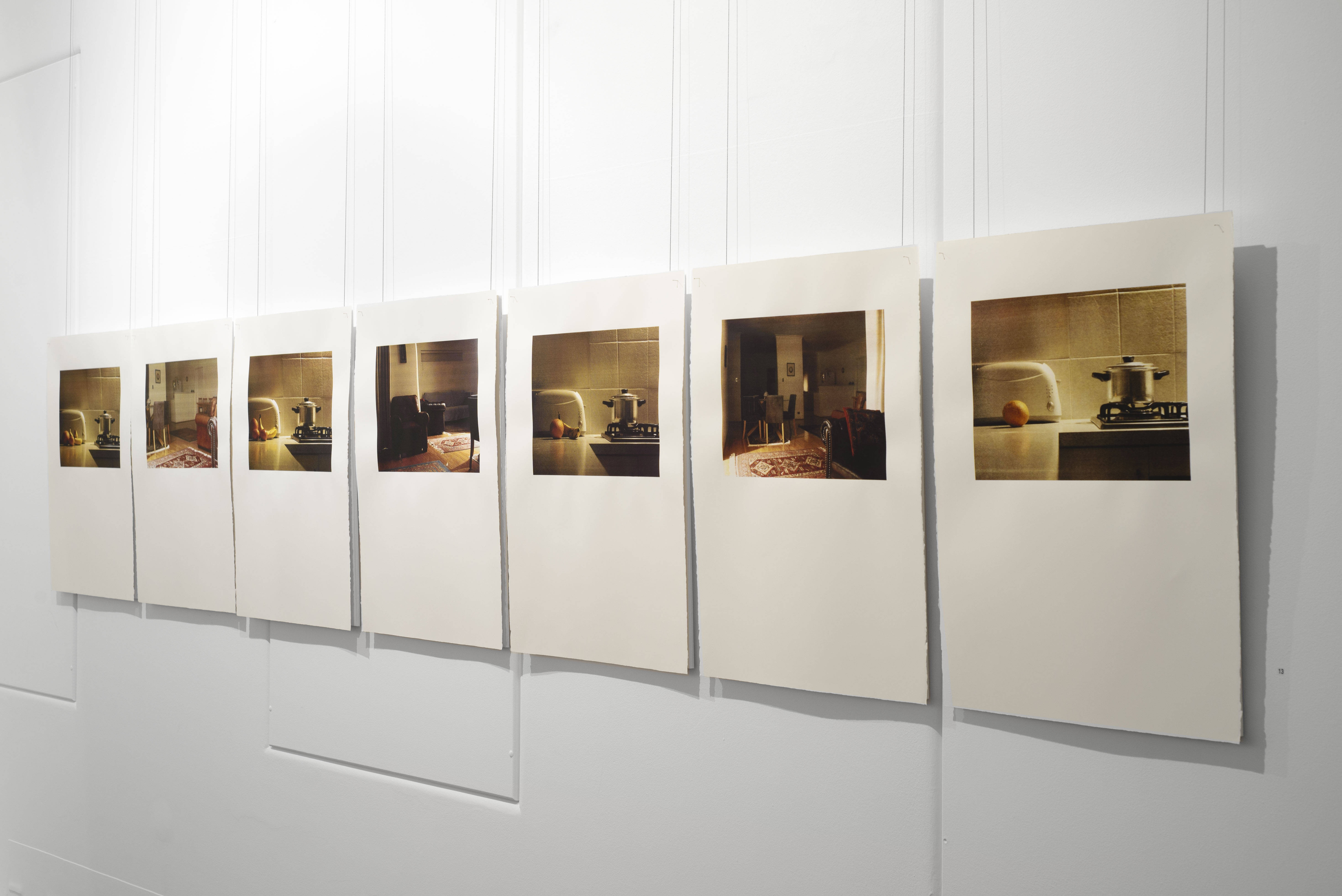 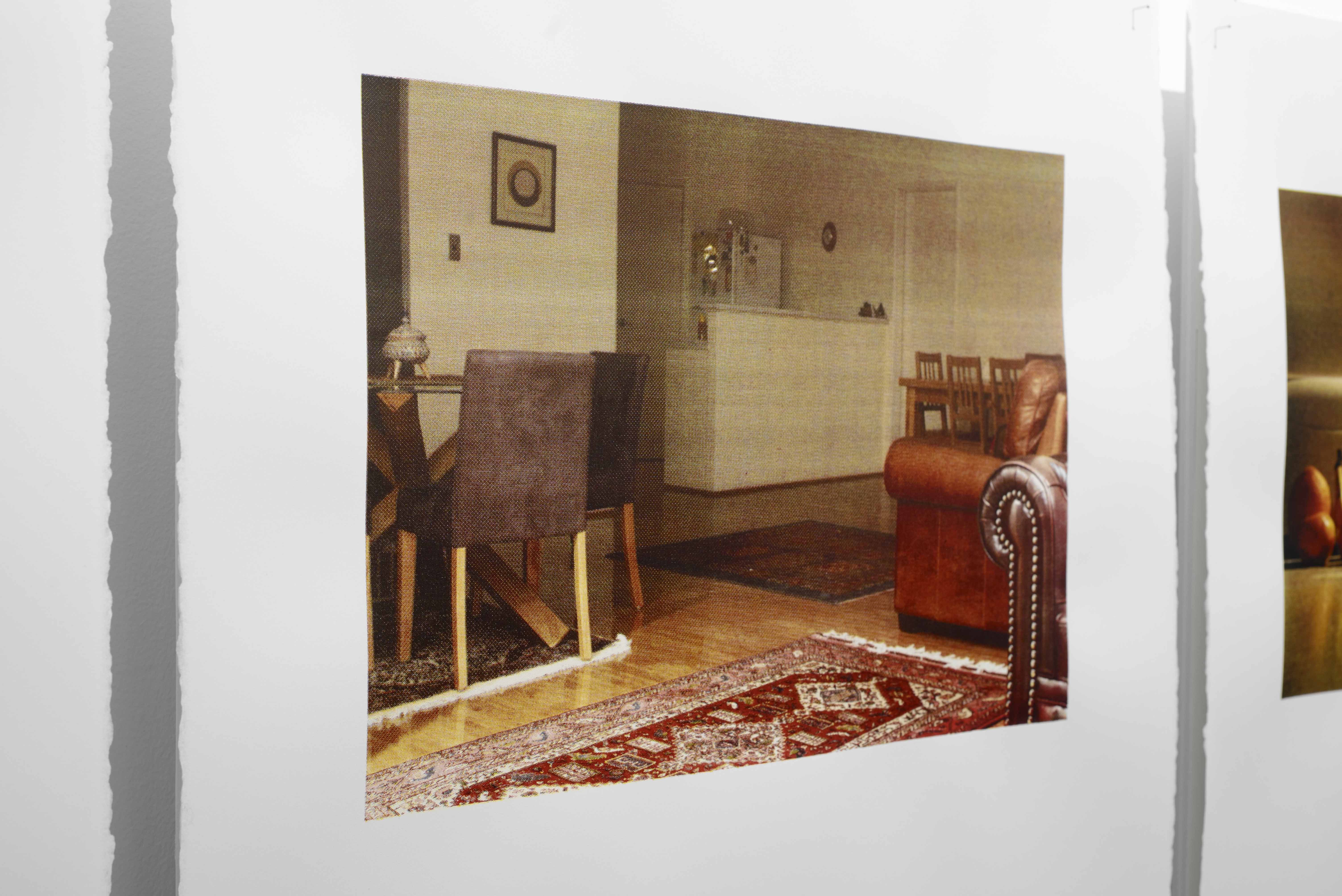 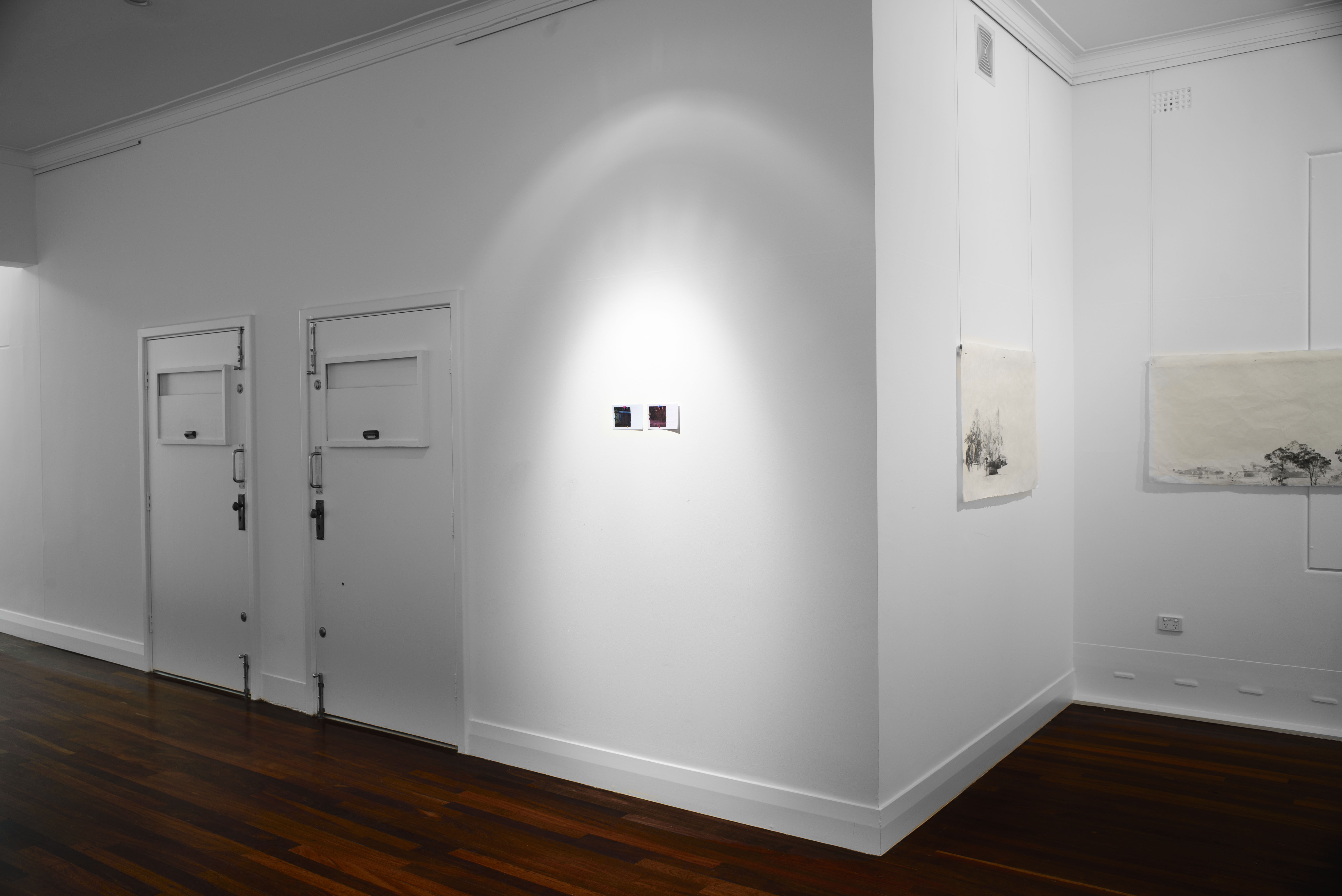 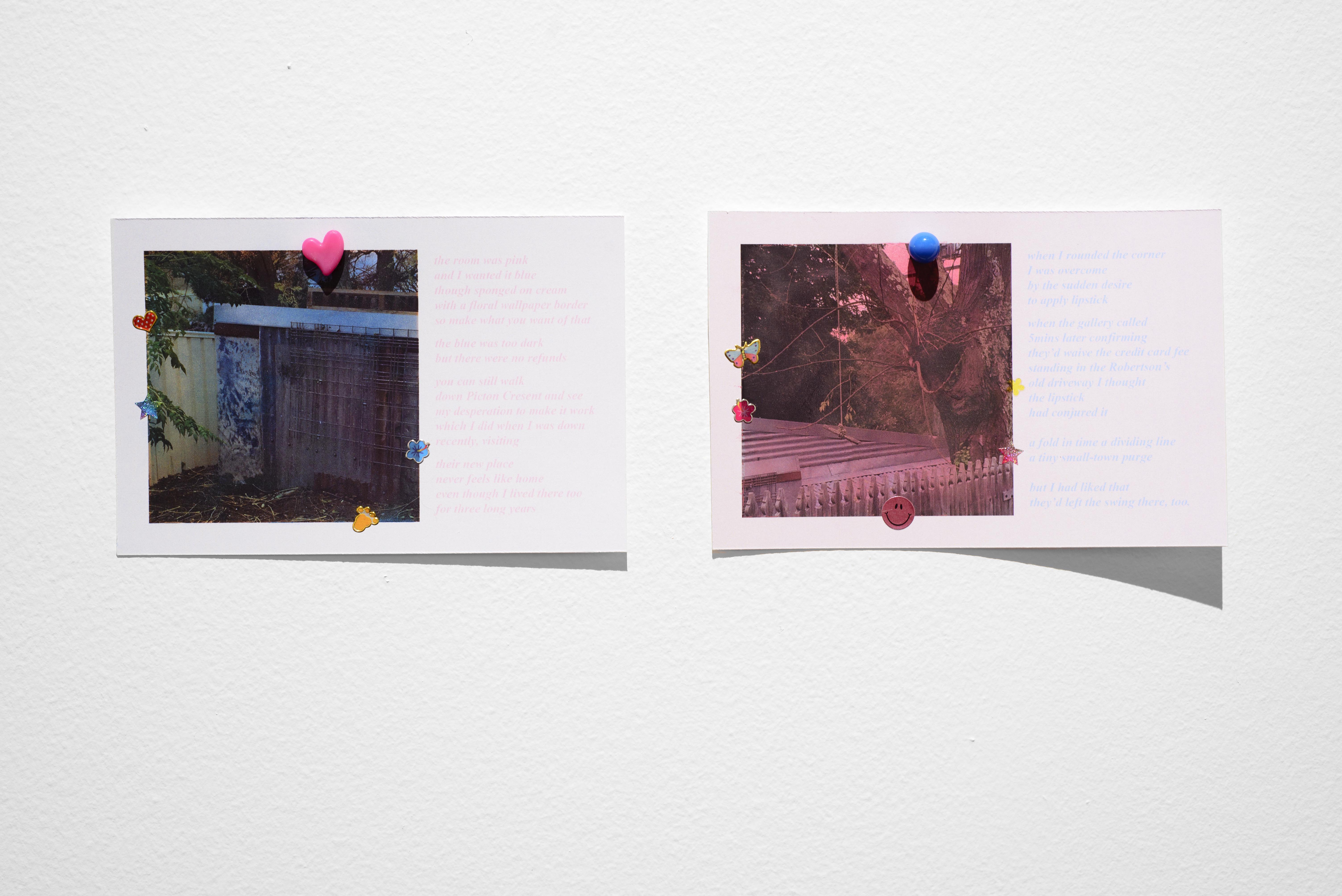 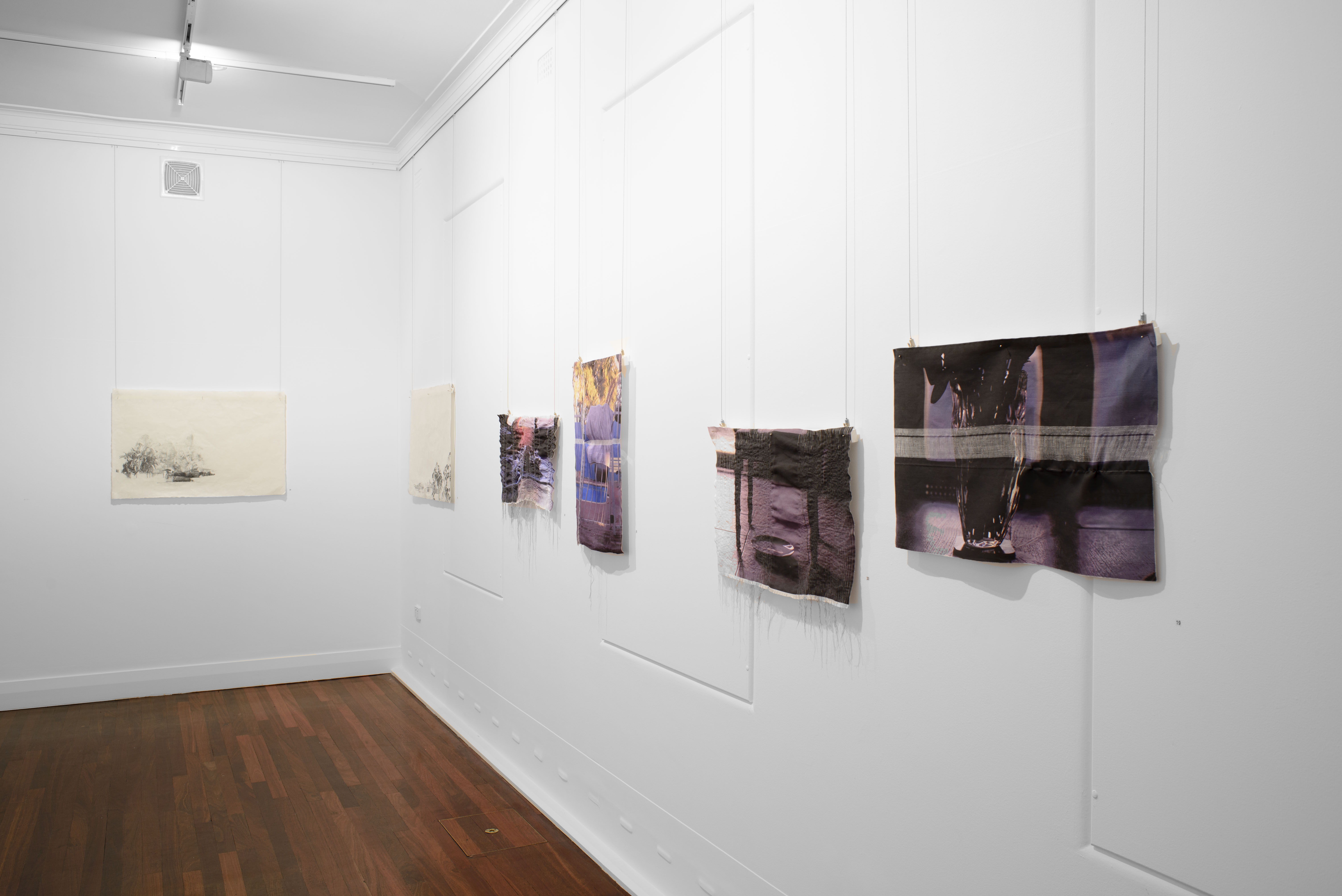 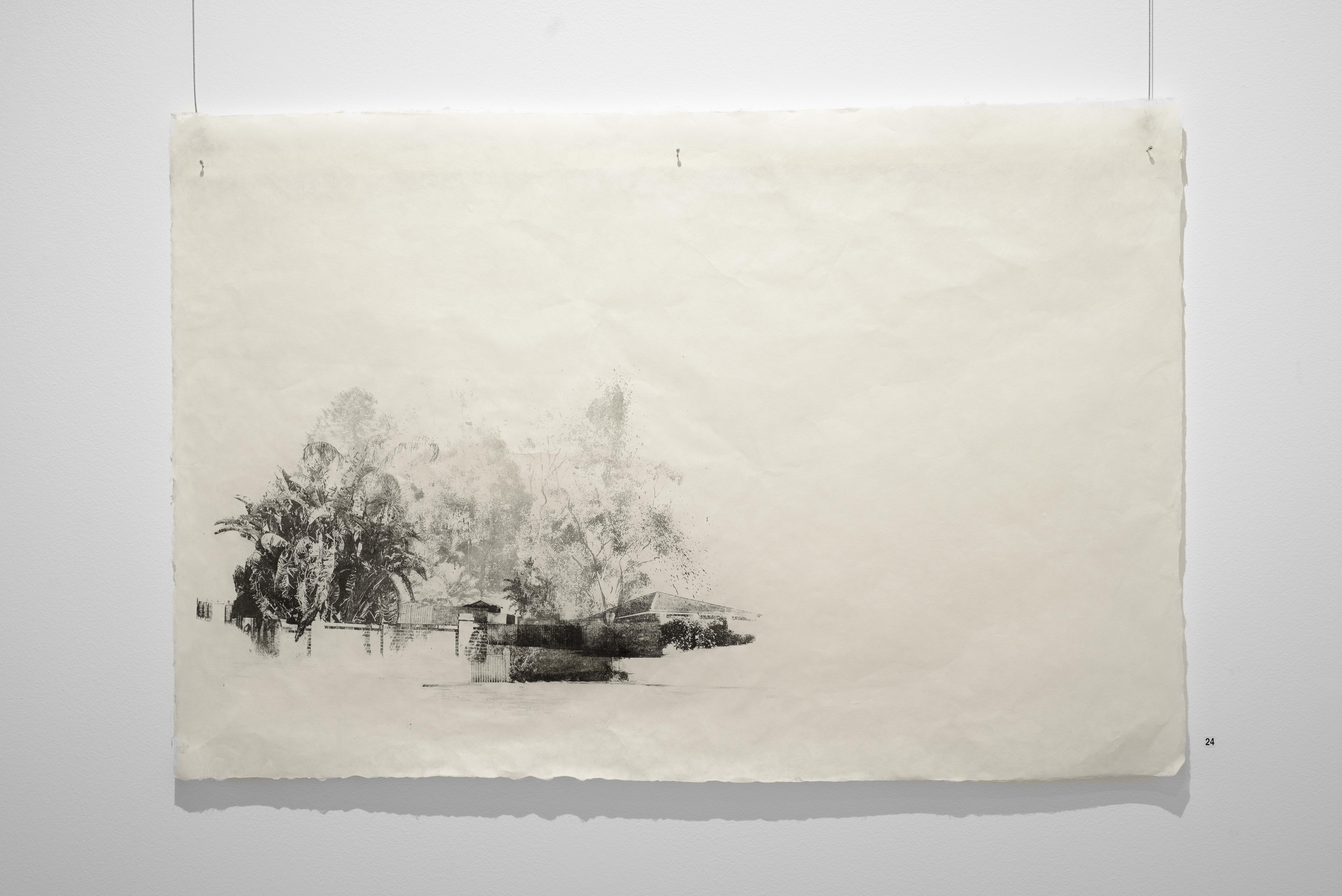 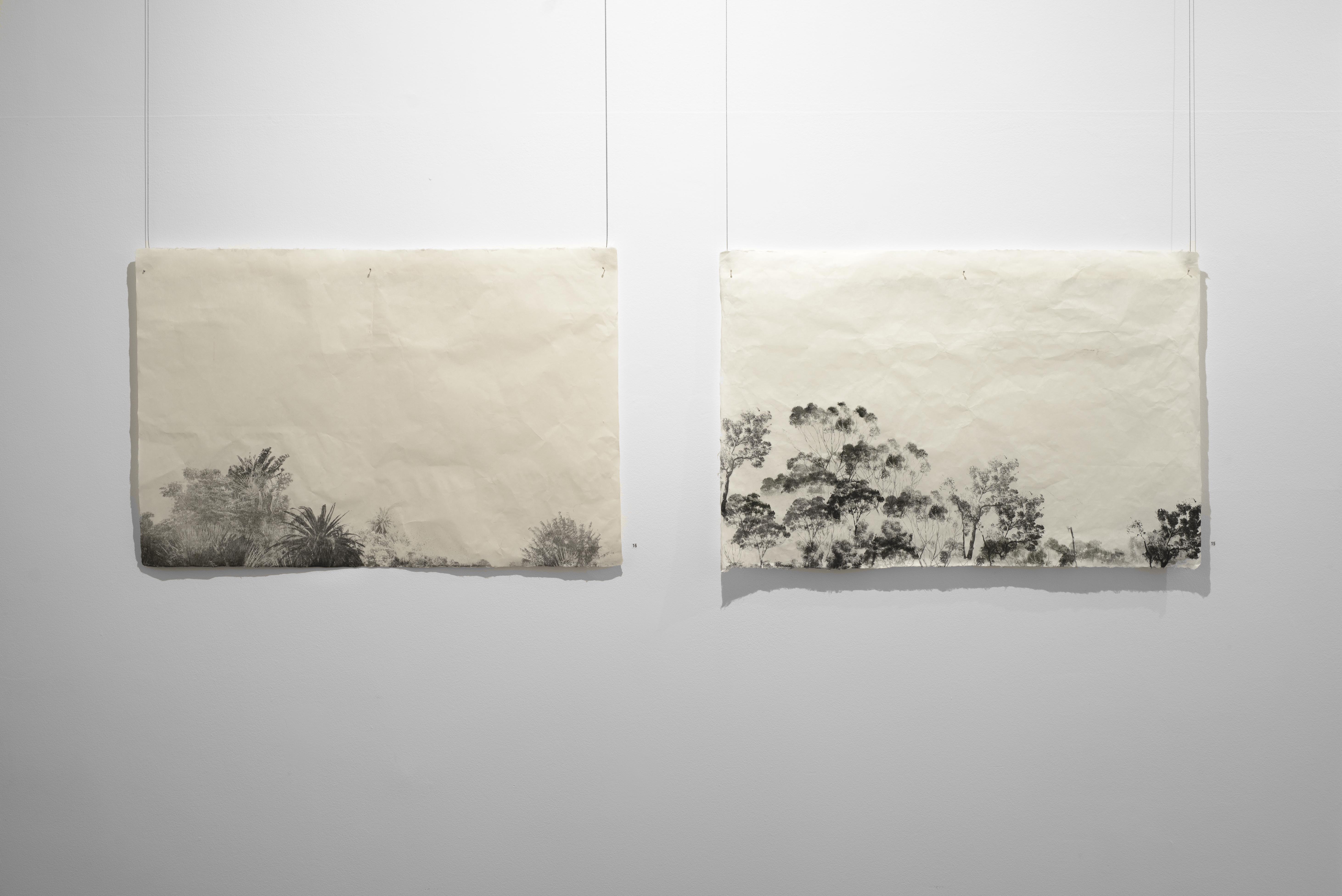 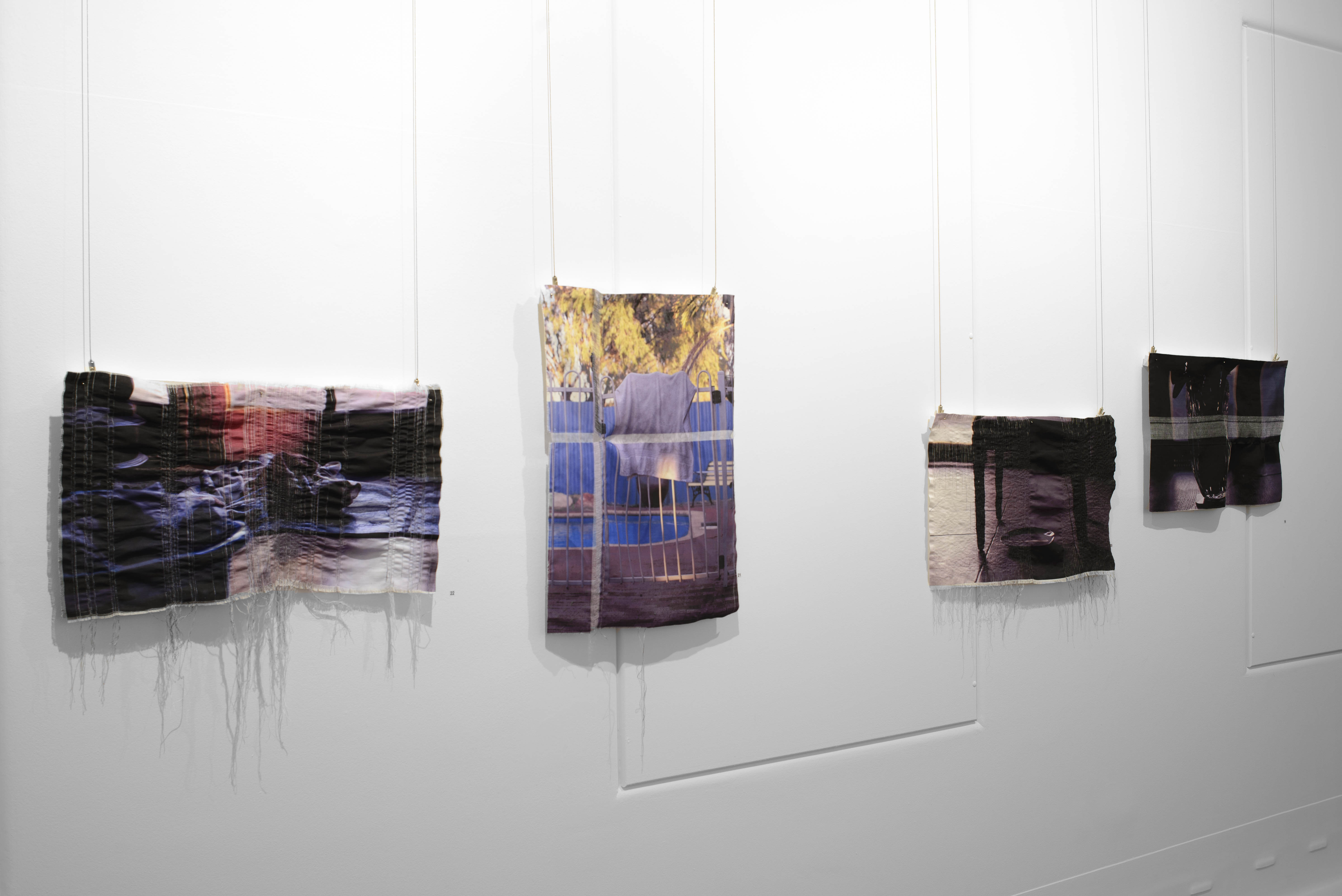 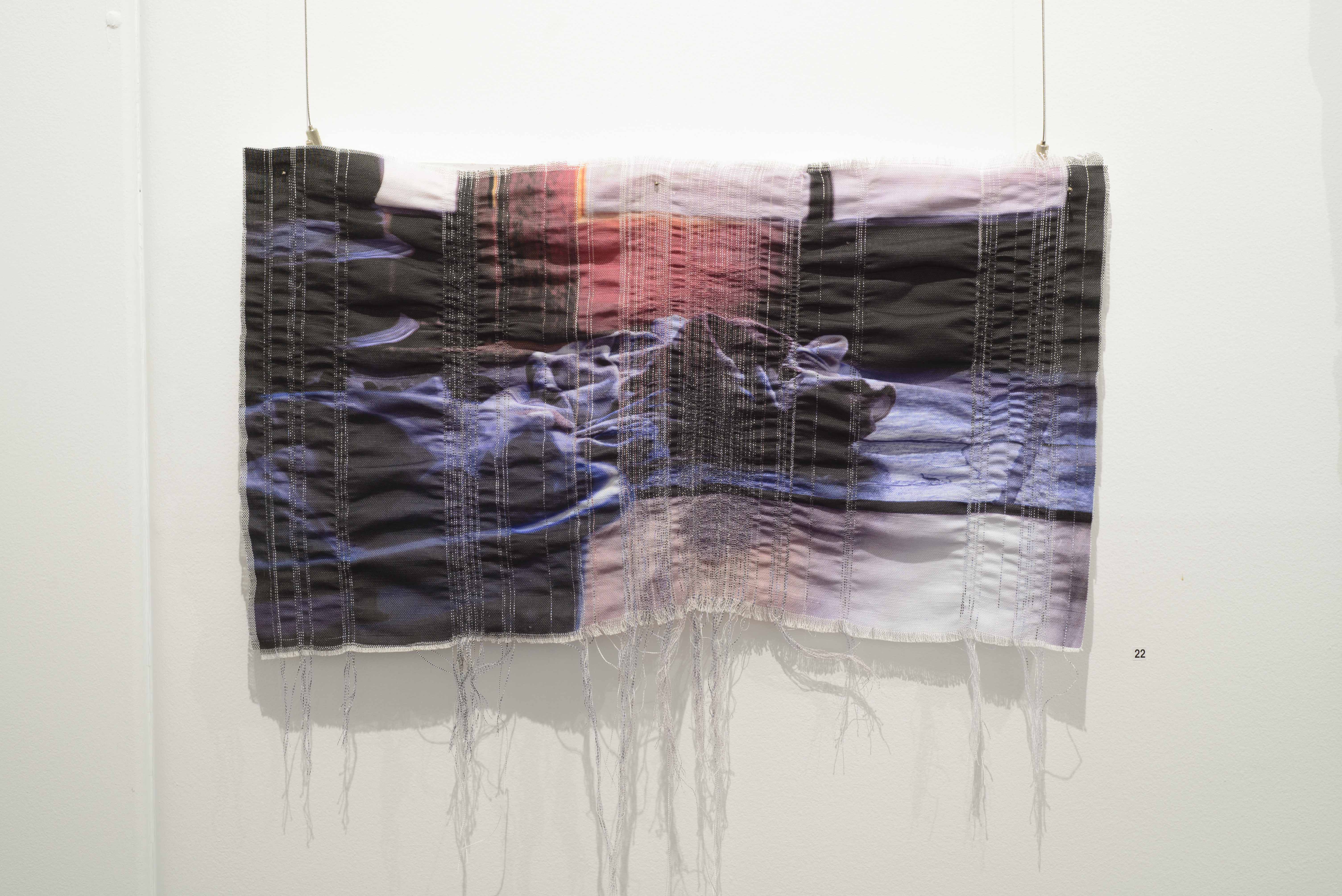 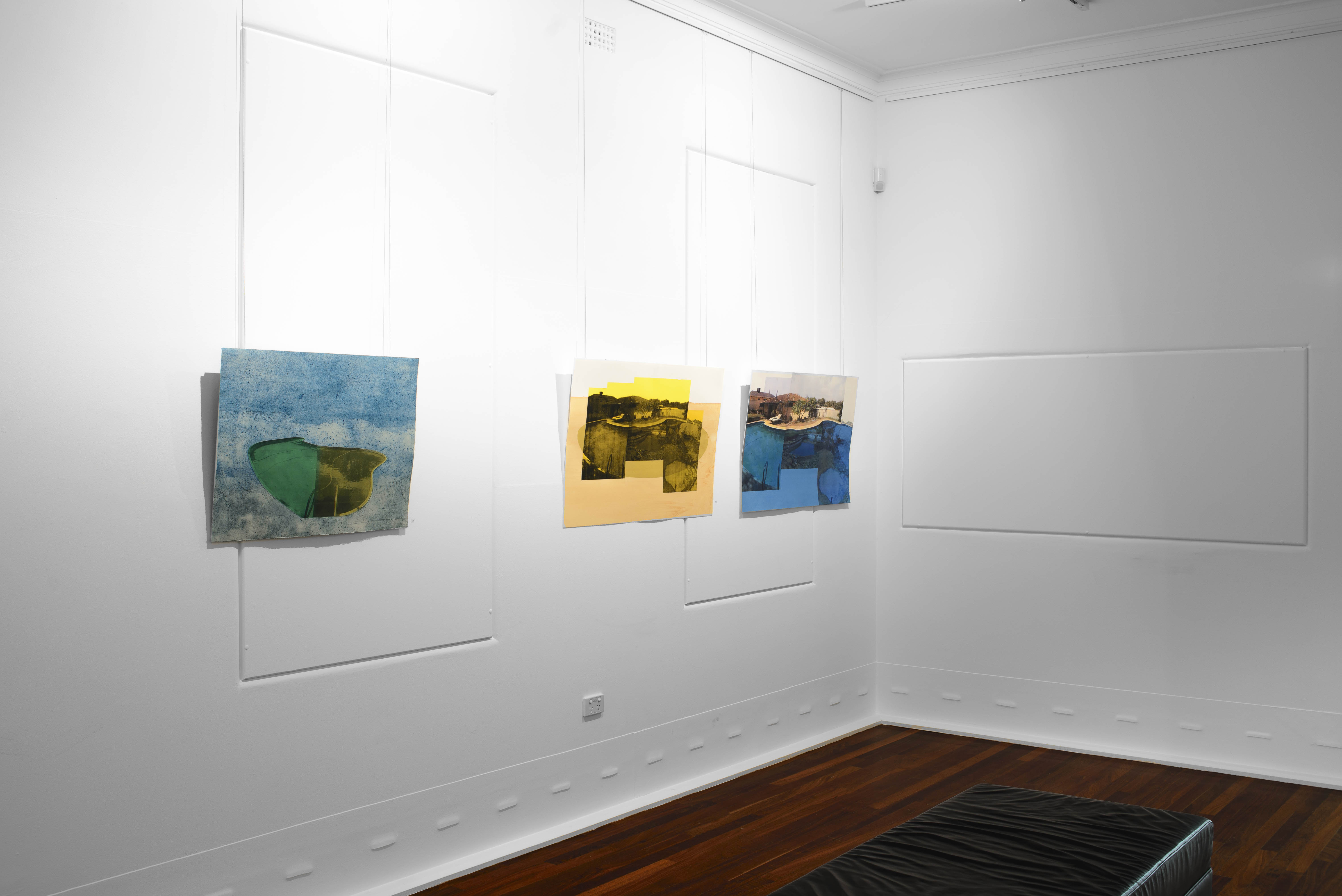 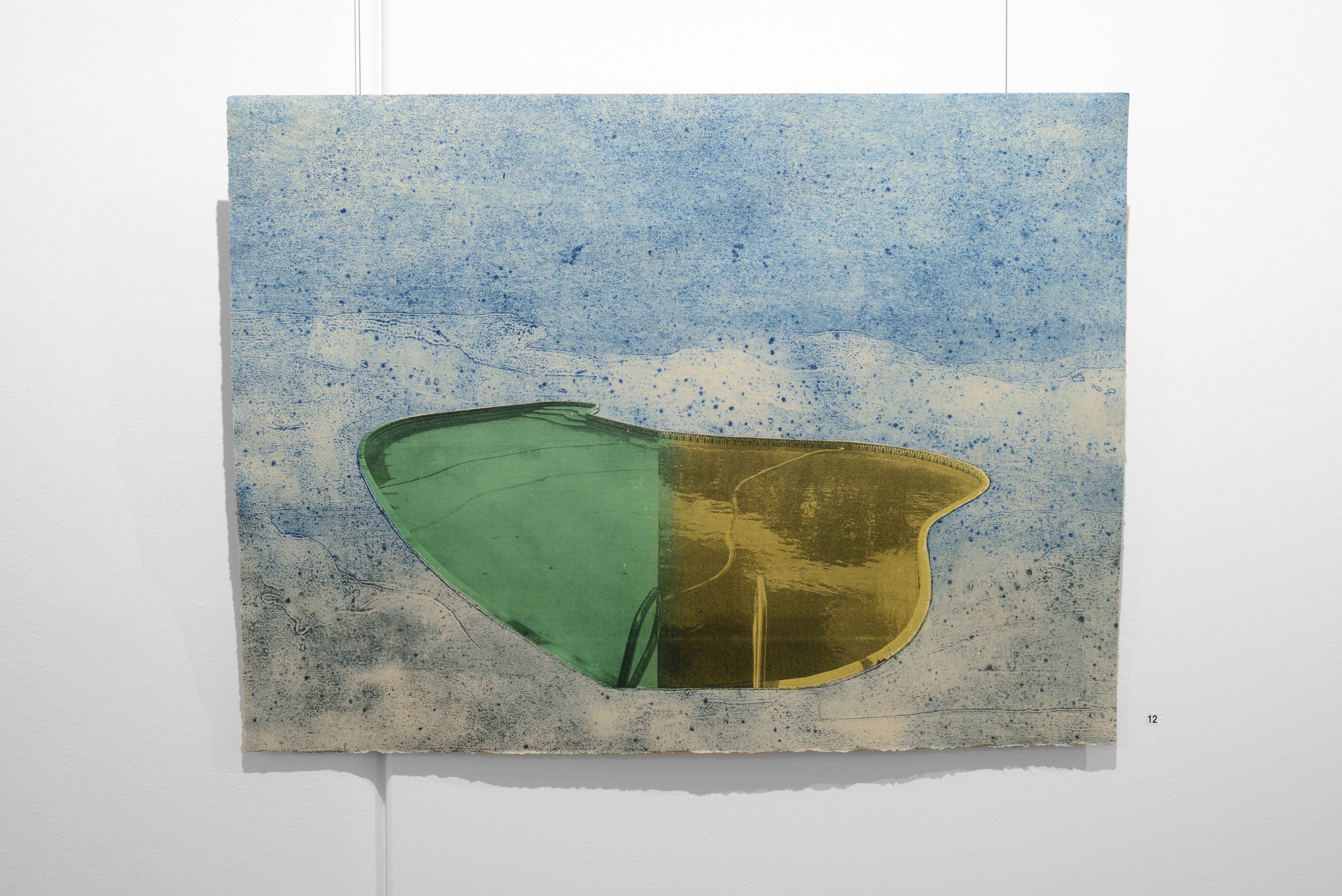 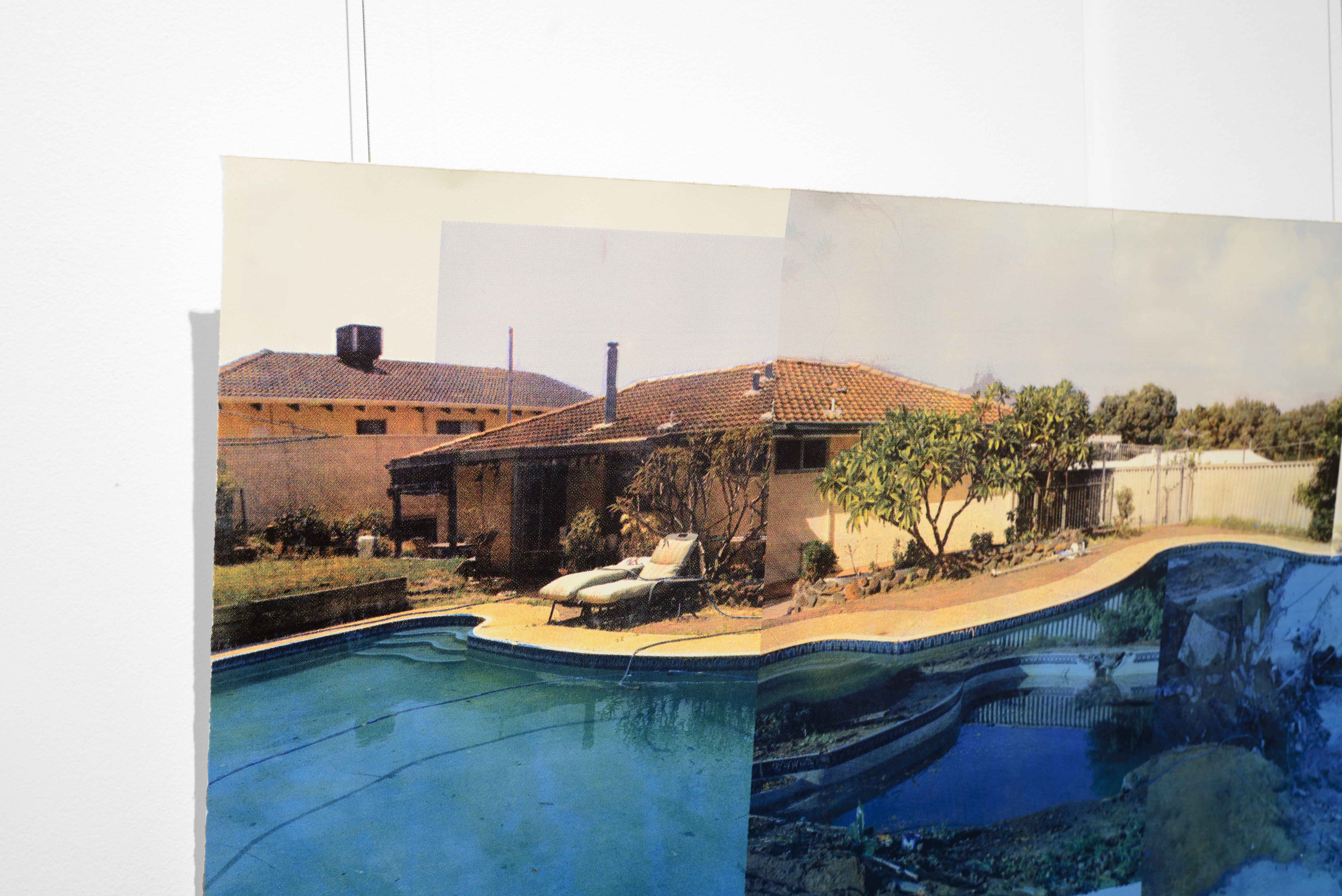 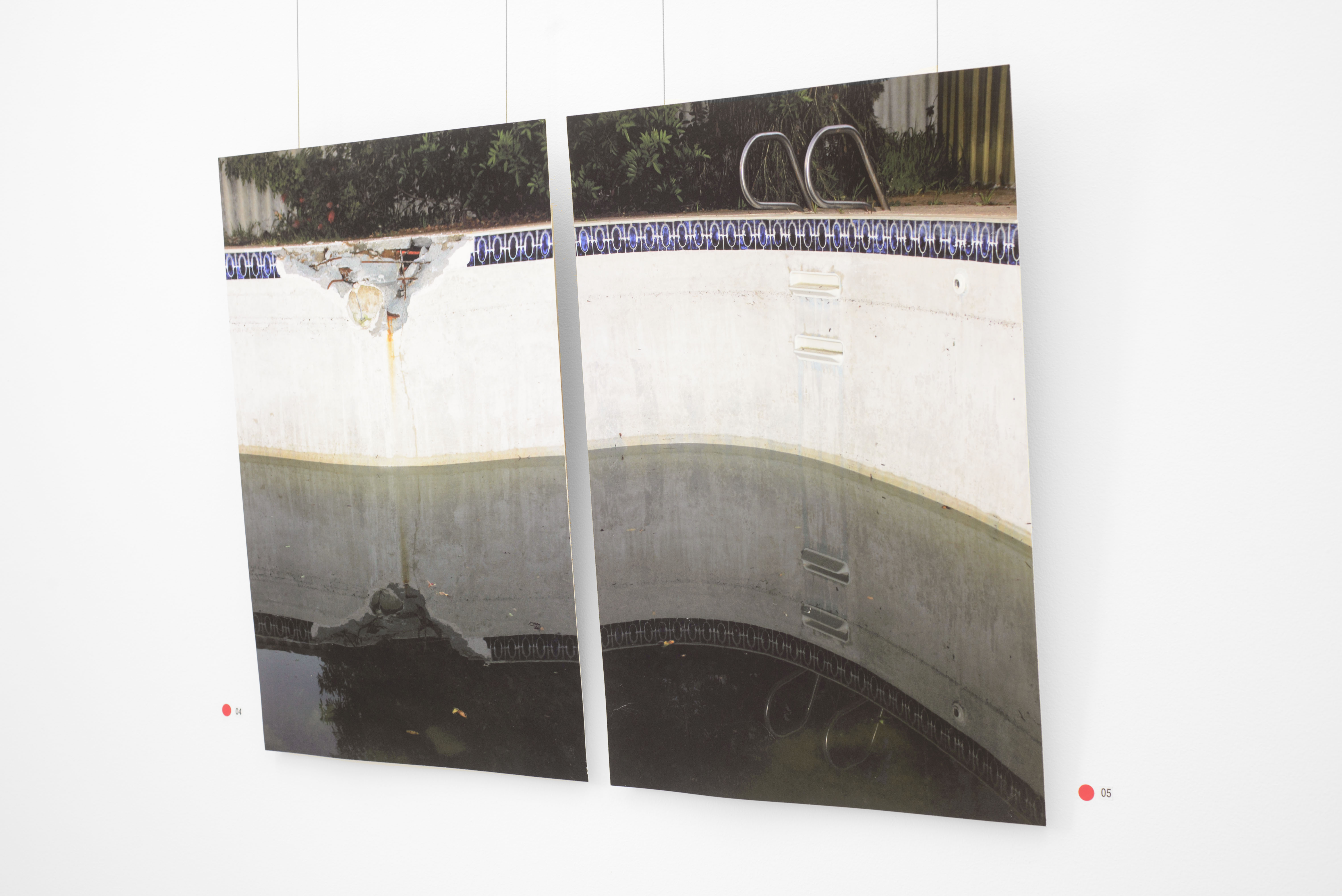 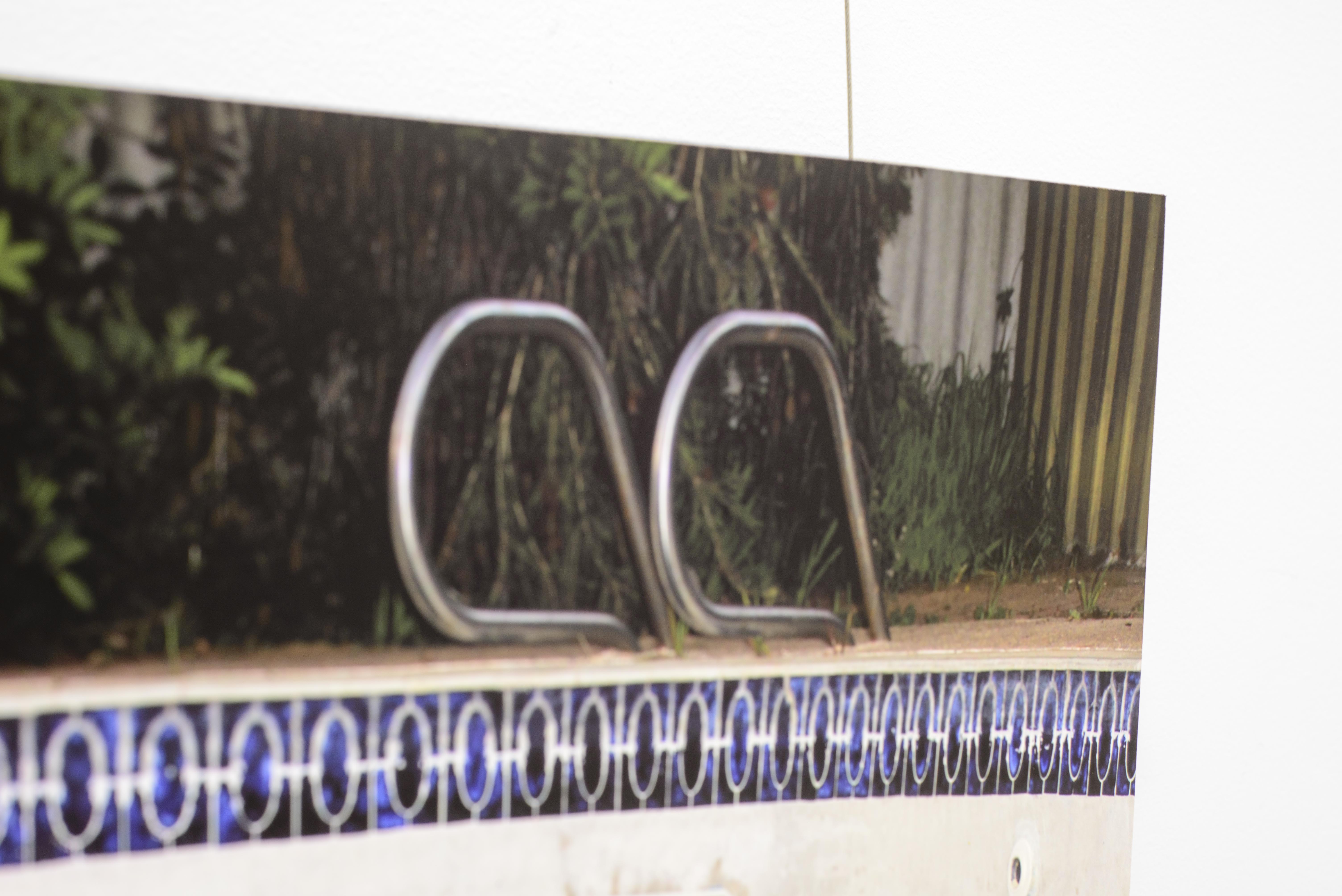 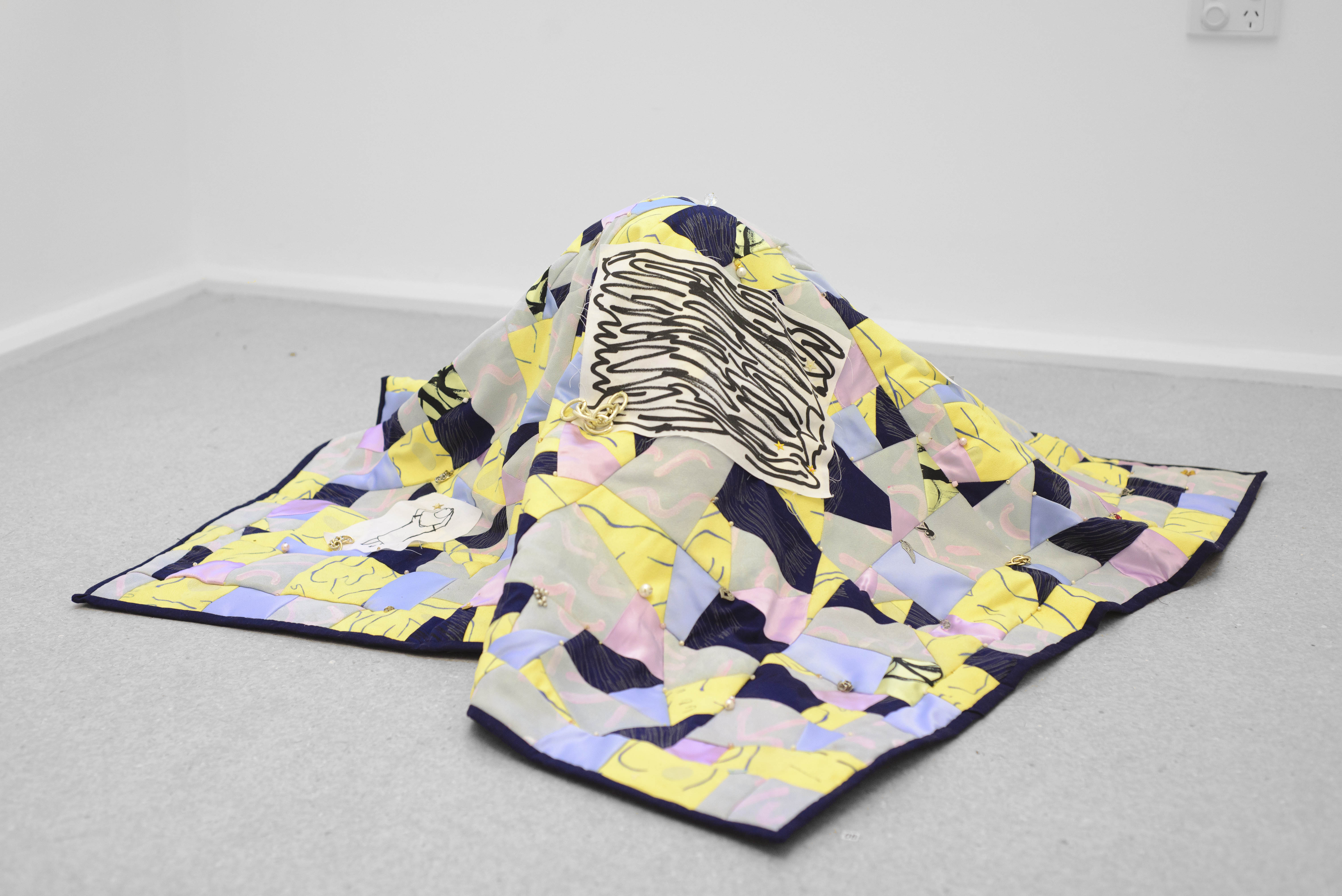 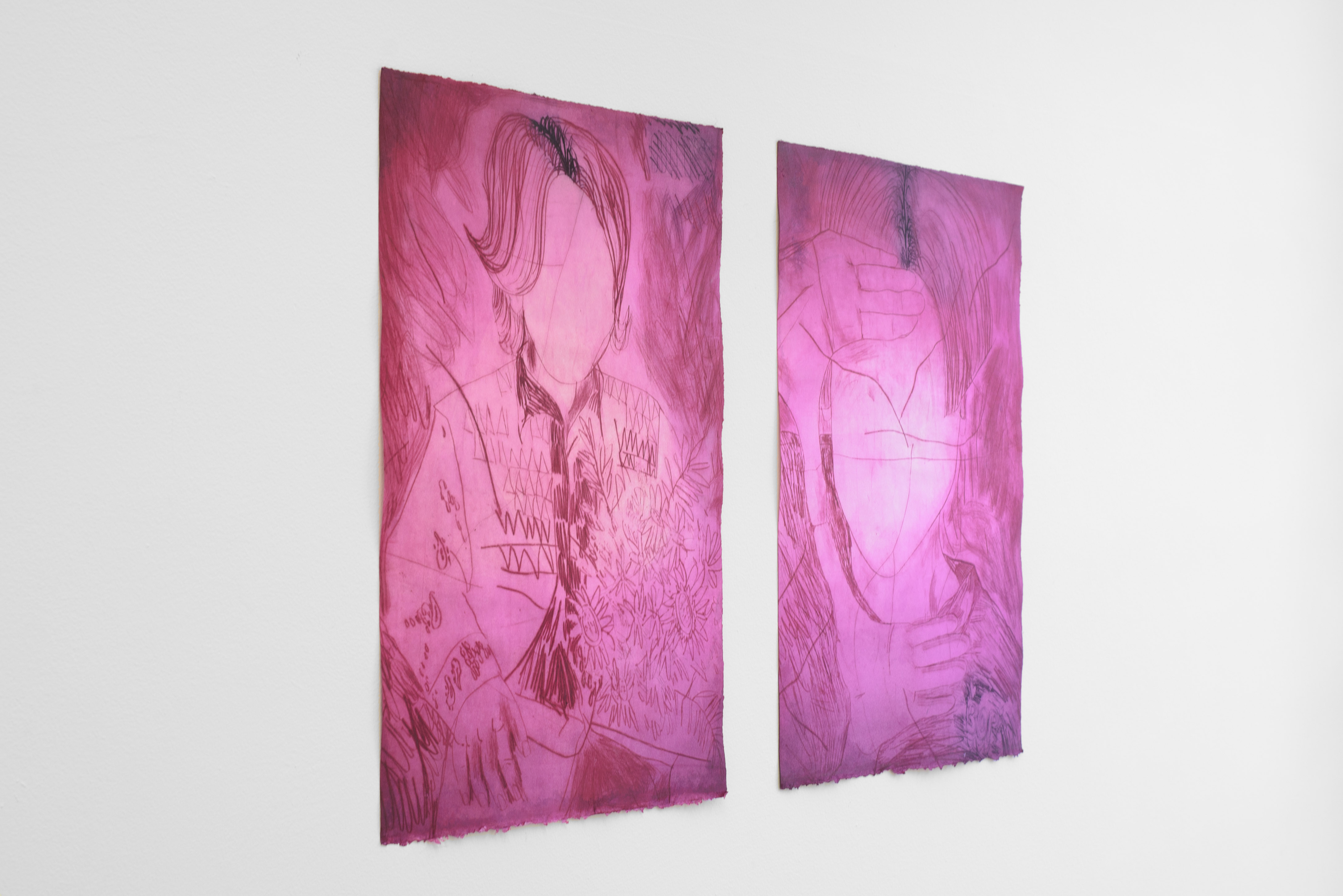 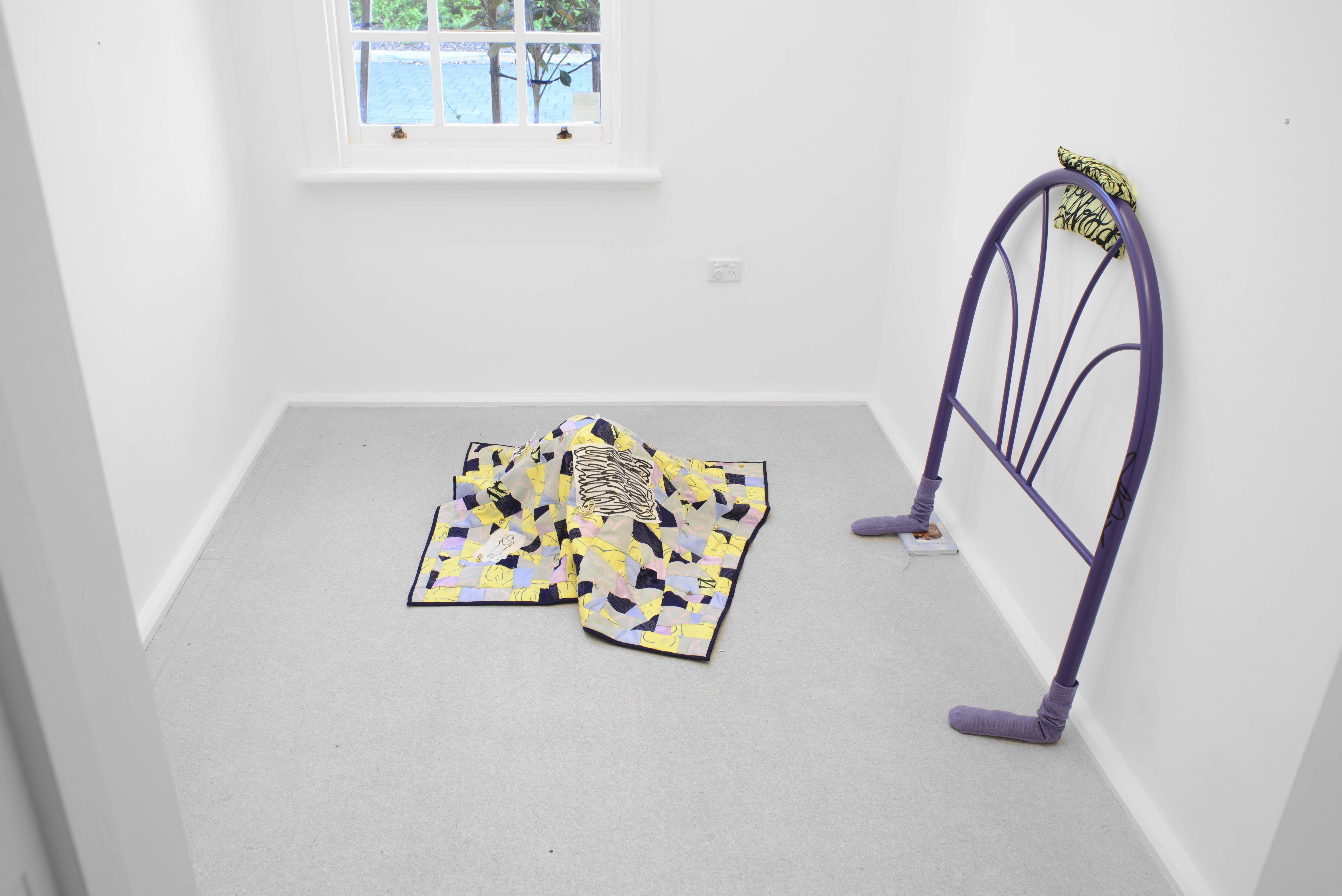 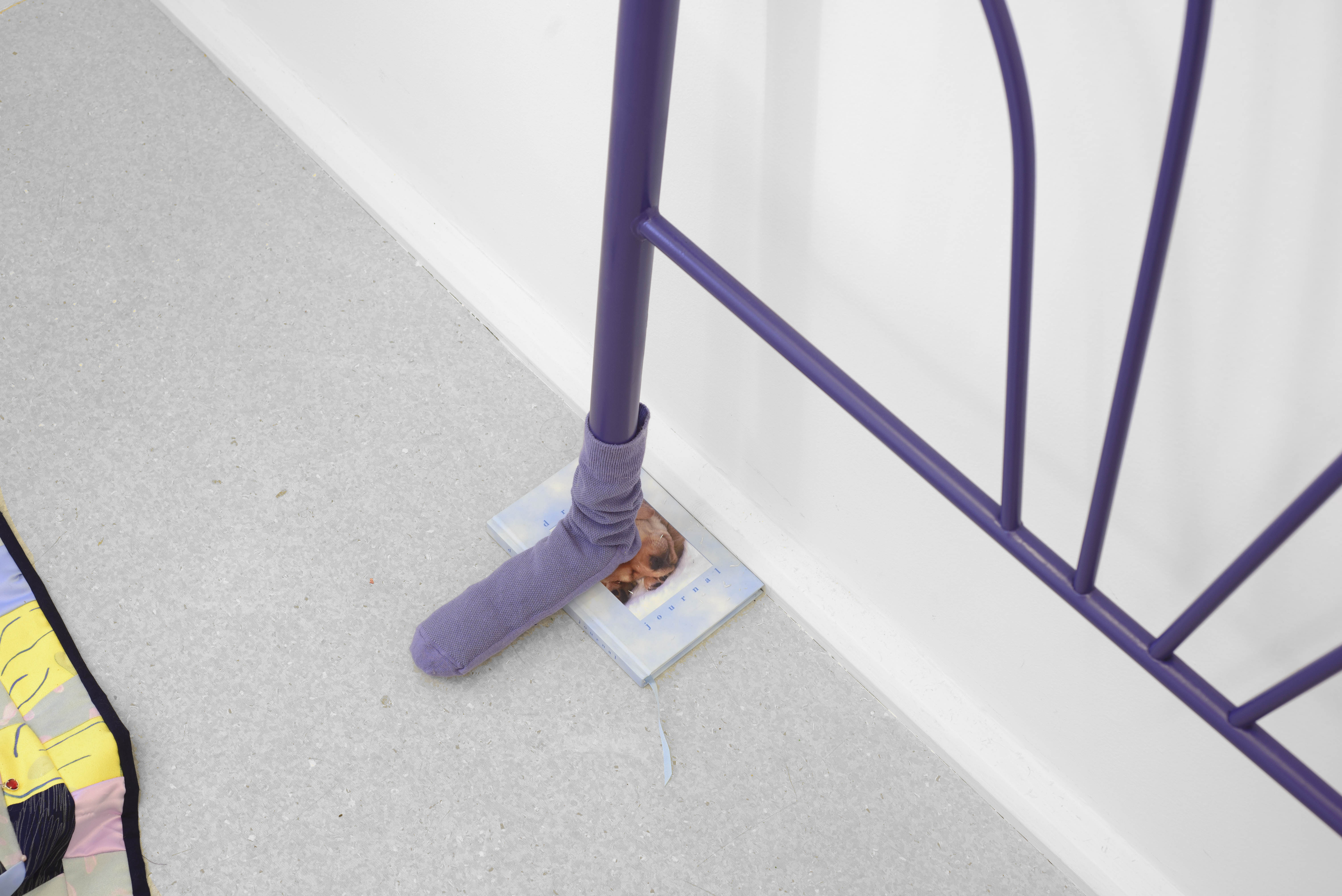 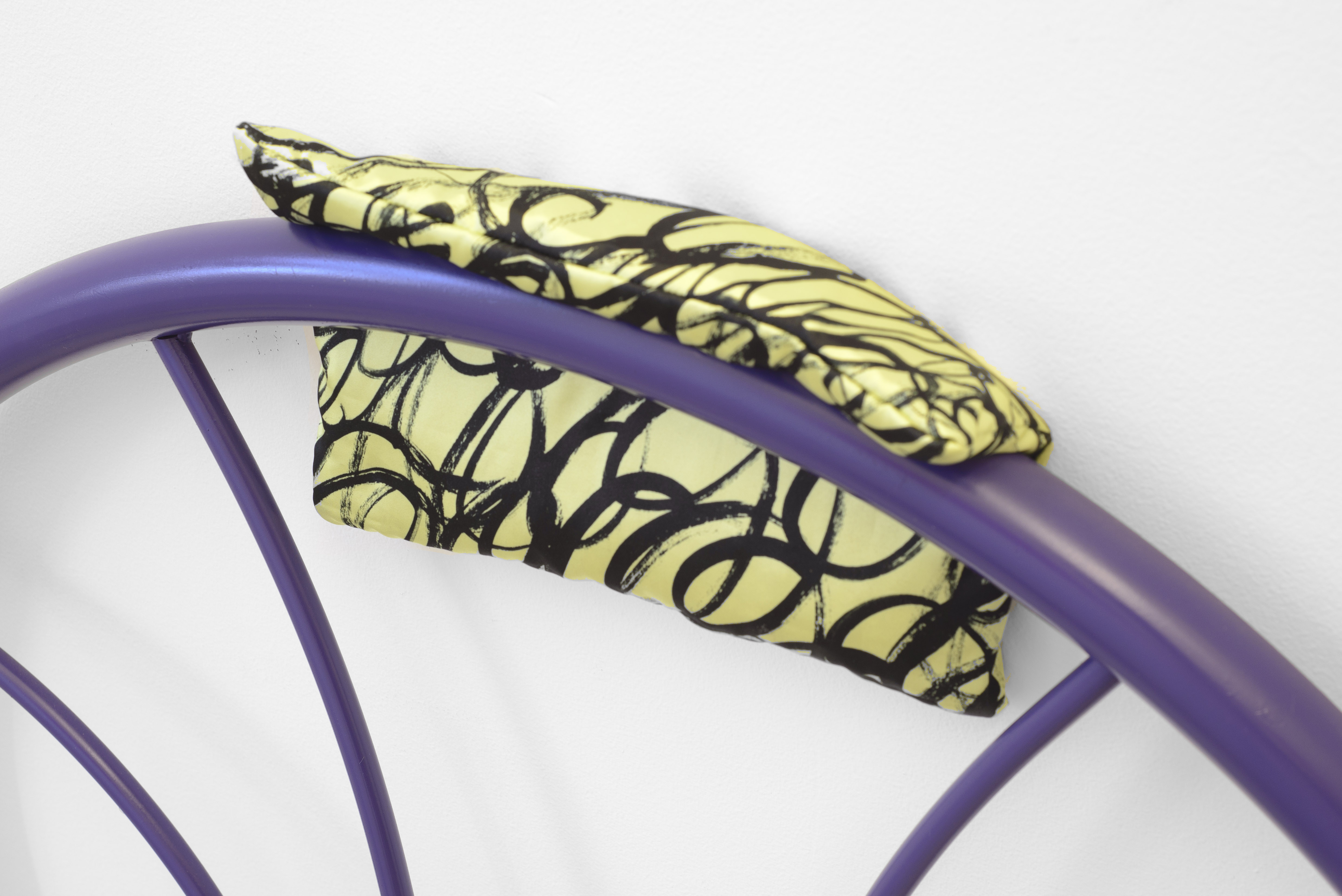 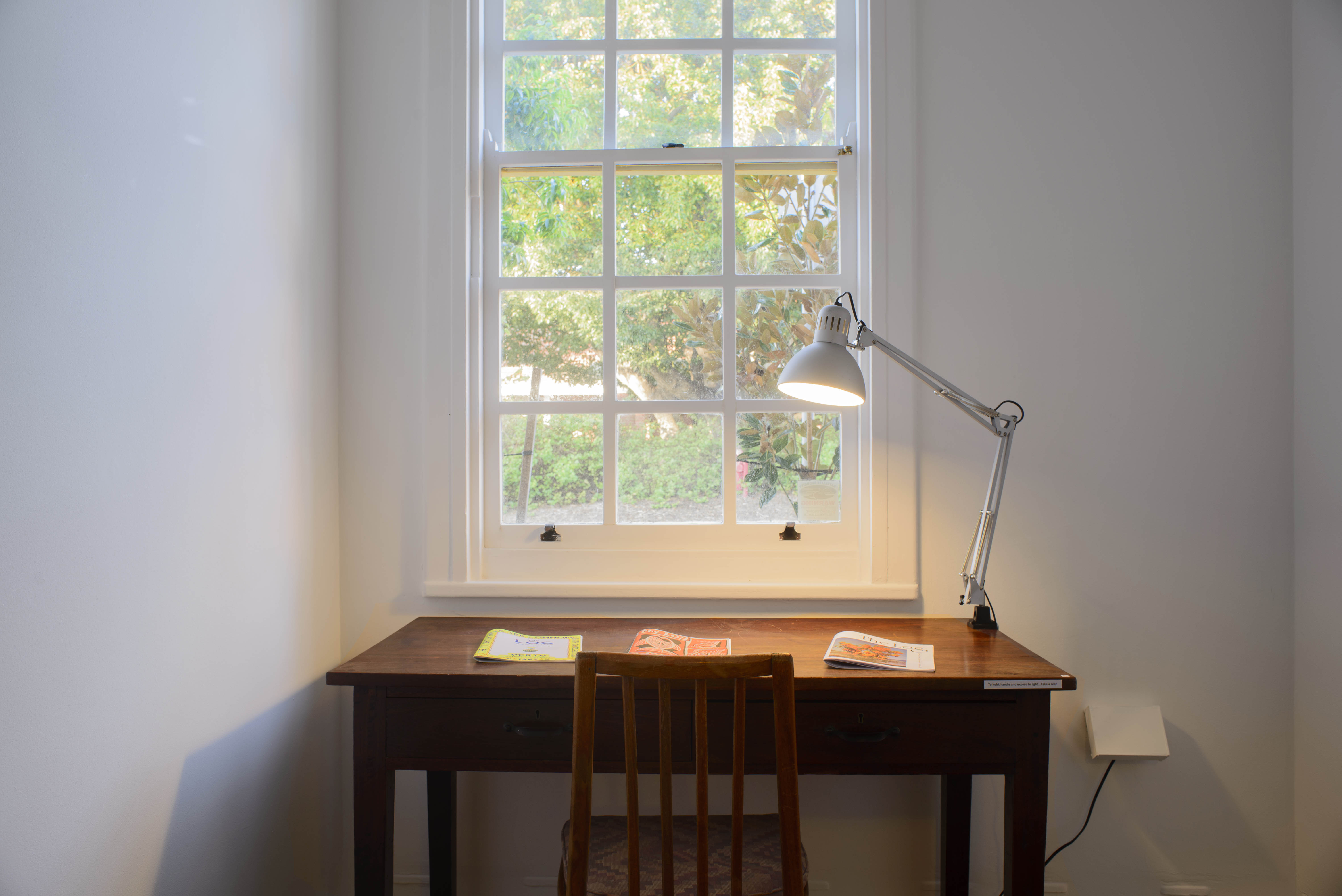 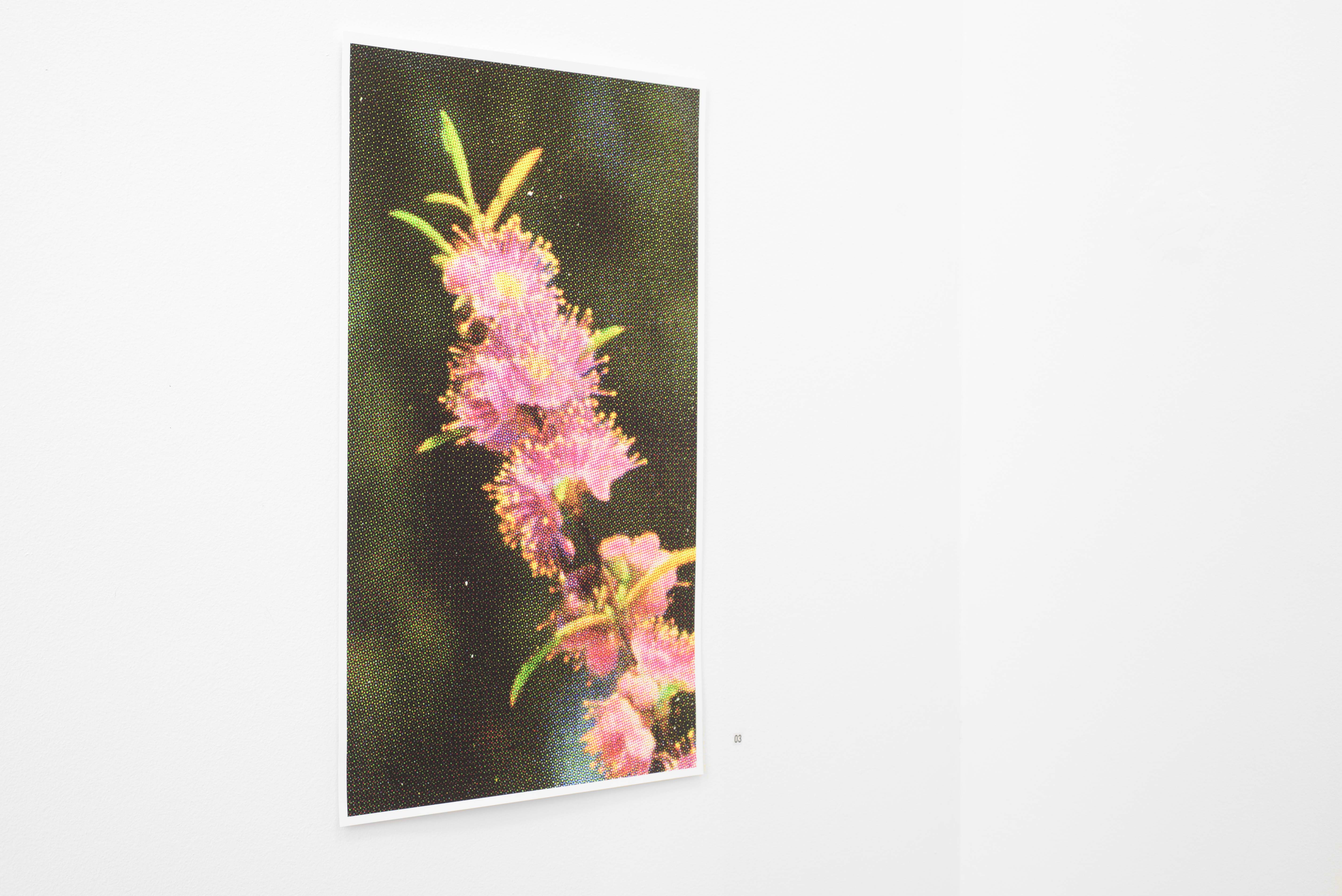 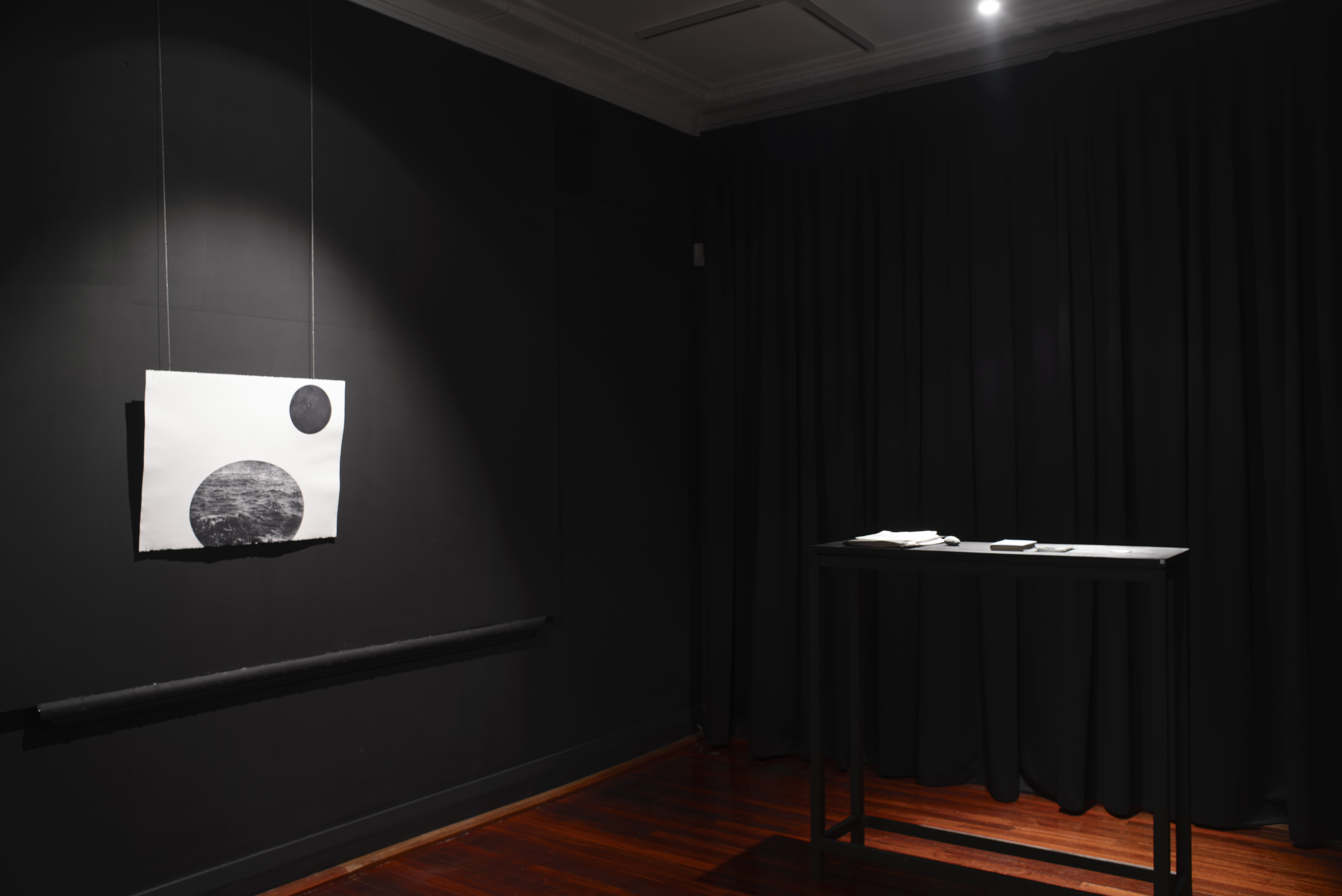